Motivation
It is been long since I went to Mt. Elomendi, EA2/NV-037. I did it just once back on 2012, and I decided to go there again with Jorge EA2LU.

Driving directions
• Exit Pamplona towards Noain (road PA-31 and AP-15)
• Once arriving in Noain, continue along East towards Jaca (road A-21)
• After Elorz, take the exit nr. 16 and follow straight towards Monreal (road NA-2420)
• When reaching Monreal, leave the road at the middle of the village in a big square and follow an asphalt route towards Elomendi. 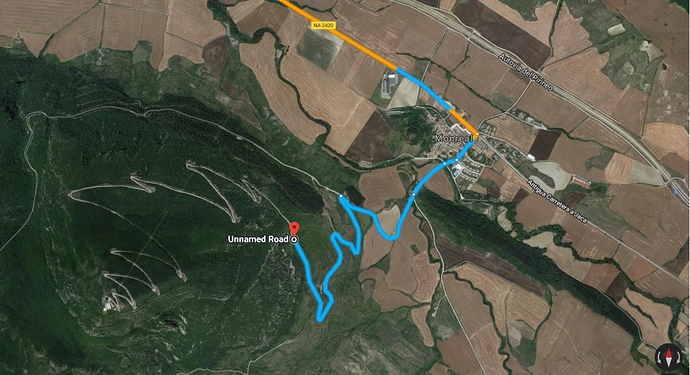 The road goes up zigzagging to the summit, where there is a large TV and communications relay facility. Nevertheless, the road degrades from mid point and you need an off-road vehicle if you don’t intend to climb and want to get on driving to the very summit.
Else, you can park at any point and go up hiking. It is a steep trail, and mountain sticks are advisable.
See how the trail goes up straight crossing the road here and there:

Summit is fully occupied with buildings and a big comm tower that resembles Eiffel tower a bit. This fact reduces the beauty if this big pyramidal mountain: 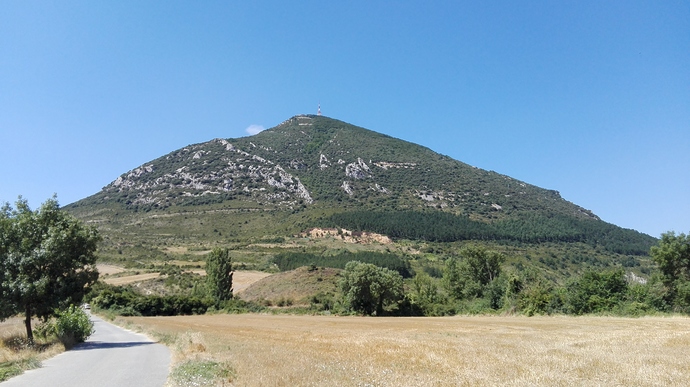 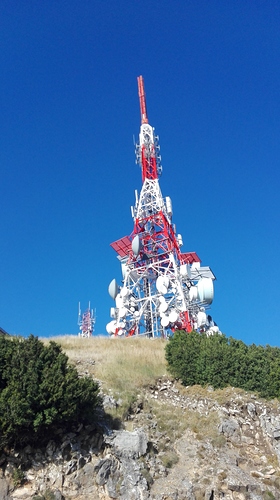 In order to carry out the activation it is better to descend a bit separating from the huge tower while still being on the activation zone. The porch of a small chapel was used by EA2LU as for his operating shack, while I moved a bit further appart on the hill to install mine.

The weather was really fine, not very hot and not windy so that our fishpoles could be easily installed and held vertical even without any trig point on ground but just some guying. 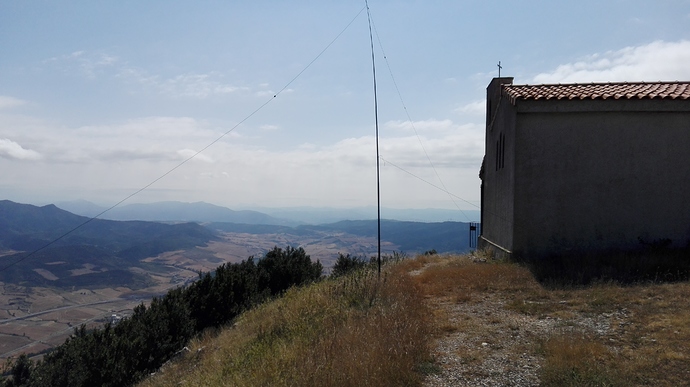 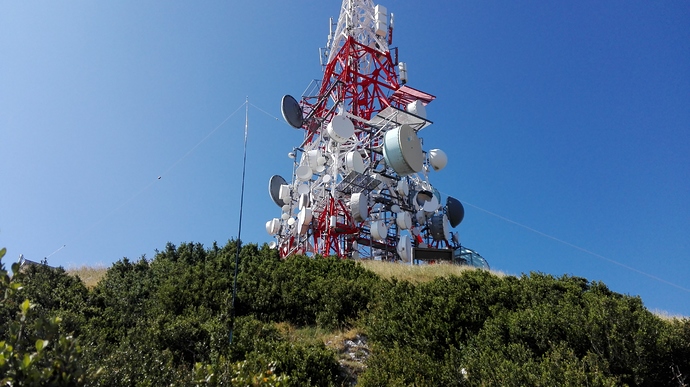 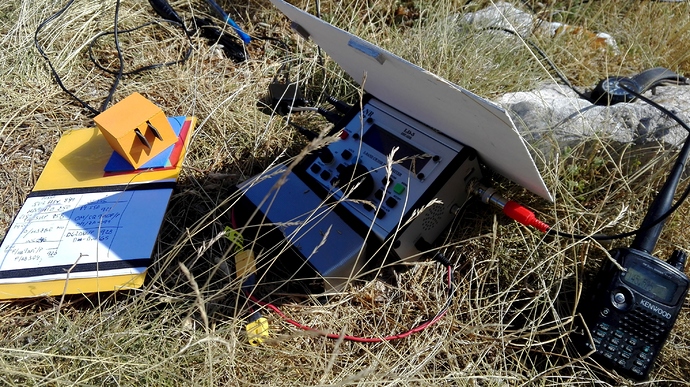 We activated on CW and SSB cycling along the bands trying not to interfere between us. We enjoyed with a large number of S2S qso.

I had a curious problem: at the end of my activation I scanned on 20m CW looking for any other activation in progress and found YO/HA8BE/P calling there, I called and called him but couldn’t make the S2S. After checking on Sotawatch I discovered he was spotted on 40m CW, but I was hearing him on 20!!
I QSYed to 40m and there he was calling CQ and logging qsos. I QSYed again back and forth and to my surprise I was hearing him on both frequencies at the same time!
I called Jorge to explain this and he found the same strange behaviour on his rig.
A pity I finally couldn’t make the S2S as I was not heard by him… Perhaps he’s got a defective band filtering on his rig.

I had beautiful views and the big city of Pamplona was at sight towards Northwest. 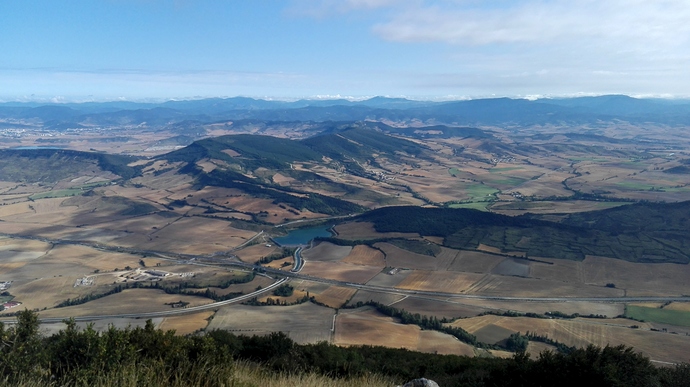 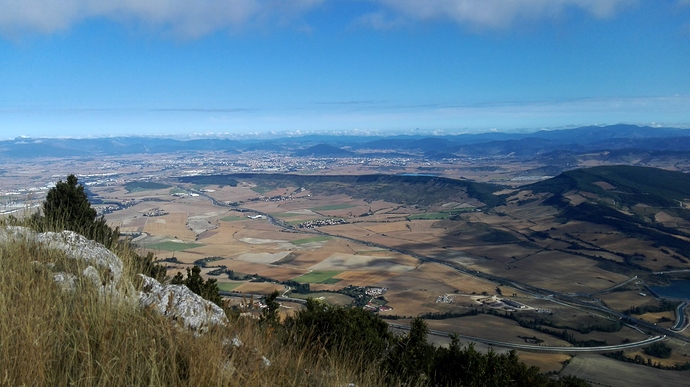 This mountain breaks with ease the cloud sea in winter time. Watch it as seen by me from a distant summit back in 2016 (Elomendi at right hand side): 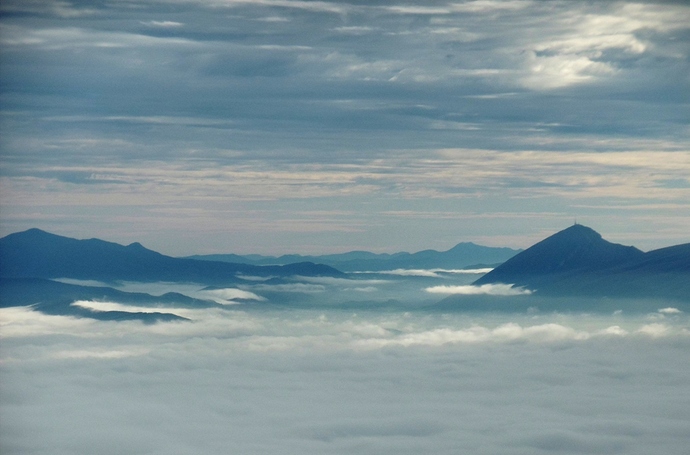 Surely the sloped shapes of this mountain helps a lot in wave propagation. Would be just fine to have a contest building on top there

Thanks chasers and activators.
73 de Ignacio