The main purposes of my activation today were:

I tested 4 different antenna setups and got unexpected surprising results. So much that I won’t share them with you yet, because I need to dig deeper until I have things clearer. The mAT-10 was not able to tune the antennas on some of the usual bands and this is something I wasn’t expecting.

I unfortunately had twice the FT-817ND frozen problem after requesting a new tuning cycle, despite not having the CW NAR mode selected. This forced me to disconnect/reconnect back the 12V external battery in order to get the rig back into life. Not good…

The 4 different antenna setups had certain differences but they all were like this, 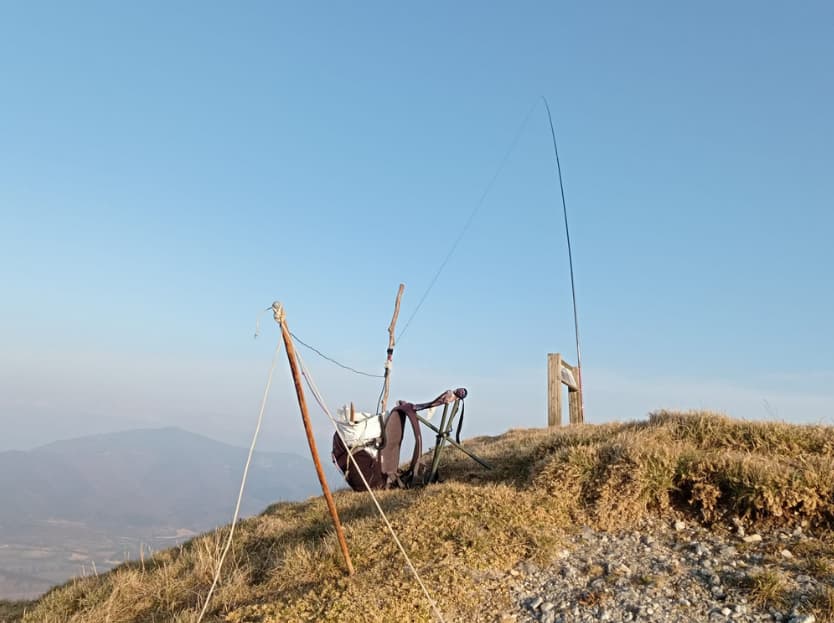 imagen834×623 44 KB
a sloping longer wire hung from the top of a 7m long telescopic fishing rod and a horizontal shorter wire.
The differences were on the length of the long and short wires, the use or not of a CMC (common mode currents choke) like this one: 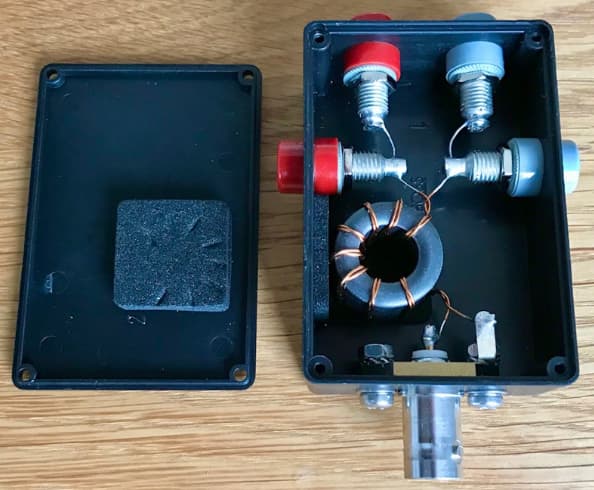 and the use of a 9:1 unun instead of the shown CMC.

Propagation conditions were not good for DX today. I heard yesterday on TV that a spectacularly unusual aurora was seen the night before in Finland and that means we would be getting the bad stuff from the Sun…

After a bit over 3.5 hours operating on 40m-CW, 17m CW, 20m-CW and 20m-SSB, with some pauses for testing the mAT-10 tuner on different bands and also for changing different antenna setups, I finally logged 93 QSOs, 8 of which were S2S and 1 was DX with the U.S.A.
You can see it on this map: 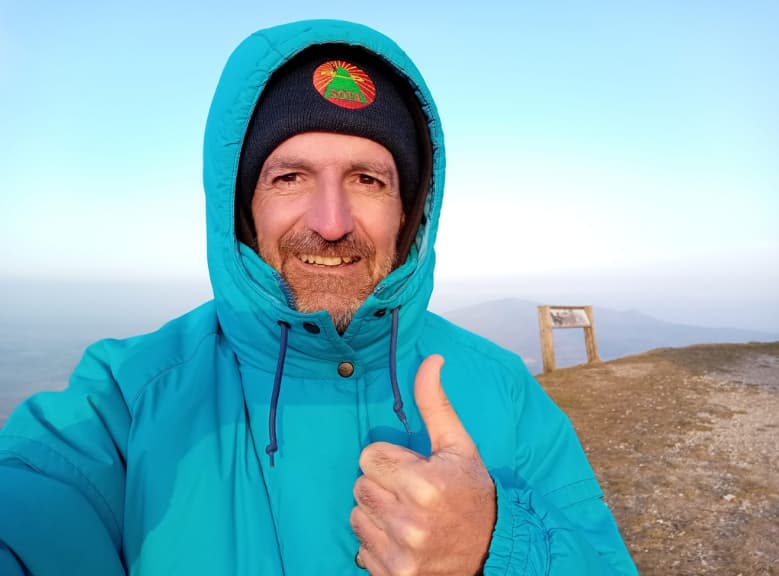 I got really good signal reports from some British stations and I’ve been thinking that my signals might have got enhanced by the backscatter effect which is also stronger when there are auroras. Should this be the case, the British stations were receiving my direct signal as well as my reflected signal coming back from the place somewhere in the middle of the North Atlantic Ocean where the ionized clouds causing the backscatter are. This is just a theory that just came to my mind, though…
That strongly ionized cloud reflecting my signals back to the East and enhancing my signals heard in England, would also be blocking my signals to the West into the other side of the Pond. The same problem would happen to the NorthAmerican signals, as many activators were on 20m at the same time as me and none of them were heard here.
Well, who knows what really happened. This is the magic of the radio waves. Since no one can see them, we can just imagine what they do…

Today’s summit was a 4 pointer. With the 3 additional winter bonus points, I’m now at 944 activator points and a little bit closer to MG. I’m thinking now that it may be possible for me to get there this year…

Thanks dear chasers for your calls and QSOs. I really enjoyed the activation and it was great working SSB and having the chance to briefly chat with some of you.

Antenna testing must explain why this activator was jumping bands this morning. Hihi. I was listening carefully but could not hear you on this side of the pond on any bands. Better luck next time. Let us know more about the antenna design when you are satisfied.
Stay well & 73!
Mike, WB2FUV 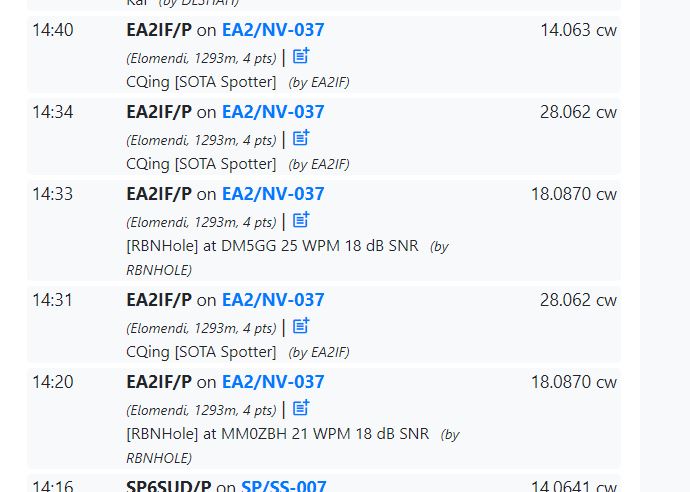 Hi Mike,
Thanks for stalking on me. I’m sorry we couldn’t make QSO, but conditions were not any good for transatlantic QSOs.

Regarding the spots you saw and you’ve posted, I want to explain that I actually was CQing on 17m at 14h20. Then I selfspotted and started CQing on 10m by 14h31, but somebody probably sent my callsign asking for me on my previously spotted 17m band frequency and this triggered an RBNHole spot at 14h33, but this was false and I was still CQing on 10m when this 17m spot was displayed. I saw that wrong spot on my phone and in order to prevent people searching for me on 17m, as well as to confirm my presence on 10m, I selfspotted again on 28.062 at 14h34.
With no takers at all on 10m, I QSYed, selfspotted and started CQing on 20m by 14h40.

I’m missing my transatlantic QSOs, they seem to be hard come by these days.

I hope you get your tuner worked out Guru. I struggle with RF feedback with my QCX amplifier, things are a bit better since I bought a higher quality, fully screened (and OFC

Good job on the journey to Mountain Goat, you’re almost there, keep going!

Thanks for the contact Guru, I followed you about for quite a while untill I could hear you nice and clearly but my patience paid off. Thanks Hope you’re feeling ok mate.
Stay safe and Best 73 to you and yours

Below is my SOTA chasing shack and antenna 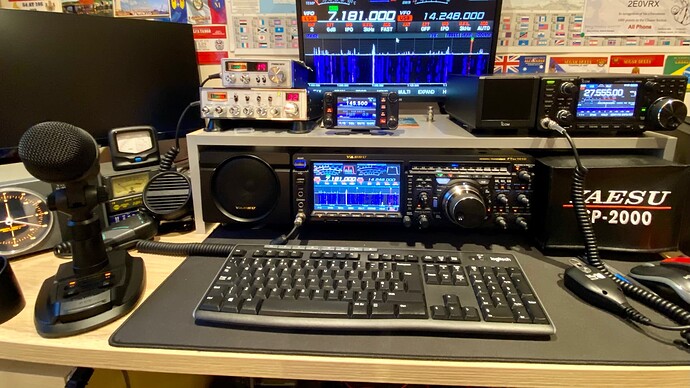 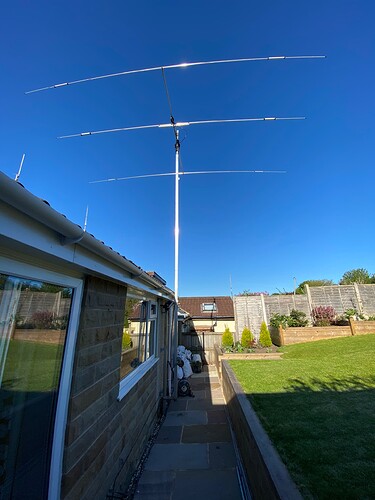 Congrats on your impressive and nice looking station.
When I’m home, I often hear you chasing too.
I hope there will be many more QSOs.