Within my new target of activating all summits in a 35Km circle around my QTH, I chose Mt Elixato for today. It had been activated on VHF but never on HF, so it would presumably be an interesting one.
The sky was cloudy but temperature was amazingly warm for this time of the year and there wasn’t any chance of rain forecasted.
I downloaded from Wikiloc a GPS track to the summit from the little villeage of Gendulain.
You can see the track at the top right corner of this map where you’ll see its location with respect to Pamplona, Navarra’s capital city. 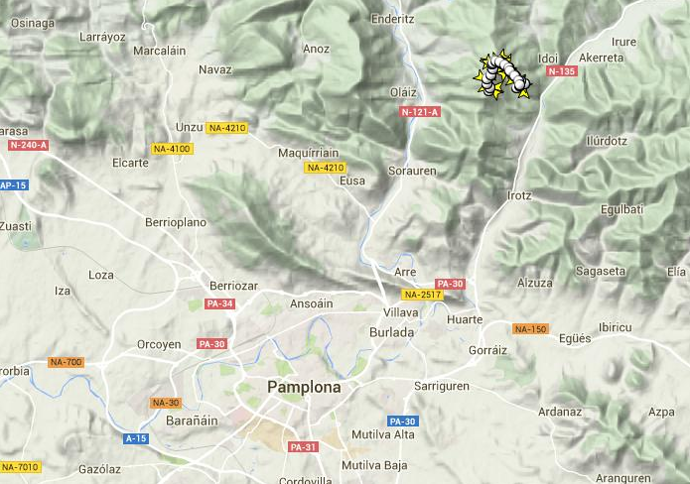 This is a closer look to the track I followed: 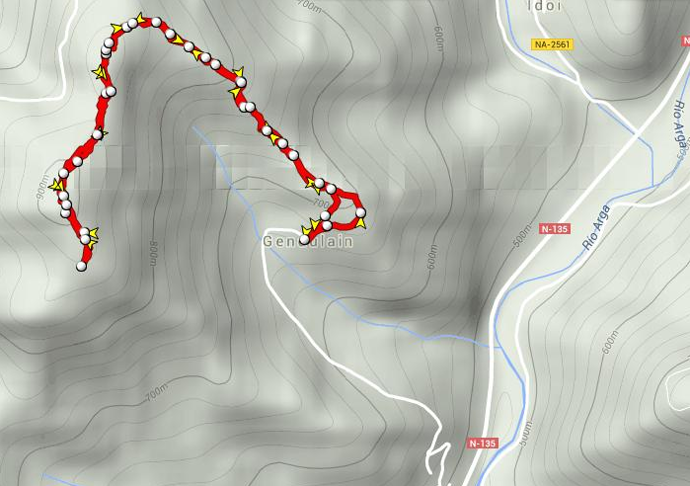 There were some works in progress and despite being a Sunday, the road to the village of Gendulain was closed, so I had to park by the main road N-135 and walk the road up to the village.

While walking up the road I took this picture of the targetted summit and the previous summit close to it, called Otsakaingo Gaina. 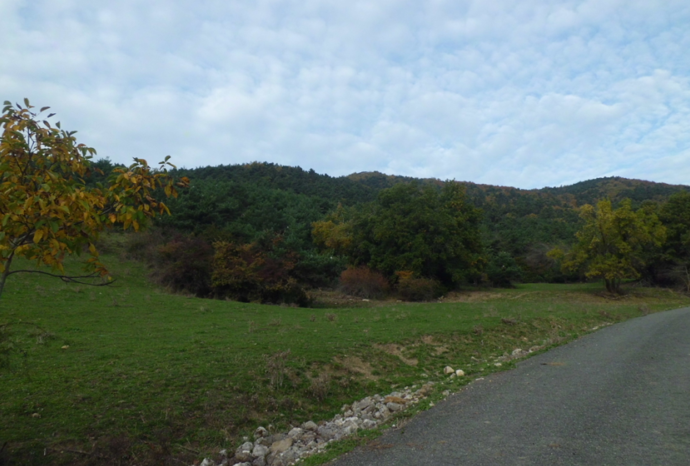 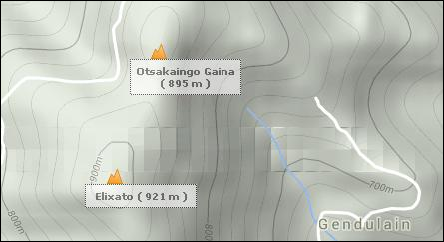 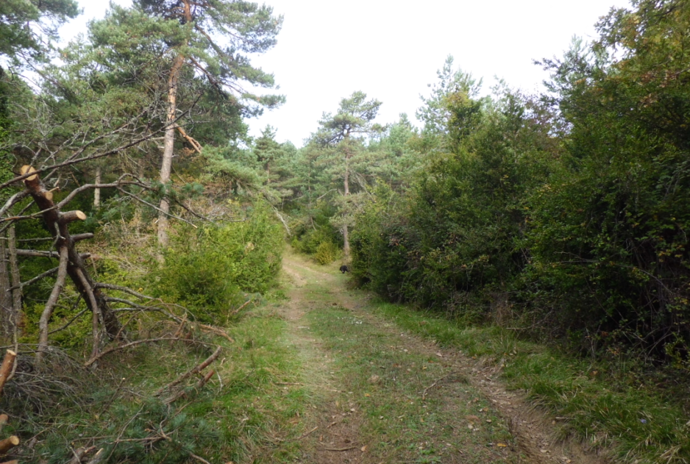 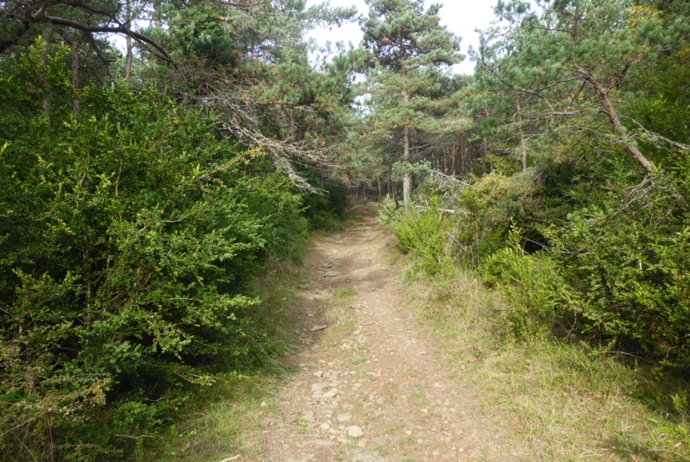 Sometimes I had to cross some gates like this: 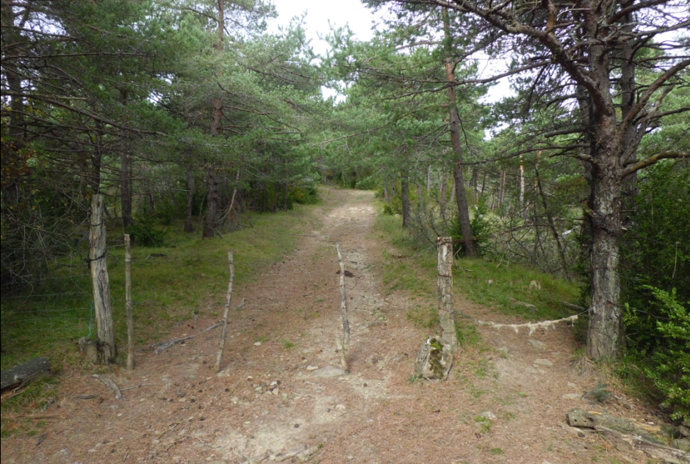 After nearly one hour hike, we got to the summit, which is surrounded by dense forest: 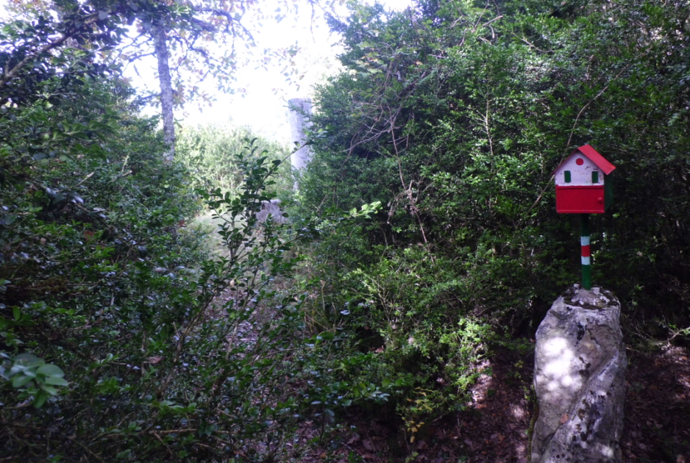 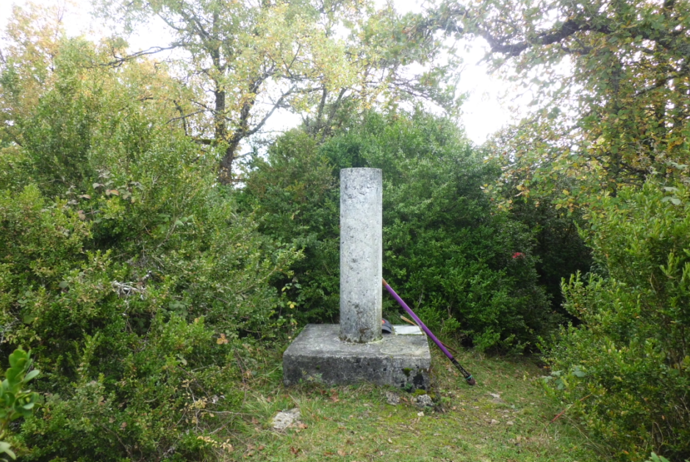 I quickly installed my 7m fishing pole again attached to the top of the trig point cilinder with 2 sets of 2 horizontally elevated wire radials in opposite directions: 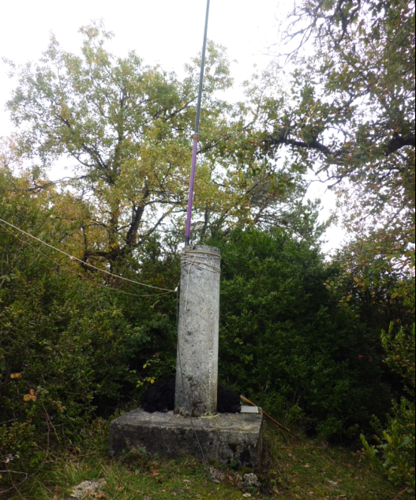 I informed some of my friends through whatsapp that I had got to the summit and I was setting up to start on 30m CW. As soon as I made my very first CQ call on 10130.5, Ignacio EA2BD replayed, we completed our QSO and then he raised a spot for me. Thank you

I got a nice pile up and managed to log 22 QSOs in 17 minutes.
Then I QSYed to 20m CW, where Roy G4SSH came back to me after my very first CQ call without having sent any selfspot. Well done!
The pile up was smaller on 20 because there were many chasers who had already worked me on 30m. However, I logged 24 QSOs in 23 minutes.
When the pile up dried up I QSYed to 12m, but I didn’t want to stay much longer because time was passing by and It was time for me to get back home as we were expecting some friends coming over for lunch.
I called CQ on 12m but another station from Germany started to CQ on my frequency at the same time. His signal was weak and I could hear him with difficulties due to echoes. It’s very likely that he wasn’t copying my QRP signal. I only logged one QSO on 12m but, to be honest, I’m in doubt that he really worked me and I fear he might have worked the other German station on frequency. Since I’m not sure but I can’t find it out at the moment, I’ll keep it in the log, just in case. 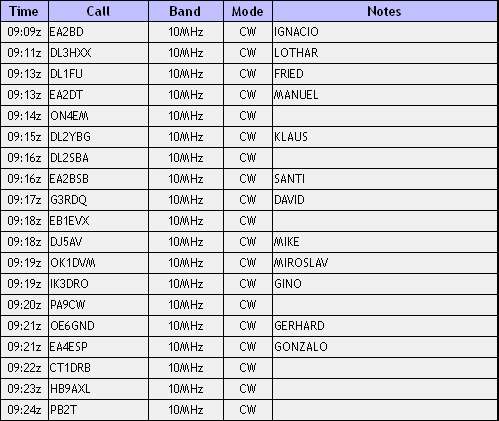 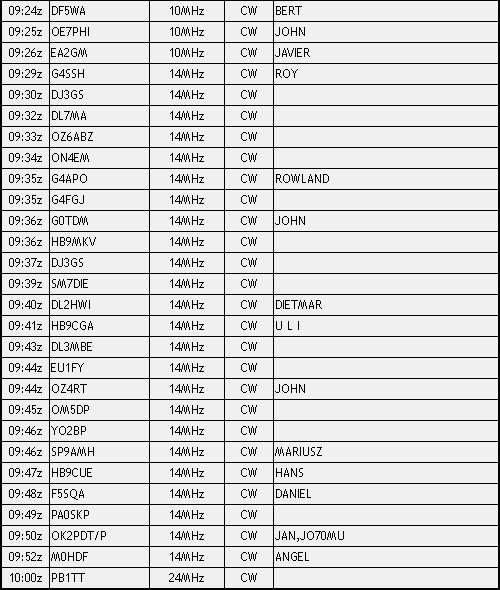 On the way down I enjoyed the views and took some few pictures of the nice countryside: 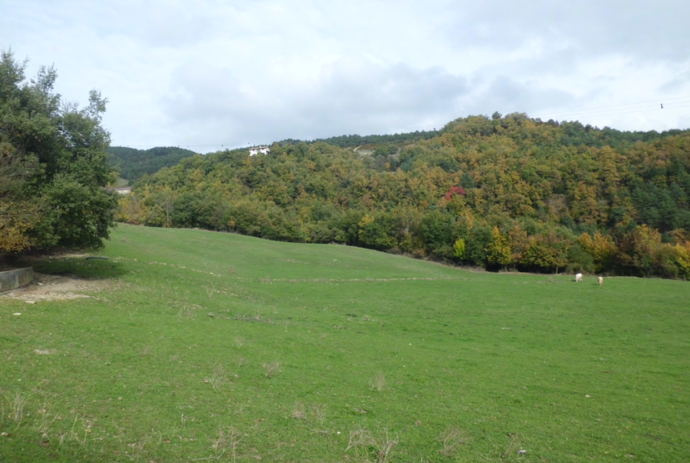 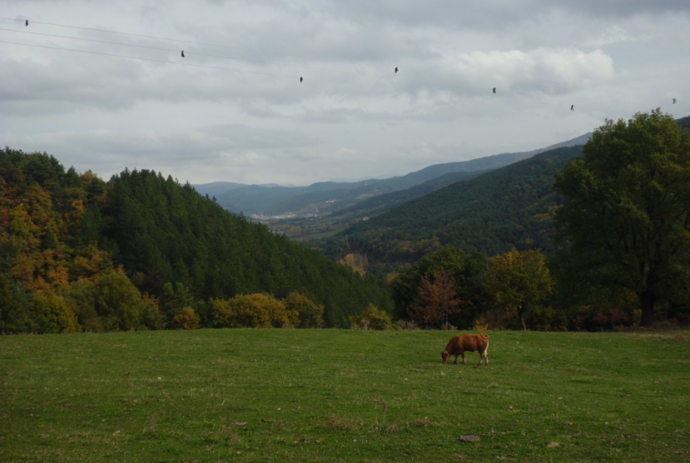 Thanks again dear chasers for another nice time on the air. I really enjoyed a lot working you all.

Have a nice week and I’ll be looking forward to working you again soon from another summit.

Hi Guru, well done.
In fact I was about to send the spot on 10 MHz for you this morning when I saw that RBN had picked you and send the automatic spot. Such a nice feature!

Congrats for a new one! You are so often on mountains nowadays that I am getting used to it. Maybe I decide to turn the radio on at Sunday mornings and just wait for your sigs to come on 30m, hi…

Thanks for a very complete report, maybe you can add a link in the summits section as I find it useful for future expeditioners.
Take care, VY 73 de Ignacio

maybe you can add a link in the summits section

Nice to read your story abt the summit. And tnx for the contact and the points. Your qrp signal was vy good to copy.

Good luck es cuagn on the next summit.

Dear Tonnie,
It’s been a long time not copying you since you last chased me on March 29th.
I’ve been missing you in the pile ups of the more than 30 activations I’ve done on HF since then.
I’m glad to have you back on my log.
Propagation conditions were good on Sunday and the 7m long GP with elevated radials perform very well on 30m.
I’ll be looking forward to copying you again soon in the pile ups.
Take care and best 73 de Guru.

yes I was not so “radio-active” begin this year. That’s because my other hobby is cycling. And once in the 4 years there is Paris Brest Paris. It’s a 1240 kilometers race and you have to complete this in 90 hours. That was in Augustus this year. So I had to train serious for this race.
I made it in 87,5 hours.

Congrats, Tonnie, for the 87,5 hours to cover the 1240 Km of the Paris-Brest-Paris.
It must be a tough race.
I understand now why you’ve been out of the radio for a while.
I saw the race started in St. Quentin en Yvelinnes and let me tell you I’ve been there many, many times for business.
I hope you’ll chase me among other activators while you get some rest during winter time and plan for next year’s cycling new challenge.
HPE CUAGN SN from another summit.
73 de Guru