After several days of miserable WX with lots of rain in town and snow above 800m a.s.l., the mountains around Pamplona were looking beautifully white under the sun we finally had today with a beautiful blue sky.
So I decided to go out with my 7 (almost 8) years old son to have a good walk on the snowed Artxueta mountain, which I had never activated before.

Here you can see its location near the National Park of Aralar at the North-West of Pamplona: 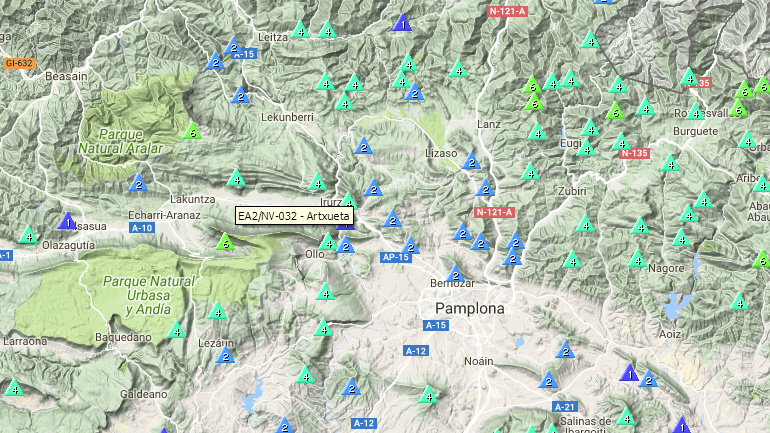 This can be a drive-on summit because there is a road up to the summit, but it was a totally different story today. See how it was the mountain road at the very begining of the ascent: 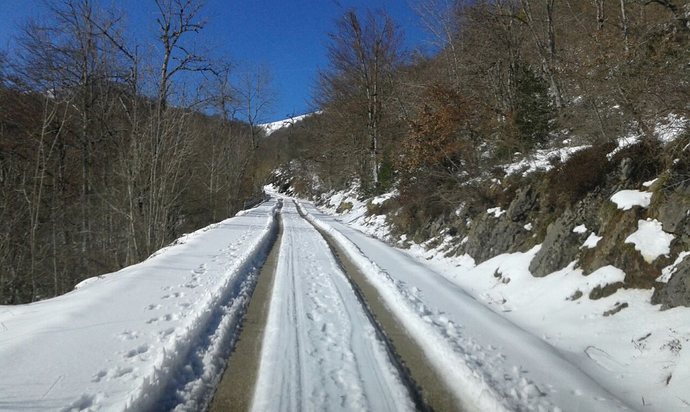 I drove like this a litlle bit further but the snow thickness was increasing as we kept ascending and I decided to park the car at the side of the road after I found a couple having troubles to get out of there with their car.

Once we parked, we walked on the snowed road. See this picture taken looking back: 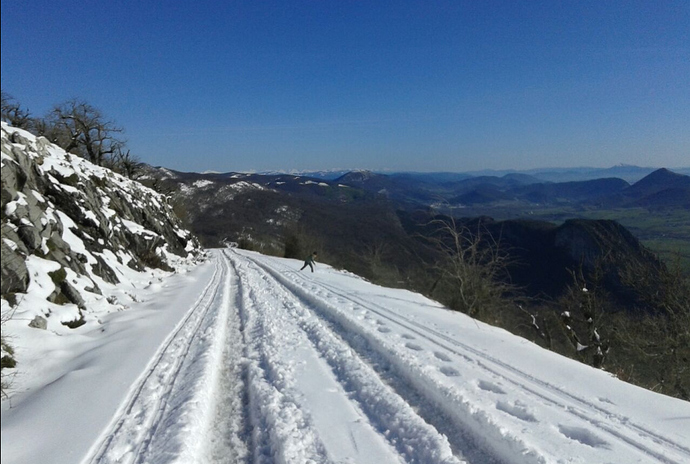 The temperature was nice with no wind at all and we were hiking on the sunny Southern side of the mountain. However, my son was not too motivated to keep hiking and I had to make use of all my motivating strategies to coax him to keep on moving upwards, sometimes pushing/encouraging him with my words, some other times helping him with a bit of pulling from him with Dad hand.
It took us long but we finally made it to the summit.
There are several telecommunication towers and antennas on this summit.
I quickly set up a bit too close to the towers and after unsuccesfully trying to selfspot on 14.062 and after a few unresponded CQ calls I decided to QSY to 30m instead of lingering on a too noisy 20m band, probably due to the close telecommunication towers.
CQing on 30m quickly produced some few QSOs.
After 7 QSOs in the log and no more chasers responding to my CQ calls, I decided to QRT because we had quite a long way down to where we had parked the car.
After paking up and before descent, some people showed up in the summit and they took us this nice picture. 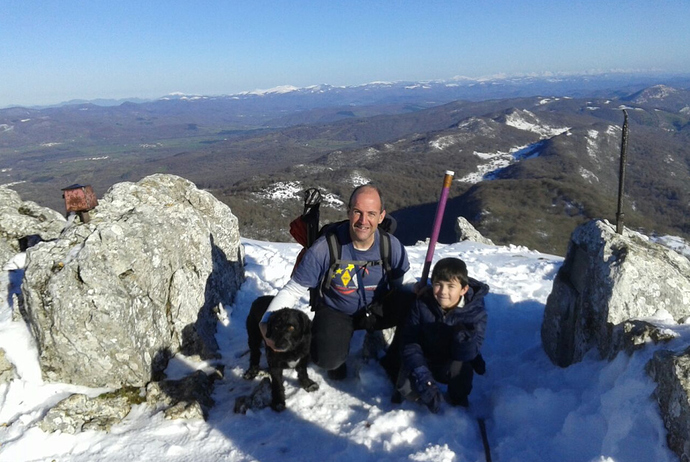 A brief activation but a very nice time in the snow with my boy and our dog.

Thanks dear chasers for your calls and QSOs.
Best 73,