Evening before while looking at the weather forecast I made the snap decision to activate the new GM/ES-088 Creag an Dail, with possibly a quick visit to GM/ES-015 Culardoch.

Stuck my bike in the car and off I went at 0700. Probably passed Simon GM4JXP on the road, my car thermometer also saying -10 south of Braemar. Parked at Keiloch, just one other vehicle in the car park. Bike out and off I go, pretty chilly at -8. 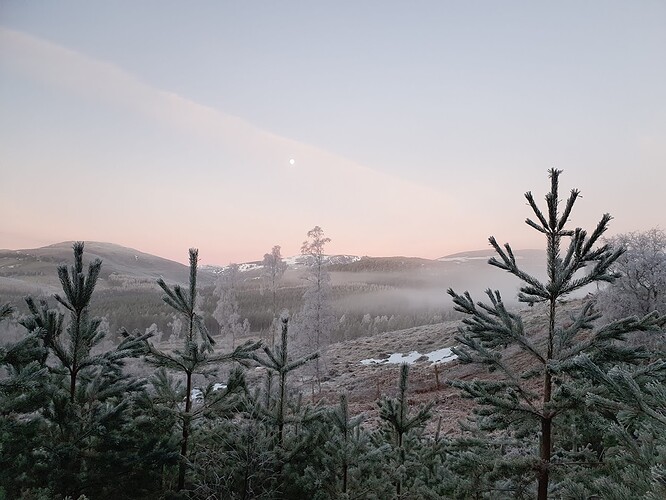 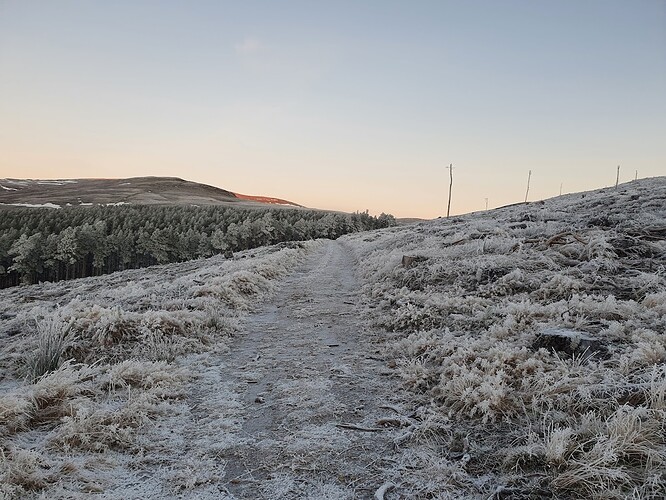 1GFnZuGDIgiX_b-0cLdksRFqvj1EOh9iaTPdw2up_qboXO-keSGhiOD1kBlWPq3EwJcoq1W5I0xTiD3rpzDUIErkZ6sFD_wgWb-TI8FsvVwR9SUaa5dheyIaMrW-5uaTMS51pVIQpsEtBkvOVluS0Cw5k5JpXTt15efUXLc7andI8c43IoT_Yf827VZy5_p6TcI_v0WVrsGAIp3Q_4L1273×955 404 KB
I took a track through the forest, mistake as slippery and hard to get traction. Should of gone further on and stuck to gravel estate track. 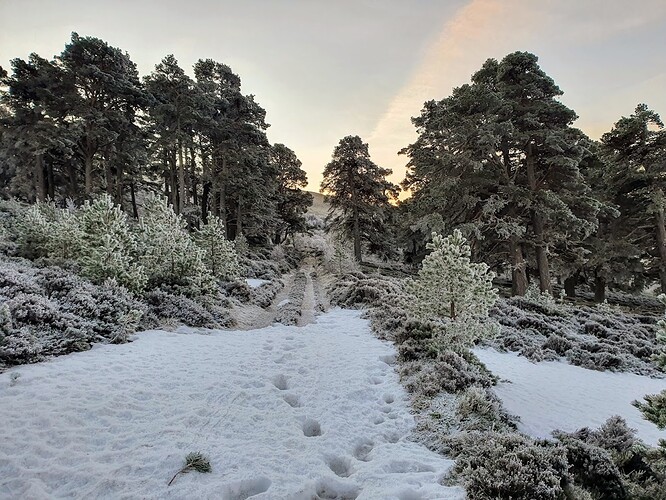 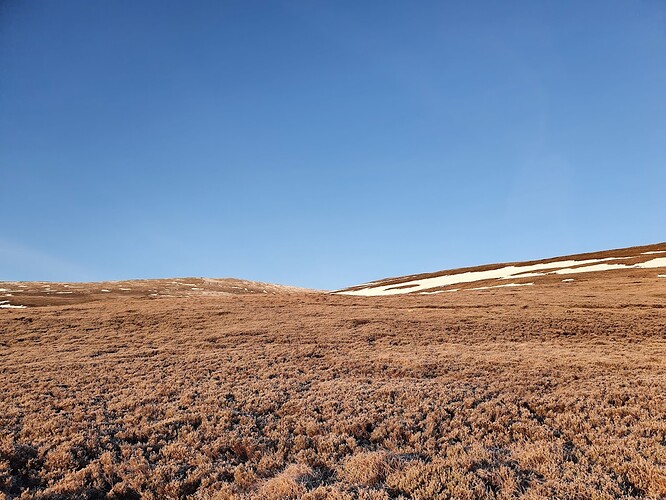 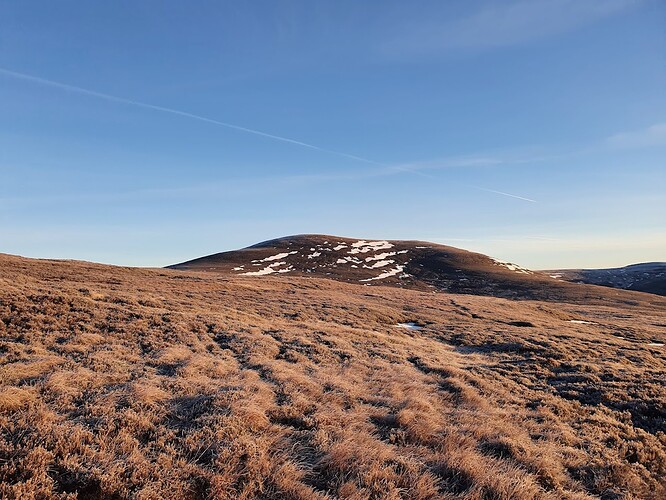 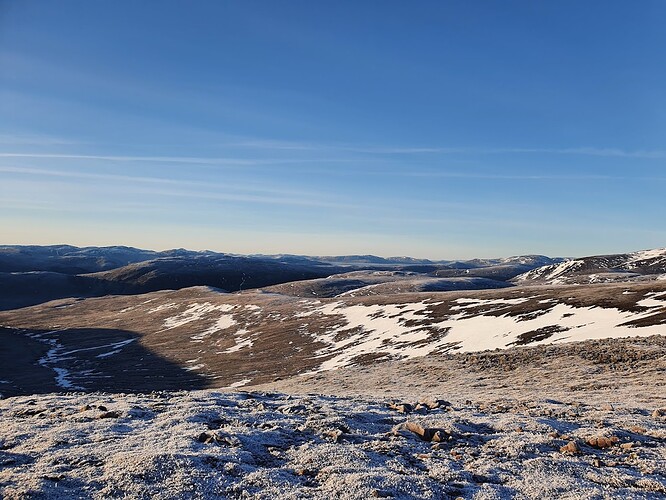 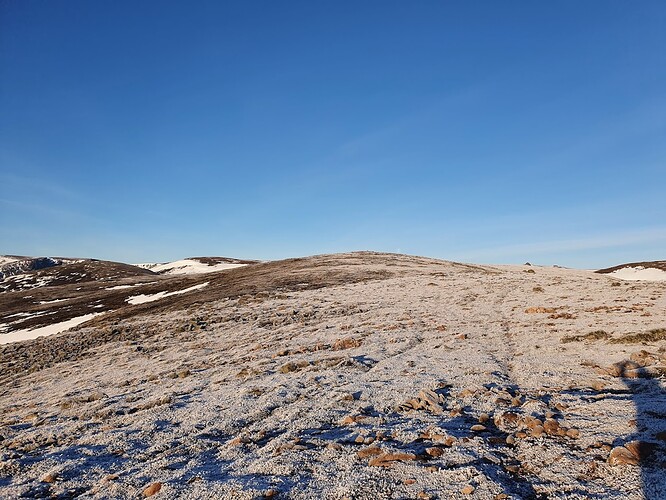 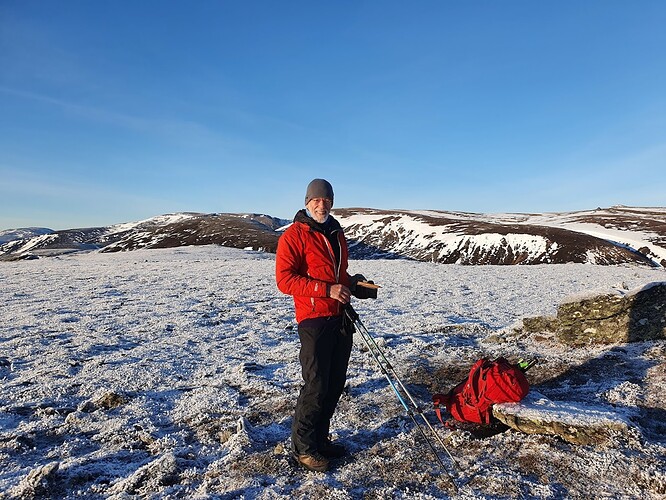 AZy6XleV4u3ibHy6ulZIvHxkJuAjv2wmrEKDP5JBAToX8upD99SVGywDD6-vyIt4noDRqGPzFXuc51q502XbdffI2Wl2p3N4UGCiywjEe8wtfeHojExaoszRZJfKn3nYDe79y0avSJkE79gdKOltcYAoYa2LsLHG44nwngXvRSlBZJ8fXeXiRFU8u27-nK9MW3qCP5p1oCyHeGHD5sv1273×955 432 KB
Got closer, a red jacket in the distance. Got to the summit and then it clicked “Colwyn?” in reply “Yes, Gavin?”!! Of course it was MM0YCJ who had travelled up previous evening, had a very early start and had completed his activation! We had a nice chat for about 30 mins, highlight of the day. We meet people on the radio, in many ways get to know them but rarely meet face to face. I got set up, Colwyn headed for home and I started on CW. 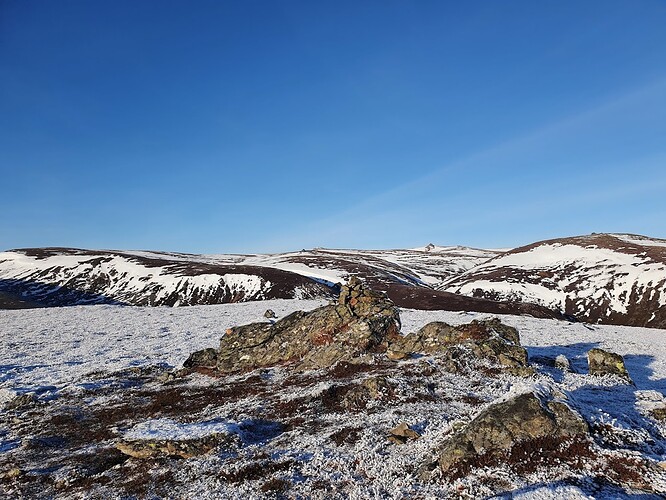 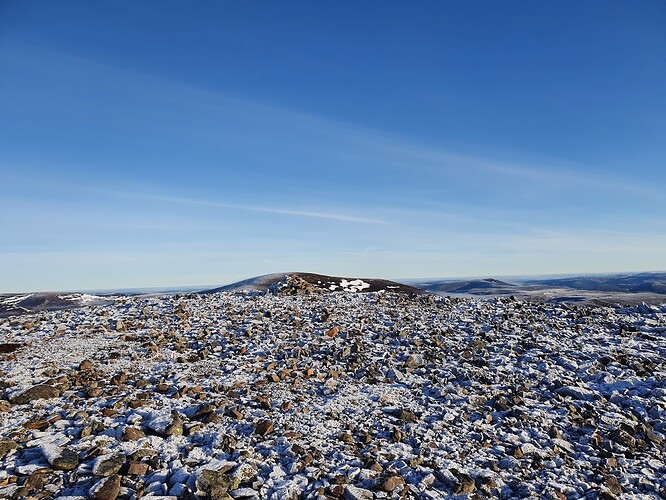 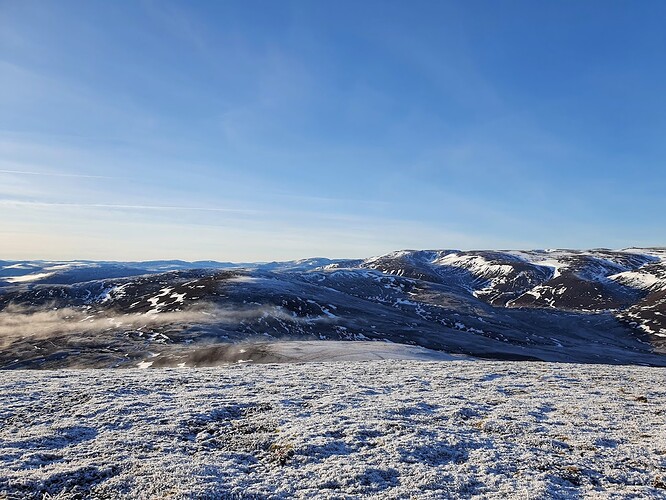 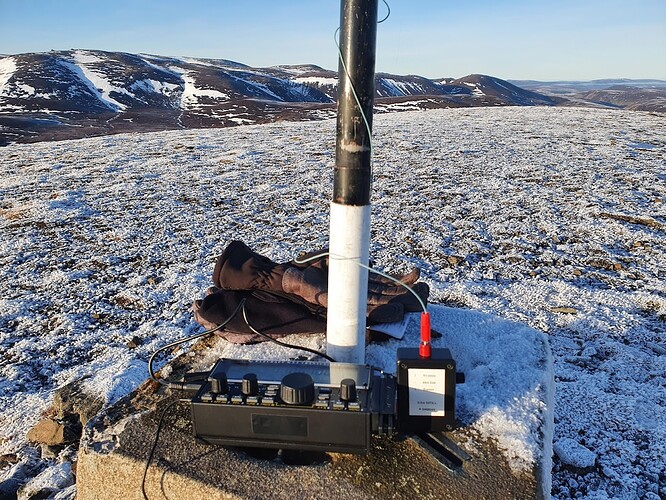 ZMAxsq3rzA3TG-0syltccIlYjt7P3F0NcVTH7Mn0pKByUw525utkdByUCMmw2nwBbq3JBGmEY-NP76oC3iBTHfUsbzuuK6_rF-34i7bbLai3R5FWKceBYRRPk_i5mtRAaLRl8MHG6hkUOChk_PweIZMdsIET4jw2s7vw22EkeNaI4qO8shpikElcRtbzufpWuMiTVkP38DvdLST77vq1273×955 562 KB
A quick 20m only activation from (SOTA Summits) Culardoch. Very unlikely to see anybody else on the summit, so a nice trig point table! 11m long L antenna is near half wave on 20m so works without radials. 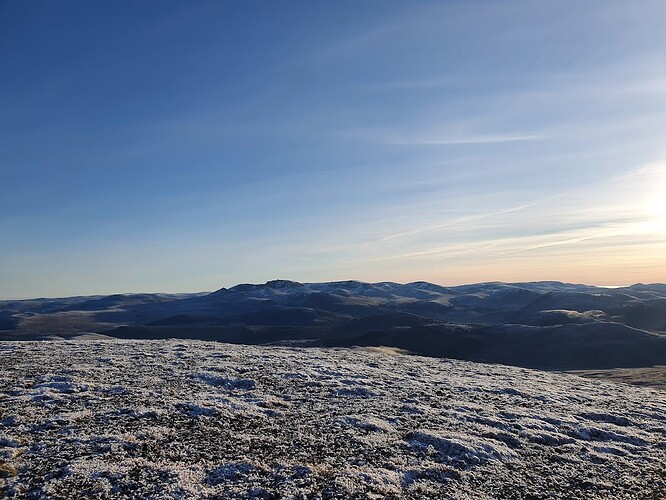 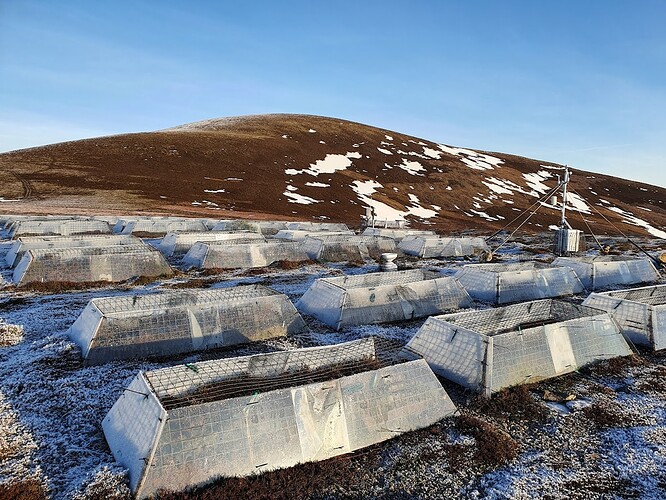 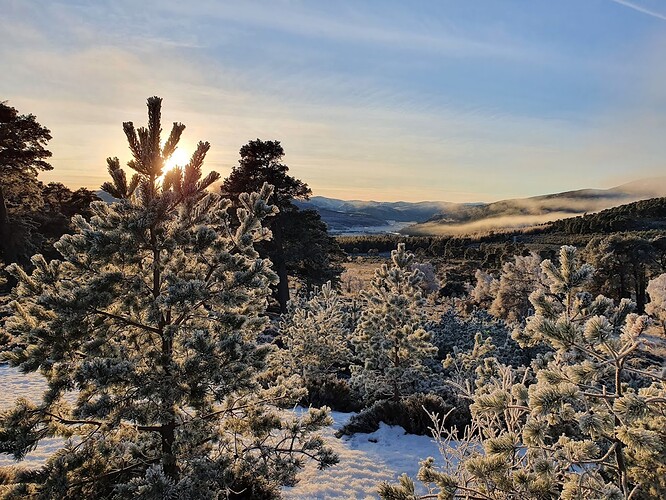 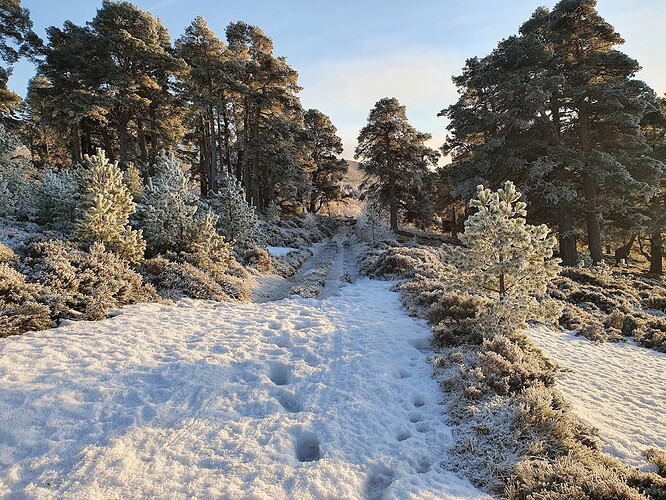 Back at the car at 1445, wonderful day out and great to meet Colwyn MM0YCJ

Hi Gavin, thanks for your report and photos. I always find when meeting a ham for the first time and that I have had many contacts with never look like what I imagined them to look like

Thanks for the great report and pictures Gavin, I did wonder about the sanity of taking a bike up there at this time of year. Well done though!

I spent a fair bit of time examining the “cannabis farm” when Mo and I were up there in the summer. My best guess was it was measuring the type and growth inside the cases versus the growth and variety outside, where there would be free grazing by deer, mountain hares etc… Or is it a climate experiment? I seem to recall some were covered in perspex and there was a radio weather station nearby.

I much prefer Cullardoch to the new one/old one on the other side of the glen. The views of Ben A’An are great!

You and Colwyns antics remind me of tales of the Scottish “hardmen” ice climbers back in the 50’s/60’s, putting up new routes everywhere. Trying to keep crags and new lines secret from other climbers, aiming to get the first ascent. Your mistake is that you announced it on here!

Many thanks for the excellent report and photos Gavin. I’ll pin a note to my file to take my bike for that pair, but I won’t be activating them under the kind of conditions that you did. Very well done on that!

At least you got to meet the first activator of the new summit. I didn’t with Blackwood Hill GM/SS-199… I only got to know I wasn’t the first when in QSO from the hill when someone said “isn’t that the hill that Derek G1ZJQ was on the other day?”

It was a superb day out, and fantastic to meet you on the summit. Meeting you actually made me feel slightly less mad, at least for a time! 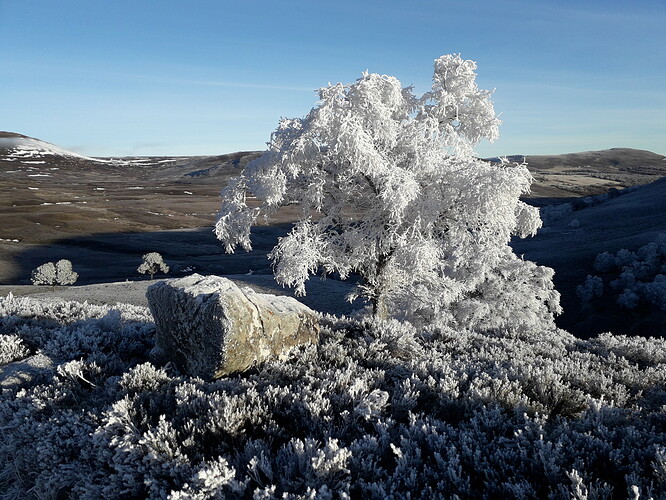 Yes, I agree that cycling on the excellent estate road going near Altdourie, just south of Little Elrick, was my chosen cycle route and was fine despite the frost.

We saw the “experimental cannabis farm” a few years ago one April. There did seem to be some small water feeding bottles and I wondered if they were for raising Grouse chicks, or some other game bird? Or the bottles (which were empty) may just have been watering the vegetation.

I recognised Gavin from photos on SOTA, facebook, etc. So he looked exactly as I expected, and he also sounded the same!

Ask Google the question and you get the answer! 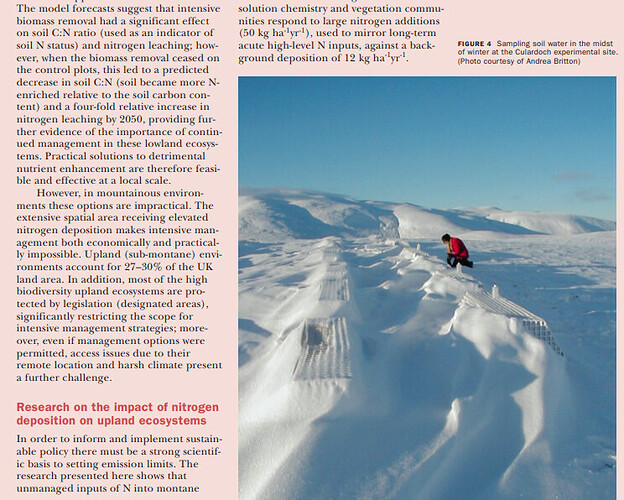 Well I will say that I don’t think that my time on the hill this morning was as pleasant as Coywyn and Gavins.

It started off OK and I was able to cycle the shorter route, the ones walkers would use, thanks to a firm and ice-free surface. 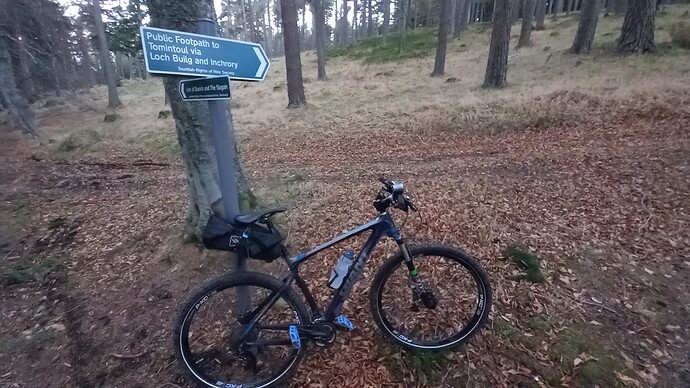 Once on the hill however, the wind picked up dramatically and it was blowing a strong and icy NW at 40mph in to my face. 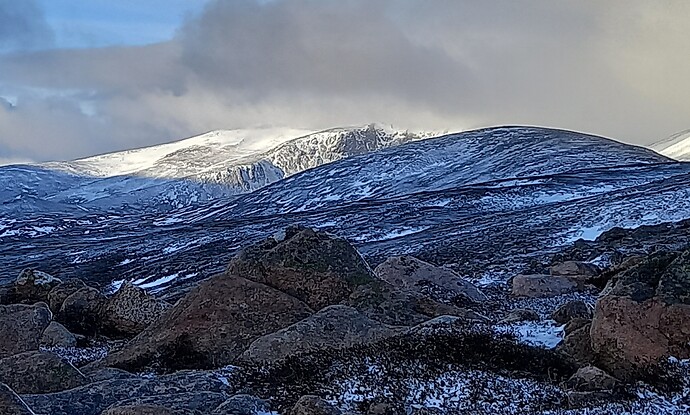 Eventually I reached the summit only to find it was the wrong one - there are three in close proximity that look like contenders. 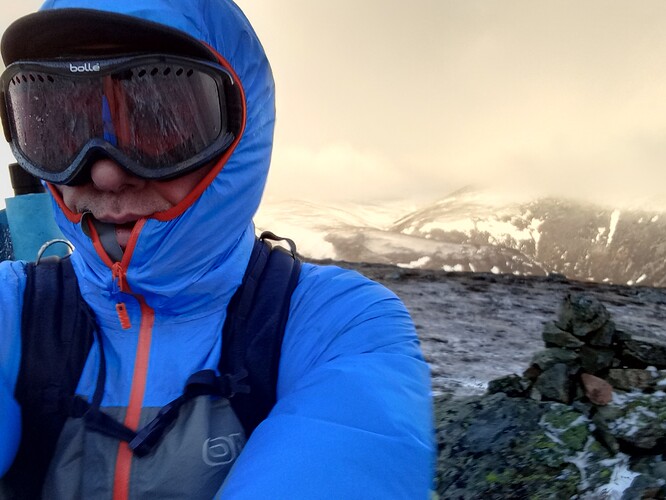 I established myself on the correct summit, however there was zero shelter from the now awful wind, so I retreated a good 200m until I found a slight depression.

I hoisted the 40/80 dipole, which was a struggle. I noticed one of the links had broken (the other one broke yesterday!), so unlinked the other side. It was 20m or bust today, as I wasn’t about to break out the end-fed.

I spotted. Then the mast fell over. Then it telescoped. My sit mat blew away. Sorry to anyone in Braemar, should it end up in your garden. 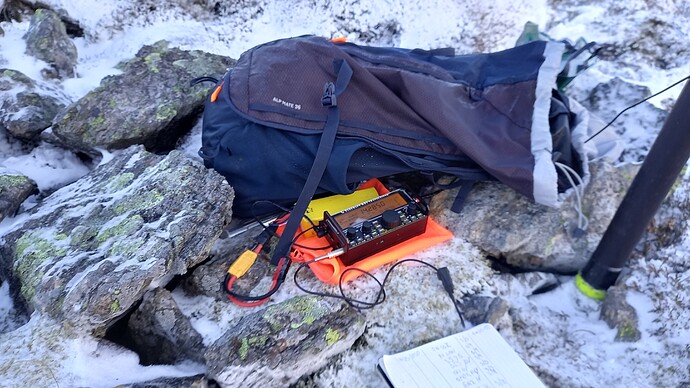 20m worked well, but I wasn’t hearing audio too well. I got half a dozen in the log, including @GM0GAV Gavin for his Complete, before calling it a day.

On the way back I cancelled my Alert for neighbouring Cullardoch. I then realised that the reason the received audio was poor was that I was wearing a hat with ear flaps, a hood and goggle straps over my ears! Sorry Gavin.

I had hot soup back at the bike, put the goggles back on and ripped back down the track in 20 mins, the probable highlight of the day!

Thanks for sticking with it Chasers!

On the way back I cancelled my Alert for neighbouring Cullardoch.

The non-appearance on 40m and the retraction of the alert… hmm I thought, Fraser isn’t having a good day!

I wasn’t able to work you yesterday as I had a high noise level at the home QTH. Probably some work being carried out locally as it’s better today. Another “shrugs shoulders” situation.