Really exciting yesterday!! I had my first activation! As probably all first time activators… they plan 20 things to do and in the and done only the most essentials

At least I have a lot of contacts and a lot of fun!!! Let me give you an overview and some photos then…

We drove down to SE009 from London with a friend this is why it was possible for me to do this quick activation. The weather was looking better as we drove south! 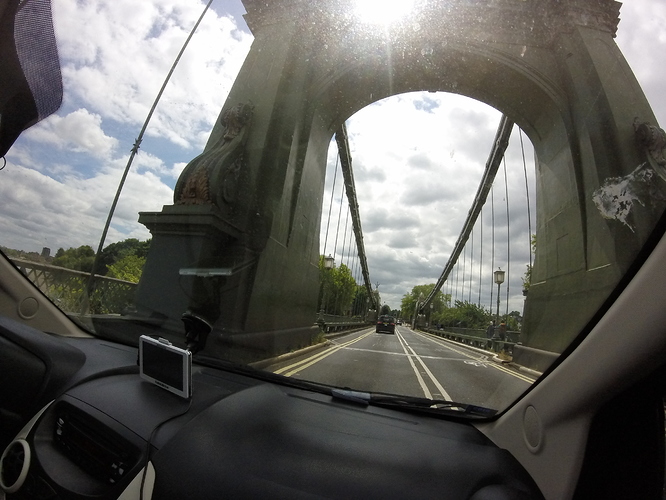 We parked at he public parking and start walking the path… 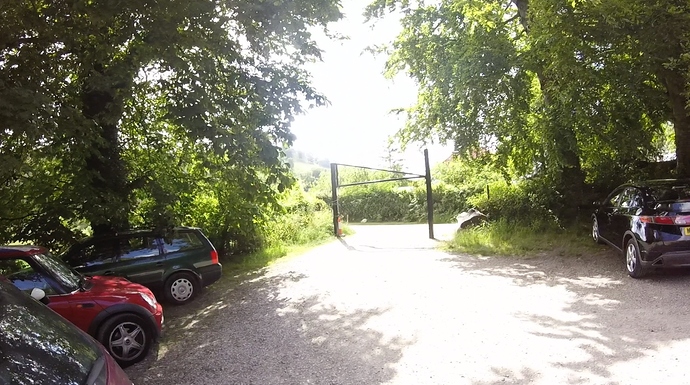 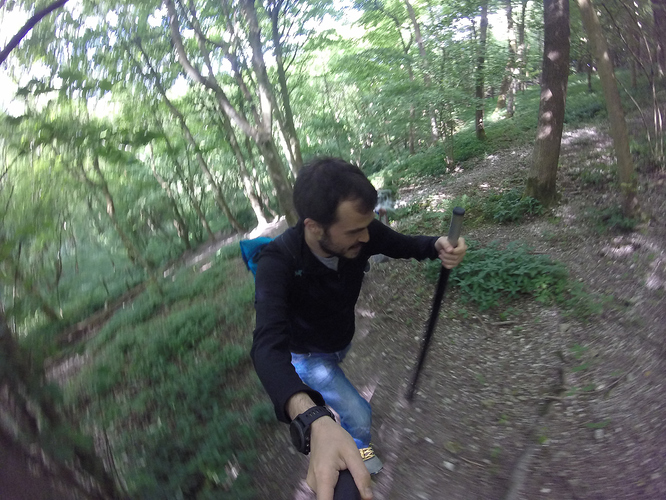 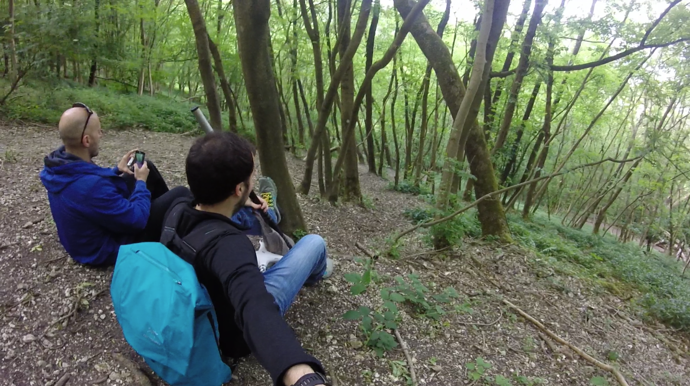 We were so happy when we saw the flat top… 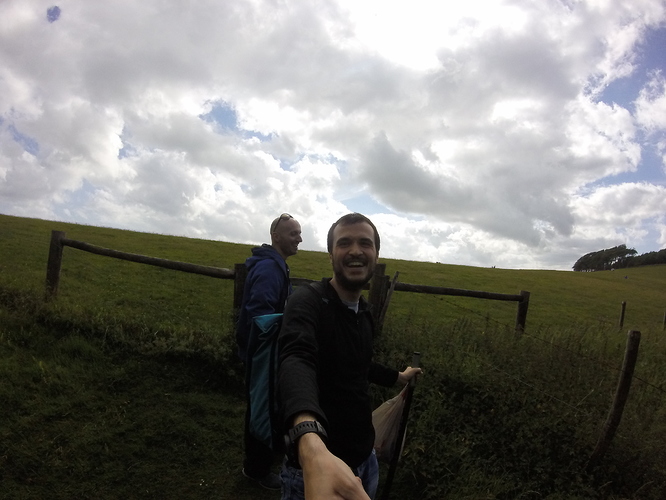 We camped at the north side of the hill as the wind at the top was crazy and very cold!! 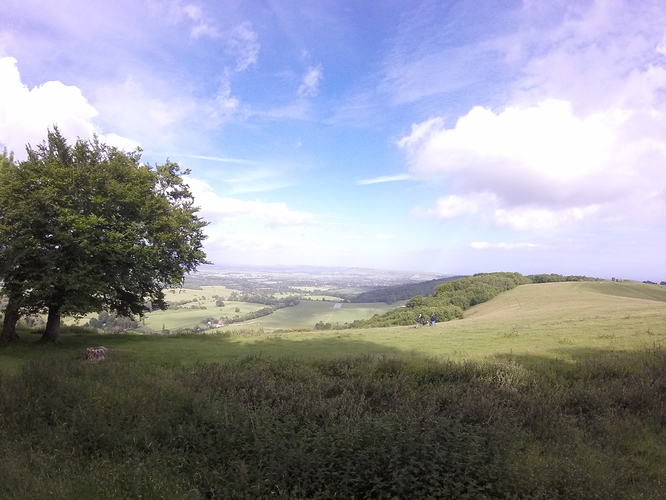 The setup was a KX3 with a banana binding post and some sotabeams green wire. Around 10.8 meters of active and 3 counterpoise wire cut sto 40,20 and 10m bands. I used a fishing weight to throw the antenna on a nearby tree … and thats it 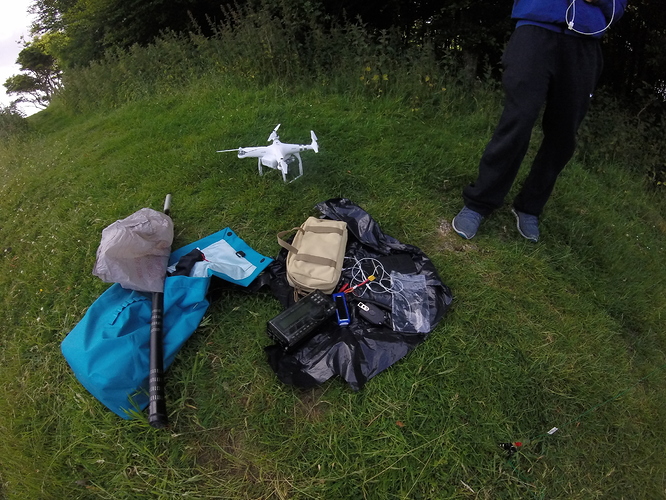 So I spotted myself via SMS on 20M and the party started!!! Of course from the excitement and the luck of confidence for my first ever pileup… I have no video/photo of that! LOL 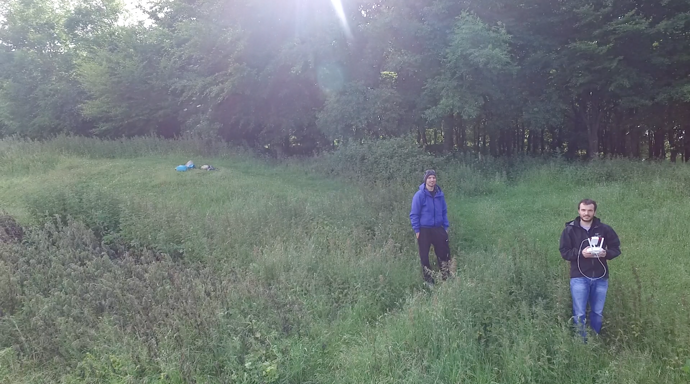 20M - 5W only. It was a pleasure to have Mike @G6TUH my first chaser as he was amazingly patient with me… even with a +20db signal I had to ask him to repeat things 3-4 time until my brain can figure out how to hold the mic… hold the pad… write and replay simultaneously … my first ever pileup too! Thanks Mike, your deserve a pint at some point soon. I started without headphones so my friend Pol can listen too but I couldn’t even get Mike’s +20 to sound loud with the wind… headphone after that.

Nto bad for a first try!! more next time! It was amazing! Thank you all for you effort and patient! Especially the chasers that gave me 2s and 4s when my signal was low! 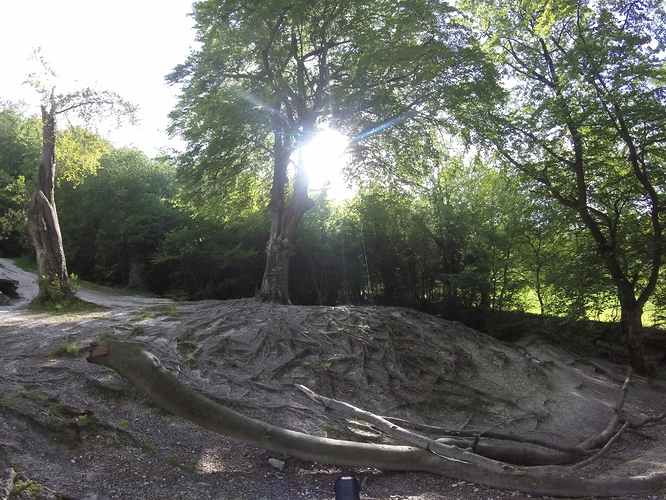 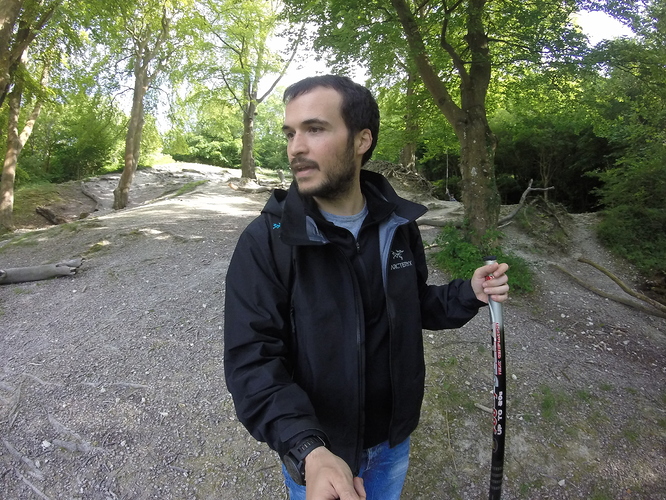 Thanks for the report and offer of a pint

Well if you wish to activate Ditchling, Firle, Cliffe or Wilmington then let me know. I can collect you from the Lewes rail station and guide you to the summits and then I have the advantage of collecting your promise !

Yes ill try to come down as soon as possible! Ill let you know

Well done Tasos.
Sounds like a great activation, don’t worry if things went a littlle slow on that first contact, as you said until you get used to what you need to do operating the rig, writing the log and taking photos (which came out very well by the way, a nice balance of content and number of photos), it’ll take a while.

Sorry I missed you on air. Perhaps next time. I see the bug has bitten and as the weather “should” be reasonable over the next couple of months, hopefully you’ll be getting out again soon.

What I would suggest you do now is review what you took with you and work out if there’s anything you didn’t need that can be removed from the pack, to keep the weight down. IMHO weight is our number one enemy - I know, I always carry probably 50% more equipment that I need “just in case” I need something.

Here’s to hearing you next time,

We parked at the public parking

There is a much better parking place for Chanctonbury Ring, with a walk with much better views. If you follow the map due West from the summit marker on the map until you come to the A24 London Road there is a small parking area and you can then follow the “South Downs Way” to the summit.

Well done Tasos! Sounds like you enjoyed your first activation… It’s a slippery slope from here on in!

The pile ups are something else right?! I activated my first summit after only making 10 SSB contacts previously… Quite a learning experience and you mess stuff up to start with but it gets easier after each activation

Let’s get up on Wendover soon

soon up on Wendover