Ever since the new Macclesfield FC was formed following the sad demise of Macclesfield Town FC, and placed in the regional North West Counties League, I had the idea to combine SOTA activations with away matches. 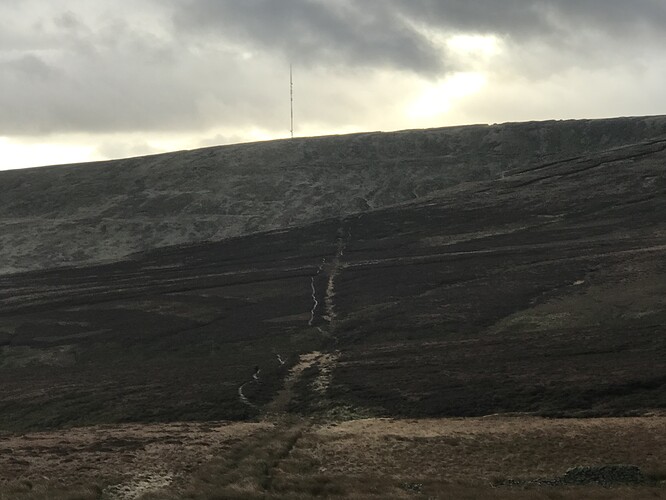 That series of outings was supposed to start with the football season in early August - but I somewhat unexpectedly found myself at sea by then and until mid November. 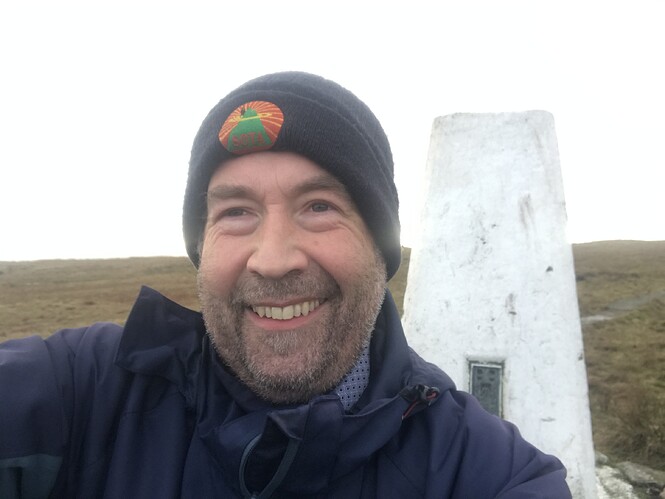 The first opportunity to do this came today, with other away matchdays so far clashing with gigs. 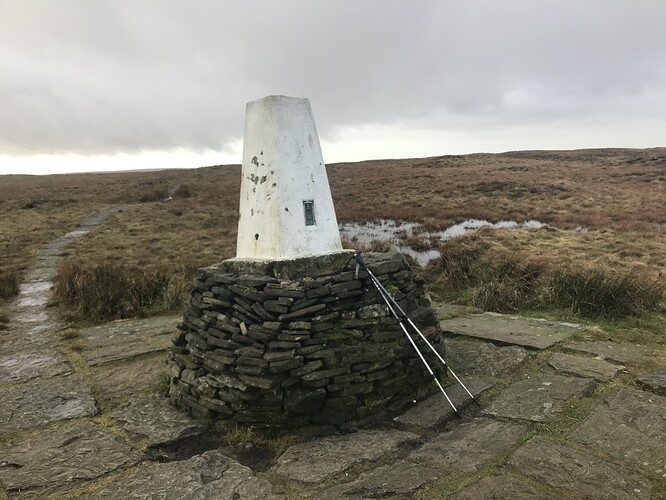 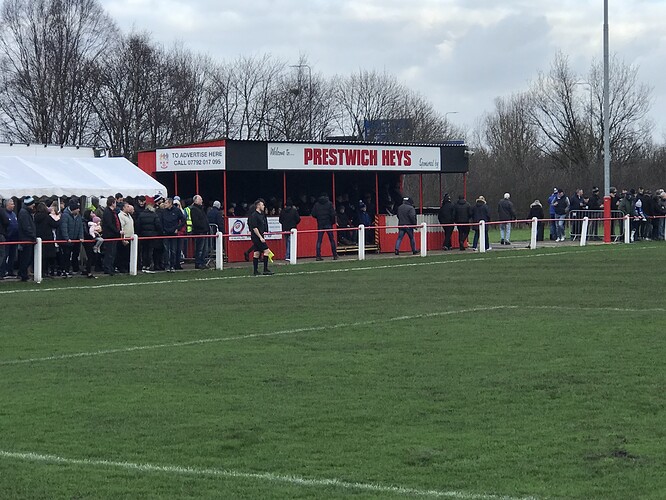 Time was limited as kick off was at the unusually early time of 2pm. A brisk walk back down the Pennine Way saw me back at the car for 1215z, and I was arriving at Prestwich Heys FC around an hour later. 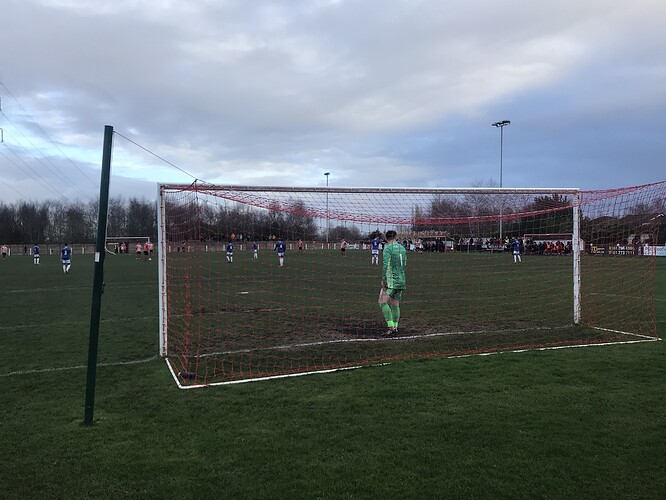 Prestwich is a proper small non league club, like those I would visit when following Macclesfield Town as a teenager. Swapping ends at half-time, watching pitchside with a pie and a pint, and an interesting matchday programme prepared by volunteer enthusiasts. 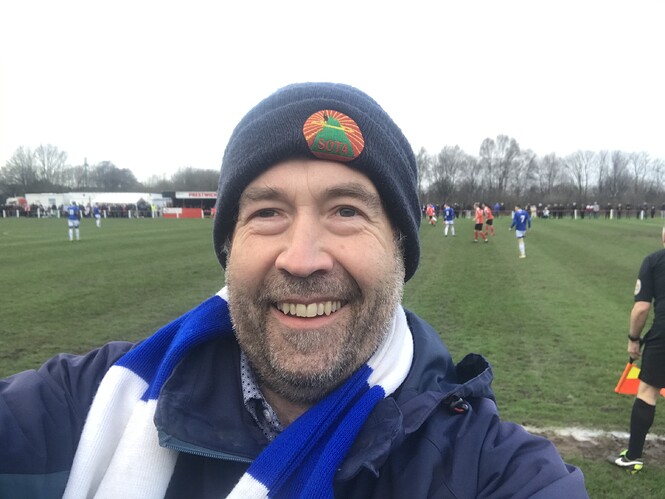 The only disappointment was the shock 1-0 defeat. Even more shocking was the standard of officiating. I’m no fan of VAR but it’s absence from 9th tier football cost us a good goal and a stonewall penalty! 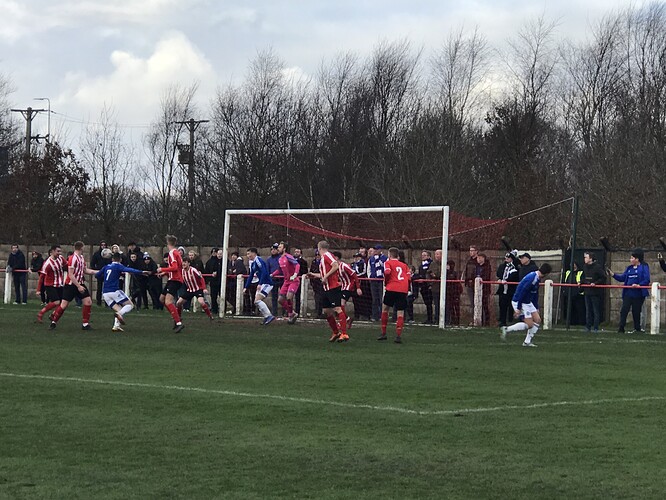 Apologies to anyone I threw by self-spotting as Kinder Scout and posting Shining Tor on Facebook! Hopefully all the chasers worked took the reference from what I said on air rather than the internet! 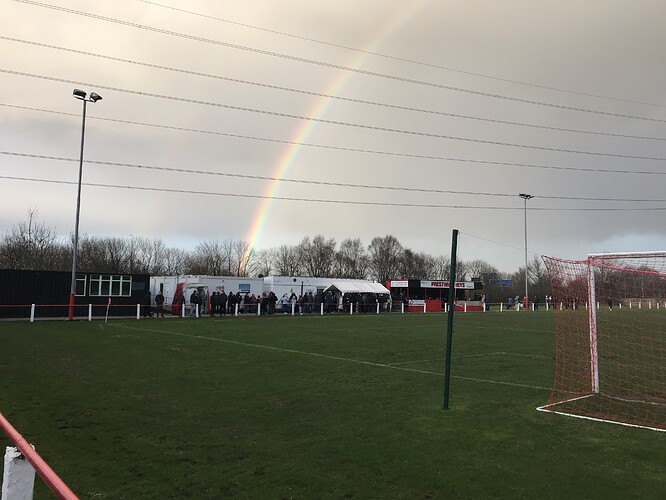 I wondered why you had gone up Kinder Scout again today…

Listened out for you on both but couldn’t hear you at all at the home QTH unfortunately.

Rubbish start to the 2022 activity contesting season last night. At 2 degrees Celcius, but with a cloud-free sky, it was bitterly cold on the summit of The Cloud G/SP-015. I doubted my resilience to complete the full 3.5 hours of the FMAC followed by UKAC. It didn’t happen!

The FMAC started well enough, but stations were soon reporting sudden drops in my signal and a problem. My first set of investigations revealed nothing but did not solve the problem. My second caused the separation of crocodile clip from RG58.

At least a few of the 14 contesters I did work were recognised active SOTA chasers who will log their QSOs on the SOTA Database as well as the RSGB VHFCC website.

All that high living on the cruise has made you soft.

I am going soft - guilty. I don’t think it’s the sea-life that did it though. I think it’s old age. I think this because of the following things I have noticed on my spate of recent SOTA activations:

I have become acutely aware of these and other effects ever since my age began with a ‘5’ a year and a half ago. I take it the situation doesn’t improve when it begins with a ‘6’? I was only 32 when I got involved with SOTA. The programme has aged me…

I take it the situation doesn’t improve when it begins with a ‘6’?

Gets even worse when it begins with a “7” and bits start failing.
Goodness knows what happens when the magic number is “8” - Brian @G8ADD ???

The next time the magic number is going to start with a 6 and I can’t decide which is deteriorating faster, my ability to climb the hill, or my memory of how far it was last time…

Another SOTA - Football combo. At least it makes a change from the more typical SOTA - Gig combo! 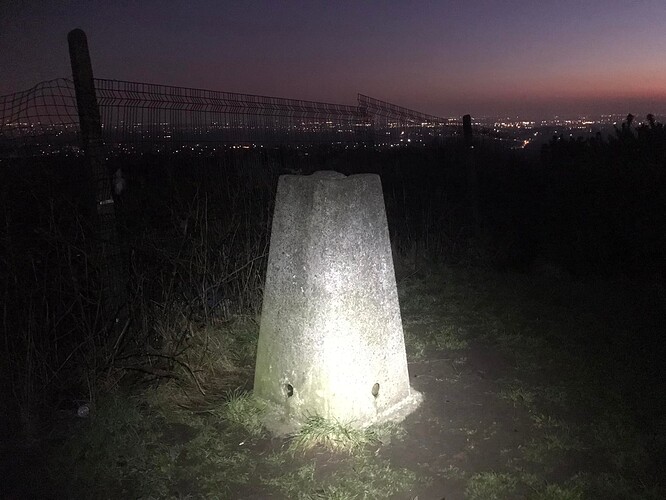 I was teaching in Timperley (famous for one of Manchester’s greatest legends) during the day, and Macclesfield FC were away at Litherland REMYCA (which I later learned was a made-up word as opposed to initials) in the evening. The game was to be played at Bootle FC’s stadium due to flooding at Litherland’s home ground. 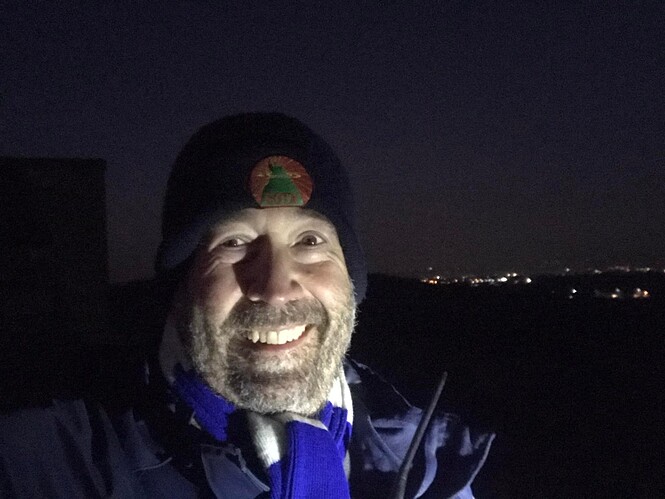 That made my journey rather obvious - it had to be via Billinge Hill G/SP-017. I parked on Crank Road and approached via the access road for the scrapyard. I operated on 2m FM just with the handheld, and made seven contacts, including @M0HGY on the FT-991A in the home shack. 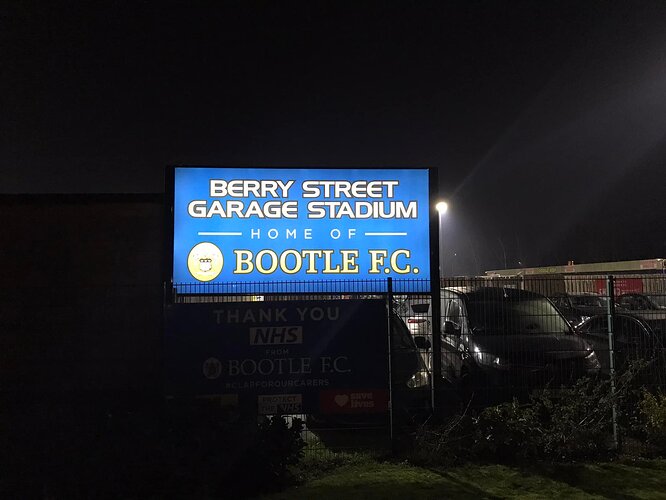 I then completed the journey to Bootle and watched the top-versus-bottom North West Counties League Premier Division clash, which Macclesfield won 2-1. A tedious journey back had to be endured due to motorway closures and diversions. Traffic jams at 10.30pm on a Friday night are absolutely bobbins … which I guess brings us back to the subject of Timperley! 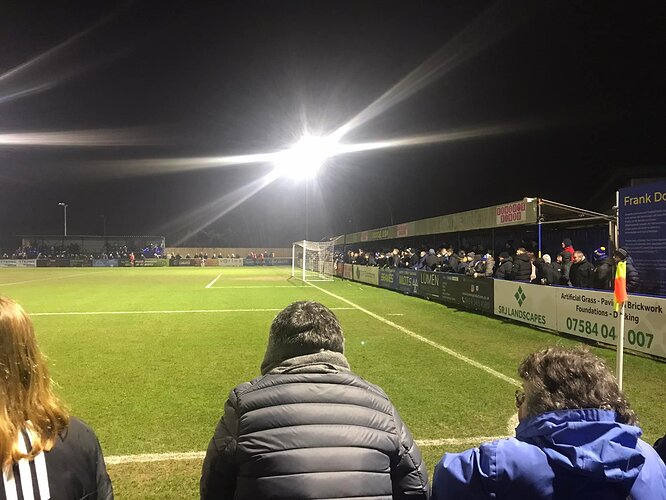 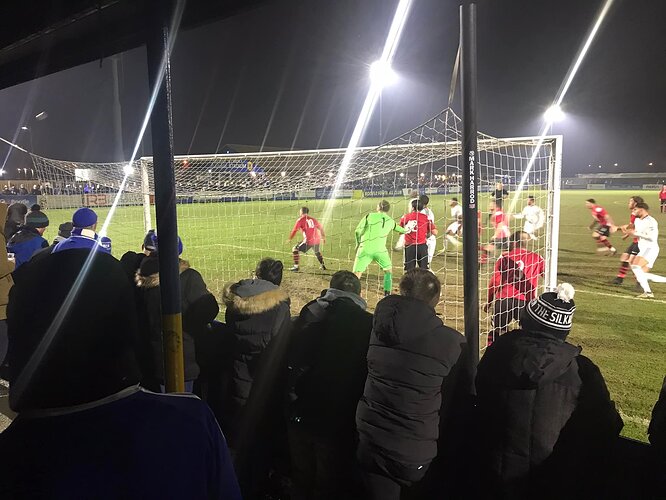 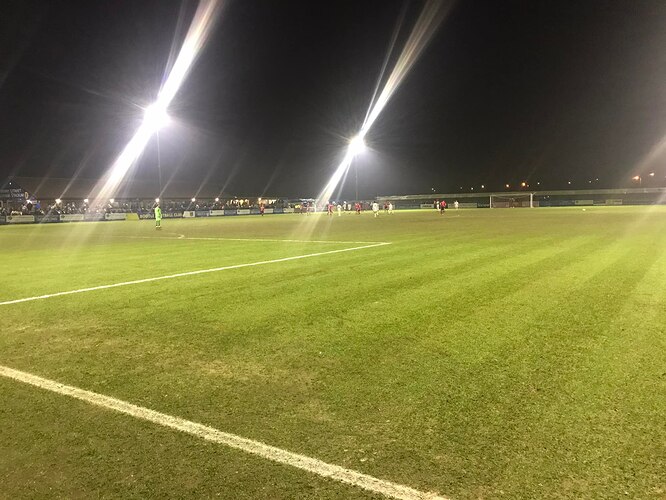 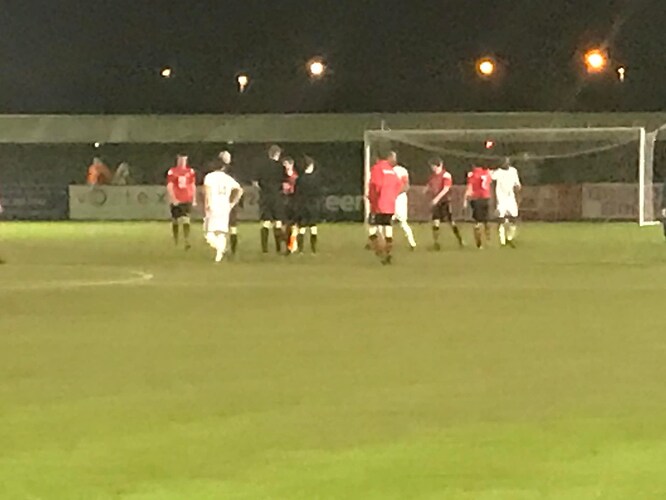 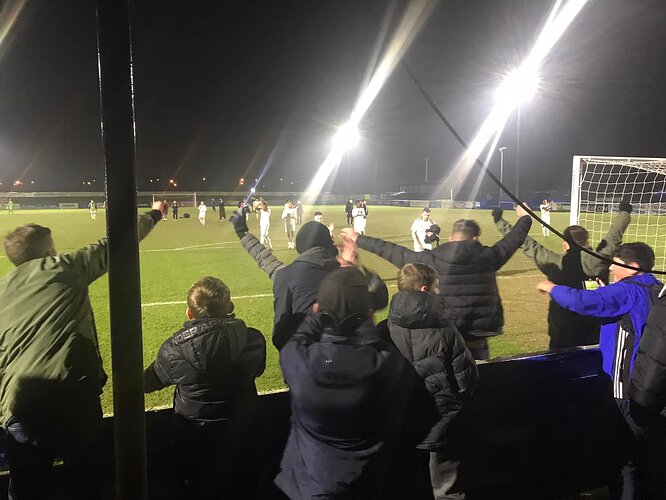 Soccer On The Air!

But this probably exists, I heard someone calling “CQ Windmill” recently so are there folk who activate football stadiums?

Which isn’t meant to be a challenge to you Tom!

Which isn’t meant to be a challenge to you Tom!

Challenge accordingly not accepted as you wish