My interest in Winter Bonus collecting is just as strong as it ever was, even though I have been doing SOTA for 15 years.

I’m aware that time is running out quickly, the bonus stops soon and I still haven’t ticked off all my winter favourites. One of my favourites, especially as it’s worth 10 points, is Helvellyn. I do the school run each week day so I wasn’t able to set off from home until 9am, but I’m a bit nearer to the Lake District at my new QTH, so I was able to squeeze in a trip to G/LD-003 yesterday, my only free day.

I was not exactly thrilled by the WX forecast, but I concluded that it was workable. Wind is the most important factor for me (besides electrical storms!), and I deemed that I would be OK. The WX forecast predicted frequent precipitation including snow at summit level.

Parking was once again free at Swirls car park, the parking machine is still covered up and the parking fee is still suspended for now.

There were a few other walkers on the fell but not many, to be expected, given the weather. It took me just under 2 hours to reach the summit. I quickly attempted to deploy my 3 band HF dipole but as I was erecting the pole, a section of the pole split. I managed to get the antenna up about 2m before retreating into the bothy bag. Several CQs on 20m produced no RBN hits, so I gave up and resorted to my FT60 handheld, taken along as insurance in case the weather was too bad for anything but a ‘four and run’. Remaining inside the bothy, I was able to quickly make 5 QSOs on 145MHz FM using the 1/4wave set top antenna. The bothy bag causing the antenna to be used in an inverted L configuration.

I ate lunch, video called my wife, and packed up everything I could before emerging from the bothy bag. When I emerged, I noticed my dipole laying in the snow, I suspect it had been there during my CQs.

In conclusion, I’m glad that I took the handheld, and I wasn’t ashamed to use it to gain the points, the points were hard won. My pole has provided good service for over a decade, it was overdue being replaced. I enjoyed my day despite the difficulties. 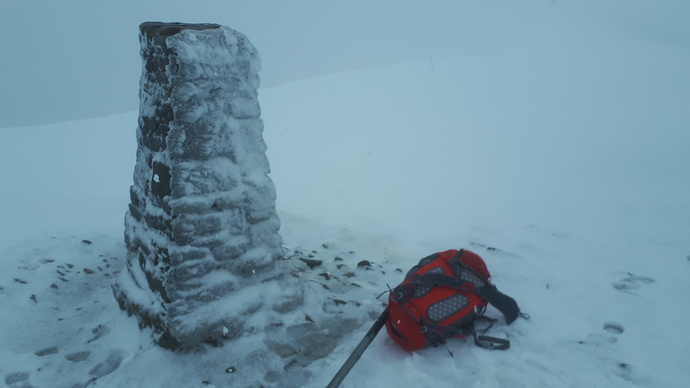 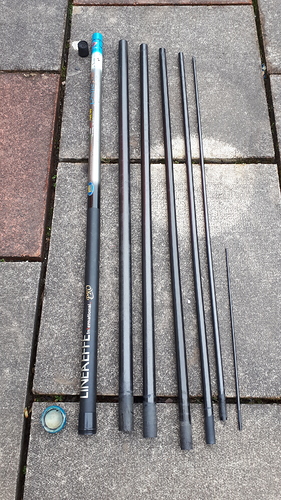 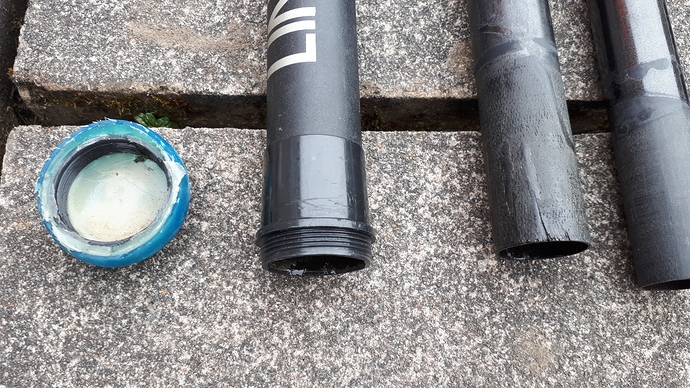 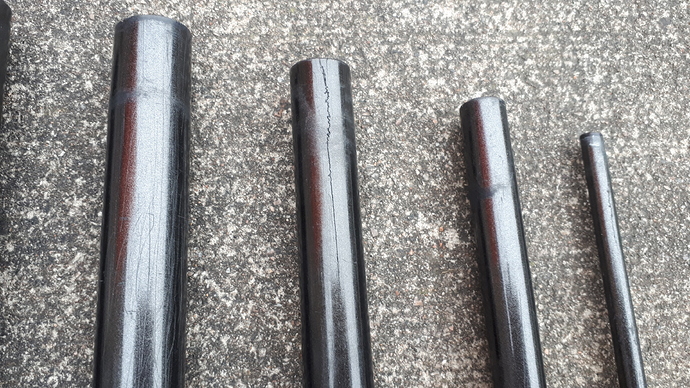 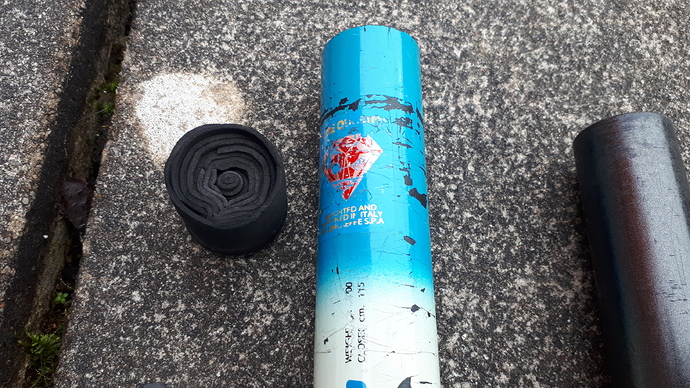 Hi Colin,
Thanks for the report and congrats for the qualified activation!
The good thing is that your transmitter didn’t apparently break finals due to CQing with the antenna down on the snow.
Regarding the middle section with the crack at the top end, I had the same issue some months ago and I successfully performed an effective repair, the ‘n’ repair I’ve done to this poor fishing rod. I have carried out a good number of activations after such repair and the fishing rod remained fully extended without any collapses or falls at all.
Should you feel temped to try a repair, let me know and I’ll explain what I did, either here or via PM, as you prefer.
73,

Good one Colin I have two bitsa’s SOTA poles now made up from broken ones. Rock crush on the bottom section of one so that became a 7m pole a which is lot lighter now, and my 9m top section broke so the other is now an 8m pole. I still use the same antenna on the 7m pole and does’nt seem to make a lot of difference to my antennas performance. Enjoy those winter bonus points we are slowly cooling off over here its only mid 30’s this week.
regards
Ian vk5cz …

Ian, my 4m pole had drastic surgery involving a hack saw and glue after suffering a severe gust on GM/SI-167. The pole is still in good health. I have two 7m poles but although they’re both branded Lineaeffe, they have different diameters, the caps and tubes won’t swap over. My silver Lineaeffe pole has had hacksaw surgery today, so hopefully it’ll serve a little bit longer!

My radio seems fine - I have just tested it as you had me worried! 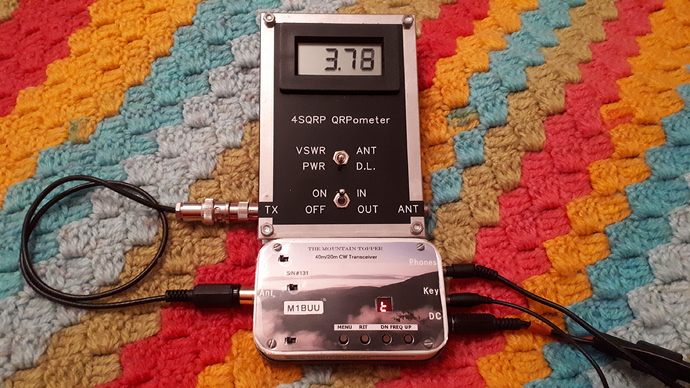 I think it is time to retire my broken pole, it can live in the garage

Colin, you obviously need to do more activations in GM. Then you’d probably develop a… well lets say a different attitude to repairing a pole. I think all of mine have some form of repair. Seeing the photos of yours, my instant thought was “well that doesn’t look that bad…” :

(I would say Paul is immune this infection.)

Well done on the activation and for bagging those bonus points!

I think it is time to retire my broken pole, it can live in the garage

more activations in GM. Then you’d probably develop a… well lets say a different attitude to repairing a pole

Sometimes I feel a bit like a Scottish when it comes to optimising the use of money and extending the life of things that can still keep serving with a good and unexpensive home made repair.
I read some time ago that our area of Navarra, the Basque country and the Pyrenees, was conquered by the Roman Empire with the use (the help) of some specially tough troops or soldiers they brought from Scotland and another place I don’t recall now. Perhaps the Scottish left some of their genes here or we gave them ours. Who knows…
73,

Radio is a KD1JV Mountain Topper first edition. The rig is dual band (40m & 20m in my case) and will put out about 5 watts. The rig usually puts out between 3 and 4 watts from my Lipo battery. 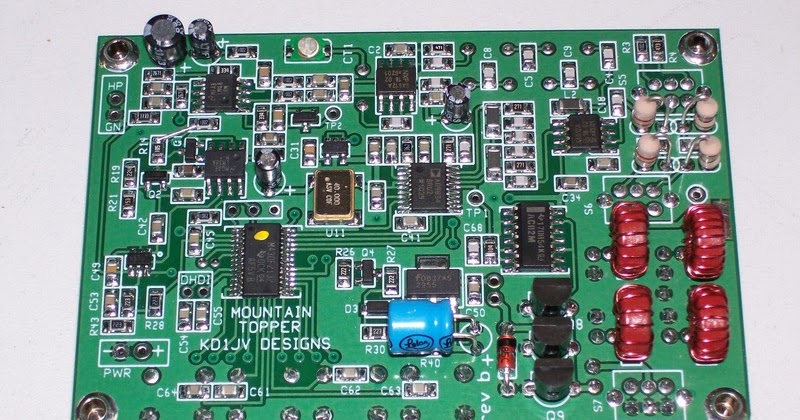 Back in April, I read a post by Peter, G4ISJ, on the SOTAwatch reflector about a new kit by Steven Weber, KD1JV. I had studied a few of Stev...

The meter is a separate device, its an SWR meter with dummy load and power meter. The device is designed to be accurate at QRPp levels to about 8w. The QRPometer was a kit, I believe a mk2 version is available now.