M0VFC/P Easter in the Lake District

With an unusual lack of commitments over Easter, I suggested to a couple of old university friends that a weekend walking in the Lake District might be a nice idea. They’re not licensed, but are very keen walkers and mountaineers.

I figured I could hopefully squeeze a summit or two in along the way, and sent them the list as a kind of “it might be nice to swing by some of these if it’s not too inconvenient”.

When we met up on Thursday evening, it turned out they’d come prepared with routes. Routes not just planned around SOTAs, but optimised for points, and they weren’t going to fail…

We camped at Gillside Farm, near Glenridding. Pleasant enough, though the showers required a dance of removing clothes before jumping back out of the cubicle to insert 20p, then back in and showering before the water went cold again.

Friday began with Grisedale Pike, G/LD-015 on 2m FM, followed by Grasmoor, G/LD-009 on 30m CW. Back at the car park, we found an ice cream van, and the temporary sugar high gave us the silly idea of “quickly popping up Skiddaw (G/LD-004) before dinner”. The sugar wore off part way up the ascent, and we questioned the decision before re-affirming it with some cake. A quick 30m CW activation did the trick. 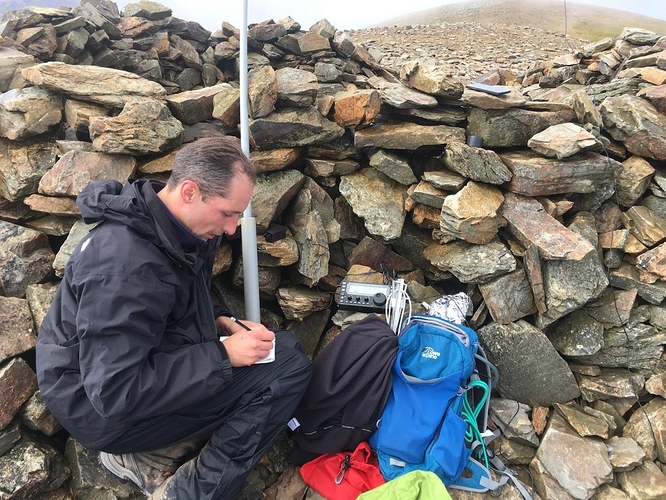 Saturday was due to have the best weather, so we got an early start and headed up Helvellyn, G/LD-003 via Striding Edge, enjoying the lack of wind. 2m FM gave a quick activation, and we headed over to Seat Sandal, G/LD-022 for the same. From there, we dropped back to the saddle and had lunch before heading back up Fairfield, G/LD-007. The clouds had lifted, but by now the wind had increased substantially, and on the way over to St Sunday Crag, G/LD-010, it must have been approaching 40mph at times.

Still, a final 30m CW activation brought the day’s total to 32 points, a personal best which I suspect I won’t beat any time soon - at least if my knees have any say in the matter!

Sunday was due to be wet. Still a little sore from Saturday, we decided to play it by ear, and parked at the top of the Kirkstone Pass to head over to Stony Cove Pike, G/LD-018. The promised precipitation came in the form of snow, but didn’t spoil 30m. From there, we headed over to High Street, G/LD-011 and returned to 2m.

Back at the car by 3pm, it was a little early to finish for the day, but Red Screes didn’t look like a wise choice, so we opted for the two Mell Fells (G/LD-035 and LD-037) instead - pleasant little hills with a lovely view when the clouds lifted. Again, 2m did the trick which saved getting the KX3 any wetter than it already was. 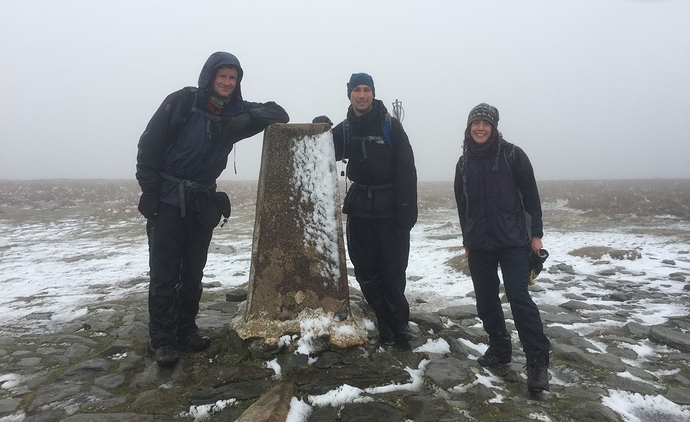 Finally, Monday morning was time to take down the tents and prepare for the drive back to Cambridge. But not before a final ascent of Blencathra, G/LD-008. The weather was lovely, and it was nice to have a more relaxed activation on 30m before heading home. 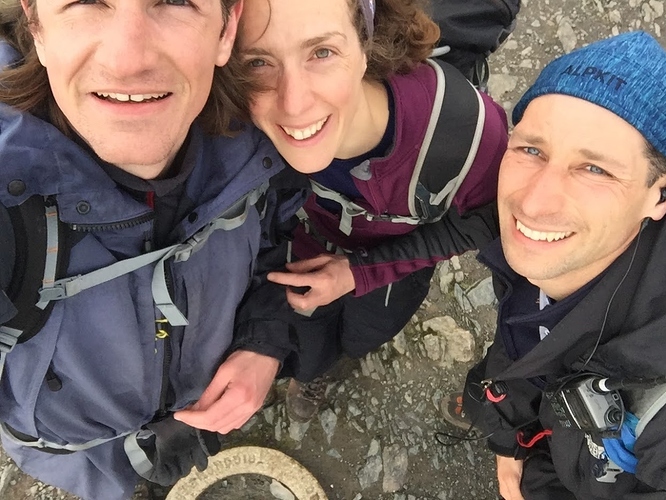 Thanks so much to all the chasers, particularly John G0TDM, Geoff GM4WHA and the whole 'LKB clan who caught me on so many of the summits.

I was very conscious that all the time I spent playing radio was time Dave and Jenny were having to wait around getting cold and wet (not to mention holding the fibreglass pole up some of the time!), so apologies for the often-short activations, and thanks for everyone who jumped on air so quickly after I popped up.

All in all, 82 activator points in 3.5 days of walking, and a fantastic weekend…

Wow! Makes my 3 summits (and 4 points) over two days around Macclesfield seem like a walk to the shops.

Your was probably the wiser plan! Our judgement was probably clouded by the truly terrifying amounts of bacon and cake that powered us…

Well done Rob! Thanks for the contact on Monday. My knees couldn’t have coped with Skiddaw after Grizedale Pike & Grassmore

Well Done - and great to see how much your friends, Dave and Jenny, supported you on these activations. I wonder if they thought “nice walks, only spoiled by this silly radio thing”? I think not, it sounds like they were very supportive - good to have such company on a hike.

Ed - it’s better than that, they were even talking about getting licenses by the end of their weekend! Fingers crossed

What an achievement Rob, not least in getting your NAFs (non-amateur friends) to permit you to undertake so many activations. I have trouble with more than one summit in a day and then it is usually a case of them making plain by their body language that my time is up!

Well done and what you did helps me figure out possible peak combinations for a planned LD visit in June.

Grisedale Pike to Grasmoor is definitely a good pair, as is Fairfield and St Sunday Crag. Going from Helvellyn to Seat Sandal, you lose quite a lot of height, so that might be one to go for only if you’re more keen.

Stony Cove Pike and Red Screes would make a good pair if the weather is good - they lie either side of the Kirkstone Pass. Going from Stony Cove Pike to High Street isn’t bad, though does require a little gentle scrambling: 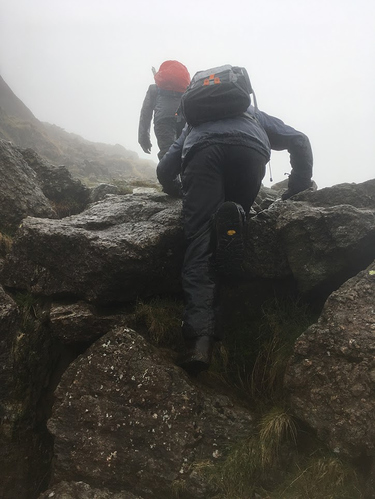 The Mell Fells are a nice way of filling in a couple of hours as and when you have spare time.

Sorry that I didn’t manage to get a station on the air to work you Rob. Sounds like you had an awesome trip!

I did Red Screes and then High Street via Stoney Cove Pike one time - I was exhausted by the time I got back to the car! The snow was about 1ft deep and with each step I broke through the crust, it was like climbing stairs for hour upon hour.

Currently in the Cardigan bay area, hoping to activate a summit before I go home. Have a 30m/20m MTR with me.

Genuinely inspired me of a trip up there this weekend.