This year, I decided to continue the tradition I started last year, to activate a summit during the holidays. The Christmas day seemed to be the best alternative for outdoor activities, as the weather forecast showed “only” -17 C. The other days had been around -25 or even lower. I chose to activate Losonvaara, OH/JS-002. The surroundings of this summit were already somewhat familiar to me, as we had some marches and winter excercises around there back when I was in the army ten years ago.

As the time between sunrise and sunset at these heights is only four hours this time of year, the activation had to take place near noon. I was aiming to be QRV at about noon local time, but my parents’ car was not available early enough for that. I was finally able to start my journey from Kajaani at about 12:30 local time.

I drove first Sotkamo and then turned to another road leading to the village of Parkua. At Parkua I turned to a small gravel road leading south. This road runs a few kilometers east from the summit. On this road I noticed how some things have to run even on Christmas day, as a milk truck passed me. The road was so thin that my car and the truck could only barely pass each other at walking speed. But the road had been plowed recently, so otherwise there was no problem.

I had planned to leave the car at a point where a small forest road separated from the gravel road. I found that a very suitable place, as the road was a bit wider there. The forest road had not been plowed at all and only hares, squirrels, elks and mice had walked it since the snow had come. I had my snow shoes with me, but as the snow was very powder-like, they didn’t help as much as they could have. But luckily there wasn’t more than 30 cm of snow on the road. The frosty forest was very quiet and beautiful.

The forest road ended at a turning point a bit under 500 meters south from the highest point of the summit. As I didn’t have much time to spare and I was already within the activation zone, I quickly set up the station with the dipole adjusted for 20 meters. As I sat down on a rock, I quickly noticed that even with extra clothing added, I couldn’t stay for long. The actual temperature was below -20 at this point. Even after sending the SMS spot and sending the first CQ SOTA I had to take a short break to warm up my fingers.

After only six QSOs I decided it was time to wrap up. The sun was quickly going down and I wanted to have some light on my way back. Anyway I would’ve had to stand up and take a few steps after every couple of contacts to keep warm. There was quite a pileup, but most of the chasers had to be disappointed this time.

After packing the gear I quickly started the walk back down to the car. Going back over my own tracks was a bit easier than the way up. When I arrived at the car at about 15:30 local time, it was already getting quite dark. It was a short but nice activation. I hope to return to Losonvaara again, maybe on a summer.

Some pictures can be found here: 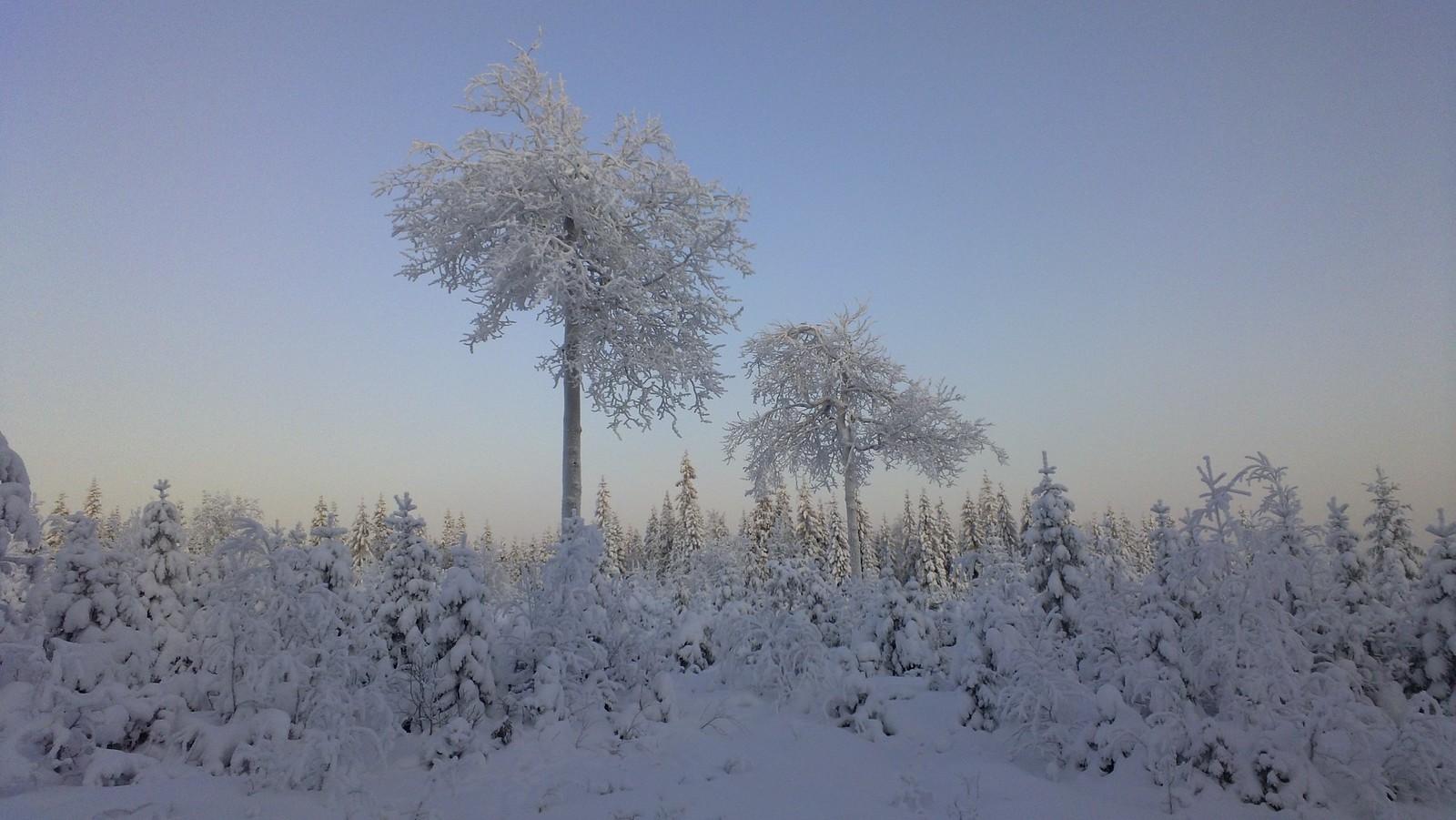