Larrakarte NV-173 and the run of the cows

Activation Date: 3-July 2015.
Larrakarte mountain is in the northwest part of Navarra region, not far from the border with France. This mountain has been added to the catalog receintly and wasn’t activated yet in HF.

To approach this mountain from my QTH I drove and passed the village of Eugi. Early in the morning, when there is no wind, the village is reflected on the flat surface of its big reservoir: 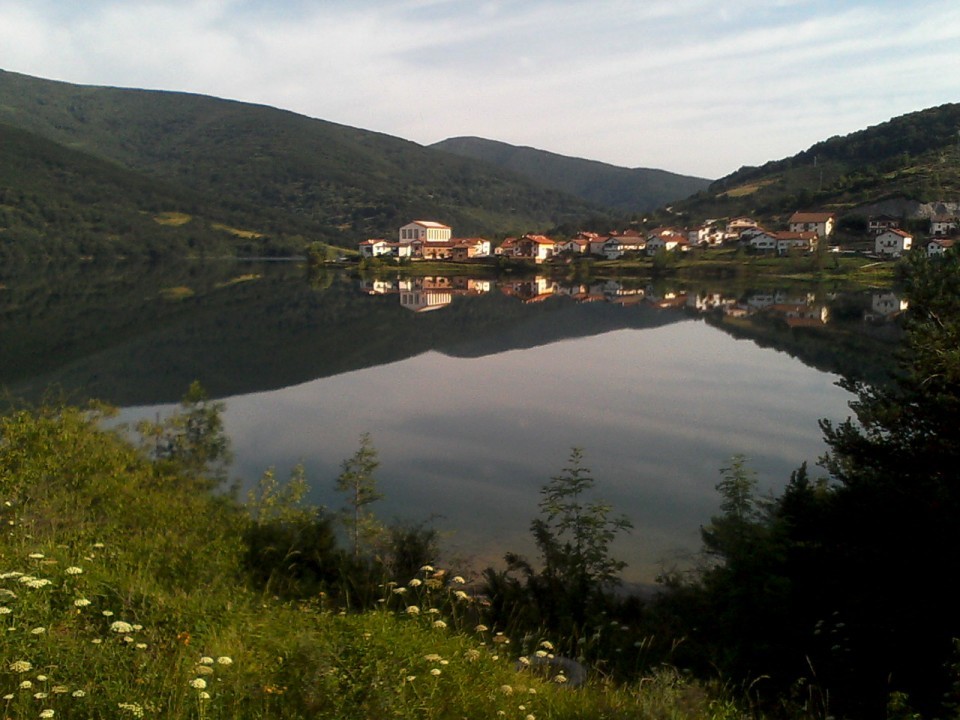 Then you follow a road up called Artesiaga hillock, and park to start the walk. After a half an hour walk I reached the top surface of this mountain that provides excellent views over surrounding mountains, being the Saioa mountain (NV-021) its nearest and highest neighbour: 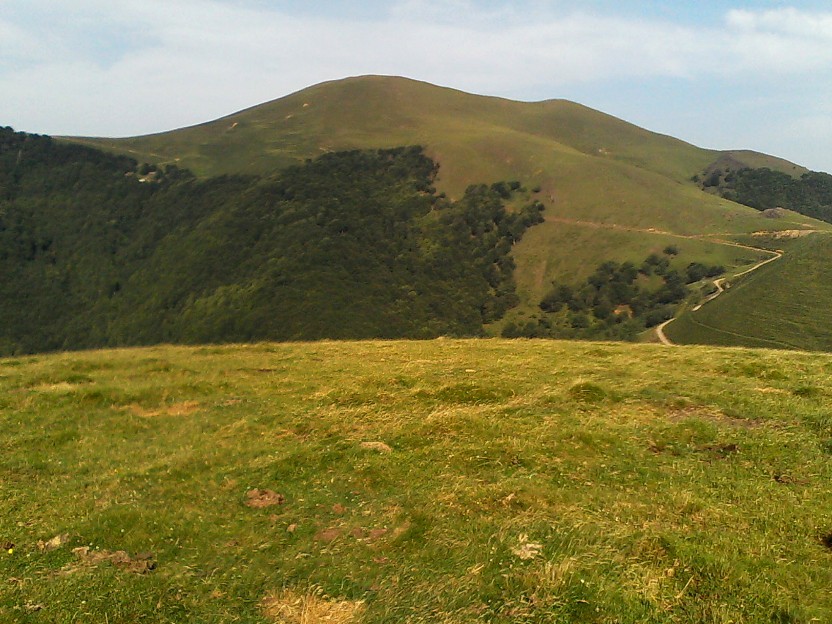 When I reached the summit I couldn’t stay in the highest point as it was occupied by a large group of cows: 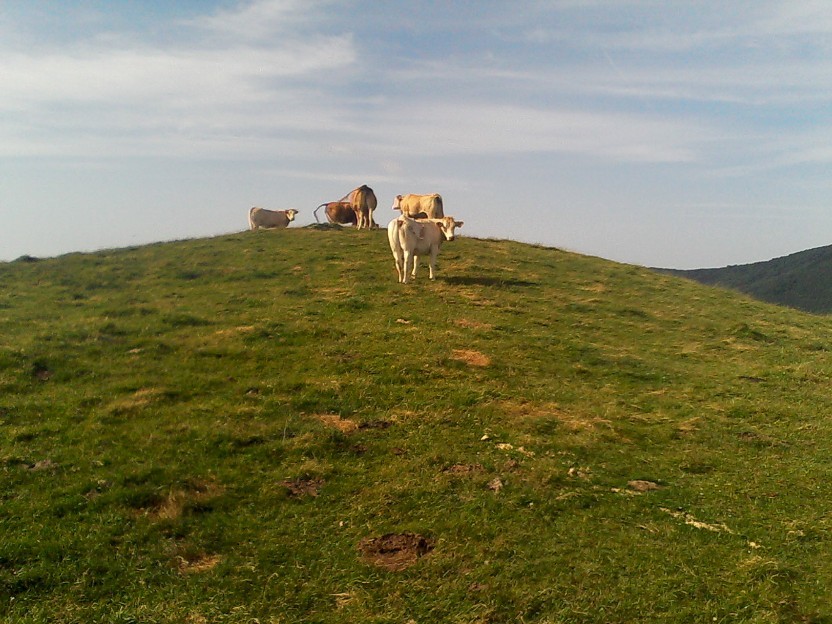 I decided to activate a further meters ahead, and later I noticed I was lucky because it was less windy that on the trig point. 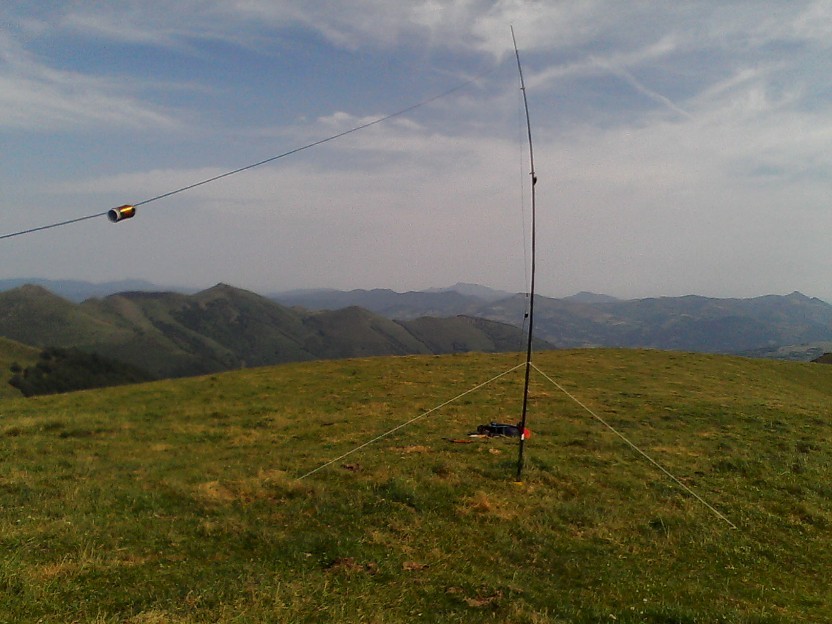 Activation went well, copying a lot of frequent chasers both in 14 MHz SSB & CW, and some S2S. Only one qso in 145 FM was possible because the surrounding mountains make it harder for VHF. I tried running 28 MHz but I wasn’t lucky as the band was closed by the time. Total sum was 58 qso.

During the activation I had lots of issues:

Next week, the San Fermin festival will start in my town, Pamplona, but I didn’t want to run in front of the bulls today

I finished by working my friends Angel I/M0HDF/P and Eva I/M0HJV/P who were on a tryp in Italy. Thanks for the nice S2S!!

All in all a pleasant mountain. On my way down I stopped in the beautiful beech forest where a lovely stream makes nice water jumps: 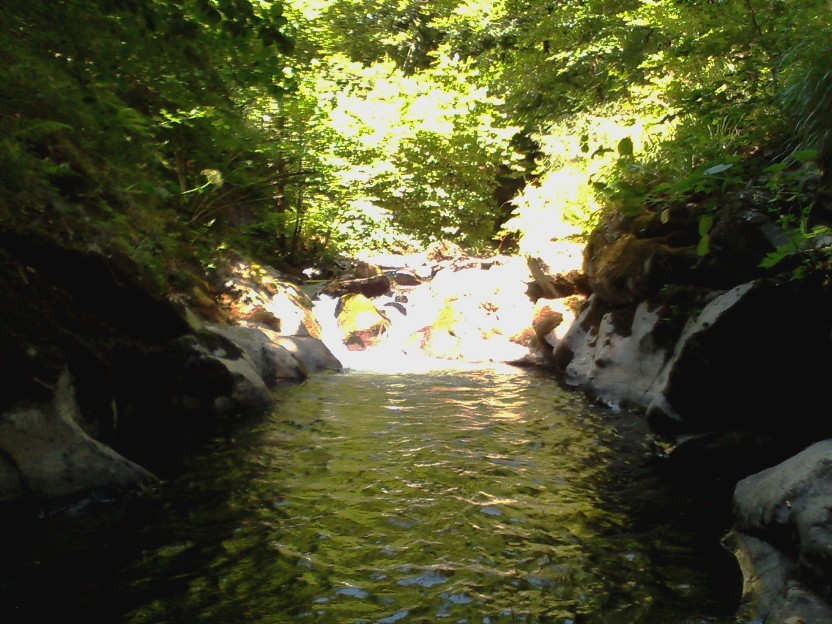 I was tempted to do a secod activation by climbing the Saioa Mountain but decided I hadn’t enough food and water to proceed this time.

Thanks for your calls. VY 73 de Ignacio

Sounds like you had interesting time.
thanks for sharing

Thanks Ignacio for the report and the summit.