We are packing ready to leave for home but one more quick update before we leave the hotel for the long slog home to the cold and wet of the West Midlands.

We tried to climb two summits on Tuesday, Pico Redondo (EA8/LA-007) (a complete for me) and later in the day Montaña Tinache (EA8/LA-016) (an unactivated summit), but the wind had changed direction becoming stronger and blustery making it difficult to stand on the way up never mind set up an antenna on the top. In each case we got to within 300 metres of the summits before reluctantly turning back.

Yesterday (Wednesday) it looked like the wind would still be strong but not so bad and indeed it was only slightly worse than the week before. Off we set again, first up Pico Redondo (EA8/LA-007) starting at the small town of Femes. We had stopped at the bottom of the scramble on the north-west side before; there is no path to the top! This took some time to negotiate because it was more loose rocks than solid structures to climb. On the way up we spotted a couple of mountain goats. We had not seen any all holiday but today we saw these two, then a smaller herd on the way down and then a bigger group scurrying across the slope on the opposite side of the valley. We even saw another group at the second summit later in the day. 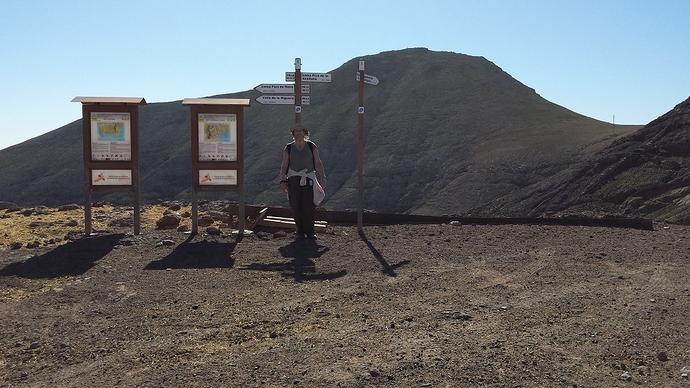 Helen at the signs in front of Pico Redondo (EA8/LA-007); the track goes along the edge of the hill on the right and then around Pico Redondo 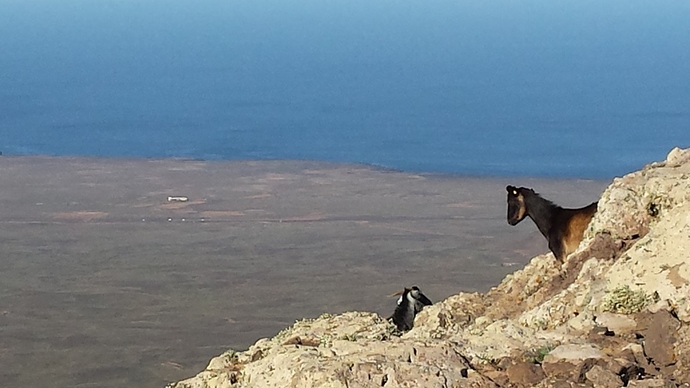 Two mountain goats; there were lots in view on our walk back but this was the first we had seen of them all holiday

At the summit we set up the 17 metre antenna. 82 contacts followed over the next hour and a quarter with Helen going off to find a geocache at the other end of the summit ridge while I was operating. We decided to head down the other (southern) side of the hill which was more like a normal scramble with solid rocks before joining the same track back to where we parked. 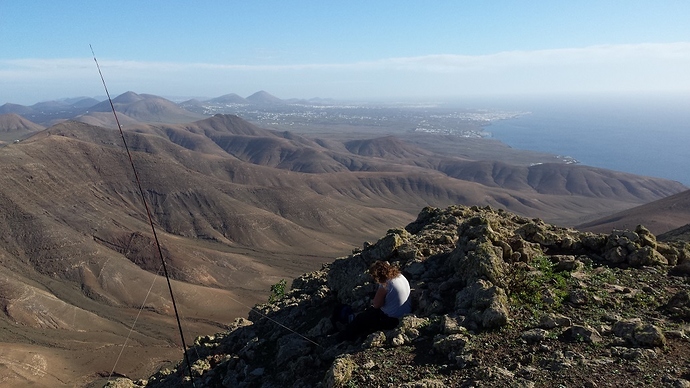 We decided we had to do the unactivated summit of Montaña Tinache (EA8/LA-016) as our last (and 10th) summit as we knew it was an easy climb. We started up a track that ultimately reached some transmitter towers but once in view of the caldera we set off up and round the rim. It was surprisingly flat at the top with a cross just down off the summit so it was not hard to drop off the side out of the wind which had dropped anyway.

We set up 17 metres again with another 86 contacts logged while admiring the views over to the islands. Propagation swung backwards and forwards between Europe and North America with the latter sometimes stronger than the former. I even managed a contact into ZS. It was a good place to finish up. 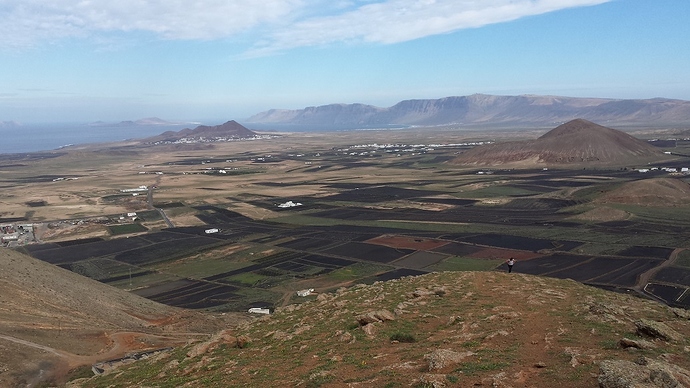 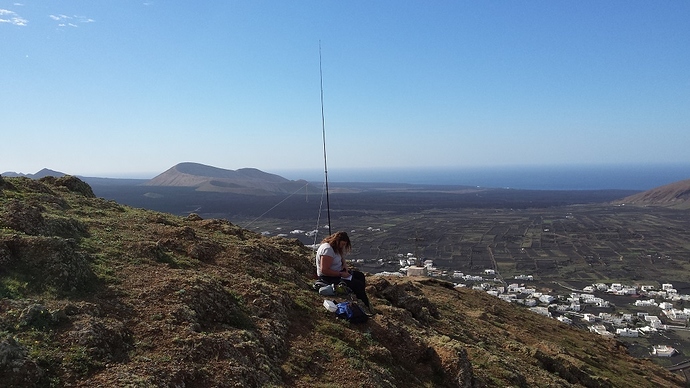 Finally, since we discussed our kit on the air, below is a picture of everything laid out. This fits easily into two small rucksacks with room to fit water and food. 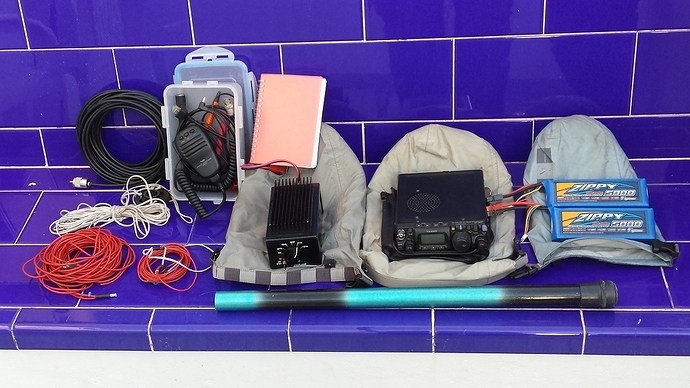 See you all back in the UK soon

Congratulations for your great SOTA holidays and very nice reports!
I’m really sorry for not having had the chance to chase you even on one single of your several EA8 activations.
I could have chased you today because it’s a holiday for us here but you are off and returning back home. What a shame…
Have a good flight back and try not to suffer a too depresing postvacational syndrome

What a nice holydays!
It was great being able to make two QSOs with you: Atalaya de Femes and Monte Mina. Your signals were very good. Thanks for the activations and for the great photo-reports. Congratulations for the equipment elected.

Hi Carolyn, thanks for the reports, amazing photographs and of course the summits

Welcome back to the UK!

Down here in East Sussex today became very mild, no rain and no wind so no radio
for me today to take advantage of the ‘good weather’ with some jobs outside.

The great picture amongst amazing ones.