Hi
I had the chance of week in G/LD to visit with family and wander about in hills, so naturally a couple of radios made the trip with me.

11th July
The journey from my QTH to the lakes took me via some close by summits in GM/SS region, so I nipped up GM/SS-118 Wisp Hill - sensible routes start lower but take a more gentle gradient than the one I took!
From a layby near the top of the pass on the A7, head straight up! I needed to grab tufts of grass for the first 10m or so, obviously not a great choice of descent route if it got wet.

I set up the linked dipole along the fence and made 28 QSOs mostly on 17m which was very lively.
Very pleased with 4 s2s including @YO8AZQ/P on @YO/EC-030 at 2128km
As time was passing, so the slow moving rain in the distance was getting closer, resulting in me heading down a more sensible route, to arrive back at the car just as a few spots were touching the windscreen, nothing too serious but better to be down off the hill!
GM/SS-118 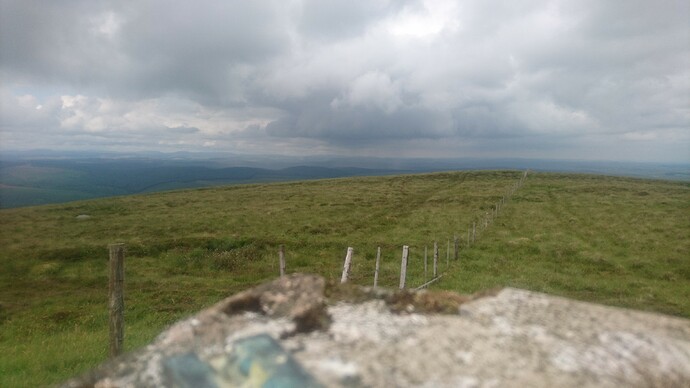 13th July
@M0NOM had recently posted “Skiddaw via Long Side”, so not being one to pass up free parking and avoiding crowds, I followed that route. It was appropriate that Mark was in the log with me - he was on Lingmoor Fell.
Skiddaw was busy (to me!) so I kept to 2m FM and a handful of QSOs before heading back down. Met a couple on Long Side who were studying an OS 1:25000 map, looking to try and find “this path” down - Long Side is quite steep being a ridge… “this path” was in fact a parish boundary … good luck following that!

14th July
Whitfell G/LD-032 - this was a really nice hill to do. I chose a less strenuous mode of transport than @ M0MZB
It was pretty windy up top that day, with some low cloud to spoil things and lower the temperature. When that cleared, Whitfell showed itself to be a really fine place to see the Lake District hills from.
Another bundle of 2m QSOs with 3 s2s. Only 1 HF QSO with Bruno @HB9DEN . Packed up shortly after that and enjoyed playing around on the rock outcrops on the summits on the way back to the car.
Buck Barrow summit rocks on approch/return from Whitfell 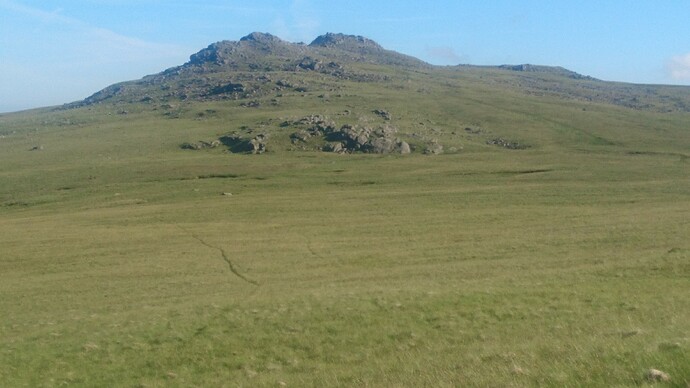 15th July G/LD-008 Blencathra
Son in law had done this (as a walk/scramble) the day before but I didn’t want to slow him down - he was going up Sharp Edge too, and I haven’t done that type of approach for about 40 years…
Another of Marks’ recent adventures was examined and I did the route in reverse almost. Again 2m QSOs the majority, with me attempting 70cms and success with @G4WHA Geoff again after 2m earlier. A fairly early start saw me back to the holiday home for lunch (a late one it has to be said!)
Sharp Edge and tarn - Blencathra from a sensible place … 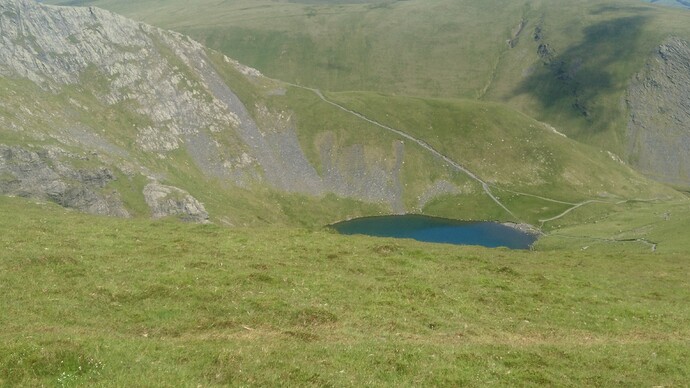 Sharp Edge - Blencathra - from on the ridge (photo courtesy of son-in-law). 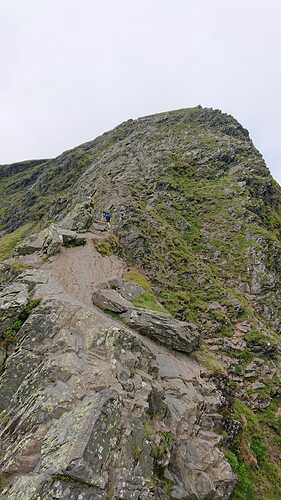 16th July Great Mell Fell G/LD-035 and Little Mell Fell G/LD-037
I’d made a s2s with @M1HAX/P to Great Mell Fell earlier in the year, so was keen to try and activate it - was also about 2 miles from where we stayed!
6 2m FM QSO’s - I used a Wouxon HT all week for 2m and 70cm - with an RH770 clone antenna until I broke it… ooops. For these 2 hills I took the 7m pole and 2m “slim jim” which worked fine with decent signal reports on both hills.
5 QSOs on Little Mell Fell

I tried HF from both these hills, but with no success. Receive was working well, but no power indicated going out. I have maybe fried to finals by transmitting into a wrongly set up linked dipole at some point during the week, so that needs sorted out! 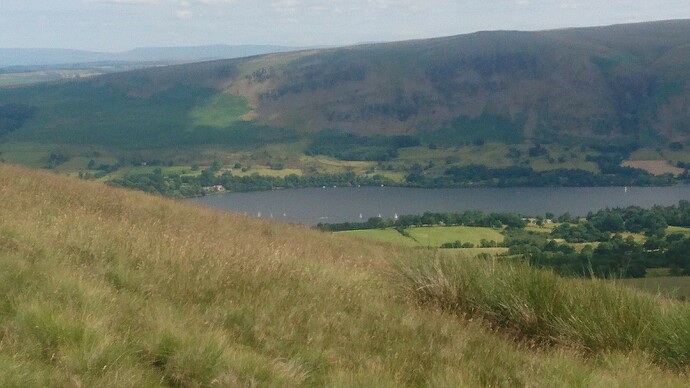 Big thanks to the folks who worked me during the week, some regular chasers for LD hills, and others who, like me, were on holiday enjoying the hills and the great weather.

Plenty more LD to do still, so will need to get another trip planned in.

It was my first time on Whitfell, and I thought it to be a very pleasant fell too. All the more pleasant due to it being so quiet.

Thanks for the nice activation report

Many thanks for the report. I’ll be in the LD in September and hopefully will enjoy the good weather you had.

I’m getting very tempted! Glad the reports are proving useful.

Mark (and everyone else who writes them!)
The reports are very useful for us “tourists” to the Lakes helping to identify routes other than the really busy ones - for Blencathra - I wandered from Mungrisdale up the south side of The Tongue to Bannerdale Crags - saw no-one else until up top, so ideal. I should have gone back the same way but dropped down the River Glondermackin valley - was a bit damper underfoot and I came away with blisters on both shoulders from the shoulder high bracken stabbing through the thin top I was wearing.

I’ll second that. We are coming up to the LD in September and I’ve been looking at summits I can visit within reasonable walking district of the two campsites we will be staying at. I’ve found the ascent reports linked to in SOTLAS for each summit are a very useful source of information too.