OK, so not really killer sheep. But they did kill my chances of any QSOs on 20m or 40m.

I activated Ingleborough back in March so had already got the activator points including winter bonus, but I didn’t get any S2S QSOs so decided to go back and look for S2S. I could also check out a mod I had made to my homebrew rig.

I knew Colin @M1BUU was going to activate Red Screes G/LD-017 on 30m so I decided to start there. I set up the 20/30/40m EFHW antenna and quickly worked EA2BD/P for my first S2S. Then I saw Colin’s spot and worked him. Then I noticed my antenna was loose on the ground instead of in the air. There was a sheep interfering with it. I got up to shoo it away and then realised it was eating the wire! It had bitten through and was munching a 55cm section it had bitten out of the wire. I was worried it would not be good for it if it had actually eaten or swallowed any of it. Fortunately it dropped the wire and I was able to recover it. The break was beyond the 30m link so I was able to repeg the wire and continue on 30m.

30m was doing well for me and everytime I did one last CQ I got another call. I ended up with 30 QSOs including 5 S2S. If the band hadn’t done so well I might have tried to patch the wire with the terminal block I carry with me to enable 20 and 40m but I decided to switch to 2m FM instead - I had just seen an alert for M0VCM/P on Helvellyn G/LD-003 and thought it was worth calling him. He was quickly in the log and a CQ SOTA call got me another 14 QSOs including one more S2S into Wales. I also spoke to Colin M1BUU/P on his summit in the Lakes with a good 59 both ways.

As I was finishing on 2m I had an F2F QSO with M0ARW. He was doing the Yorkshire Three Peaks with his two sons and as soon as he saw my mast he made a bee line for me and we had a chat. He doesn’t yet do SOTA but has got a Sotapole so maybe he will try. (In case you haven’t worked it out, F2F=Face to Face).

After eating a very delicious Ginsters Cornish Pasty I set up for 10m with my ground plane antenna. Unlike last week my CQ calls actually produced an RBN spot and I was called by a very weak MI0OAT/P for a final S2S to GI/SM-009. I also worked EA4M.

My homebrew transceiver includes an AGC circuit based on that by AJ8S for the QCX. It works quite well but I found some issues which sometimes caused problems with the sidetone for 10m. I disabled the circuit and, to prevent my ears being blown out by strong signals, had put 4 back-to-back diodes across the volume control (that’s two lots of two in series, in parallel with opposite polarity, if that makes sense). I have this on my other homebrew SOTA rig and it works well at limiting strong signals. I was pleased that it solved the issues I was having on 10m transmit, although there are still a few things I need to resolve on 10m RX.

One of these sheep ate my antenna 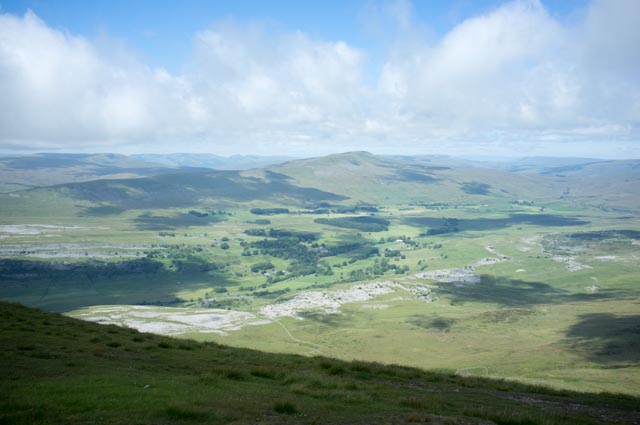 Whernside G/NP-004 and other SOTA summits in the distance 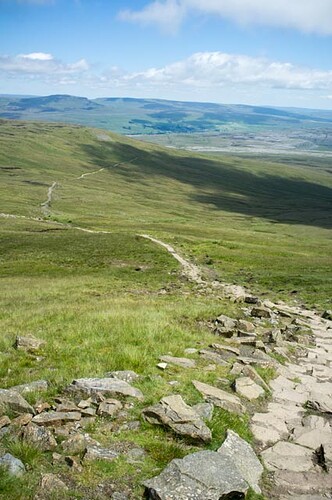 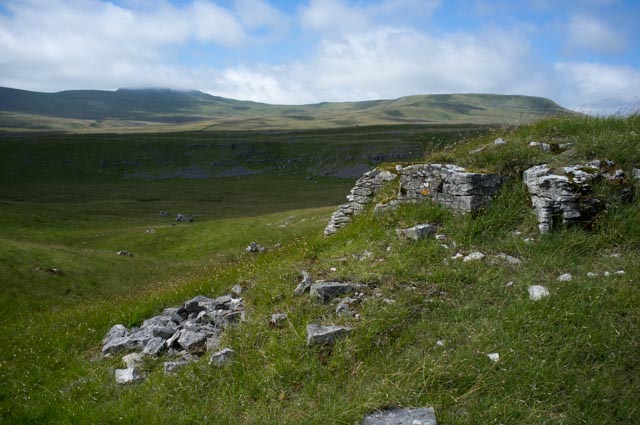 So a successful day out despite the sheep getting a taste for yellow wire.

Oops, a sheep ate your antenna? The interest in amateur radio and especially in Sota is constantly increasing. Thanks for today’s S2S,
73 Chris

Now I understand what is meant by the term end-fed antenna.
73 Chris

Hi Richard, great report and thank you for the contact from Ingleborough, I especially like the pic of Pen Y Ghent (The only NP summit I have activated).

This is the truth what we are fishing with our poles on the summits.

or an end fed sheep?

The Three Peaks still are dangerous terrain, it seems. Way back in 2010 on Whernside, we struggled with sheep that would have killed for chocolate. 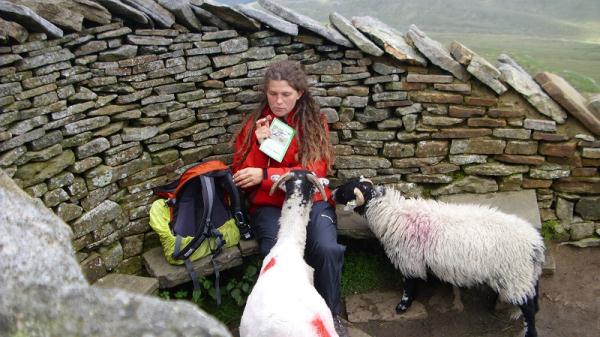 Instead, they ate Ilse’s jacket. You can see it in the red spots.
73 Chris