Had a very sucessful activation on Hoove this morning but was somewhat suprised by the mown tracks across the moor. 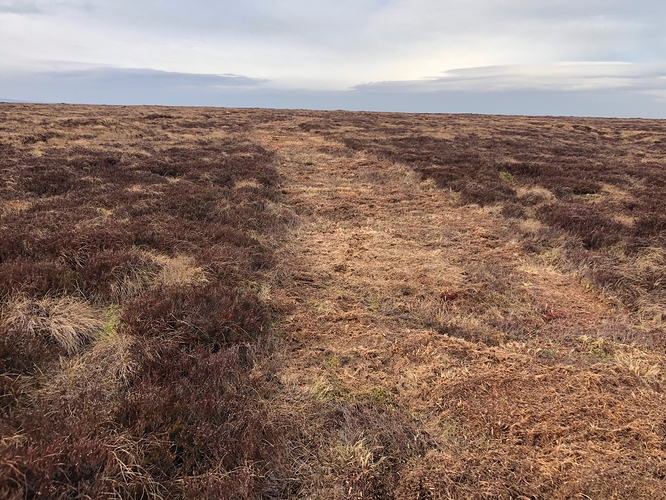 These went across the moor between the Grouse feeding points, and were not “tracks” - they still had wet bits - there was another area that had been mown several tens of meters wide. I know locally there has been a lot of noise about burning the heather off the moorland - I think this is the new alternative, so mown yes - but probably not up to a game of cricket!

( PS The mown bits seem to have been done to remove the possibility of using them to proceed in a sensible direction to the summit, being not quite at right angles to the direction of travel! ) 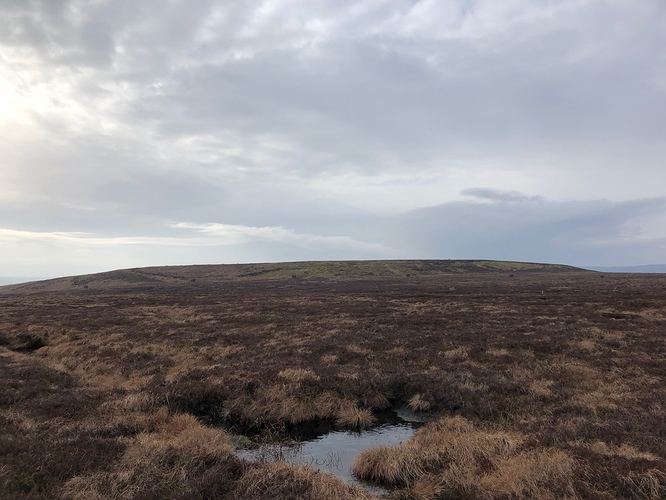 Thanks for the 80m contact, Paul. Sorry if I confused with the GB50WAB callsign!

by the mown tracks across the moor.

I have seen this quite a lot over several years from the mid 2000’s in the Northumberland moorland areas. The purpose is to create controllable fire breaks around areas where they intend to burn the heather. Essentially the moorland is divided in many patches by these mown tracks. Some are for new heather burns, others are for first growth with young shoots and others are for tender heather, and so on. It is all to do with the management of moorland shoots. The moorlands end up looking like a patch work quilt. If I remember correctly the heather burn must be completed between February and end April after which it is illegal,

somewhat suprised by the mown tracks across the moor.

These may be heather fire breaks but just as likely these are in place of burning.
Many estates have given up burning altogether .

I was shocked to find one heather burn near me which went out of control (amateurs) which required seven appliances to attend to briing it under control. After the moor fires in G last year I would not be surprised if local authorities clamped down on muirburn.

Meant to add: hillwalking across relatively recent (within a year or so) heather burn is a nightmare; it can ruin your boots and the remaining soot makes a right mess of your clothes.

We live within 300m of the moor ( One of our cats has a taste for Game … ) so are sometimes in the smoke! This is the first time in Durham I have seen it cut not burned. ( Large mown area…)

Hi Paul
Did you get my message ?

Yes Eric - sorry. I didn’t get my report ( I asked a couple of times ) but it was a bit hectic so I’m sorry it didn’t get in the log. So sorry. Next time??