I woke up at 2:45 utc, after a quick breakfast I started to drive from Giulianova to Campo Imperatore, I reached the parking at 5:00utc.
panorama from Campo Imperatore to Corno Grande

The summit was sorrounded by clouds. 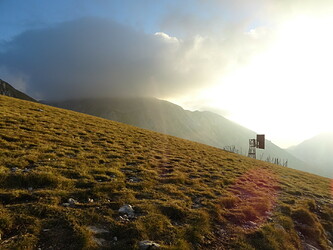 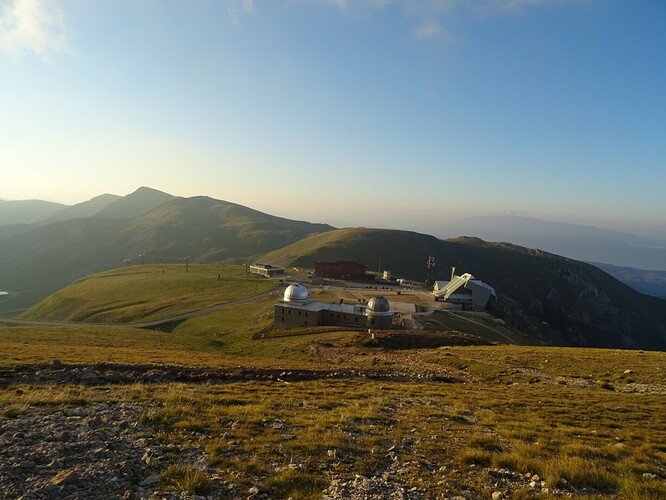 My dog Zac and me started to walk in direction of Conca degli invalidi, when we reached it we were in the clouds, the visibility was reducted at some meters.

I was tempted to give up the summit, I took a break for eating a lot of jam and drink.
No one was around, I decided to continue the climb unless the wx got worse.
In a short time we had reached the last sella. 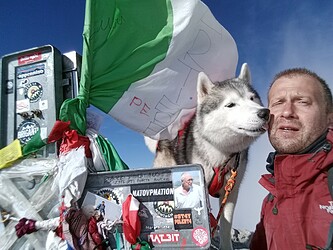 I started to call in vhf fm in the meantime I installed the hf setup: mini telescopic pole 4.5mt, 10.2 mt of 26awg wire and multitrasformer.

I managed 2 qso in fm 2mt with two portable stations that were to La Madonnina abt 2km est.
I begun in 60cw, I managed a nice pile up that permetted me to qualifier the activation, range qrb abt 700km. I was unable to contact my friends in region I2 (abt 500km), previously warned via whatsapp.
Unexpectedly the network operator signal was present, I exploited of selfspot on 40meters ssb.
For some minute I relaxed in phonia mode.
For the last calls I switched in 20cw, when I caught all chasers in a pile up I pass in qrt.
During the activation a young lady arrived on the top and sat near me, she asked about what I was doing.
Given the poor conditions of visibility we decided to climb down together.
Way down conca degli invalidi 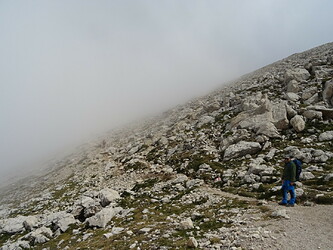 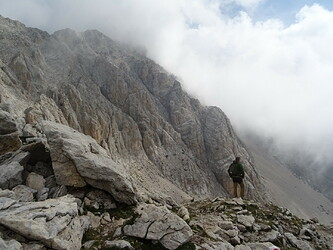 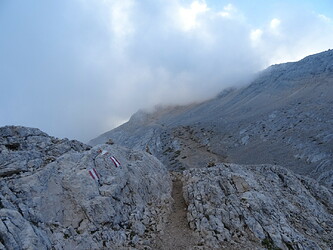 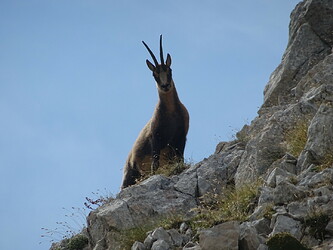 I think I was in your first contacts and I am extremely happy, it was earlier than expected, I am at the station around 04:30 UT!
But your Log is not online!
Thank you for your report with beautiful photos, I love your dog Zac!
Many thanks.

Hi Éric,
Yes, you’re a first contact in HF 60mt at 07:31 utc.
My vacation is over, I returned at home this morning, I’ve three paper log activations to upload, I will do in the next few hours.
Thanks to you for low bands qsos!!
Also Zac said thanks!
CUAGN
73

Hi Roberto, thanks for your activation report and great photos