Holes in the video

The video looks OK to me. It certainly is a “moonscape” on the summit plateau, but it looks like they are operating from the final approach - presumably to get shelter from the wind, that was obviously blowing about somewhat. The 25m AZ rule would comfortably allow them to operate from that point. The view of SLM looks about right to me.

If you look here:

…you will see the summit (evidenced by the trig & topograph), with grassy areas in the background. Hope this helps.

At 1:31 it can be seen that the pole is not tied to the fence. The fence posts are vertical where as the mast is inclined at about the 11 o’clock position. There is one fence post that appears next to the mast and the bases of the fence posts are running on a different plane to that of the base of the mast, which is hidden be a slight hump in the ground at this point.

The camera always foreshortens the image and the wider the angle of the lens the more pronounced the effect, so the fence would appear closer than it really is.

Bearing in mind the other (panorama) video that was filmed from the summit itself would anyone then proceed to set up outside of the activation zone and then post it on YouTube for all to see?

Maybe I won’t bother posting my video of the Loch Ness monster attacking a UFO in case someone thinks it was faked.

I concur with G0PZO. The video was probably taken somewhere in the col between Skiddaw and Skiddaw little man - close to where the fence turns through 90 degrees i.e. approx NY264283. Anquet makes this approx 836m ASL

Note the similarity between the video at 1:33 and the following picture:

Given that Skiddaw is 931m it looks to me that the video was shot outside the activation area.

The camera always foreshortens the image and the wider the angle of
the lens the more pronounced the effect, so the fence would appear
closer than it really is.

You appear to be saying that whether the lens is wide-angle or telephoto it will foreshorten the image, which seems to be having it both ways! My experience is that wide-angle makes things look further away and telephoto makes them look closer, which is to say wide-angle accentuates distance and telephoto diminishes it. In this case we do not know what type of lens was in use and have to look for other clues.

The video is debatable. It can be very difficult to tell due to foreshortening from zoomed lenses. However, if you look at some of the stills taken you can see that the activators did reach the summit. 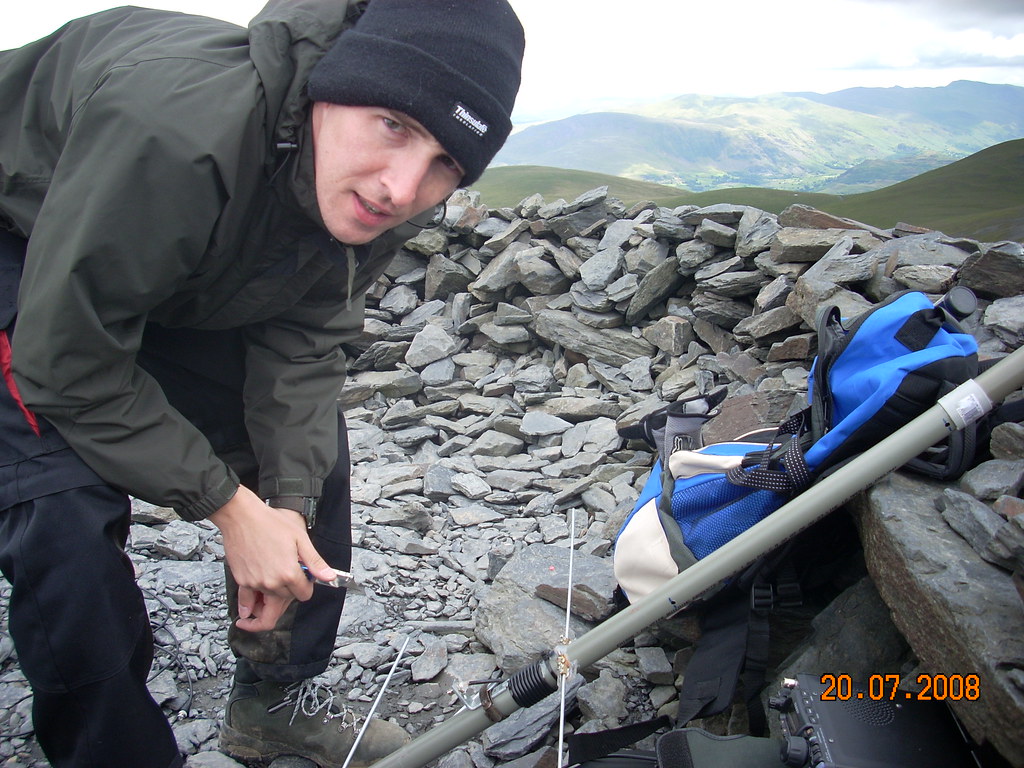 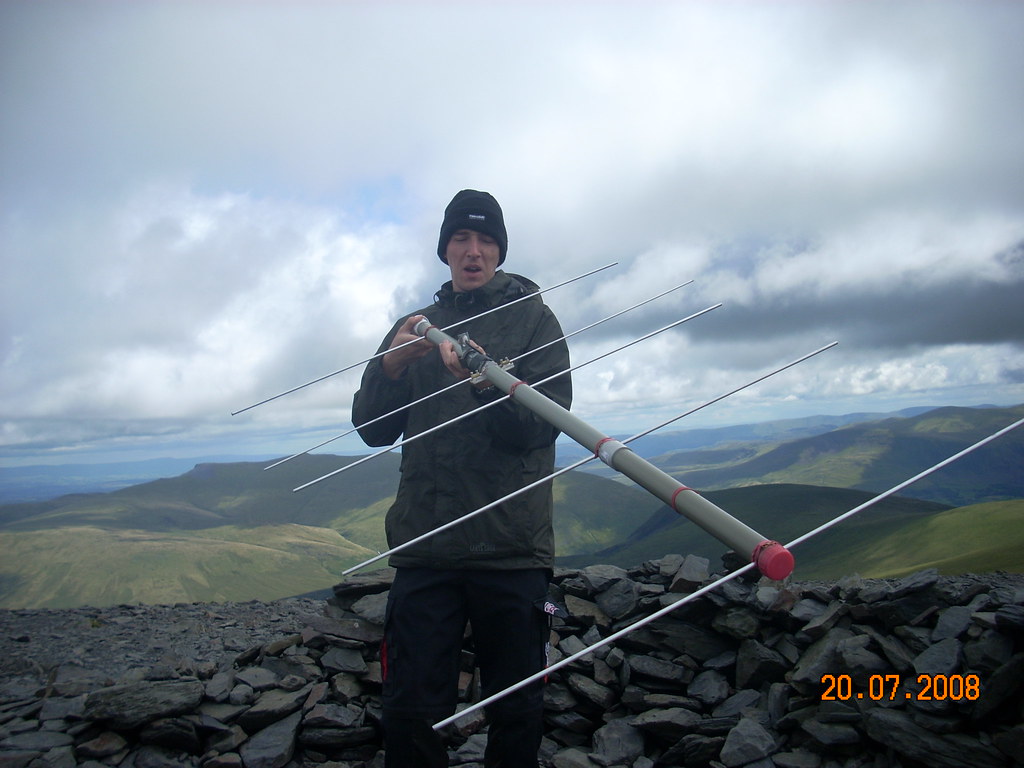 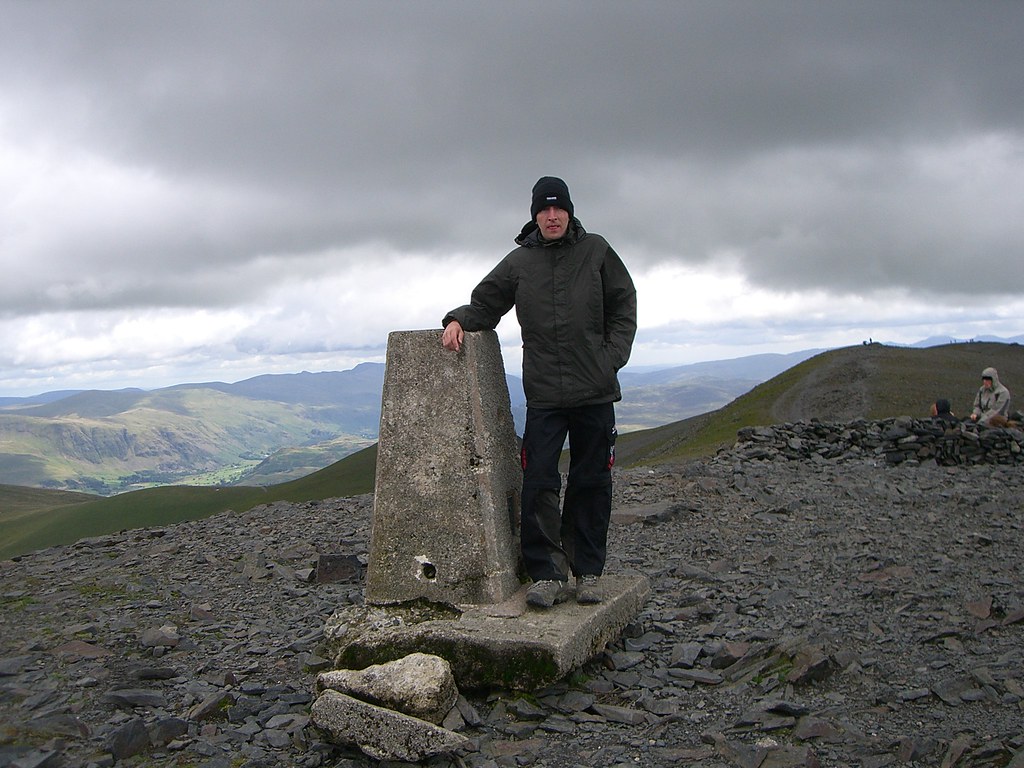 and compare them with:

So whether the HF setup is in the AZ or not, they certainly reached the summit at some point and in my book that would be good enough for me. Photo evidence of the activator with the gear at the summit proves the activator carried the gear up to the top.

So whether the HF setup is in the AZ or not, they certainly reached
the summit at some point and in my book that would be good enough for
me. Photo evidence of the activator with the gear at the summit proves
the activator carried the gear up to the top.

Sorry to be pedantic Andy, but is this statement not an interpretation of the rules and as such open to question?

The point in question is where was the activation site? I can only assume if they were outside the AZ, then they did it for ease of erecting the antenna and to get away from the public. The first reason would be understandable and the second commendable, but neither an excuse for not complying with the rules.

Just my 'penneth. I make no comment on the position of the activation on the mountain - it’s far too long a time since I’ve been up that one!

Of course it is an interpretation The point being that if someone got the maths wrong when subtracting 25 from the summit height and set up at that point and they’d been to the top and could prove it then I’d give them the benefit of the doubt. Just one time that is. If they could not prove they’d been to the top with the bags of swag then I’d say no way Jose.

In reply to thread:

This was John M0UKD’s first activation and a very creditable one. He made 27 contacts on two metres from the summit shelter, and then decided to drop down a little way to set up the HF station because he didn’t want to inconvenience the many people in the summit area and he found the ground unsuitable for pegging the mast and antenna. He achieved a further 18 contacts from the lower position. Unfortunately, it being as I said his first activation, he was unaware of the 25 metre rule and dropped down too far. Having become aware of the problem he has deleted the HF part of the activation from the database. He loses no points because the 2-metre activation was valid.

The matter is now resolved so I am closing the thread. I would like to thank John for the way he has dealt with this and look forward to working him on many future activations.