I was down in England for a SOTA management team face to face meeting and on the trip back I like to grab a few uniques, last year it was Hallin Fell G/LD-043. This year, the Mell twins were the target. Neither are particularly difficult but both have some rather good views.

Little Mell Fell G/LD-037:
I parked at the usual place, the small layby at NY423235 and followed the path across a field towards the very obvious path that leads up the front of this small hill. It’s steep at first but eases off after a few minutes. It takes about 20-25mins to get the trig point. Easy 2 points. The WX wasn’t brilliant but it wasn’t raining. 20m was up first and conditions were average so it was the usual 1 hop European stations I worked apart from Matt KA1R who is turning into another regular for me. Great ears like Rich N4EX so having a pair of keen chasers just across the Atlantic is great. After 20m I tried 30m but only managed 3 stations. I did call for a bit hoping to get a 4th as I like to qualify the hill on each band I use when possible. But with another summit to activate and 120miles to drive home I didn’t hang about. I did pull out the 2m handy and managed a QSO with John G0TDM and Geoff GM4WHA who was out mobile. I didn’t think of putting the rubber duck on the 817 and having a 10m QSO with John which would have been a nice multiplier. D’Oh! Back to the car in about 12mins and then on to the next summit which is only about 10mins drive. 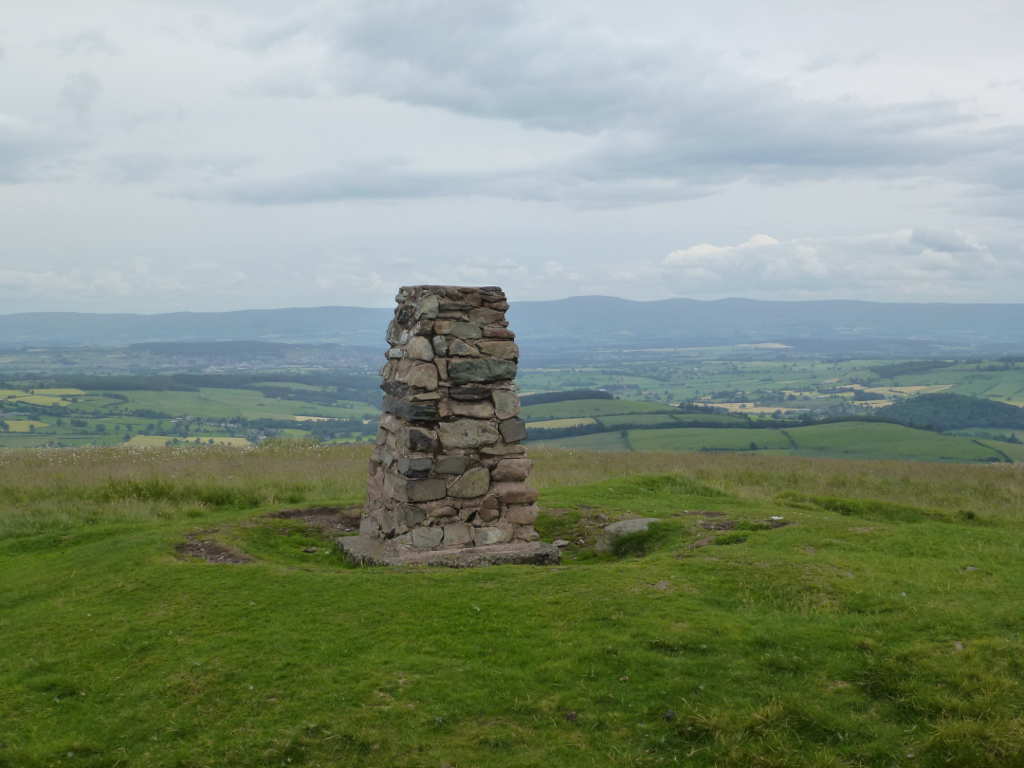 Great Mell Fell with Blencathra in the far distance. 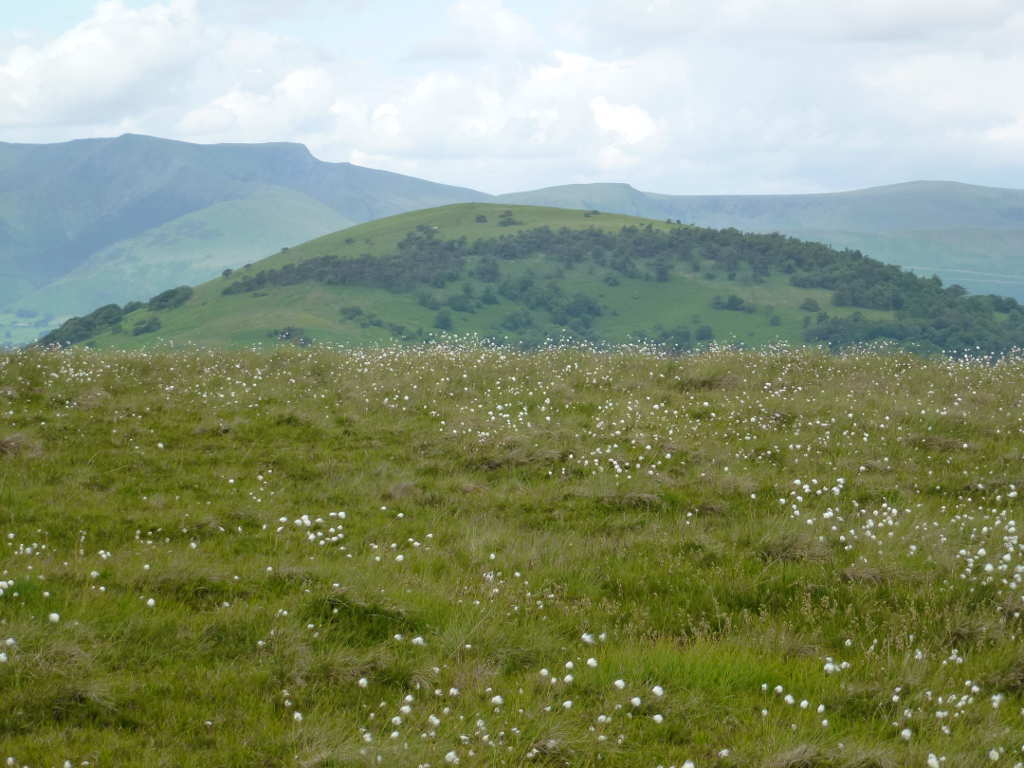 Great Mell Fell G/LD-035
I knew where to park for this and there was a path but it wasn’t marked on the map I had and this one only takes about 25mins to the summit anyway so I wasn’t worried. Actually it’s nearer 50mins but I had forgotten that! When I got to the parking spot it was full. Luckily a VW camper was about to leave so I managed to get a parking space behind a strangely familiar Passat. Aha! Mrs. G8ADD was in the car. She said Brian had been gone a while so I thought I’ll meet him on the way down or he’ll still be there playing.

Warmer and sunnier now I set off through the woods. I came across a style and NT sign and lots of boot prints. Must be this way and followed a path which wound around the woods and didn’t seem to climb much. You can’t get lost on a walk this short can you. I was about to turn back when I though just go up through the woods but that’s what the path did. It meandered about through bracken and trees and all of a sudden joined an obvious path with a few other walkers. Must be this way then!. From there it’s a trench to follow and very easy.

At the top I found an odd character watching the clouds sail past. “Afternoon Brian, have you qualified it then?”. The reply was no because his 817 was on strike! Brian was pressed into service to help me set up which was done much quicker with 2 pairs of hands. Then he said he was going to watch a CW master at work. Sadly we didn’t have any masters of anything handy, so he had to watch my CW comedy act instead. Mesmerised by the cack-handed sending and cloth-eared way I had to ask for repeats of callsigns Brian realised his CW skills were not as bad as he first thought. I could see him thinking “he’s hardly any better than me!”. This stirred Brian into action and he bid me farewell muttering something about getting a paddle and cloning my cloned antenna!

Just then it started to rain very gently. That wasn’t going to stop me trying 10m. First in the log was John G0TDM which was when I realised how daft I was on Little Mell not suggesting 10m to him. Next in the bag was Mike G4BLH. I was really pulling in the 10m DX now. Final QSO was Manuel EA2DT. After 10mins of calling there was nothing, so I packed up and was walking out when I met a family out for a walk followed by 7 fell ponies. The ponies were so tame they had tagged along for a Sunday walk with this family. I had a chat and took some photos and then was off.

This time I followed the path back the way I’d come and then didn’t turn off where I’d joined it but followed it back to its start. Yes, when you follow the main track from the car parking area you take the SECOND style not the first. You get a much shorter walk that way though the path through the woods is delightful. Brian had told me before that Great Mell Fell has some good views. He’s spot on, it’s not a big walk but so worth spending time just looking in all directions from the summit. I can see why this is a popular hill, it’s a wee gem. 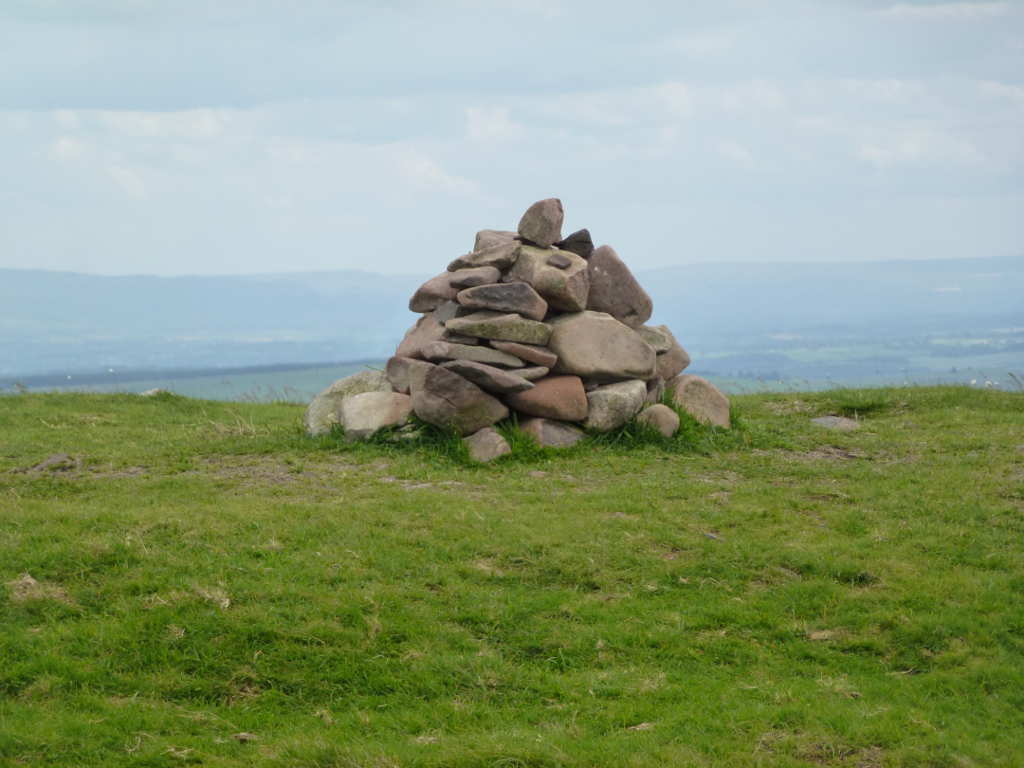 A view out to Hallin Fell 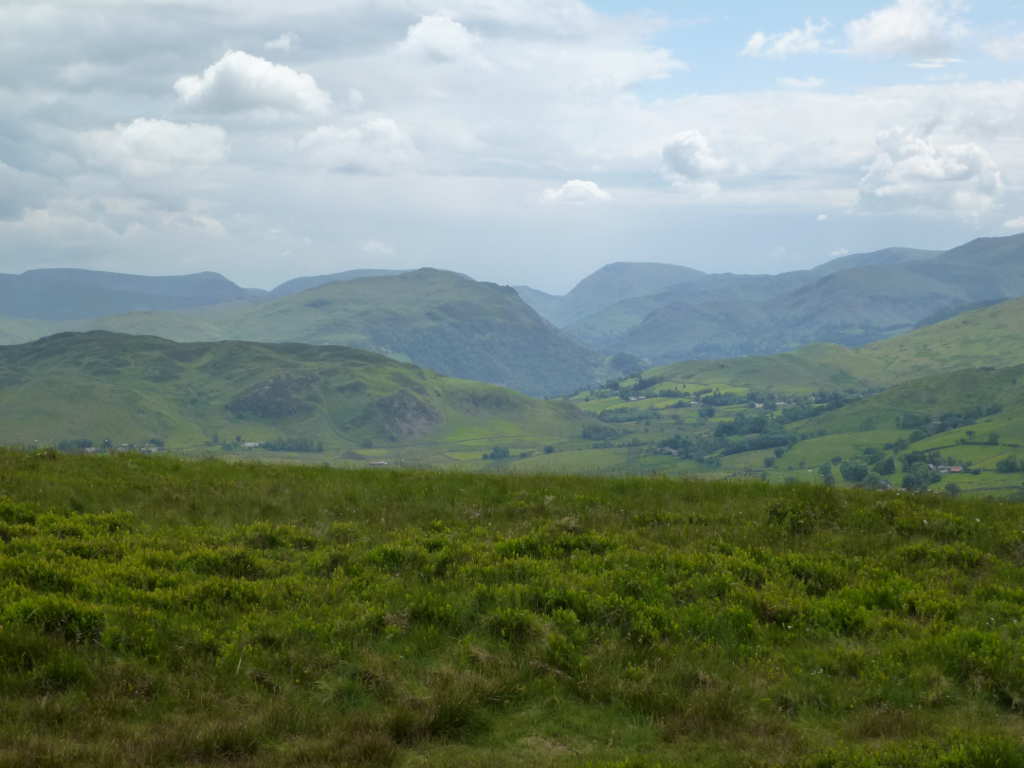 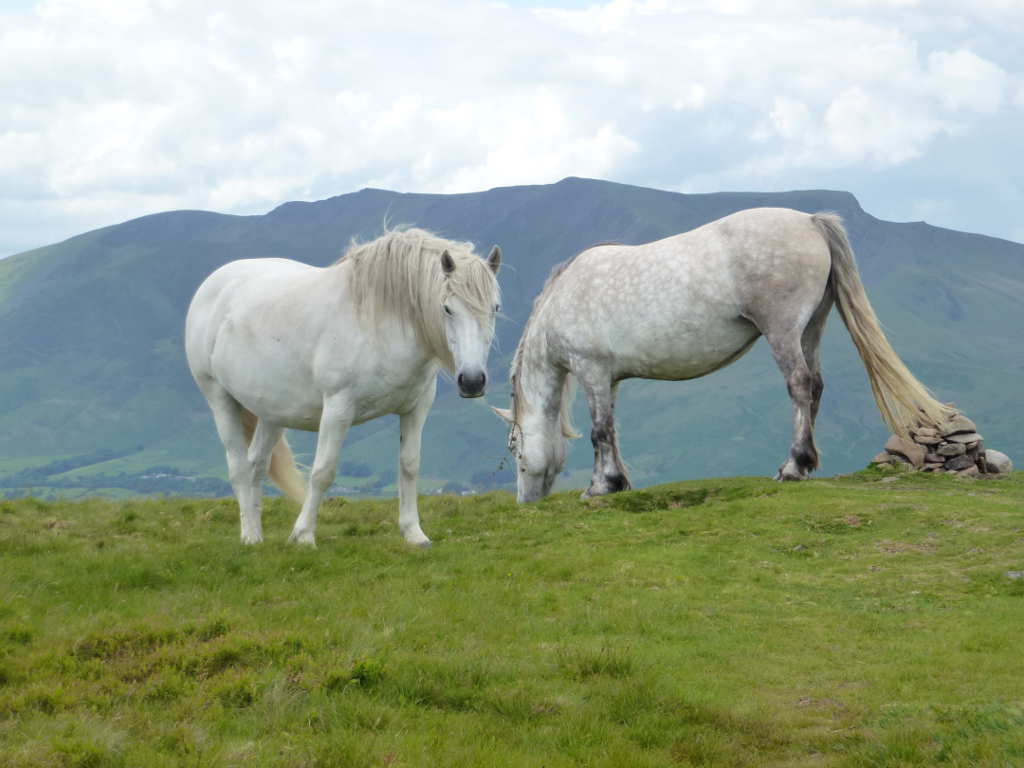 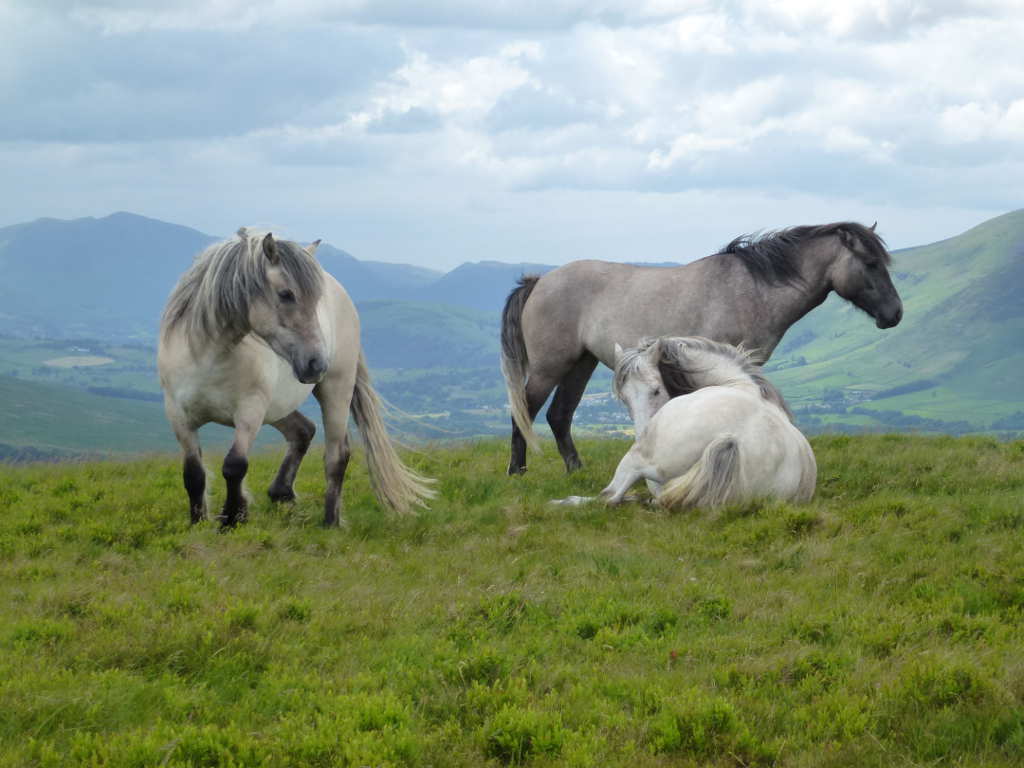 This stirred Brian into action and he bid me farewell muttering something about getting a paddle and cloning my cloned antenna!

No paddle yet, but your antenna cloned quite well! I’m glad you didn’t scare the punters with that double selfie!