The actual peak of Graves Moutain does not lie within the publicly accessible Graves Mountain Conservation Area, which is not uncommon in the Mark Twain National Forest. The peak is an island of private land. However, the activation zone is both broad and flat, and gives ample opportunity to activate this peak within the rules of the SOTA program.

So, activate it I did.

Note: many of you no doubt already know this, but I just discovered a major difference in satellite map views between Google Maps and Google Earth. I’ve known for quite awhile that Google Maps will fill in the satellite view with “junk” as you zoom in – one sees repeating patterns of trees or whatever that sorta look legit, but on closer inspection are just graphical junk to complete the picture. Google Earth, on the other hand, does not. It provides as complete a satellite picture of areas of interest that I’ve found. (Also, there is some disparity between what I see on my phone vs what I see on the computer. The phone’s rendition of Google Maps is better – go figure).

It’s this sort of junk in Google Maps that obscures a very important piece of information for accessing Graves Mountain: the forest service road. Whereas the Google Maps representation looks like a mile long bushwack, Google Earth shows a forest service road that gets one within roughly ½ mile to the AZ – a much nicer trek than a total bushwack.

Armed with this new knowledge, I set off to Graves Mountain Conservation Area. The entrance road is on highway 143 north of Sam A. Baker State Park, at 37.2968518, -90.5149768 (there can’t possibly be that many significant figures, but that’s what Google thinks). 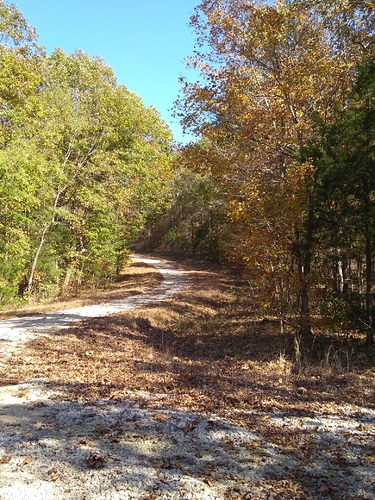 There’s a flat parking space right at the entrance, but I would suggest going up the steep gravel road. 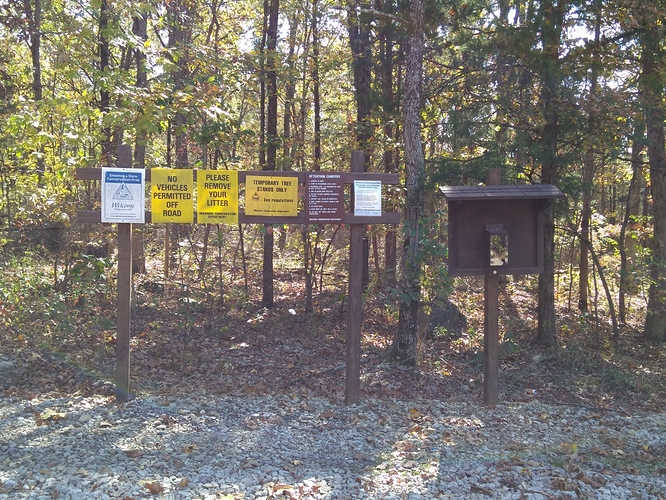 A front wheel drive car ought to make it, but I put Truck L’Orange into 4WD. At the end of this gravel road is another flat parking space, and an orange gate, which was locked. Were it not locked, I would have been able to drive to the bushwack jump off point. I would not attempt this in a car. 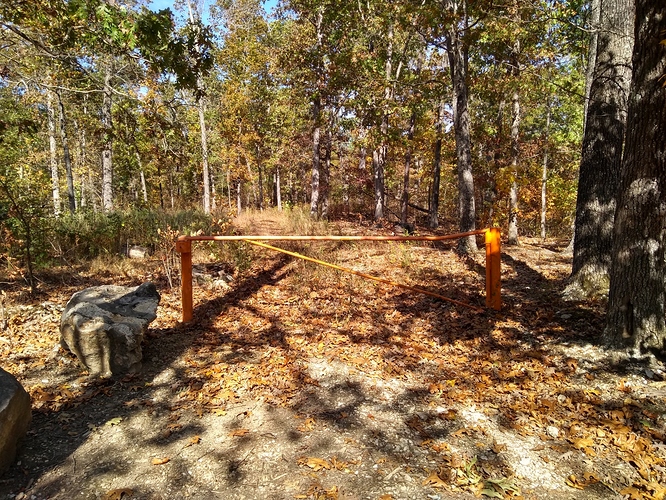 Beyond the gate is the old forest service road, which is in pretty decent shape and very walkable. About 3/4 of a mile along the road, you’ll come to a steep downhill section. (37.304654, -90.501805). This will be recognizable from other downhill sections because you can see the uphill section to your left. This is the ridge that goes straight to the AZ. Take a hard left and start to bushwack. Undergrowth is not very bad at all, and it is not very steep. It’s a rather nice hike. 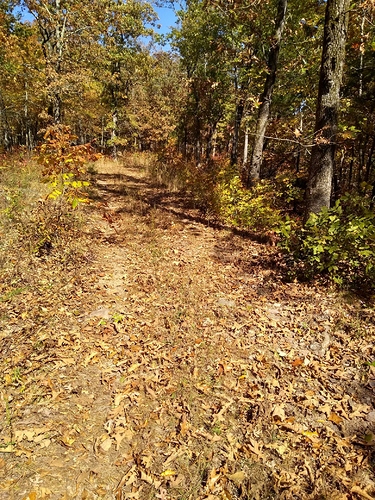 Overall, I made 43 contacts, 5 S2S and a hand full of DX. Apologies to N1ZF – they tried to work me S2S at one point, then I tried to work him, and both times the band just disappeared.

Thanks to all chasers and activators! AT&T coverage was enough to self-spot. It was an absolutely gorgeous Fall day!

On the way down, I startled an animal in the bush (which is fairly common). I figured it was a deer, as per usual. What I saw running away from me was a 300lb wild boar! I don’t get too concerned about critters in the wild, but the boars do make me think twice! Fortunately, he ran the other way.

All in all, a great day, and a great activation! 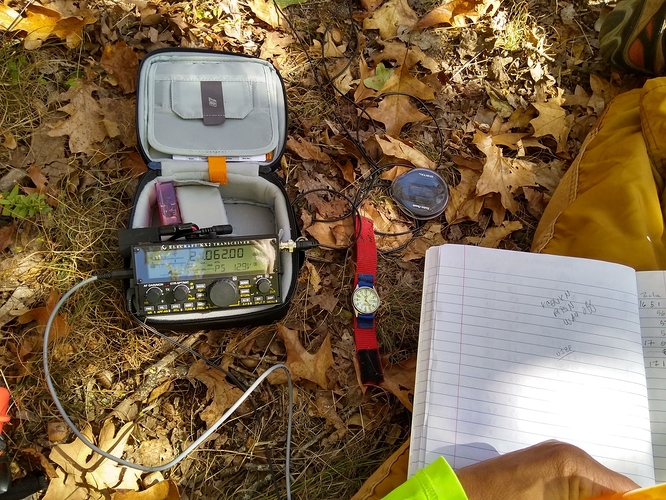 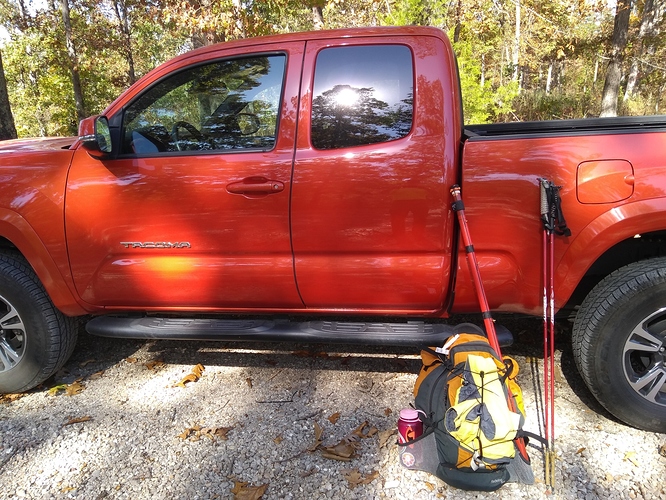 Really cool report! This spring/summer I activated 60+ SOTA points in areas considered very high in Bear, Mountain Lion and Rattlesnakes. I saw none! It is something that is in the back of my mind though. I “think” I saw a mountain lion’s head duck behind a rock on a SOTA activation in Wyoming. As silly as it seems the one animal that did have me concerned was this! 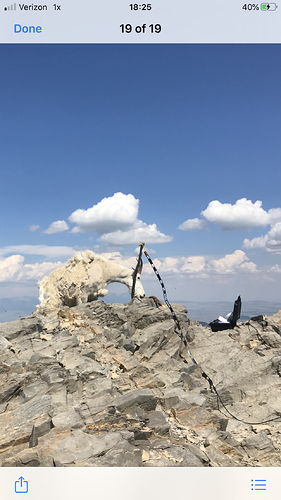 I was catching my breath after hiking Sacagawea Peak in Montana. I heard a rock move and this was 10 feet behind me! On his turf with no where to go and no defense I would have been done! He munched on my antenna then walked away down the ridge!