The weather has stabilised a little here in the Steiermark, making an outing to the Obersteiermark a much better proposition. I plumped for the Gößeck, as it is the closest to me. I set the alarm for 04:30, hoping for an early start. I got out of bed at 05:30 and set off at 06:50, which wasn’t too bad all in all. The Gößeck is about twice as high as any mountain I have climbed in the last few years; I was not sure how it would go. The weather was quite cool when I arrived at the Gößeck car park, but I was soon sweating buckets on the trail up the mountain: 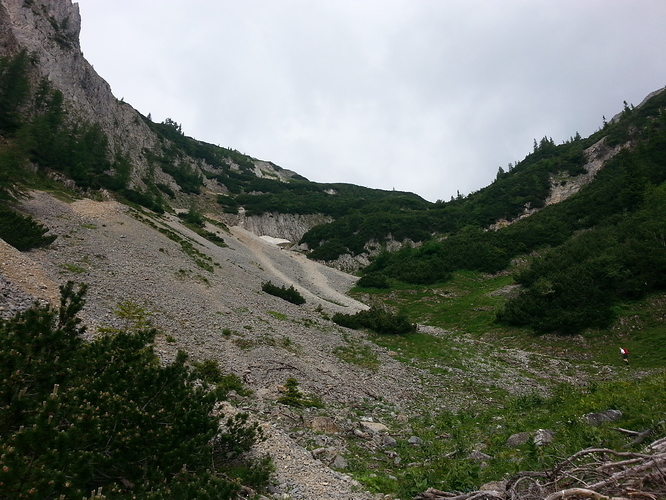 As can be seen, the way is not too steep, just 1200m of height gain, so not for your average couch potato. There are plenty of wild Ibex in the area. Unfortunately, I was not able to get a really good photo, the zoom function on your average smartphone is really not much to write home about: 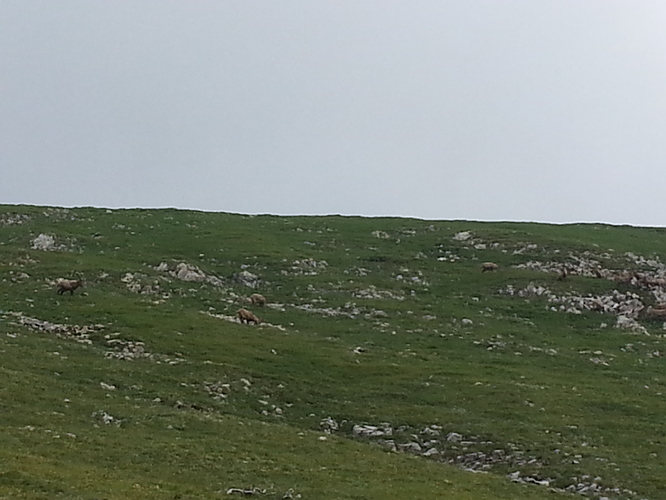 I reached the summit to find I had knocked about an hour off guide book time, so not quite ready for the scrap heap just yet; although I had to have a puff on the old inhaler after all that exertion; well if it’s OK on the Tour de France… (I hope there are no anti-doping regulations in SOTA I am unaware of). As ever, the view was well worth the effort:

Some nice passers by even took my photo in exchange for me taking theirs: 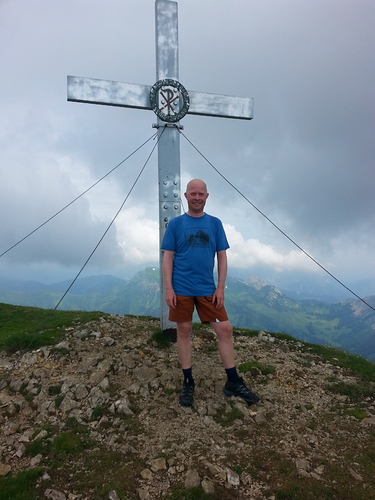 The summit of the Gößeck is large and grassy (pegs went in no probs whatsoever), so a full size antenna is a must in such a location. Perhaps I got there a bit early, but the pile up was not as humongous as expected. I paused and had a sandwich, then started calling again. The second time round I only picked up a few stragglers on 20, so I decided to call it a day and pack up. The sun came out on the way down which warmed me up nicely on my way down the valley. It would have been nice to go out again tomorrow, but my legs will be far too sore. It’s a bit too windy as well, if the forecast is to be believed. Well, I have plenty to build tomorrow.
73 de OE6FEG / M0FEU
Matt

Nice one Matt!
Which route did you take? I’ve been planning this one for some time! (as a 1-day round-trip from Bratislava, Slovakia) Did many people ask you about the antenna on the summit? Was it crowded?

A few people asked me about the antenna, but there is plenty of room at the summit, so no stress really. Here’s a link to the car park at the start of the route:

Congrats on the achievement!!!

I just did my activation too yesterday! The rain and hail hit us pretty hard, I had to descend a couple of meters to put up the antenna safely! Unfortunately, just 8 contacts on HF and no contacts on VHF. I was hoping for some VHF dx from such a high mountain

But, of course we managed to have a lovely cup of black pu-erh. 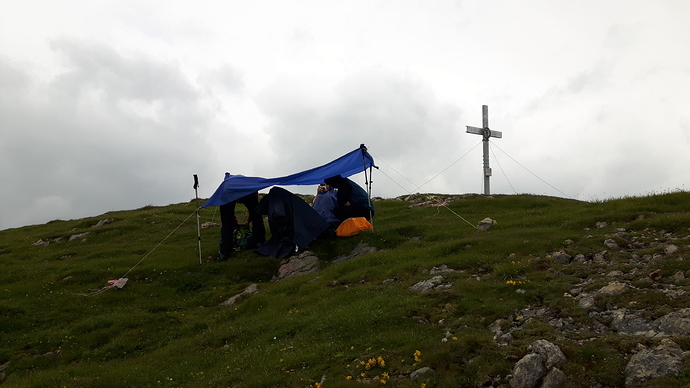 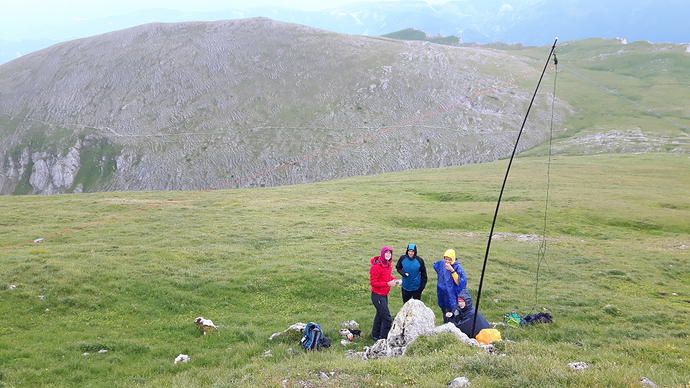 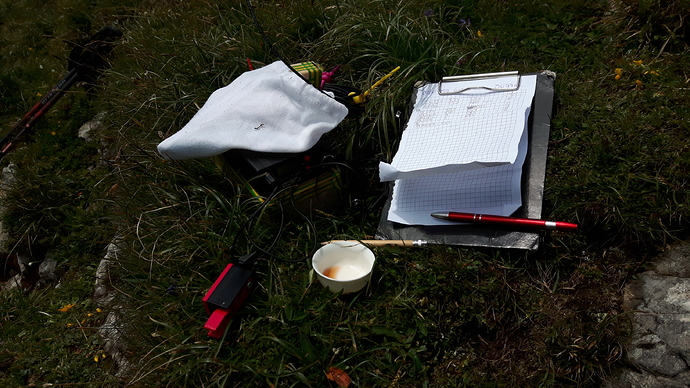 Fantastic! The Gößeck is a big mountain, so an expedition for settled weather really. That said, as you yourself did, it is fairly easy to get down onto the lee side if it is windy. I’m flying to England tomorrow for a few days. Hopefully the weather will be good enough to go and activate G/NP-008 (Great Whernside) and G/NP-009 (Buckden Pike).
73 de OE6FEG / M0FEU
Matt

Yup. I was just putting up my 6m telescopic pole with a VHF slim-jim on it right at the summit, when my friend told me to look behind my back. A great dark cloud with a frightening veil of rain and hail was advancing on us. And precisely at that moment the connector at the end of my antenna started sparkling in blue against my finger. The sensation was tingling which then turned to painful burning.

So just as I was verbally reacting to the situation (a pronounced "f*********ck) I was packing my pole as fast as never before.