Yesterday I decided to activate something after a month of inactivity mainly due to rain. After checking my log for 2009 I realised I hadnt done Pen y Ghent G/NP-010 this year. Instead of an early start, I decided to make it a one summit day (as my non ham friend was coming)and had a more leisurely morning. On the way up I worked Phil G4OBK on Gt Whernside with his walking group, I managed to catch him still in the AZ for s2s as I arrived on my summit. A brief chat with Rob G4RQJ on G/LD-020 told me what a torrid time hed had on HF and how pleased he was to hear chasers on 2m. Hmmm - I hope my extra power would winkle out a few chasers. In the end I haad 106 contacts in the log with the help of the G4BLH spotting service. 10m was the pick of the bands with great signals into HB9 / OE & even a rare HB0 in the log. I could have stayed longer & flattened the batteries on 2m, however it was so windy I had no control of the beam at all - even just using the stubby 3ele part of the SB5. The wind was galeforce from the West & as the wall runs East - West, it afforded no shelter at all. Thanks to all chasers - bands / contacts as below:-

In reply to G1INK:
I am looking forward to some 10m SOTA hopefully this summer. Sean M0GIA

I also use the SB5 and have stopped using the stubby 3 element as it is little better than a dipole and certainly more of a pain when it is very windy. From what I have experienced, it has a lousy polar diagram as well - a dipole is certainly more predictable. I just tie wrap the short section of boom to the top of the pole and use the dipole element on its own.

Hi Gerald, it was so windy up there I could have done with used a J pole or similar, my friend was getting bored so I decided to pack up rather than fight the wind.

Yesterday was forecast to be a decent day, so I decided rather than spend 3 or 4 hours driving, I would activate my local summit which is a 10 minute drive. (and yes the usual speed camera was near the cat & fiddle pub).
I set up for 40m & immediately worked Lutz DL3SBA/P for the 1st of 14 s2s`s.
40m was in pretty good shape with most stations coming in 5/9+. I had a pretty good run of 56 contacts in 35 mins. A leisurely scan around the bands revealed a bit of sporadic E on 10m. After 15mins faffing around trying to self spot, I eventually succeeded sending a spot proclaiming I had skip into S5 land. Another 30 contacts were logged with 8 of them being Slovenian. After the 10m forray I tuned around & picked up another couple of summits. I was waiting for Lutz on his 2nd summit but eventually packed up the HF wire & replaced it with the SB5 for 2m. A good haul on 2m ssb was followed by 2m FM. Once I declared on air I was ready to pack up & go for a pint, the chasers seem to come out of the wood to delay my alcohol fix.
In all, just under 5 hours were spent on a warm, sunny summit & 135 contacts were made. Notable wildlife spotted included 2 lizzards, 1 slow worm, 3 buzzards circling like vultures, a raven & a large light coloured owl.
40m ssb - 57
20m ssb - 2
10m ssb - 30
4m fm - 3
2m ssb - 13
2m fm - 30

I wonder where you were sitting? I have not spotted any lizards or slow-worms up there so far. Were you over by the rocky outcrop I wonder?

In reply to G3CWI:
Hi Richard - I was approx 30m to the right (North) of the stile on the trigpoint side of the wall. I tried to catch one lizard to show a couple of women but they werent too keen. I spotted the slow worm just below the rocks when I was looking for a geocache (unsuccessful as I didnt have the info).
I was surprised to see reptiles up there as I normally associate them with a more sandy / gritty environment, but having said that, the N Yorks moors are teaming with vipers.
Best of all - not a Peak Park Ranger spotted all day

Hi Steve, Shame I missed you yesterday, we decided to pack up 5 mins before you came on.

Hopefully in the future??

Good going on 10m. It has been pretty poor from FR, mostly only open to Spain.

Found this in the garden a few days back: 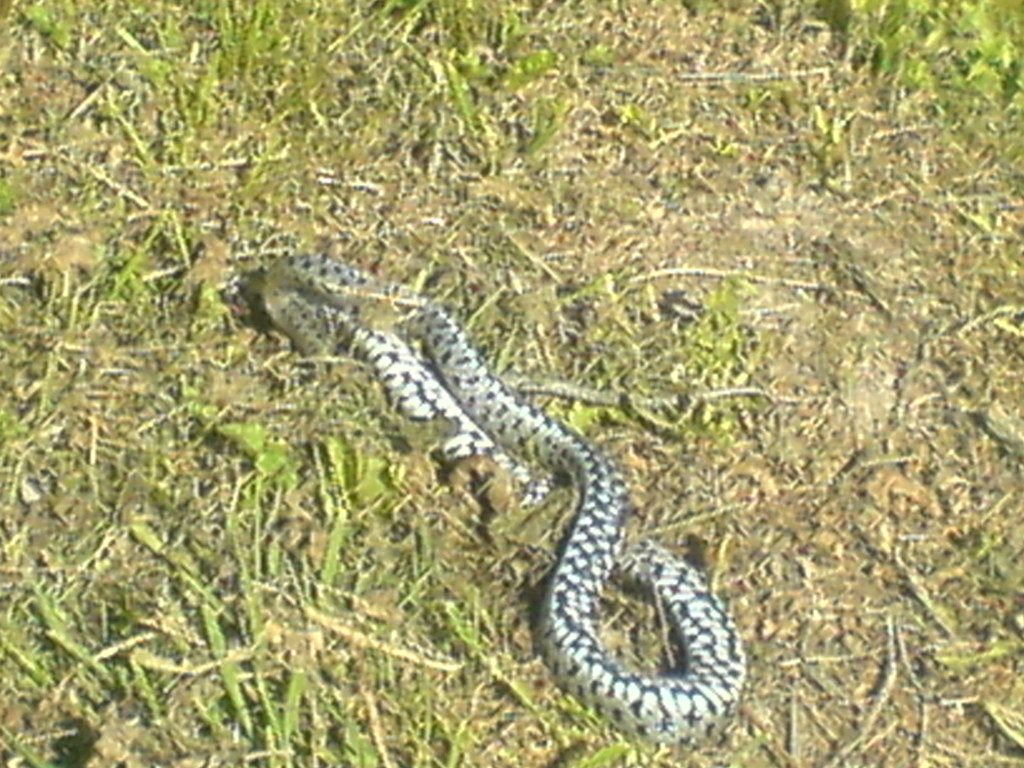 In reply to G1INK:
Hi Steve,

thank you for the S2S QSO yesterday. On the 2nd summit RP-007 I started with 20 m at 12:00 UTC and worked Luc SV5/ON6DSL/p followed by Mads LA1TPA/p. Then I did some antenna adjustments to get the dipol ready to work on 12m and 17m followed by 2 contacts on 17m. I switched to 40m about 13:00 UTC and my first contact was Joerg DL5KD/p on SR-012. The HF bands were in good conditions and altogether I was very pleased to get 8 S2S QSO’s and 111 “normal” contacts in the log on the two summits. So we missed the 2nd S2S QSO but we may do it the next time.

In reply to DL3SBA:
If the WX is ok tomorrow i might just get myself up The Cloud and see if i can work anything on 10m, been over the field behind me tonight playing with a new vertical that works 40m - 10m no gaps and no ATU! Worked into Athens 58 with 5w SSB on 20m so i am hoping it will work well on 10m. Sean M0GIA

In reply to M0GIA:
Hi Sean. What time do you expect to be qrv from The Cloud? I might try to listen for you if 10m is open here in Norway. Good luck with your new antenna! Looking forward to read more about it later.

In reply to DL3SBA:
Thanks for the S2S Lutz!

In reply to LA1TPA:
Not sure what time, i am on holiday all week so its a must that i play with the new antenna while i can. I will check the WX in the morning and we might meet up on 10m. Sean M0GIA

In reply to G1INK:
Hi Steve

The call was G0HZL/P for your log. Had a few s2s during the half hour activation. On Snowdon 23/8. Just got to get a beam sorted for ic202s.

Hope to work you again. 73s

In reply to G0HZL:
I will be QRV this afternoon on The Cloud trying out 10m FM & SSB, if anyone is on the air please listen out for me, want to try ground wave on 10m especially if the band is not open. Sean M0GIA