The forecast was for a dry day with broken clouds above the tops. The Beinn a’Bheither pair of Munroes we had seen from the previous evening’s walk around Ballachulish looked very attractive so we drove to the relatively small forestry parking area at the end of the South Ballachulish road. Some smidge was applied as there were a few midges about and we set off up the path. Our intention was to do WS-042 first by taking the path to the col between them with the hope of returning to the col and doing WS-057 from there as the alternative route up WS-057 looked as though it wouldn’t suit our, and especially Caroline’s, aversion to exposure.

We had barely started on our walk when we came a notice telling us that the path up to the col was closed for forestry work. We hadn’t really got a plan B for the day and being a Sunday there shouldn’t be any work in progress, so we decided to plough on. The path ascending through the trees and zigzagging upwards was pleasant with glimpse of good views through the trees. Eventually we came to the felled area and had to make our way round it, aiming steeply eastwards up to the north ridge of Sgorr Dhearg. It was steep and difficult ground with some scattered rocks. At one point Caroline was using a rock to pull herself up when it gave way and tumbled back onto her knocking her backwards, thankfully onto soft ground, so the only damage was what evolved into an impressive set of bruises. All hope of doing a second summit had now disappeared, and we were thinking we had overstretched ourselves and might not even manage one. 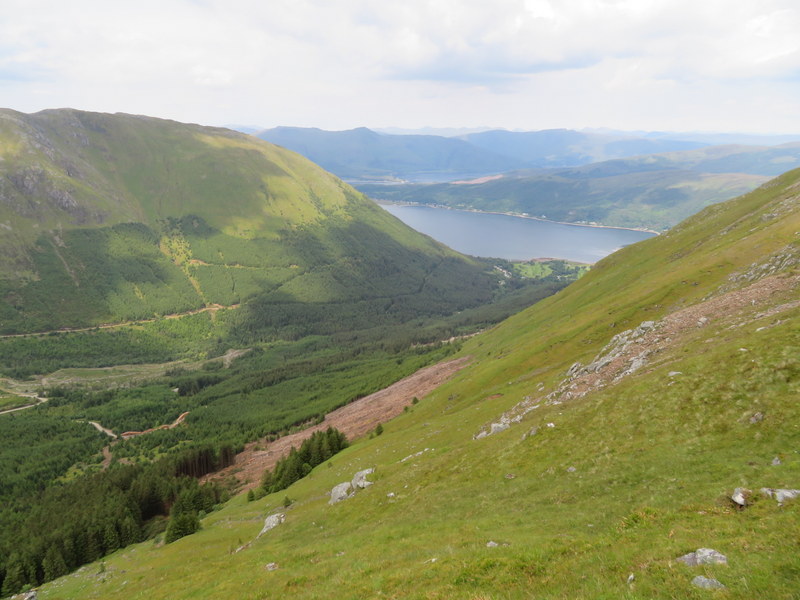 Around this time, we heard Colwyn MM0YCJ on a South Uist summit, and having worked him, he encouraged us to carry on. It was a hard, hot slog up to the ridge, but thankfully with no further incidents. When we finally got to the ridge the views were worth it. We soaked them in for a bit before continuing along the ridge where there was a bit of a path to the true summit, where the views were even more extensive. 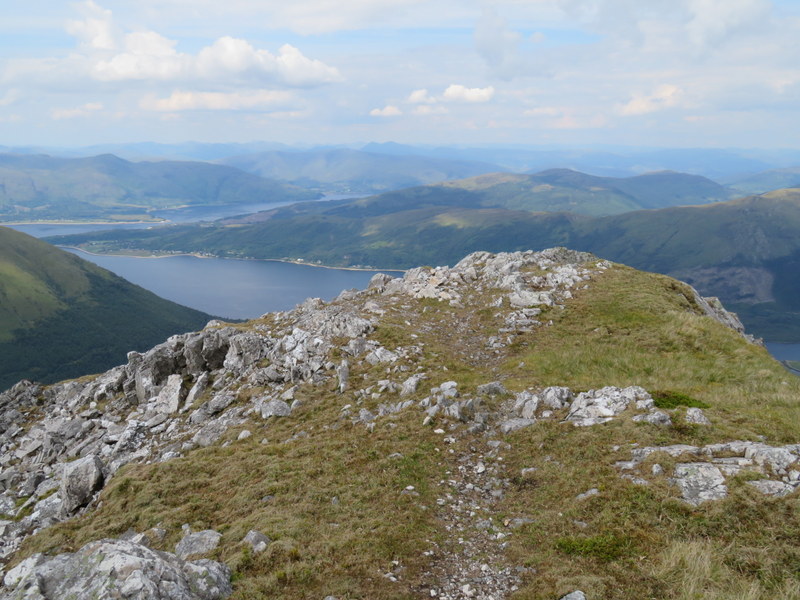 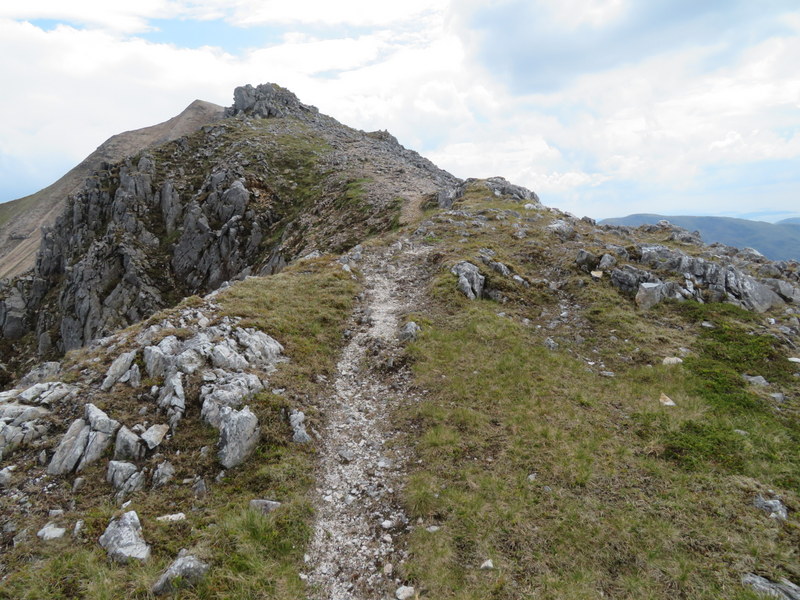 The trig point is ruinous and barely recognisable as such: one contact asked me if Caroline was near the trig, to which the answer was yes, but it may not count given the condition! Caroline used the remains of the trig to bungee the 2m antenna. The trig and summit had a large number of flies that we hadn’t seen before: thankfully they seemed more interested in mating rather than biting. I described them to Robin GM7PKT who said he had seen them on that pair of summits. 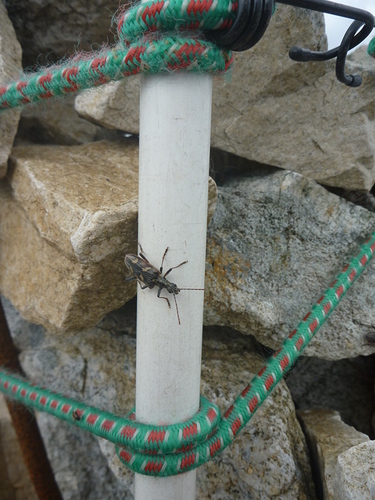 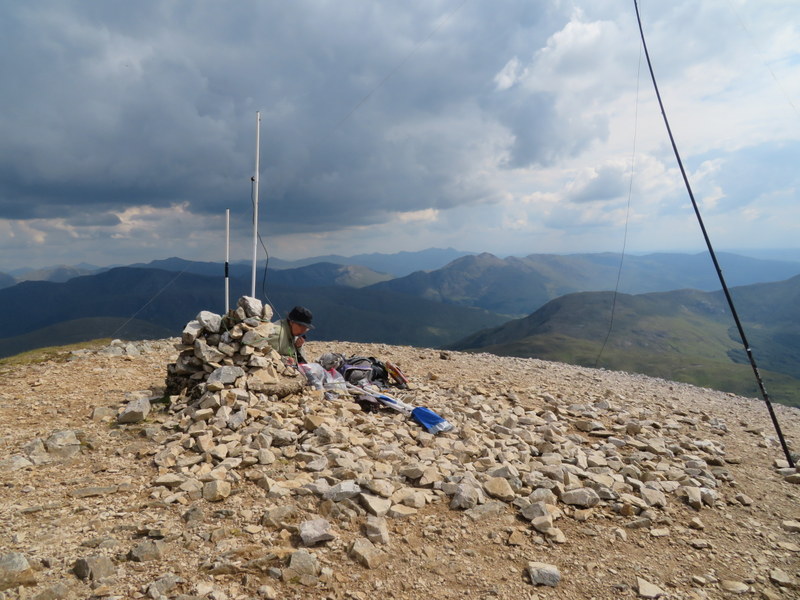 Radio conditions weren’t wonderful, with Martyn getting 7 contacts on 5Mhz, and Caroline 6 2mFM, one 70cm FM and 12 on 40m SSB. We both were rewarded with an 2m S2S with Colwyn who was now on his next South Uist summit. 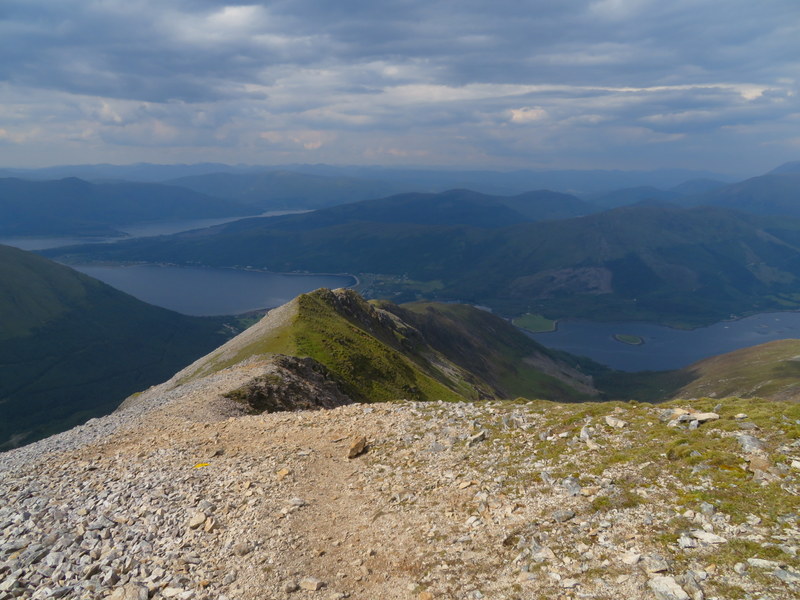 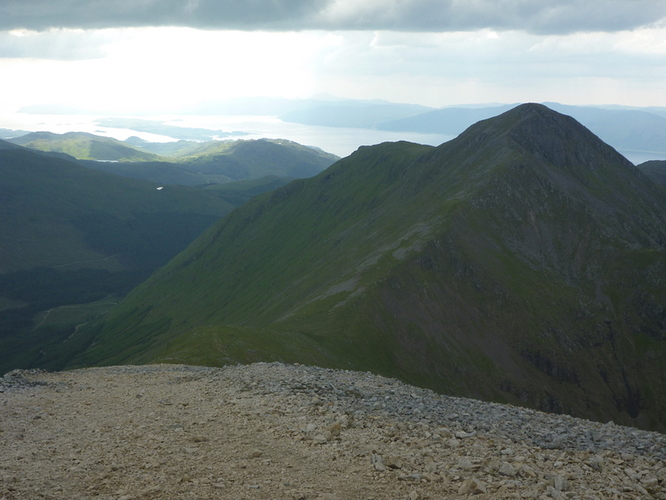 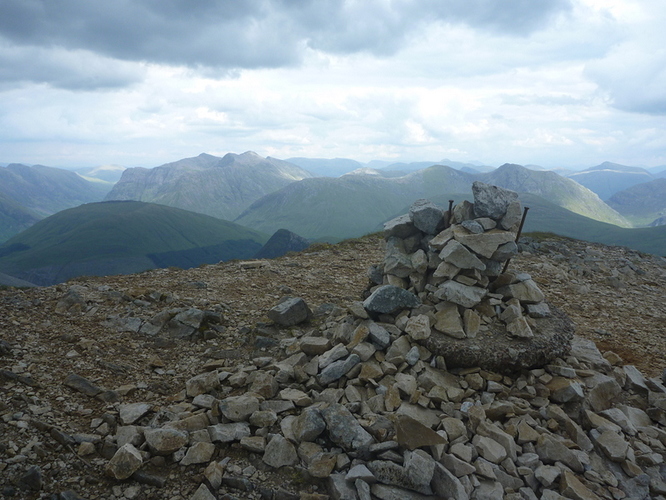 We then had to find our way back down: on the descent we stayed on the north ridge for a little longer and found a slightly less hazardous way back down to the forest path. It was hard work on the open hill with steep rough ground which was boggy and unstable in places. Once we were back on the path it was pleasant walking, and we were amused to find a 17T weight limit sign on a small bridge on the narrow forest path. It was past 8pm before we got back to the car feeling quite exhausted. Even if the path to the col had been viable, we probably wouldn’t have had time to do both Munros. 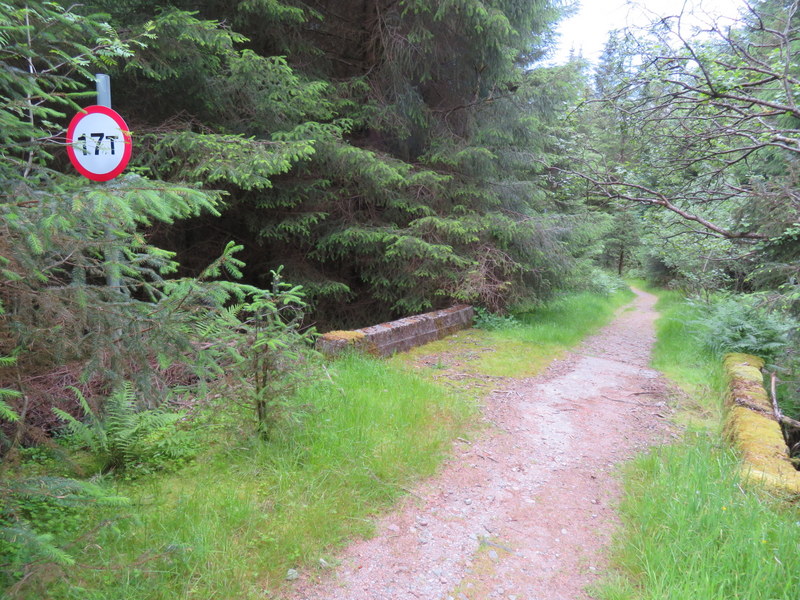 . . . this 17T-sign reminds of always limiting the weight of your SOTA equipment!

A view of Beinn a’Bheithir - Sgorr Dhearg from the disused quarry in Ballachulish taken the evening before we went up it. 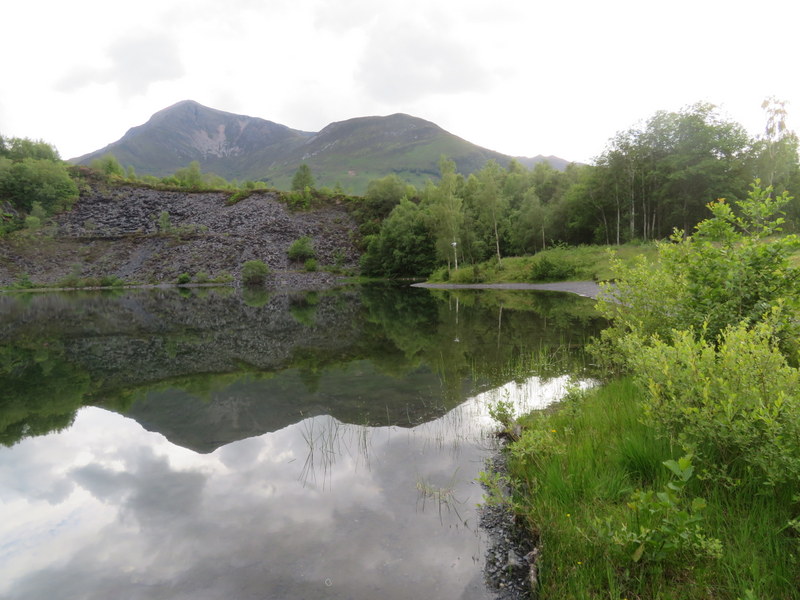