I’m heading over to Dumfries area this Friday with the intent of participating with the Lothians Radio Society team in this weekends RSGB VHF FD contest.

I’ve put up alerts for possibly 3 activations this Friday and no surprise plans are very WX dependent. Decades in California have lessened my desire to walk off into a rain storm. Will also try for an early morning Saturday activation (Pibble GM/SS-232??) ahead of the contest and then maybe one on the way home Sunday.

I’d like to include 80m in my activations and will update the alerts to reflect that if I pack the SOTABeams Bandhopper versus my LNR End Fed.

I managed to nab three peaks yesterday in the Dumfries area.

On the plus side beyond three successful activations were;

On the “unexpected” front

Tempting fate I’m going to try GM/SS-065 today Saturday 2m FM only as it apparently has a track/trail most of the way and I’ll go as fast/light as possible. We’ll see how that works out. 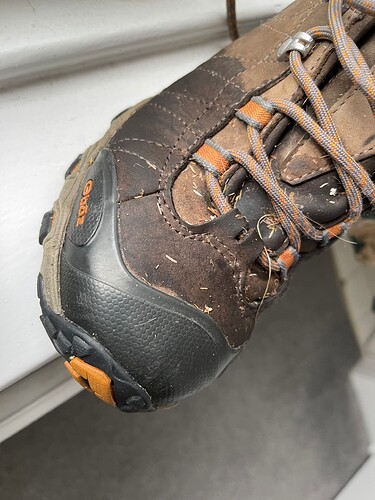 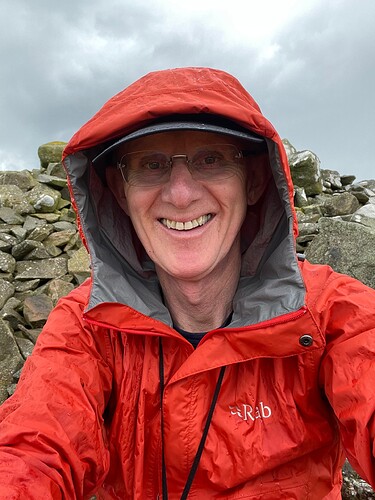 I guess my first rain activation had to be immortalized by a selfie. 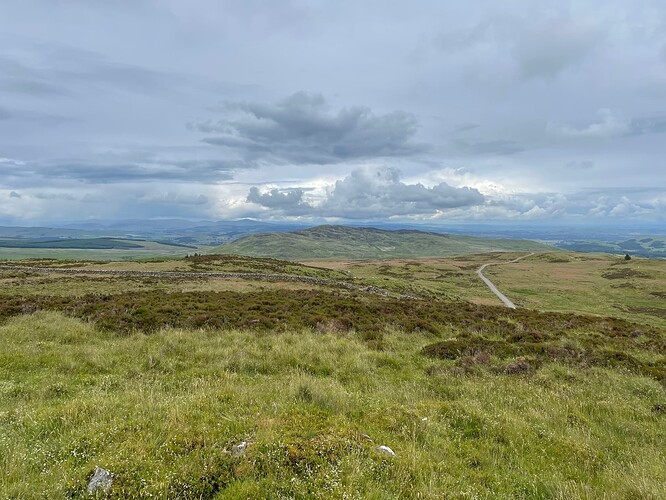 Thanks for the complete on See Morris Hill on 80M, that was unexpected

The S2S was a nice surprise for us too.

I’ve never found reason to believe the waterproof claims of fabric type boots. Good old fashioned strong leather boots are the only types where waterproofing has actually been reliable for me.

Thanks again for your company and hospitality in Berwick last week.

Quite impressive to have got that many activations under your belt without activating in the rain. Wettest activation ever was Cairnsmore of Fleet GM/SS-065. The clouds opened at the top but I had 12 QSOs logged. Absolutely amazing rain all the way back to nearly the end of the forest path. It’s the only time my waterproof trousers let in.

Those boots look good, it looks like they designed not to get any fatigue cracks. I’ve had good results with fabric boots over the years.

Have fun on Cairnsmore. Sadly there are plenty of aircraft wrecks on the summit. If you can imagine you are flying over the sea and suddenly as you go a few km inland the ground rises to 711m resulting in many crashes, 9 I think due to the vagaries of WWII navigation.

one on the way home Sunday.

Mo and I plan to be up a hill somewhere near Callander on Sunday. I’ve only brought my 2m handheld but have a decent antenna. Hope to hear you.

They’re made of Nubuck leather which might only be found in the US outdoors market as I haven’t seen it leap of the shelf’s at UK outdoor stores. However a similar material in the UK is suede which maybe says it all. This aside it’s a great desert boot with great grip but I have worked my way through many pairs.

I was perplexed as to how after waterproofing them Thursday they could fail so miserably and I think Andy’s @MM0FMF) suggest on fatigue cracks might be spot on.

After doing Cairnsmore of Fleet (GM/SS-065) today there were truly waterlogged. Last time I’ll use them in the UK but I will contact Oboz (US company) and see what they have to say about such a bad fail. Maybe sitting unused in Berwick during CoVID didn’t help them.

aircraft wrecks on the summit.

Guy at the hotel said a pair of Phantom’s ploughed into the peak, so modern navigation isn’t without its issues.

Here’s a couple of snaps of memorials to lost aircrew/passenger on Cainsmore of Fleet. 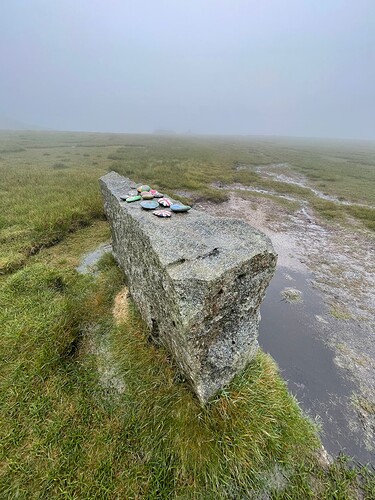 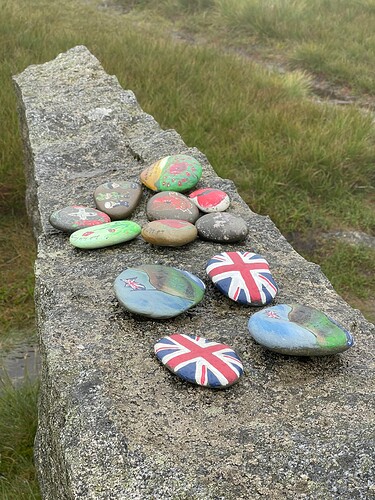 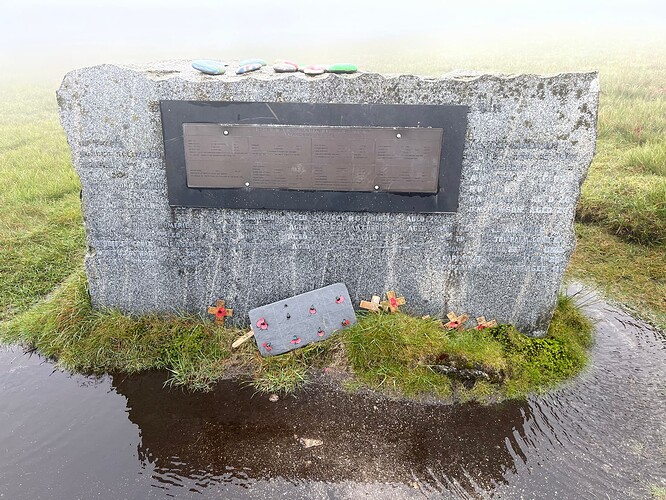 I forget about the later crashes. The Phantom crew knew the summit was there (terrain following RADAR etc. ) but the pilot got it wrong and at nearly the speed of sound low over mountains you don’t get much of a chance to fix an error. Same thing happened to an F-111 crew 16km North on Craignaw GM/SS-096 8 months later.

They’re made of Nubuck leather which might only be found in the US outdoors market as I haven’t seen it leap of the shelf’s at UK outdoor stores. However a similar material in the UK is suede which maybe says it all. This aside it’s a great desert boot with great grip but I have worked my way through many pairs.

If you’re otherwise happy with them as comfy, supportive walking boots; you might like to try wearing waterproof socks before giving up on them completely.

Desert boots in Scotland!…. Whatever next?