With the forecast looking good, I decided on Morven but using a different route from the very steep one I used back in July 2020 which just about killed me. I was thinking initially of following the track in from the West past Morven Lodge, but after discussion with Fraser MM0EFI, settled on Lary as the starting point. In the event, this was fortuitous anyway, as the A939 was closed at Gairnshiel for bridge replacement works, so the Morven Lodge route would have been a non-starter.

Route up-Bing1416×666 267 KB
The single track road to Lary is a right turn off the A93 just after the Pass of Ballater and leads to a dead-end with parking just after the Lary farm house. A good landrover track then heads up above the valley of Lary Burn out into open moorland - grouse everywhere, plus a good population of skylarks. After about 20 minutes, Morven Lodge comes into view, set amongst some trees 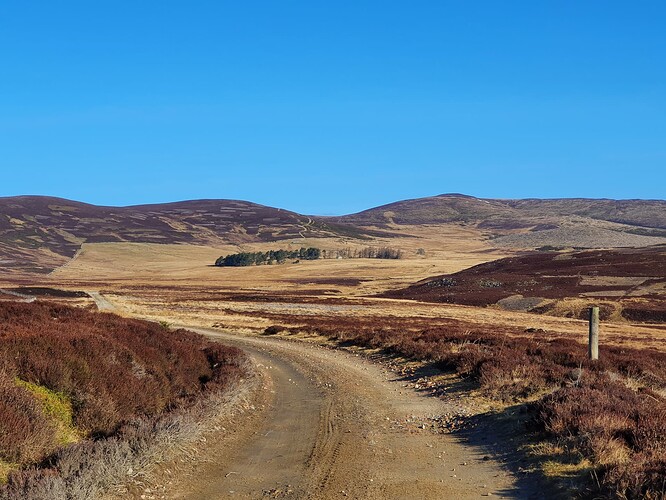 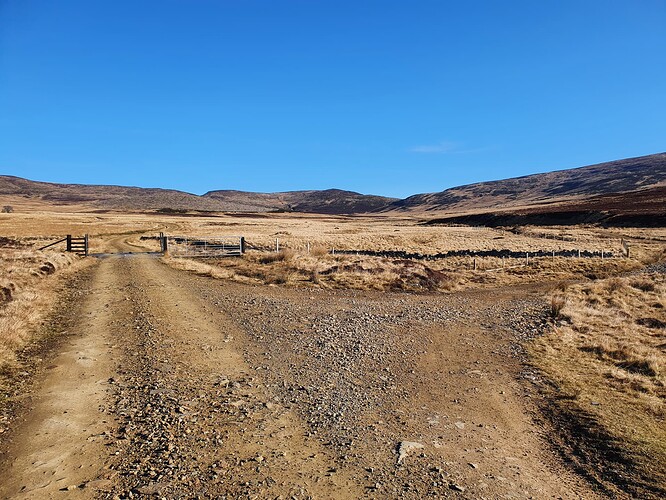 20220325_084048-path junction1920×1440 530 KB
Shortly after the junction, the track crosses a couple of small streams - on the day the water just came up over my bootlaces, but that could be a different story after significant rain.
The track then runs East and the path up to the summit is on the left, just past a junction at Tom Garchory where a good track runs South
Tom Garchory junction, looking South 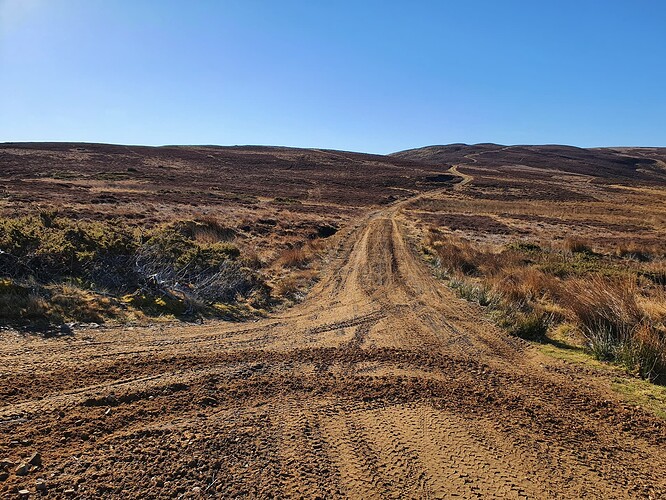 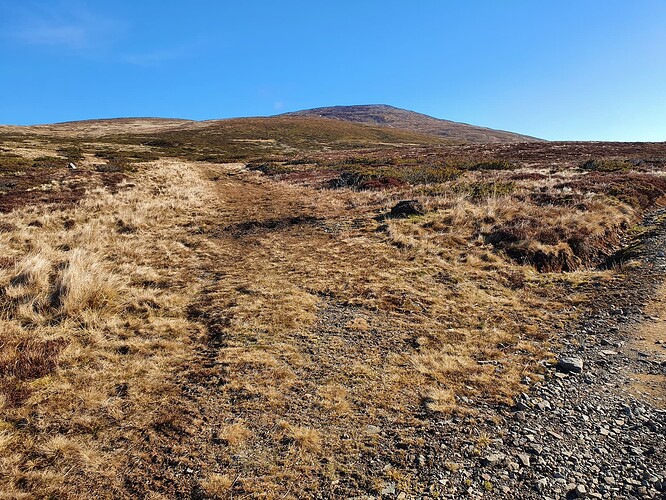 Route up-satellite1440×687 142 KB
After a steady plod, I arrived at the top with the whole walk taking 2 hours, pausing briefly to chat to a young lady who had run up from the East and was heading down past me. She wasn’t even puffing…unlike me

Summit trig and cairn, with Bennachie-Oxencraig GM/ES-061 on the horizon 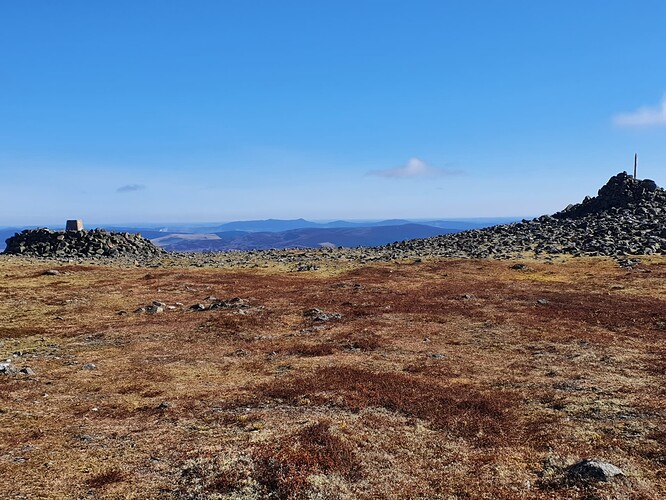 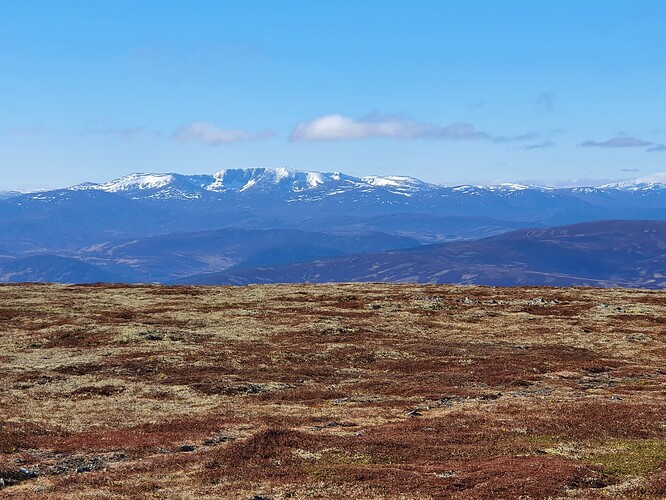 Activation
I initially set up my 2m/70cm yagi for FM, plus my Hyendfed for HF. 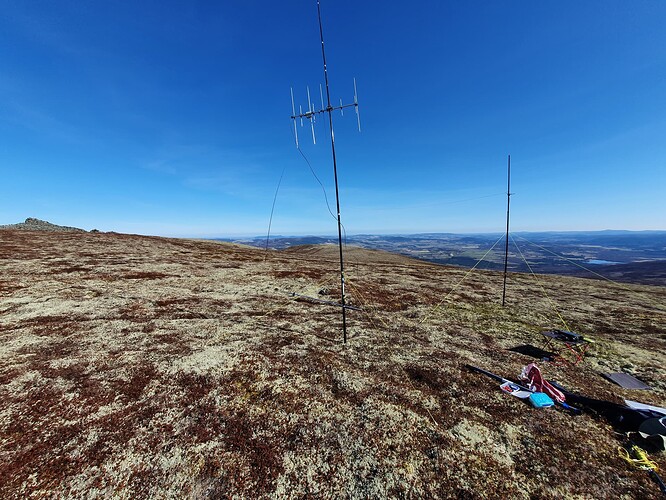 By prior arrangement, first in the log on 2m FM was Fraser, MM0EFI, who took a few minutes off work for a short exchange. GM4VFL/P was next, for a S2S with GM/SS-165. 4 more FM contacts followed, the most I have yet managed - GM0AXY, MM0JJQ, MM7MWL/P and finally MM7SWM.

Moving down to 40m, a spot brought a very good run of 43, including 2 S2S with G4IPB/P and DM6LE/P. I had listened for Paul on 2m earlier but couldn’t hear him, so it was nice to work him on 40m with the very loud 2nd op woofing in the background

I then took a break to put up an experimental 17m twin delta loop arrangement, plus switched my yagi for SSB. For the delta loops, I had found a reference online that described setting up a loop plus reflector, so I thought I would give it a try. As it turned out, 17m was so variable it wasn’t really possible to do any with/without comparison tests. 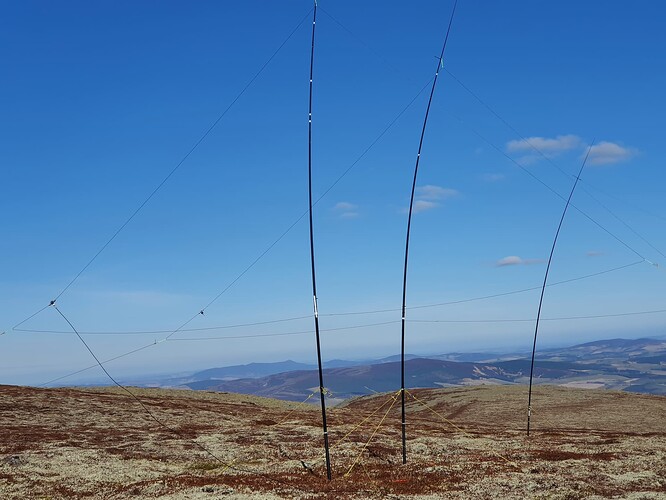 20220325_152152 -17m deltas1920×1440 211 KB
Prior to moving to 17m, I picked up another S2S on 40m with 2D0MUP/P on GD-002.
On 17m I had a brief QSO with George W4UW, whom I have worked before and then put out a spot. This brought a short run of 9, including Dinos SV3IEG, who is getting to be my regular chaser on 17m, EA7GV, EA5K and then my first Stateside contact of the day KF8BD in Mich who was followed by KU4WE VA. MM7MWL called in for a 2nd QSO of the day.
Turning to 20m, a spot brought a short run of 18, including the ever-reliable Manuel EA2DT and VE1PVH.
Going back to 2m, this time on SSB, I heard the GB3NGI beacon coming in strongly - it stayed in for the rest of the day actually. A spot brought QSOs with G1ZJQ, Derek, near Newcastle and amazingly G0RQL Don down in Devon, easily ODX on 2m for the day at 480 miles. I then had a nice chat with a local GM4JOJ Nigel in Peterhead, who also QSYd to 70cm to give me a QSO on that band as well. During this, a hill walker wandered over to listen in, one of about half a dozen who appeared throughout the day. Sadly, no further 2m QSOs after that, despite the fact that the GB3NGI beacon was still coming in strongly.
I went back to 20m briefly to pick up a S2S with EA/F5ODQ/P and then tried 17m again. XV1X was working a huge split freq pile up. A spot brought 6 QSOs, including KA9OZP in Iowa for my ODX of the day then K2CZH NJ and AE4FZ NC. I then had to QSY due to QRM and another spot brought VE1PVH for a 2nd QSO of the day and finally K3EFS Penn.
My final QSO of the day was a S2S with OE6STD/P on 20m. I did go back to 2m and called for a few minutes on 144.3 but nothing heard, so I started packing up at 1520. I was back at the car at 1815. The track down from the summmit is easily visible, as a set of wooden posts runs downhill beside it - a night descent would be no problem. 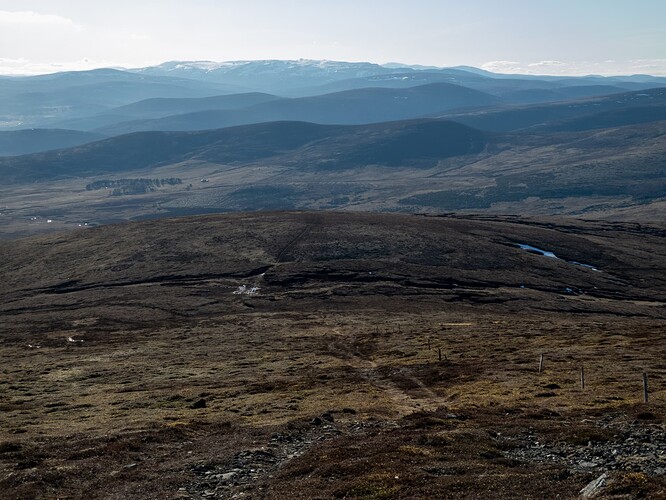 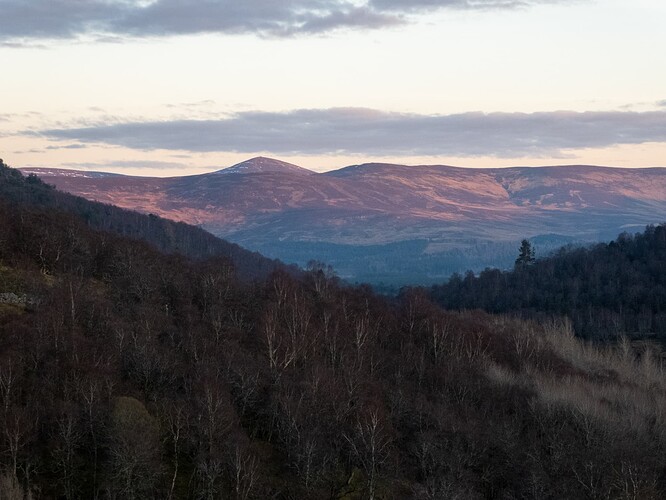 94 QSOs for the day and 6 S2S. Thanks to all as usual for another very enjoyable SOTA outing.

I’m glad that route worked out for you Simon. What a cracking day you had!

Thanks for the contact on 2m, Simon. I was /P in my garden working QRP with an FT818 and a hand-held 2-element Yagi as a pre-SOTA experiment so delighted to get you in the log. We met on Hill of Foudland (GM/ES-071) in Nov 2020 on another fine day but not quite as beautiful as you had on Morven this time.

I remember that Mike. Nice to finally work you and look forward to more QSOs,

Many thanks for another great report Simon. You certainly work the summits to the max. Well done on all the contacts. Pleased you made it with Don on 2m SSB.