Well, the lockdown is finally upon us here in Austria. Luckily, it doesn’t come into effect until Tuesday, which meant I was able to bag one last 10 pointer in the Seckauer Tauern. Geierhaupt is the next peak along from the Hochreichhart, which I did last Sunday. It involves about the same amount of climbing up another really amazing ridge. The valley was very cold first thing in the morning. In fact, the Ingeringsee is starting to freeze over due the cold: 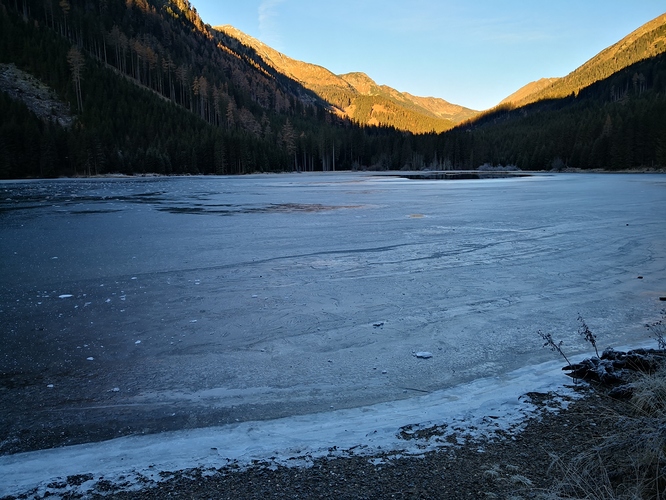 The morning sun on the Saurückensteig promised milder conditions higher up the mountain: 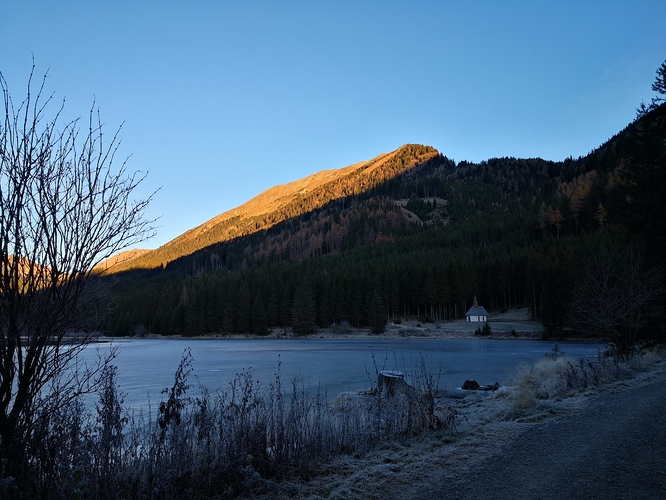 Indeed, once established on the ridge I was soon sweating and stripping off down to my shorts: 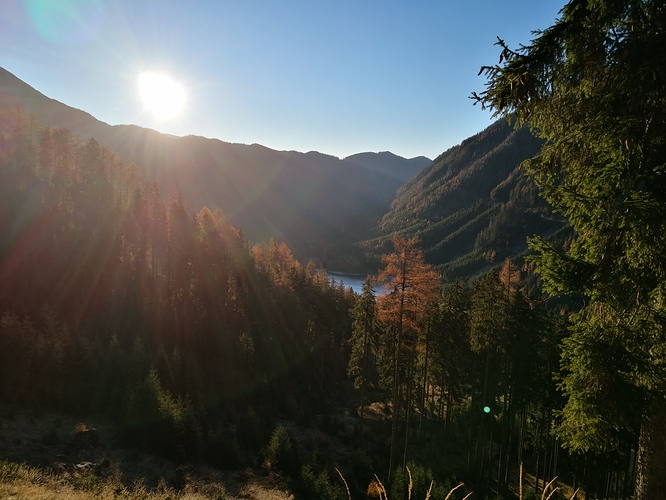 The way up the Saurückensteig gets quite steep around the 1650m mark: 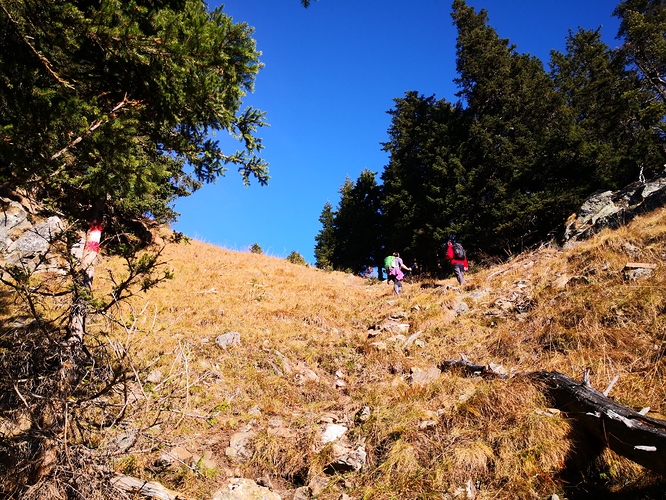 It then levels off and proceeds in splendid fashion up to the upper slopes of the mountain: 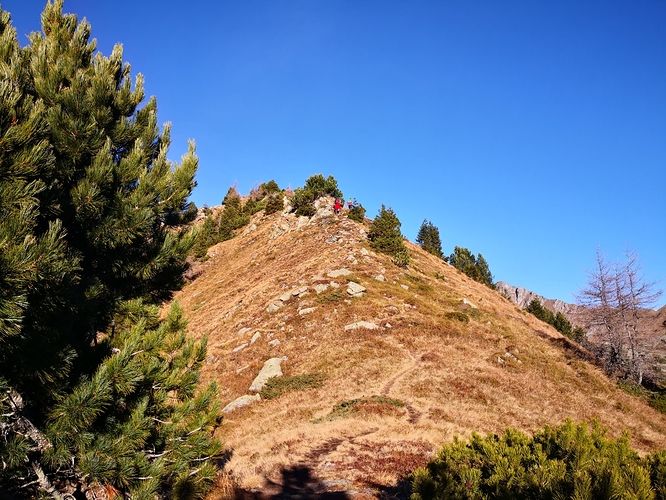 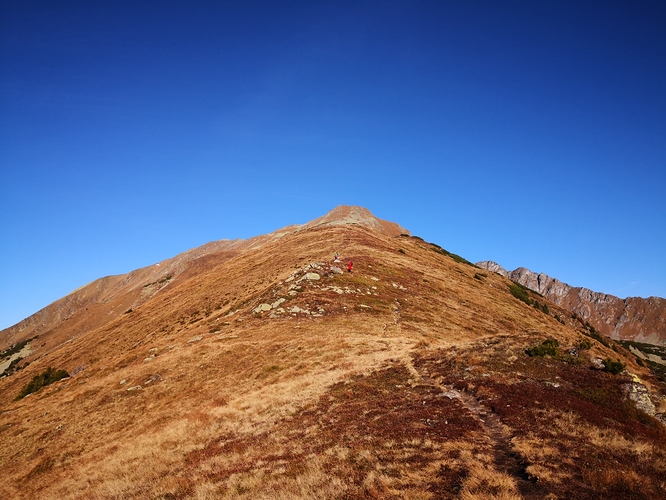 There is also a nice ridge that you can go up in order to complete a horseshoe. There is some scrambling (I don’t know what grade), but lots of people came up that way, so it can’t be that hard. I will probably try it next time I tackle this summit: 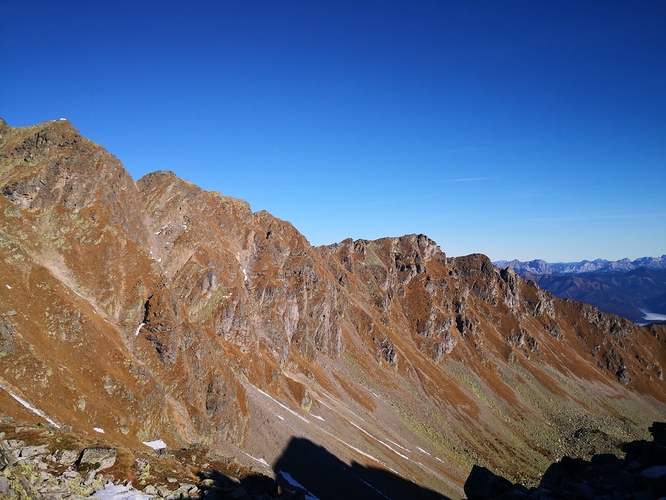 The summit is signposted as taking 3.5 hours; I managed it in about 3: 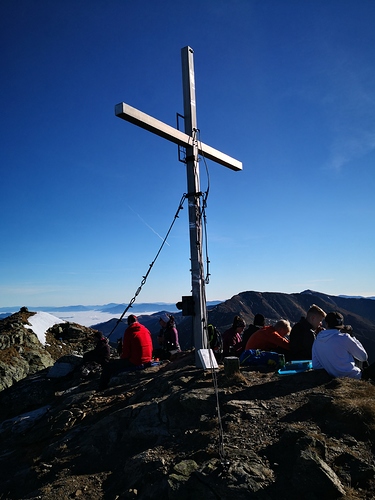 Unfortunately, it is rather small and there is not much room for an antenna. Luckily, there is a small second summit a bit further along (still in the activation zone) that people seem to avoid: 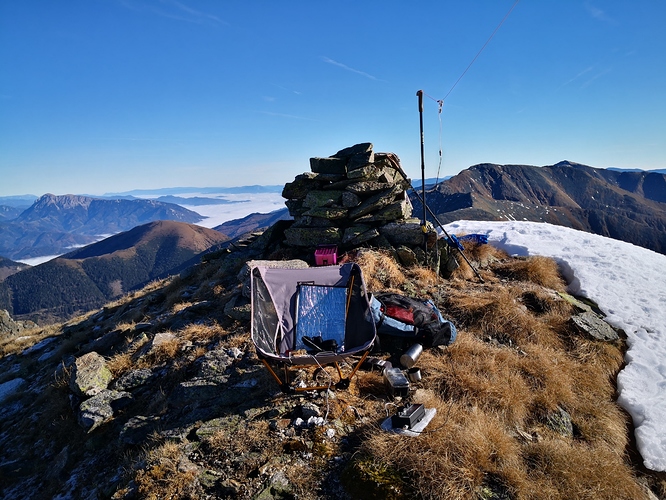 I was able to stick my antenna mast into the snow: 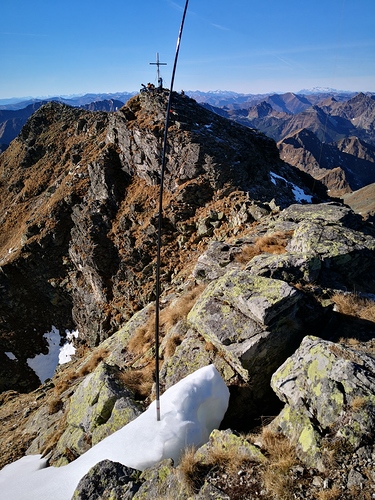 I started calling on 21MHz: no answer. I went down to 14MHz and that did the trick, a steady stream of chasers came back to the call. Unfortunately, it was only EU stations today; no New Zealand, oh well. I had a sniff round on 7MHz and it was absolutely heaving with contest stations, so I went back up to 10MHz. That brought in another nice stream of contacts. I finished off on 18MHz and called it! 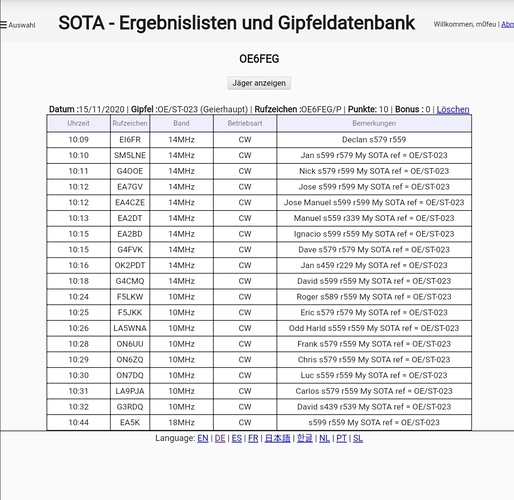 I decided to go back down the way I came up, mainly because I wanted to eat my sandwich in the warm sun on the south slopes. I managed to get back to the car for 15:16pm, which was fortunate, as there were a ton of emails waiting for me when I got back home. Well, that’s it now for 3 weeks. Thank God I have the Schöckl close by so I can go out and activate that occasionally, although no points of course. Well, it’s not always about the points is it. And with views of the Hohe Tauern like today, who’s complaining:

Made the most of the opportunity there Matt, looks like a wonderful summit!