Last Sunday, the 3rd of December 2017, I finally activated Snaefell on the second attempt - the first was a very wet and windy spring evening during the week with zero visibility that taught me a lot about the FT-817 and moisture and bleedthrough. That was a quick 20 minute sprint up from the Bungalow but this time round we did the ‘sea to summit’ from Laxey which took around 2.5 hours up and 2 hours down with around an hour on the summit.

The route
The track up from Laxey to the disused mines is easy to find and follow. By the disused mine buildings there is a footpath sign that takes a sharp right up from the track before a building on the right. I would recommend following that path as shown on the map below. We followed the contour to the north and came a bit of a cropper in the valley below the mountain road. The path takes you to the ridgeline instead and gives you half a chance of not getting bogged down too much. It’s probably less effort too.

On the way down we followed the slightly longer route - again mostly very easy to find - towards Slieau Ruy. This gives excellent views of the North Barrule ridgeline. 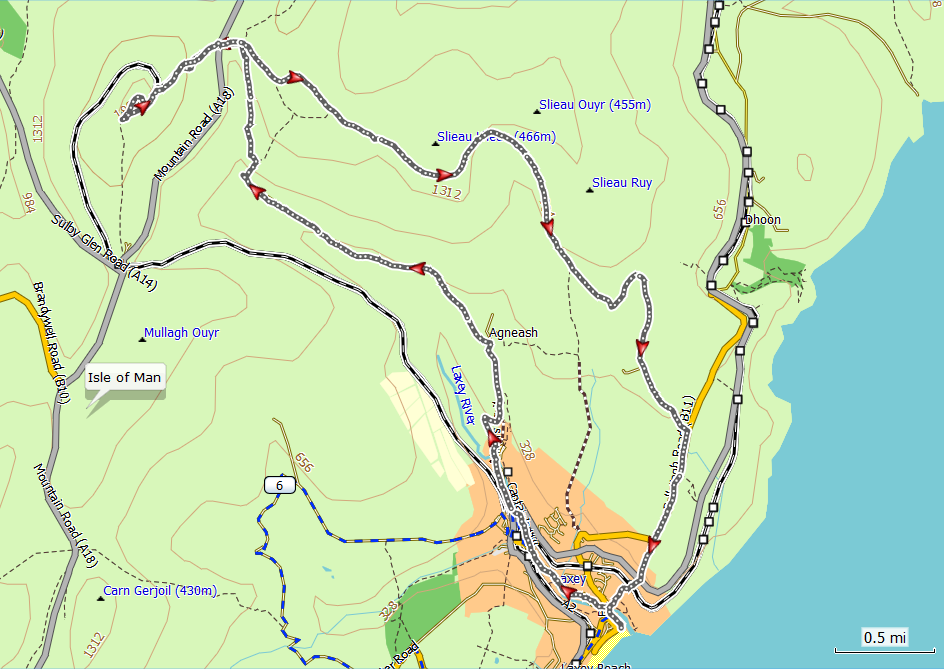 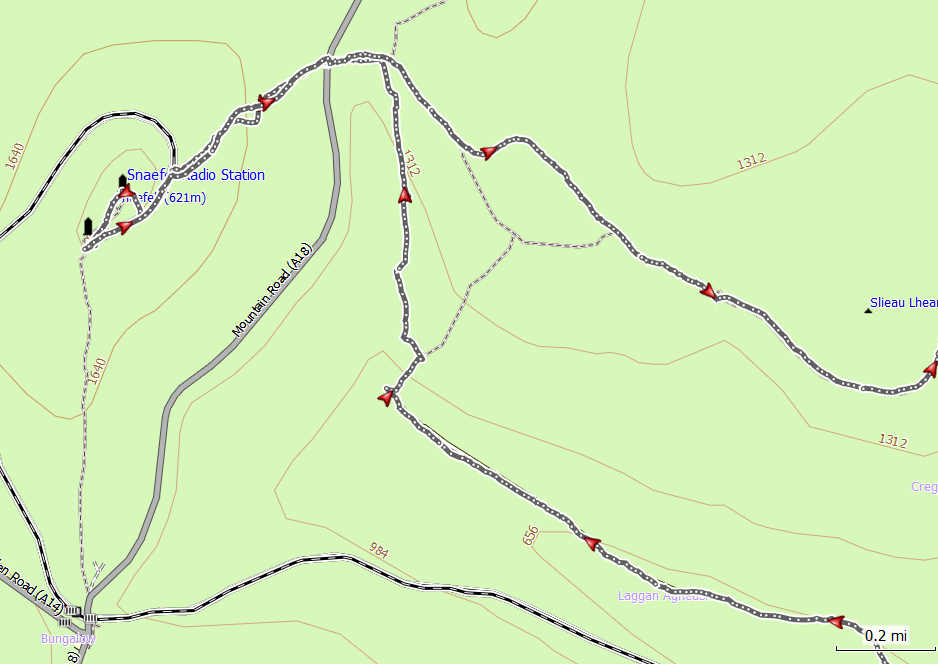 The Activation
The wind was pretty brisk at the top, probably around 40 mph with the windchill giving sub-zero temperatures so no time to loiter. I caught two Welsh activation’s on the FT-270R on the way up:

Upon reaching the summit I set up for 2m which was doing just fine then forgetting my ability to spot via SMS using SOTAspotter (it’s amazing how the cold ruins your brain - like swapping QRZ with QSL!) I had to call on 40m blind. Thankfully the previous activator G4RQJ who missed the 2m activation responded and then spotted and I had a quick run on 40m with one on 20m just as I was reminded how cold it was and persuaded to pack up and leave.

Great views from the top but not quite good enough for the seven kingdoms - I couldn’t see the UK coastline at all.

Many thanks to all the chasers.

Photo album here: https://photos.app.goo.gl/HMO0OAcokC1DiIUf2 (includes a few photos from 9-DEC-2017 where I did a little DX’ing from a snowy Douglas beach). 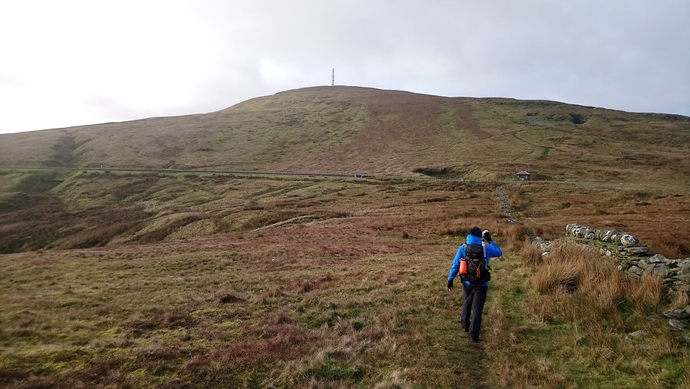 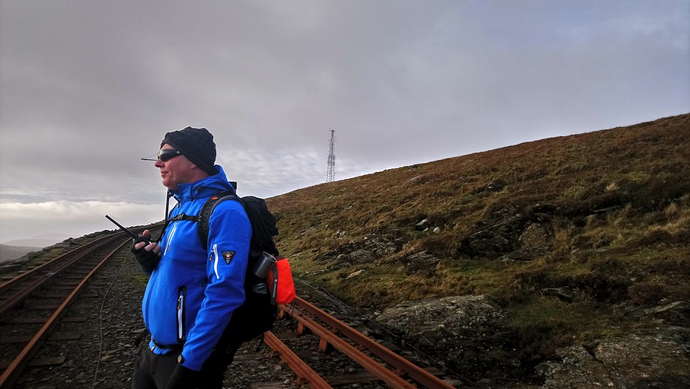 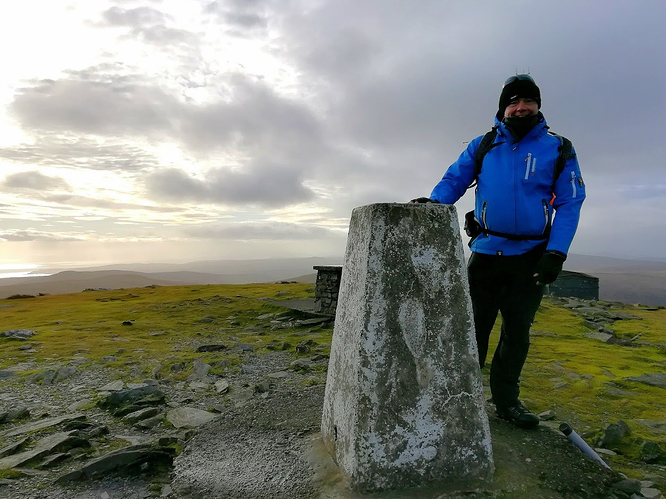 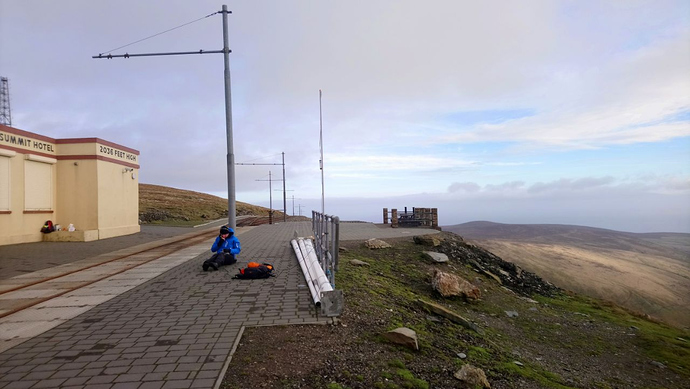 Thanks for the contact and the activation, Also great to hear a recording of myself in the I.O.M. Your signal here varied anywhere from S1 to S4 but good audio. I could not hear the other stations you were in contact with. Also a great article you have put together.

Thanks Don. I didn’t used to take a handheld with me but it is great to catch other activators on the hoof.
I try and record all my QSOs during an activation to help others determine their radio performance in real world situations.