Weather was very pleasant with light winds. A bit of QSB on the bands and some big (for me) pile ups on 20m CW. Although CW is my favourite mode I’m not particularly good at it! Thanks for being patient.

15m wasn’t as good as last weekend, but 20m has been consistently good. Best DX was NE4TN, AC1Z & K4DY to the West and 4X4DX to the East. Although the RBN shows I was picked up at VK4CT.

I was surprised to be called by a very loud GM1VLA on 2m FM, I’ve not worked Scotland from NW-076 before on this band, so very pleased with that contact.

Nice surprise when my wife and youngest daughter arrived on the summit and helped me pack up.

I’ll be back up on GW/NW-076 again tomorrow morning weather permitting. If anyone wants to try sked please send me an email (MW0IDX on QRZ.com).
73
Roger GB2OTA (MW0IDX) 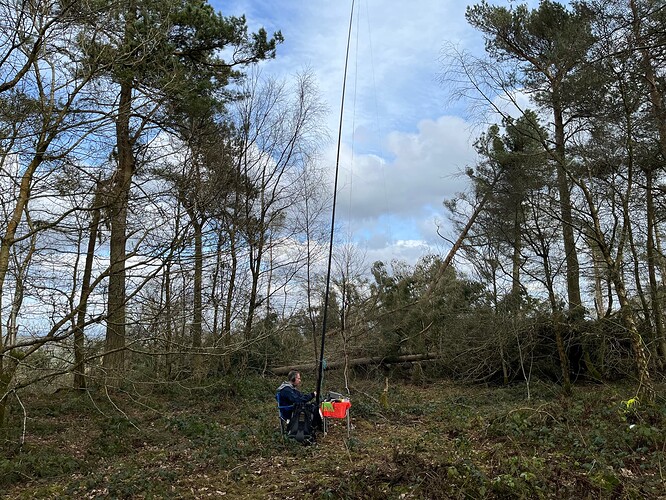 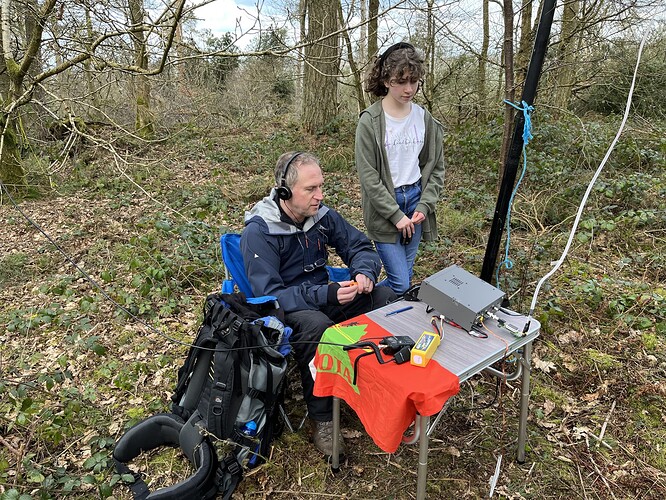 Great to make contact with you today Roger. M3MCH

Thank’s for the call Mike!

Thanks for the chaser points yesterday Roger from 076! great stuff

Thanks for the call Alan!

Just a quick summary about this weekend’s activations. I had some spare time on Friday afternoon so I thought I’d get some more calls in the log before the weekend started.

Friday, I concentrated on 2m FM and 20m CW. Nice to get S2S with M0KPW/P, MW0JKS/P, M7BIA/P with 74 total QSO’s. Kenwood THF-7E 5 watts home-made slim Jim and K2 10 watts and dipole for 20m.
Saturday’s weather was also good but with less wind, really nice sitting back in the chair watching buzzards flying by overhead whilst activating. Same setup as the previous day except I used my 66’ doublet.

Sunday’s weather was also sunny but windy. I changed my operating location slightly utilising a dead tree trunk to support my 40’ pole. The surrounding trees had been cleared which afforded a more RF friendly location.
I was just setting up when I heard Ben GW4BML/P on NW-013 2m FM, (later on NW-028 then NW-010 when home). Other S2S were CT2IWW/P, MW0JKS/P, EI6FR/P, SP9MA/P, GW4VPX/P, MW7BIA/P, DL/HB9BCK/P, OE5REO/P, DL/HB9EVF, G6WBS/P & MW7RJO/P.

I tried the higher bands but they did not seem to be in good shape, I managed a couple of contacts on 15m, otherwise I was jumping around between 40, 30 & 20m. I did a brief stint on FT8 on 20m too. 75 altogether in the log today.

Nice to work a few callsigns that I’d not worked for some time.

I noticed quite a few callers logged me /P. When I applied for the SES callsign I had to specify a single location for the duration of the event. So, no need for me to sign /P.

Thank you for those that called me this weekend, I have just got next weekend left to use GB2OTA, will do my best to be as active as much as possible next weekend. 447 in the log so far. 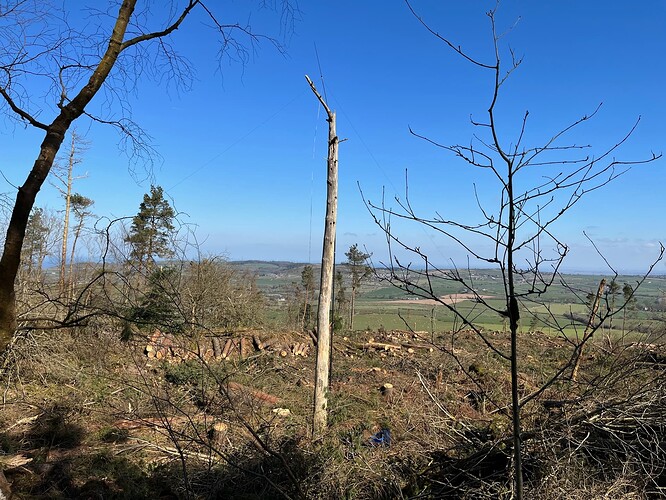 Thanks for the S2S, wasn’t expecting to be able to work you from where I was so it was a nice surprise to hear you.
I’m not sure if the signal was sneaking down the valleys or if there was a bit of diffraction across Moel Siabod. 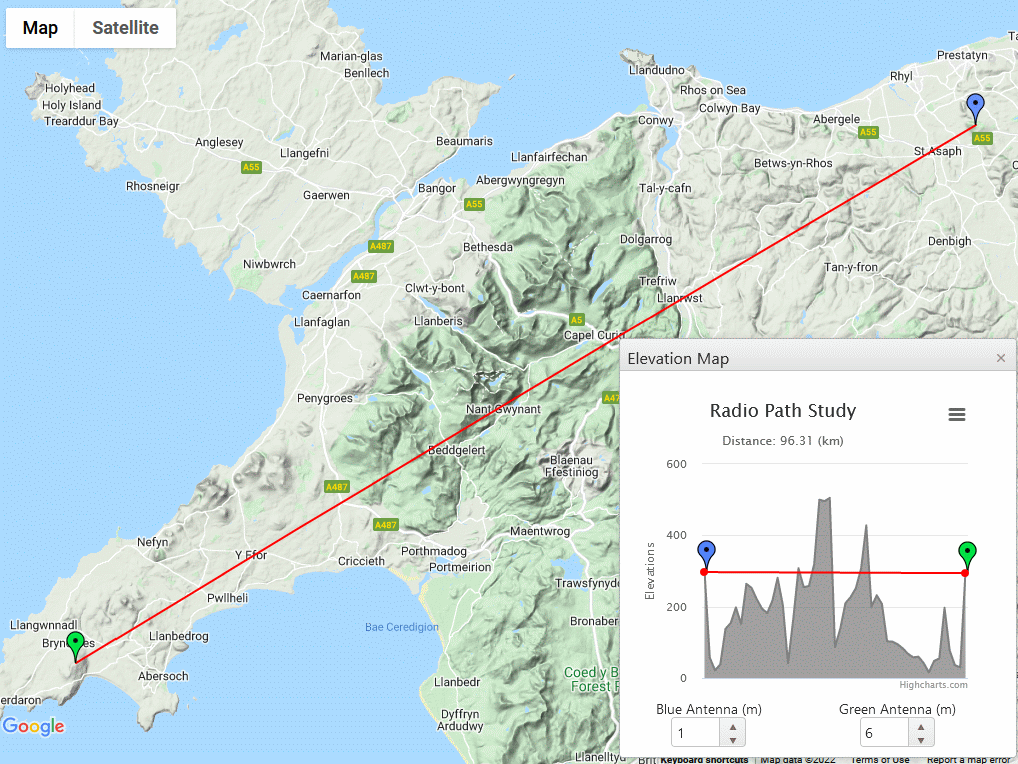 Roger: You had a fairly good signal, up and down for me on 20M
and I did get you in the log finally. Thanks for the activation from
across the pond to here on the RIght Coast. // AB4PP/John Paul

Hi Pete, yes I was surprised to hear you. Especially as I was only using the whip antenna on my handle! Thanks for the S2S.

Thanks for the call John Paul, good to get you in the log.

Cheers Gerald for our many QSOs , you’ve got a cracking set up there.
Best 73 Allen

Thank for the QSO’s Allen,
73
Roger

Another nice afternoon on NW-076. 91 QSO’s with 8 S2S. Best DX was Fred KT5X in New Mexico.
HF bands weren’t in as good a shape today and a SSB contest didn’t help either.
Found a good location to set up the 40’ pole, out in the clear with good views.

Top three chasers so far, in first place is EA2DT followed by SM5LNE and SA4BLM. but its a close call with many others not far behind!

Although I have the callsign until the 29th I expect today (27th) will be the last day I’ll use the SES callsign due to work on Monday and Tuesday. 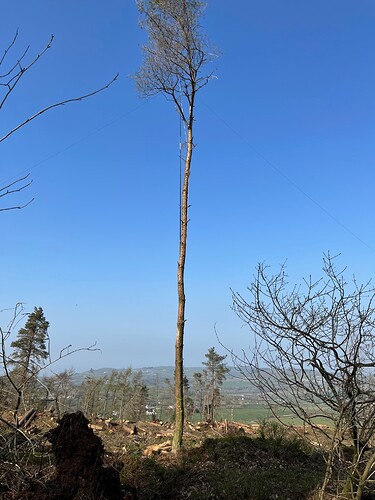 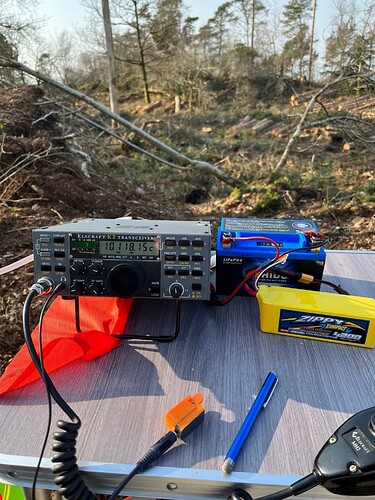 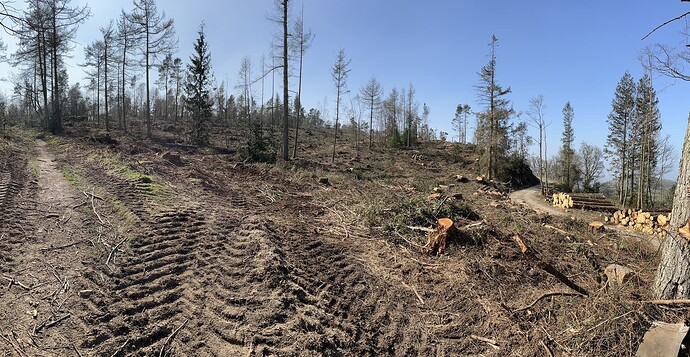 Thanks for the QSO yesterday.

Thanks for the call John!

First in the log today was a 2m FM S2S with Pete MW0PJE/P on NW-028. 66 QSO’s today including 5 S2S. Again, I didn’t find the bands in great shape, but nice to get lots of familiar calls in the log whilst enjoying the sunshine. Great to have my youngest daughter Hannah with me again today.

I feel incredibly lucky to have been a part of the SOTA community from the beginning. The friendship and camaraderie is second to none.

A lot of hard work and effort has gone into developing SOTA over the years by the MT which is very much appreciated.

Thank you to John G3WGV and Richard G3CWI for the idea and development of SOTA, it’s been a big part of my life these last 20 years, and I look forward to many more years ahead.

Thank you all for the contacts, sorry if I missed anyone who wanted a QSO, I tried as many bands as possible.

QSL cards will be available, please see qrz.com for details. 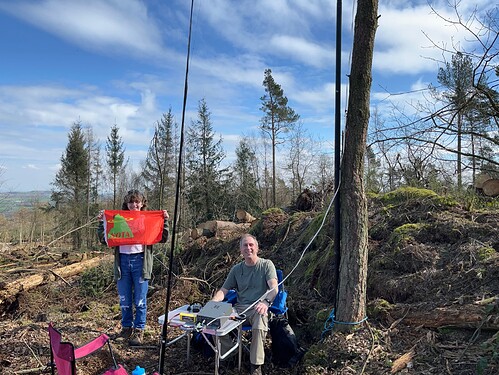 Hi Roger
The picture with the single tree and the antenna running up the tree, is that NW-076 ?
cheers
john
m0vaz

Hi John, yes it is, south east of the memorial. Most of the trees there have been blown down or cut down. Quit a difference now.

Hi Roger. I normally operate about 6ft from the memorial
I might have to take a wander up some time and see how its changed.