After much deliberation, I’m going to attempt participation in this evening’s 6m ACs from the summit of The Cloud G/SP-015. The wx forecast is not great, albeit slightly better than was being indicated 24 hours ago.

Storm Gareth is predicted to be Westerly, gusting at speeds up to 45mph tonight. Therefore, it could well be that I am forced to set up on the north ledge, using the shelter of the cliffs, in which case I’ll be very shielded to the south and west. The “feels like” temperature could also contribute to an early finish. It was too cold, conditions weren’t great, neither were activity levels - and I was bored!

I could see SOTA chaser ON4FI calling CQ on FT8, and tried to go back to Karel several times, but I didn’t get picked up, which was a shame as it would have been a nice contact.

The SB6, SOTA Pole and rotating guying kit were absolutely untroubled in Storm Gareth - so that was a little “win” in an otherwise disappointing evening. Maybe not quite as disappointing as I felt on the night… 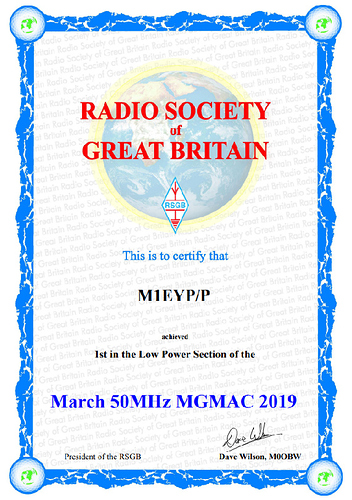 Every cloud has a silver lining. Well done.