Gales on islands of the Gaels

May is often the best month for fine weather in Scotland, we used to say. Looking back over the past few years, that has not always been true. This year is no exception.

My XYL and I headed to the Western Isles with high hopes of spending time with the YK9L, Sula, walking on its fabulous beaches and completing a few fine SOTA summits along the way. But, as native Scots, with Ann being a born and bred Highlander, and also having lived in the Highlands for much of our working lives, we know only too well to moderate our expectations.

As I write this on the island of North Uist, it is blowing a gale and the rain is horizontal. It has been like that for three days now, with more to come in the forecast. However, a break in the weather a few days ago saw us climbing the 205metre Forsnaval (GM/SI-200), on the west coast of the Isle of Lewis, in the early morning for what became a memorable activation. 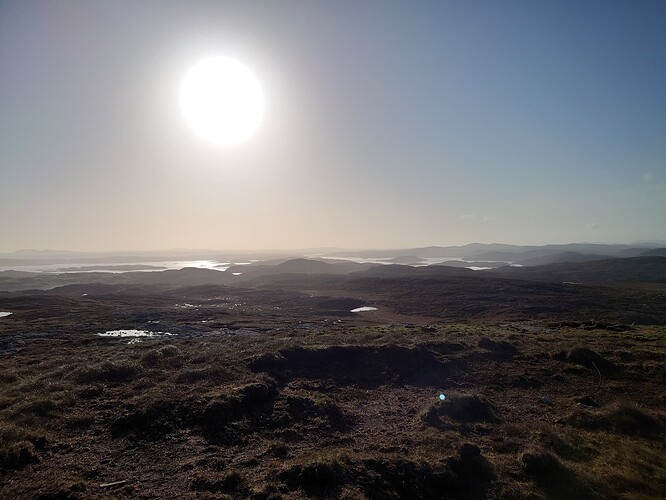 Forsnaval must be one of the easiest summits to activate. A private service road runs to its summit to allow vehicular access to the myriad of microwave antennas and air-traffic-control aerials on the top. It is barely a 20-minute stroll up this road and even the final few metres are served by concrete steps. It’s the only summit I’ve ever climbed in trainers! 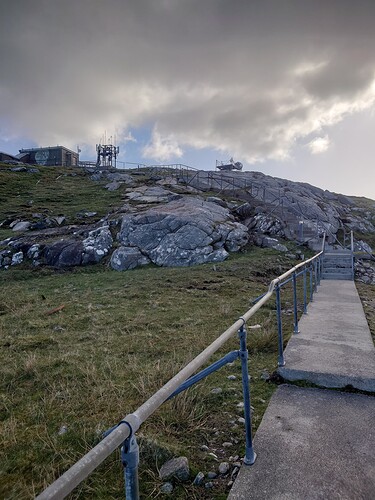 Don’t be fooled by the unsightly ironmongery on the top, though. The setting is splendid with wonderful views all round from the nearby summit cairn. Presumably, too, a good signal take-off, I hoped. 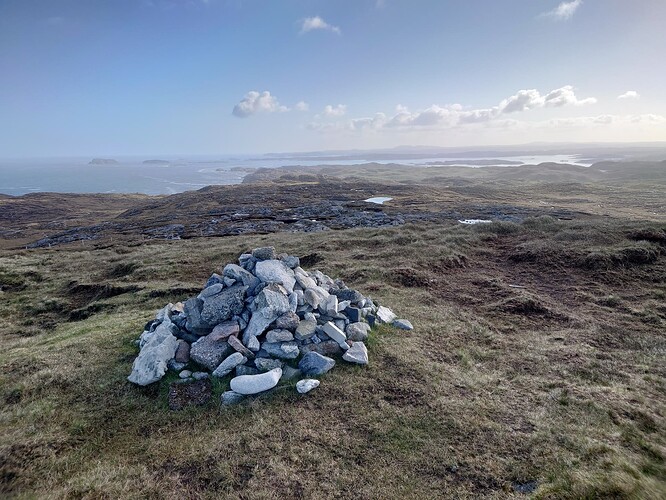 The rig of choice was the KX2 running 10w into a lightweight monoband 17ft “up and across” antenna on a SOTAbeams 7m pole. 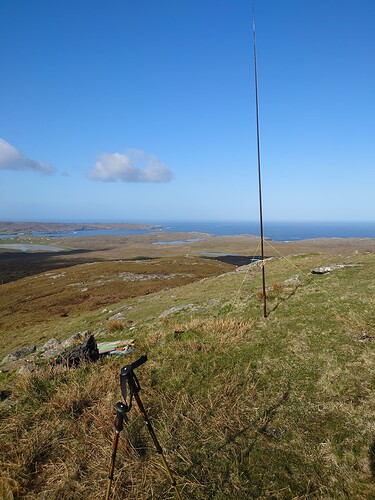 Calling CQ on 14.277MHz at 07.20z brought a first call from Lars @SA4BLM with a 5/9 report for me so that suggested good things for the chosen setup. So it proved, with 16 QSOs across Europe, including Germany, France, Italy, Austria, Czech Republic and Poland, completed in the following frantic 13 minutes, most giving me a 5/9. What happened next set my pulse racing, though.

Through the headphones came Paul @VK5PAS at 5/4 and clear as the proverbial bell. I have never previously worked a VK from anywhere and as a 10w or 5w QRP/P fan, never really thought I would, so it was fantastic to make the contact with such a lightweight and minimal rig. A brilliant result. Thanks for chasing me, Paul, after seeing my spot on SOTAWatch. 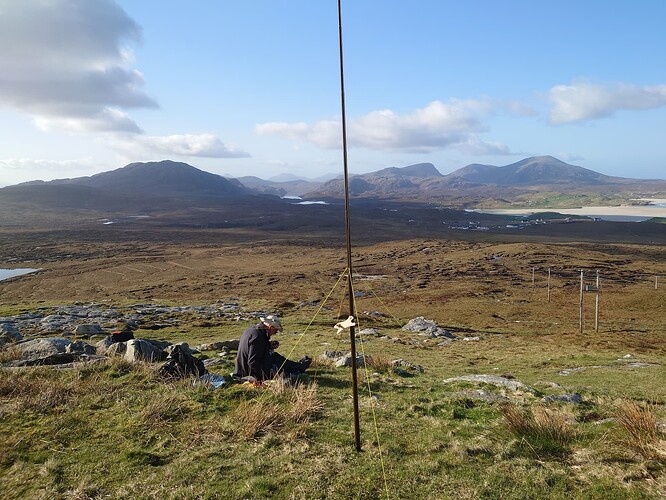 I had to go QRT shortly afterwards, unfortunately, as we had things to do and ferries to catch but it was a memorable morning and worth every second of the single SOTA point it offered. 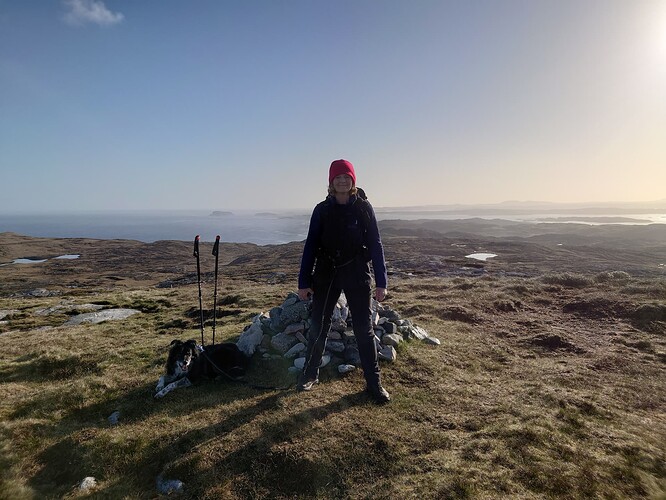 We called into the excellent Uig Community Stores on our way back for some supplies. Forsnaval summit could be seen clearly in the morning sunlight from its car park. It was barely 9am local. 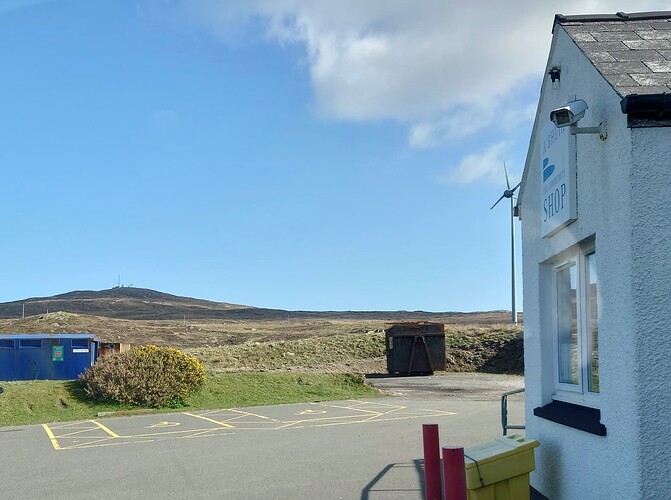 I had high hopes of activating summits on the Isle of Harris over the past couple of days but the arrival of foul weather has put paid to that. A brief chat on the regular Aberdeen ARS 80m net, while sheltering amongst sand dunes on the beach yesterday evening, saw my SOTAbeams pole bending in the gale as though I’d caught a 40lb salmon on it. My homebrew Zepp antenna was flying like the Zeppelin from which it takes its name!

The North Uist summits are now looking unlikely too, sadly, as it is seriously unpleasant here today (even the gulls are walking as it’s too dangerous to fly) but I still have high hopes for Barra at the weekend.

However, as I said at the beginning, we have long since learned to moderate our expectations and just take each day as it comes. There’ll be another good day along soon - I hope …

Thanks to all chasers and activators. 73. Mike