INTRODUCTION:
This was Day-2 of our annual six-night break in the Lake District with the walking group. There were only three walkers including myself this year, so not wanting any breakaway’s, walk leader David arranged for a walk that a SOTA op would approve of. In fact the route sheet had come from Lakeland Walker Magazine with the start point at Millbeck.

Route:
At the front of Underskiddaw Village Hall in the village of Millbeck, there is a car park (NY 2561 2613 – 118m ASL) with space for three cars. The cost is minimal – just £2 per car per day into an honesty box. The cash helps with the upkeep of the building. If this is full, there are a few roadside spaces further along the road to the NW.

The path is initially on grass and then gravelly where the zig-zags begin at NY 2553 2649. This phase ends NY 2546 2665, after about 15 direction changes but it does make life easier. The area has the name of ‘Doups’ and this is where we sat admiring the view and watching a hunting Kestrel, for 10 minutes or so.

At NY 2541 2693 you pass through a gap in a low wall and immediately above Whitestones there is a path junction at NY 2538 2721. Here a minor path goes off left (west) to Dodd. This is where I lost my companions David and Bob who subsequently reached Dodd summit and its monument and then turned back for Millbeck while I carried on up to Skiddaw via Carlside (NY 2548 2809) passing Carlside Tarn (not yet dried up) at NY 2559 2823.

Lost Lamb:
Walking a little further north to choose an operating site, I came across something mildly amusing but also a little distressing. A lone lamb, which had been wandering around and bleating profusely, was now standing in front of a couple who were sitting sunbathing with a dog. Unfortunately the lamb mistook the dog, which was somewhat sheep looking, for its lost mother and was bleating at it imploringly from a distance of a few metres. The owner had to restrain the dog, which rose to its feet. After a while the lamb realised its mistake and sped off.

This story does have a happy ending however. After another 20 minutes of the poor thing frantically running all over the north part of the summit ridge, things settled down and it went quiet. While erecting the antenna, I noticed that mother and daughter were reunited and happily grazing by the cairn which marks the north end of the ridge.

I found a low wind shelter to sit in. It was looking like a warm day so I set up at the east side of it to take advantage of the breeze. There was just enough soil mixed in with small stones, to get one of the end sticks in and the mast was ‘winkled’ into the shelter’s rocks to be steadied with a trapped bungee. A pile of stones just happened to be in the right place for the southern end stick.

Power was initially set to 30 Watts (later to 50W) and signals were good to very good. Like the day before, this band was carrying inter-G comms very convincingly. More than 20 chasers worked were located in the UK.

Power was 30 Watts for this 25 minute session with plenty of CQ’s. Most reports were in the range 559 to 599 but most were 599. Fumio was an unexpected visitor to the activation who turned out to be from Japan when I looked him up. I can’t ever remember working a station from Japan since I was licenced in 1984 so that was a first. The reports for this DX QSO were 579 both ways but when you look at QRZ.com, Fumio had a mega setup.

14.285 SSB – 8 QSO’s:
With 30 Watts again the first caller was JE4CIL Fumio who must have picked up my ‘QSY to 14.258’ sent in CW. Reports were 57 both ways and asking for a QTH, I received ‘Tottorii’ which left me non the wiser as to the country at the time. Though Japan dcome to mind, I didn’t think it could be out of Europe as the signal was far too strong and it was a one-off. Sadly I have forgotten a lot of what I learned about callsigns when I was first licenced and had the simplistic view that Japan was just JA.

Descent:
Just as I walked off the summit ridge and down the steep slant path, I heard Derek 2E0MIX/P on the pocket radio and called him. He was on his third WOTA of the day and we had a lengthy chat on 145.400 before he worked his final station and went QRT. With the return route identical to that of the ascent, the car was reached in 68 minutes at 17:05.

Comments:
This was the second day of walking and again it was partly with the group. Regrettably it would also be the last. They were scheduled to have the next day off with their XYL’s and no subsequent route featured any SOTA’s. Hopefully next year, we will get a few more people. We never did need the PMR facility and the only thing I heard on it was base to mobile business based traffic. David and Rob made it across to Dodd OK, had lunch at the monument and walked back down debris strewn forest tracks back to Millbeck.

It was sunny throughout with a cool easterly breeze which increased in speed later. Half way through the activation I moved to the west side of the shelter where it was much warmer. Walking up was hard on the south facing slope, a case of grin and bear it but the company and slow initial pace made it a lot easier. Sunshine and a cool breeze made it ideal at the top.

I liked the route. It was a change from the ‘means to an end’ Underscar ‘motorway’ but being steeper albeit shorter, it seems to take a bit more energy and certainly more time. Balanced against this is the variation from grass to gravel to bare rocks, which tends to take your mind off the pain.

I initially thought I’d taken my two sons, aged 11 and 13, up this route when we all did Skid for the first time on 28th August 1992. On reflection it might have been the valley route immediately to the east up Slades Beck that we used. I well remember their method of descent which was rolling through grass and heather for hundreds of metres. I stuck to the path but could barely keep up. An old notebook records a single fact, ‘4 hours, including 30 minutes at the top.’

I don’t think I’ve ever worked Japan under any circumstances and even if I had, it’s unlikely that the QSO would have resulted from a CQ by me. However it shows you what SOTA can do. It was a pleasure to work Fumio with good reports and what a bonus… in SSB as well. I can’t claim any technical ability for this. My ‘squeak’ was picked up and converted into powerful audio at the other end. A look at JE4CIO’s QRZ page would convince anybody that little of this was down to anything I did. Of course, that’s the basis of SOTA. A capable station at one end and a compromise at the other.

I was really glad I’d tried 20m but I didn’t try 80 because the day before it hadn’t been half as efficient as 40m. No band let me down but 40m was the winner by three lengths. The 50 QSO’s shared roughly equally between CW and SSB, provided the basis for making Skiddaw the top scoring summit of the week. The magic 100 QSO’s was not reached but 82 is not too shoddy. 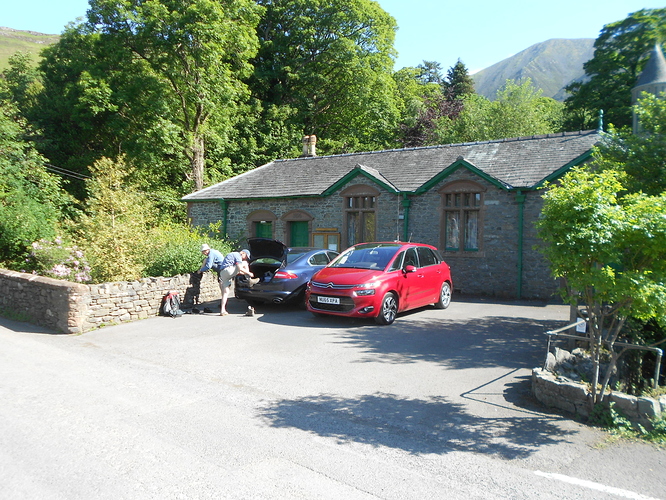 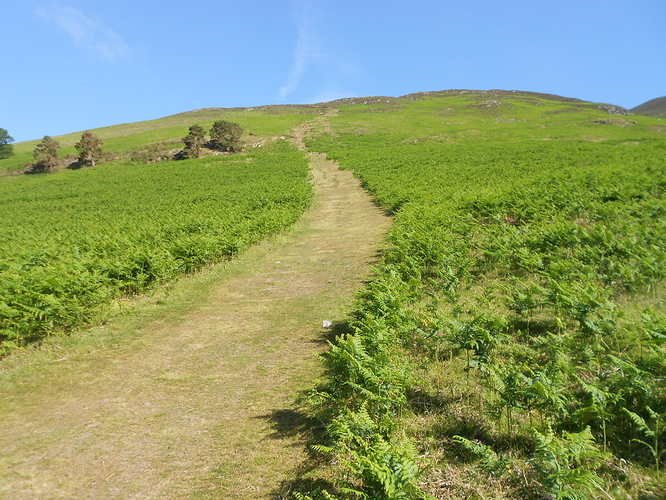 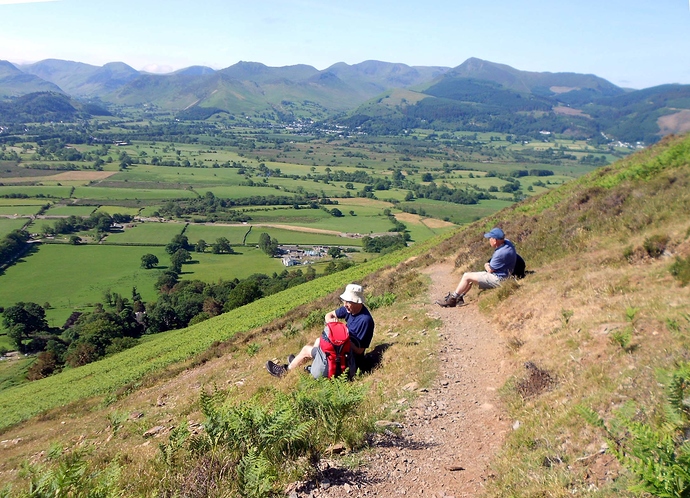 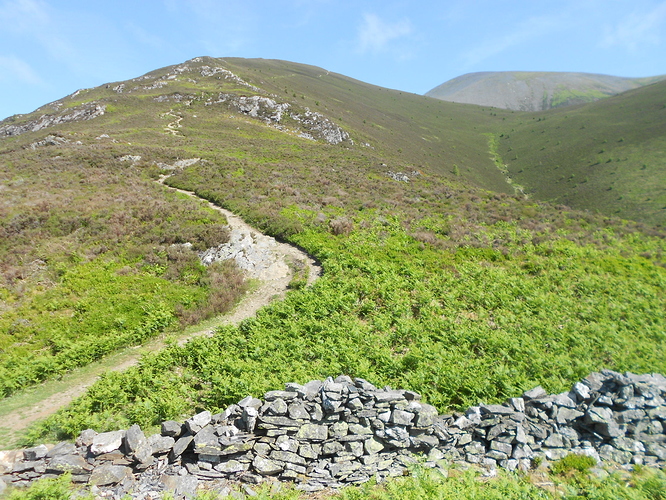 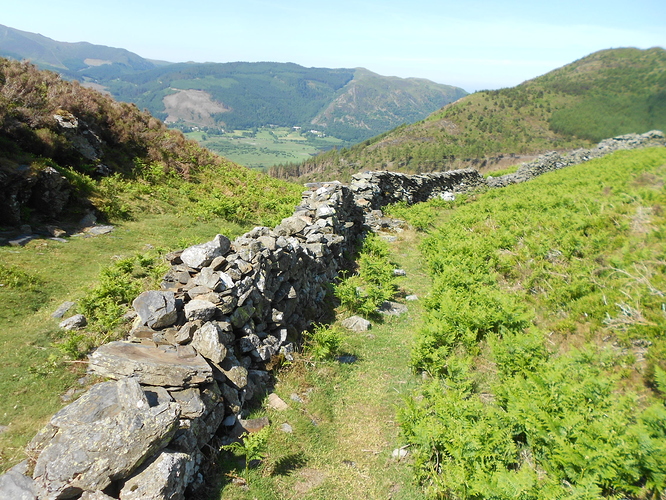 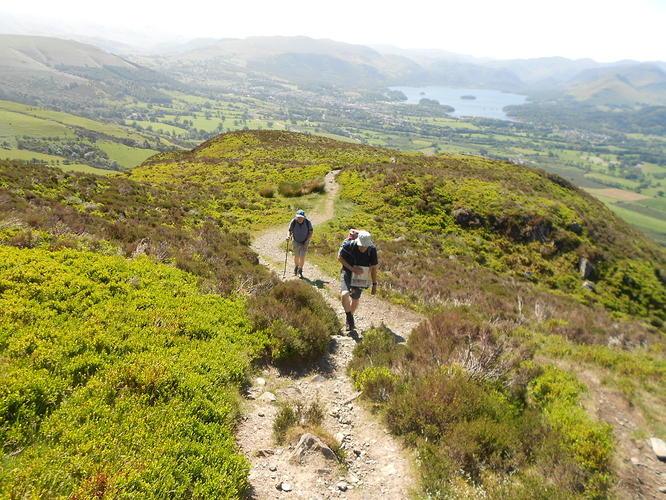 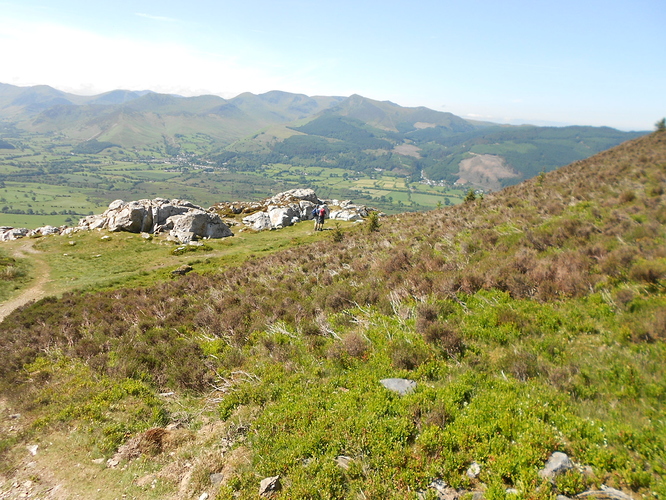 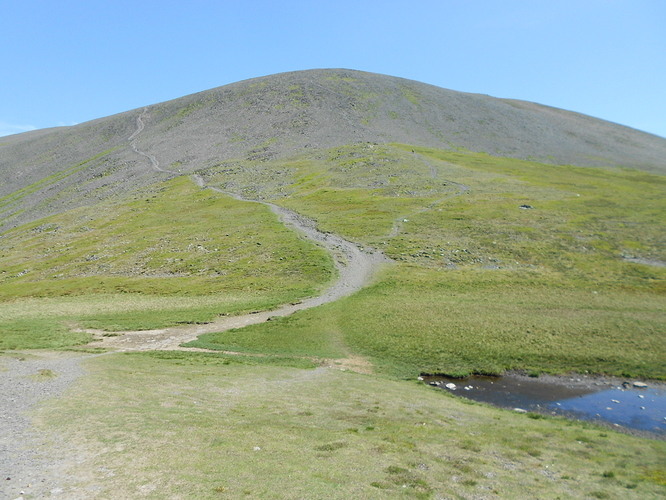 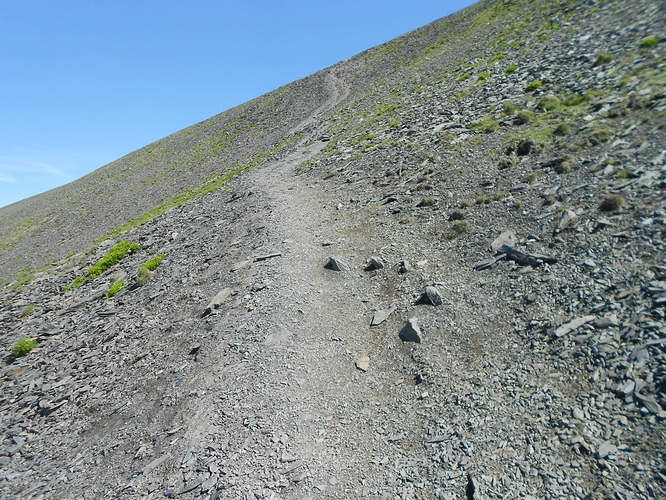 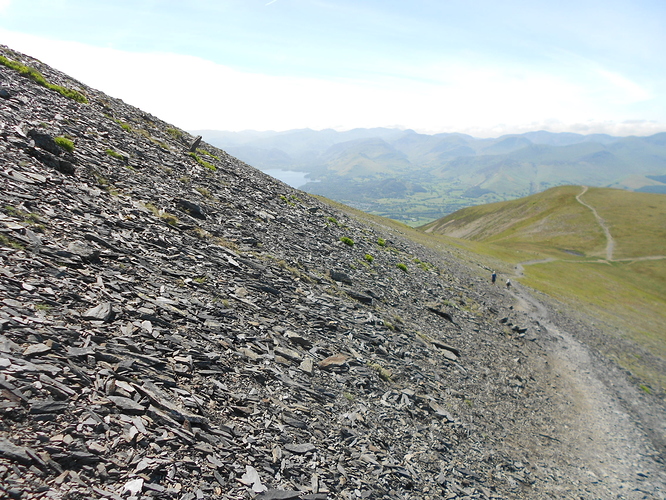 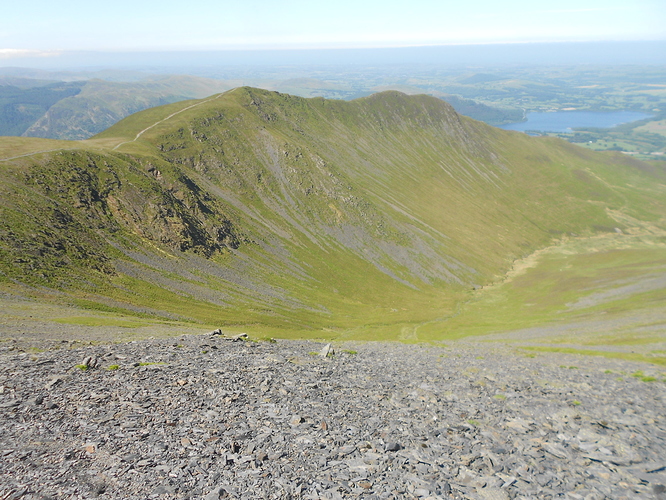 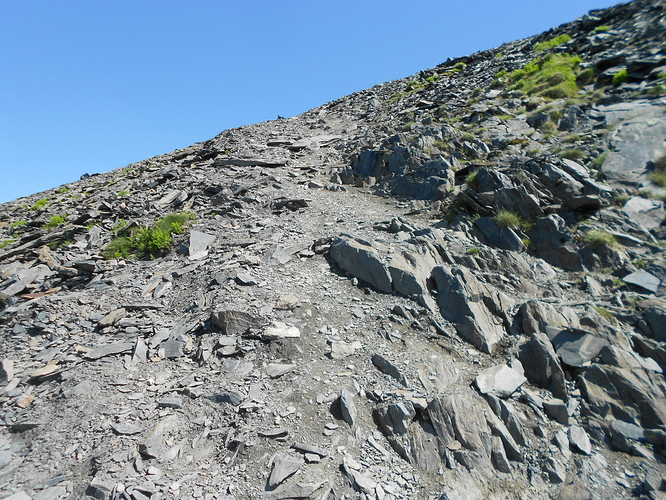 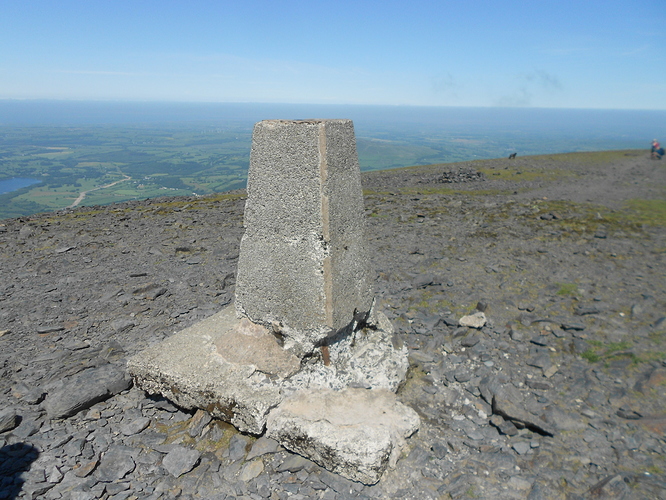 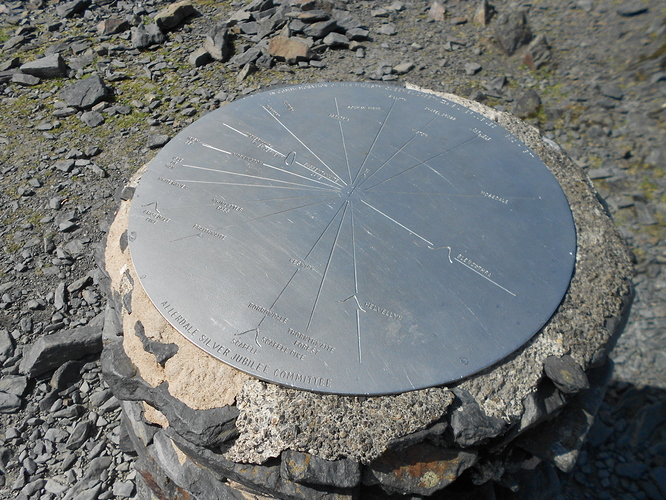 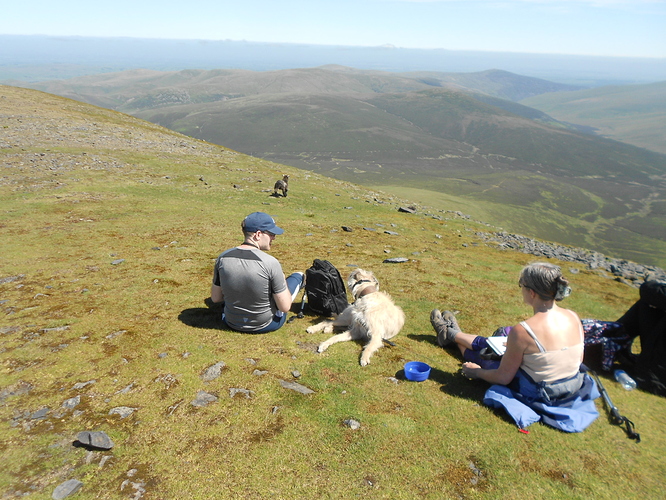 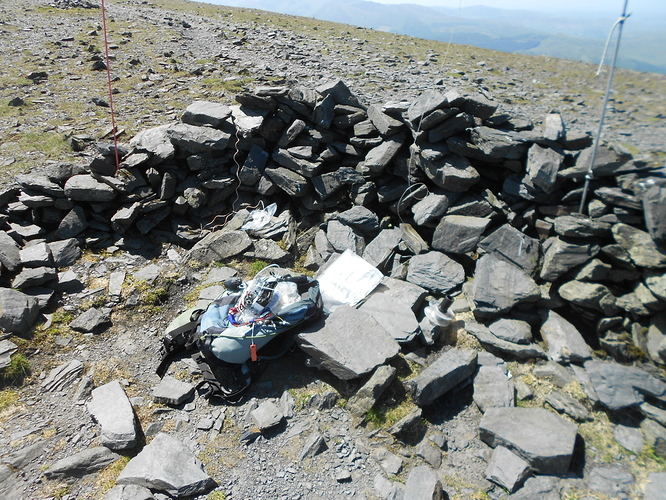 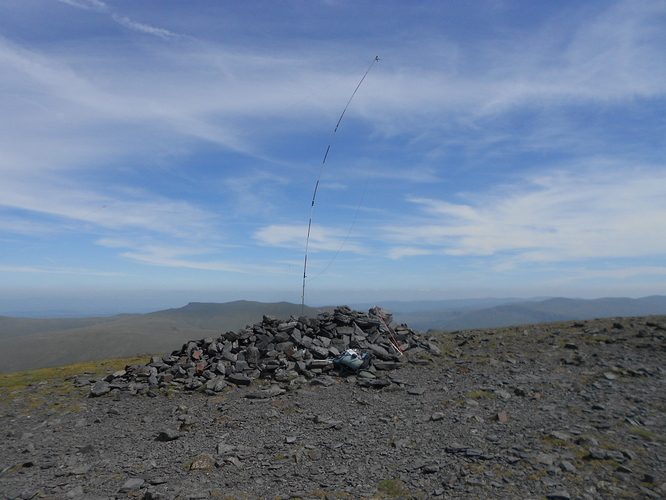 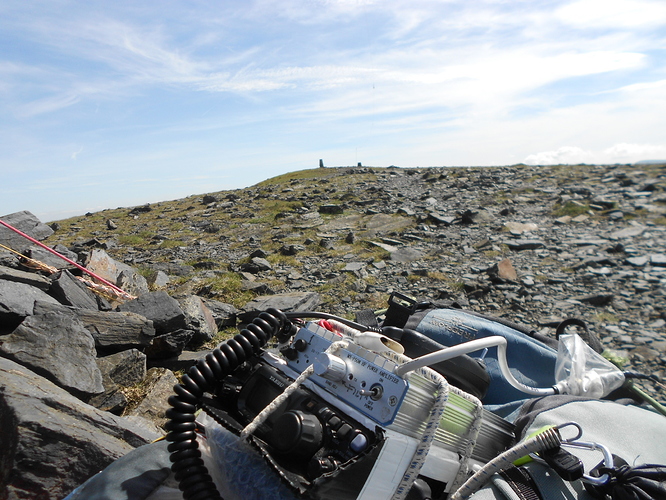 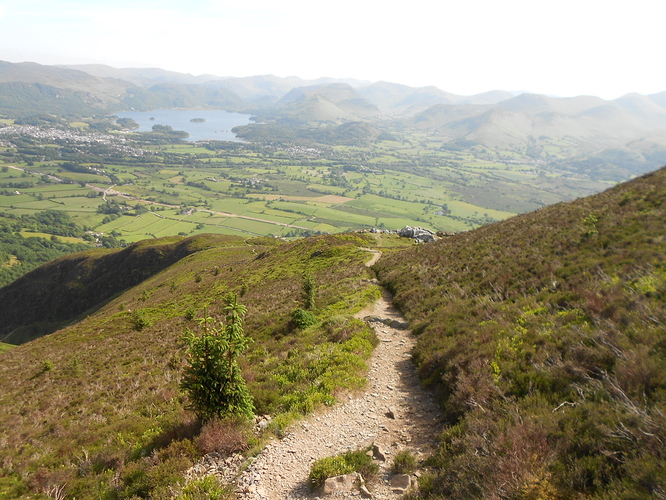