QRO Packweight: 10.7 kg including 0.75 litres of water & fleece with contents.

INTRO:
The set walk today was Ullswater and the Dodds but having already done the Helvellyn round in March, I elected to go solo on Skiddaw and spend as much time up there as the WX would allow. Thundery showers were forecast for the afternoon. When taking HF-QRO, Skid is a fair carry but going the usual way from the southeast at Underscar though rather boring, is the most efficient. I didn’t like the look of the weather and that was not just the threat of lightning. The day was a warm and still one and walking up the south-facing route in sunshine would be uncomfortable to say the least.

Execution:
After a quick breakfast at the B&B and a 10 minute drive, a start was made at 09:07. As predicted the climb was an unpleasant experience but you just have to force it from your mind. A DAB radio helped with that and as luck would have it they were interviewing the World’s top female mountain runner on R4.

Light cloud and hazy sunshine, getting brighter with height were locking in the heat. It was already more than 20C at the start point and very humid. Weeks of cold winds and little better than single figure east-coast temperatures at my home QTH in Scarborough made me feel even worse due to a lack of acclimatisation. The only air movement was at a short section just past Little Man but that had gone by the summit. It took 84 minutes to reach the trig from the car park; a poor effort compared with previous years.

After some quick photos at the deserted trig point, I set up the station a short distance to the South overlooking the east side.

1.832 CW - 2 QSO’s:
G4OBK and G4SSH reported my signals as 589 and 339 respectively. It took a few repeats for Roy to get his report but it was a solid contact in the end. Phil’s signal was varying between 559 and 599 with static crashes on the frequency and after some CQ’s I heard nothing further. Power was 50 Watts.

1.843 SSB - Nil QSO’s:
Despite being spotted by G4SSH and G4OBK I had no success with 50 Watt CQ’s over a period of 5 or so minutes. No surprises there, given the time of day.

5.381.5 CW - 4 QSO`s:
This QSY was set up via a phone call to G4SSH. With better propagation expected on 60m when compared with 80m, power was reduced to 30 Watts and I thought it prudent not to use the club callsign. G0TDM; G4WSB; G3RMD and G8TMV called in with good signals so it was worth pulling out the 5 MHz links.

5.405 SSB - 4 QSO`s:
USB channel ‘FM’ was used for the SSB; FE being in use at the time. As well as three of the stations worked earlier on 60m CW, Don G0RQL called in too. Frank and I touched base by discussing our favourite slag heap - Skiddaw that is!

Precipitation static:
At the end of this session I tried to adjust the filter on the linear and contacting the metalwork, sustained a substantial electric shock. Now regretting throwing my earth lead and spike out of the rucksack a couple of years ago to save weight, I tried to disconnect the in-line antenna BNC, which resulted in a second shock. A third one was delivered when I used my sun-hat as an insulator, too late realising that it was still thoroughly soaked in perspiration from the ascent, which made it quite a good conductor. After finally parting the line connector using the dry brim of the hat I sat out the light rain shower under a large umbrella brought for the purpose and ate some lunch to recover.

7.160 SSB - 1 QSO:
At 12:50z, when the WX improved some 25 minutes after ending the 30m session, I tried looking for the WAB net but there didn’t seem to be one. That came as no surprise due to conditions on 40m continuing to be abysmal. However, I did make contact with 2E0KVJ/M - Dave who was putting on squares 10 miles east of Exeter.

After a few minutes scanning round 20m and calling in likely places, I abandoned HF in favour of 2m and 4m-FM.

145.400 FM - 6 QSO`s:
Here I worked Geoff G4WHA/A (who was patently monitoring .400) and John G0TDM both in Penrith. G1OHH Sue in Lancaster followed and I’m afraid we had a brief chat about things medical. After Sue, I logged MI0HWG Peter who was 12 mls east of Belfast; GW4ZPL/P John on Anglesey and G4VFL Andrew in Egremont. These were worked with 5 Watts from the IC-E90 handheld plugged into a vertical J-Pole and supported by the bottom HF mast section.

Descent:
After packing 5 kgs of slate slabs for a friend’s rock garden, the walk back to the car was completed by 15:57 and I was back to the B&B 15 minutes later.

David’s accident:
As I stopped the car I was shocked to learn from Rob that the walking group had suffered a casualty. David, Rob and Roger had been walking the hills near Ullswater when David, the group leader fell on no more than an angled path and suffered a hairline fracture to the ankle. Rob and Roger had a walking stick each and Dave used these to hobble a mile down a steep hill to an isolated farm. The farmer gave Roger a lift back to David’s car which he then drove back to pick up the casualty.

Once at Keswick hospital treatment started within 20 minutes. An on-call radiographer was summoned. David was X-rayed; the resulting image emailed to a consultant at a larger hospital for diagnosis whence Dave was given a pneumatic splint complete with air pump and told to rest his leg for 4 to 6 weeks.

I drove Dave back to the facility the next morning for proof to be faxed to the RAC whereupon David’s car was winched aboard a truck. Casualty and car were then duly taken in two stages, the 360 miles back to Worthing on Thursday. There but for the grace of God, go any of us. It just shows how easily damage can be done and that’s how we lost our walk leader. Get well soon Dave!

Comments:
Generally HF conditions were not really up to much, at least the traditional 40m band mainstay. However 30m really came into its own which must have pleased continental stations as much as it pleased me.

When trying to bring in the local UK stations, 80m and 60m did a half reasonable job. Combined with a few more on VHF it did at least give Britishers a chance which is more than can be said for 40m at the present time.

160m brought two contacts for which I was grateful but the signal wasn’t carrying more than about 100 miles. Nothing happened when I tried SSB.

Little more can be said about band conditions other than we are in the summer doldrums. With better propagation I would have expected half again as many contacts at least.

I like Skiddaw very much, not least because it’s one of only three 10-pointers in England but also because it’s fairly easy to climb - well in cool conditions at least. It does however, have a somewhat disappointing takeoff on VHF considering its 3,000 foot stature.

Greater effort is needed to deliver a high power HF station to the top of the higher summits but with band conditions as they are, the extra work and sweat can be worth it. Once up there and set up, life was a breeze physically apart from the shower and the electric shocks. 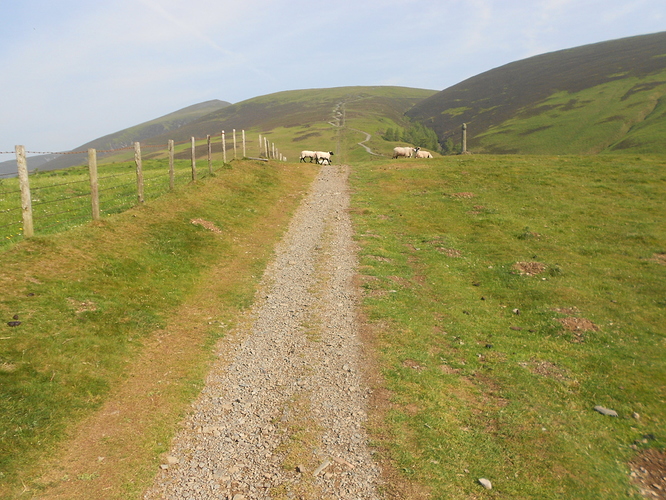 Above: The Skiddaw ‘motorway’ stretches out before me. 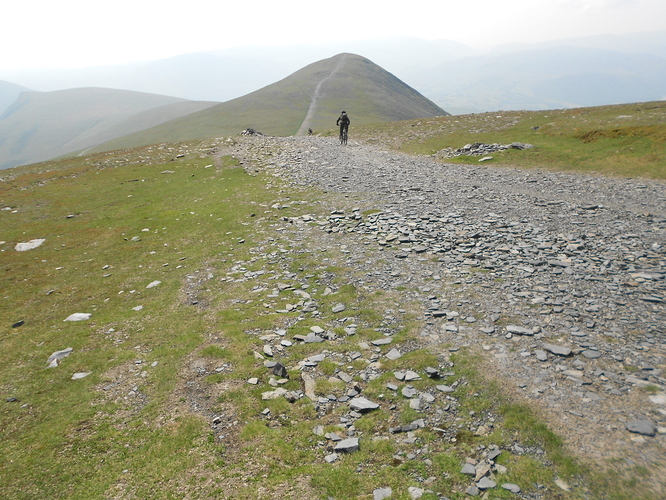 Above: Air-cooled mountain bikers ‘hurtling’ down Skiddaw while I sweat my way slowly up. 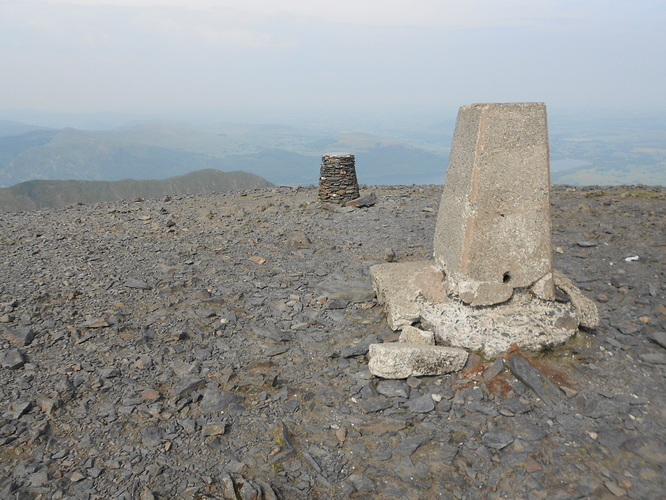 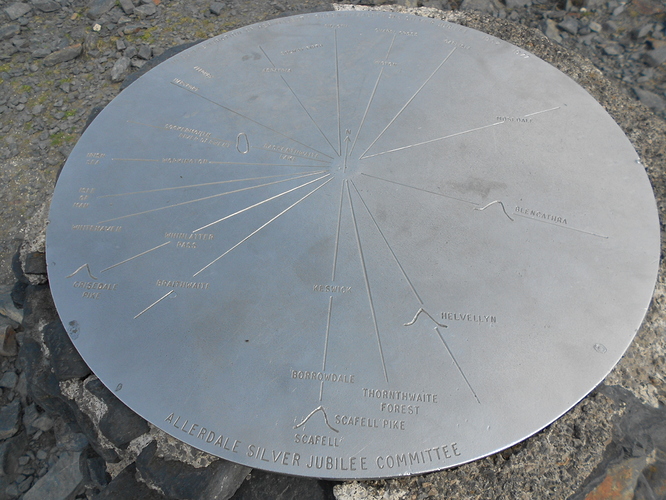 Above: Views from Skiddaw but today was too hazy. 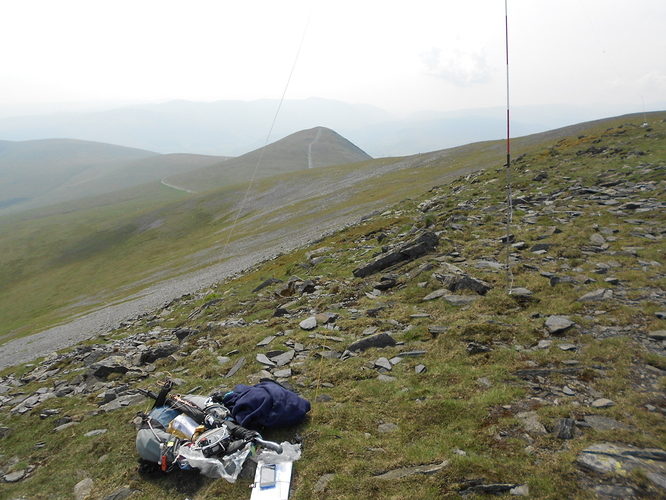 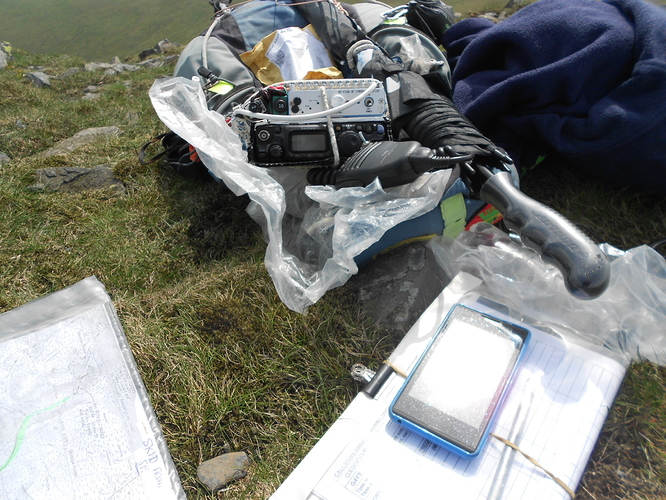 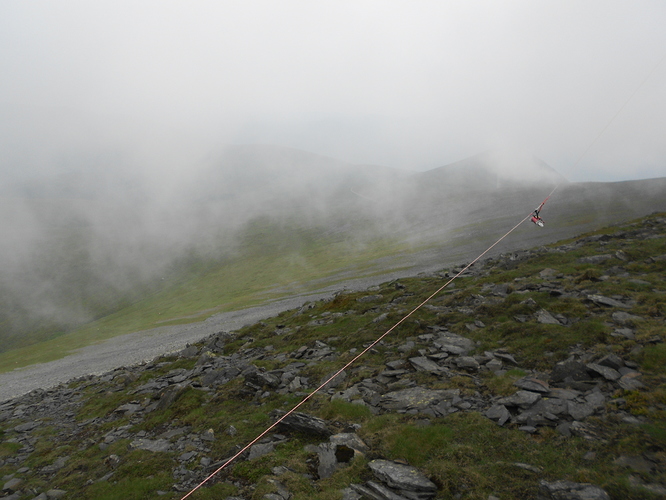 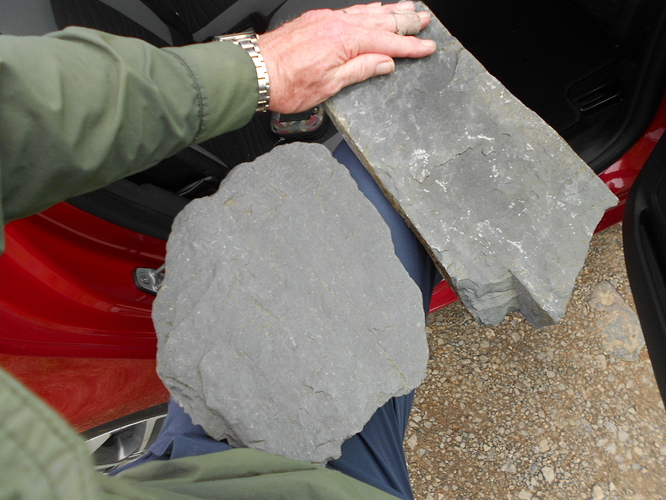