Video of the Activation of G/SP-001 Kinder Scout by Tony 2E0LAE/P on 21st January 2011 approaching the summit from Edale via the Pennine Way and Jacob’s Ladder now up on SOTA TV. 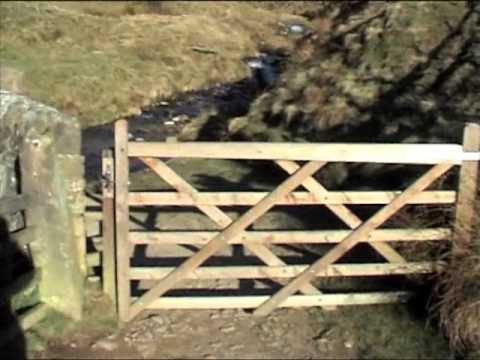 Activation of G/SP-001 Kinder Scout by Tony 2E0LAE/P on 21st January 2011 approaching the summit from Edale via the Pennine Way and Jacob’s Ladder.

hope you all enjoy this information film???

Great video Tony, & sunshine on an activation for a change. I bet it was a little cold though.

I did pop out at lunchtime to listen for you from some high ground, but I was a bit early for you.

How did you find the Jacobs ladder route compared to your previous route?

Sorry! Tony this time travelling messes with your head. 2011 it is.

I will be putting together a report when I have time,

but for speed of ascent and less effort I prefer the Chunel Route, Jacobs Ladder was a killer on the calf muscles.

My original planned after work activation of Shining Tor on the Thursday 20th went so well,I decided to see if the weather would hold and plan for a possible jaunt up Kinder on the following day. (Friday’s at present is my day off as my hours have been reduced in work )

I woke at 6.30am as usual (alarm clock howling) and looked out to see what would be a dry day so decided to leave home same time as Elaine leaves for work. Down the M56 towards Manchester,chatting with the breakfast crew on GB3PZ. Hit a bad congestion trying to get through Stockport, this would make me late for my planned arrival at Edale. The A6 was its usual slow go peak traffic! On the chapel en le Frith road, I decided to take the risk of parking at Barber Booth,although previously being informed by Inky that this is not a good place to leave vehicles. It would however give me time back to enjoy the walk more,and meeting the route at upper booth would cut down on walking distance also.

The video goes some way to show route up, but what was making me feel uneasy was this section of the walk was not signposted too well at an intersection. Only upon arriving at Jacobs Ladder did I truly believe I was on the route. resting at the foot of the ladder for a water and one butty break,soaking in the babbling waters of the River Noe and the Glorious sunshine that had been with me from the start.

I had been told Jacobs Ladder would be tough and scrambly in places, but with my extra midrift bulge following my absence from strong exercise due to the heel trouble,I found myself stopping every few steps to rub the calf muscles and get my breath back. That was the toughest I have worked on any summit walk up for some time. When arriving at the well constructed stone cairn I thought the remainder of the walk would be easier, but no such luck as there were still a couple of sections to climb yet.

Stopping for lunch at the crossroads of three paths, a welcome break was had with (just for the foodies amongst us) Ham & Philadelphia Cheese Barmcakes and washed down with Baxters Italian Tomato and Basil Soup from the flask! A well deserved treat and all this again with the sun burning down. The 20 minute sit and relax had done me well for the final leg to Kinder Low Trigpoint,arriving only 30 mins later than my alerted time.

My plan was to try to gain the same 4 bands as I had previously operated on up SP-004 the night before: 70cm, 2m, 4m and 6m. Starting on 70cm’s and getting Steve GW7AAV coming straight back and spotting me,I thought I would be able to qualify this one with this band but all went quiet. one more contact on here then switched to 2m only a couple here again before going on to 4m. two on 4m including an S2S with G1INK on SP-004. 6m was tried and even experimenting with a couple of mates using 2m as talkback no joy on the magic band today.

Overall report is a lovely scenic but difficult walk (for me anyway)but if you need to get up quicker and less effort then I would recommend coming in from the more boring route from Chunel.

Thanks to the 7 that got me up there, and a small P.S. watch yourself coming back down Jacobs ladder as its steeper than you think. ( my knees were crying for mercy by the time I had reached the bottom of it