Well, it was time for the Yankee, Yankee, Yankee Road Show, to make a trip to the Kempton Park Rally, affording me a nice opportunity to activate Leith Hill on Saturday.

Made for the car park with the longer, but much easier ascent. Absolute doddle of a walk, which took less than 20 minutes even with the heavy rucksack.

Plenty of people buzzing about on the summit and even a queue at the tower waiting for it to open. One thing I did find amusing, the trig point, which looks to be made from steel, has a slot in it for donations!

Anyhow, stuck the collinear in a tree to save putting guys out.

First problem, no signal on the mobile. After a lot of hassle managed to call Dave M0TUB, who kindly spotted me. Put out a call on 145.500 and found chasers waiting. Within minutes more spots appeared (thanks guys). Managed to make a nice contact with Martyn M1MAJ and Caroline M3ZCB in Cambridge, which may have been their first contact with a summit on the 2m band from their home QTH.

Plodded on for some time before deciding to QSY. Let me say, this part of the world is no IO83 when it comes to VHF …we’re definitely spoilt on the VHF band 'tup North.

Time for a bit of HF. So, up went the fishing pole and down came the rain (about par for the course) therefore, QRT it was. Apologies to the HF chasers who wanted to work this one, but it seems I’ve been cursed by the WX Gods recently

Total of 51 VHF FM contacts completed, which seems to be a reasonable haul from this summit. May have another go in November, when I visit the next Kempton Park Rally.

Thanks to G3OHC, G3VQO and M1MAJ for the spots and all the chasers who came along to the rally to say hello.

It doesn’t look like a true trig point because it isn’t a trig point :o)

It a mock trig point used by the National Trust for donations, we have seen several around that area; there is another very close to the real trig on Box Hill.

The actual “trigpoint” is a benchmark (a bolt set in concrete) located on the top of the tower.

I had a quick look at the trig while buying a sandwich from the tower kiosk.

It was dissapointing to have yet another activation cut short by the wx, especially after such a long drive

Maybe I’ll have more luck at the end of the year. BTW, you did really well on the HF bands from this summit.

Usual thing… being on the right band at the right time… and with my very basic set-up :o) 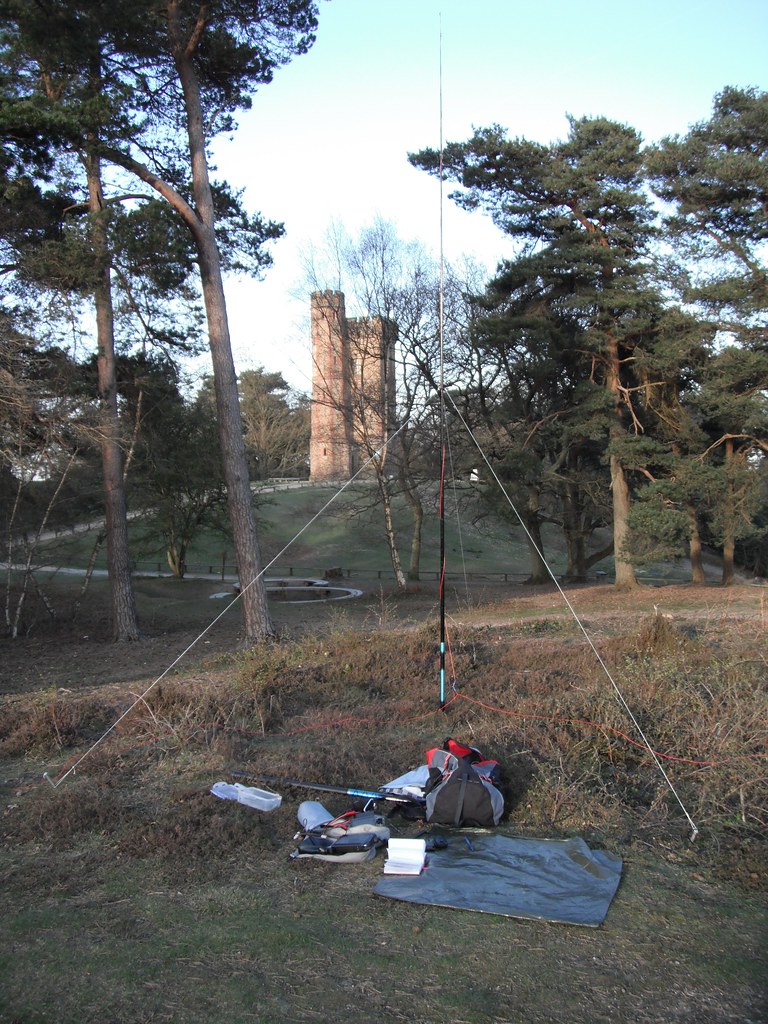