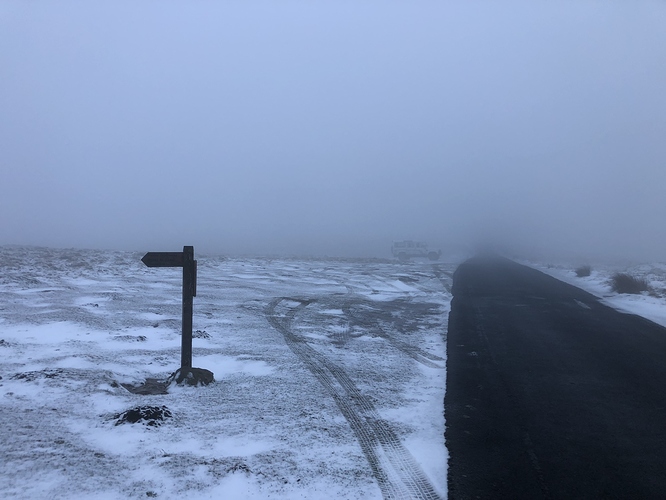 The walk up was really quite good as the ground was pretty well frozen so was able to walk on it rather than the usual NP summit slog! 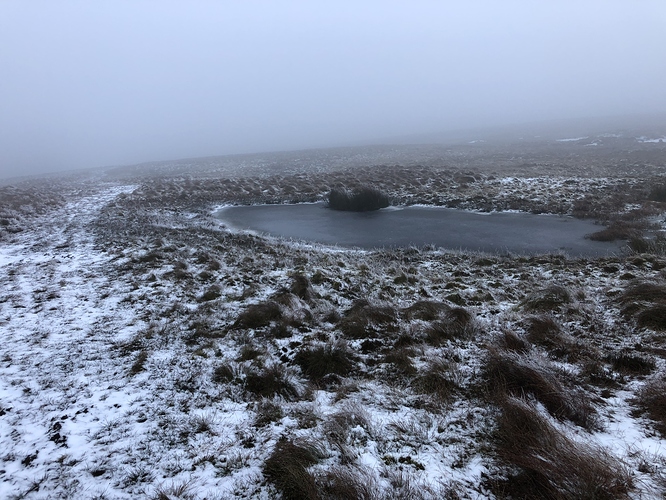 Brian G8ADD found me on 80 and a string of contacts followed as the mist gradually cleared. I also quickly tried 40m but as there seemed to be a contest on and I was getting cold it was rather short. Also tried 2m FM for a further few contacts into the NE and NW. 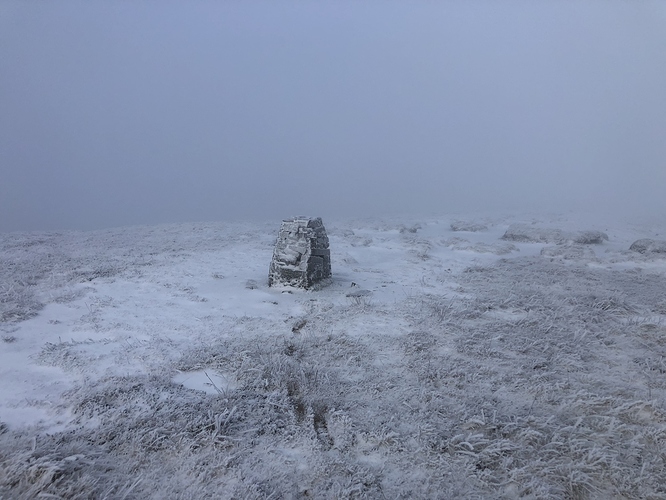 As I packed up the weather improved further and the standards came out of the mist. It appeared to be a brilliant activation. 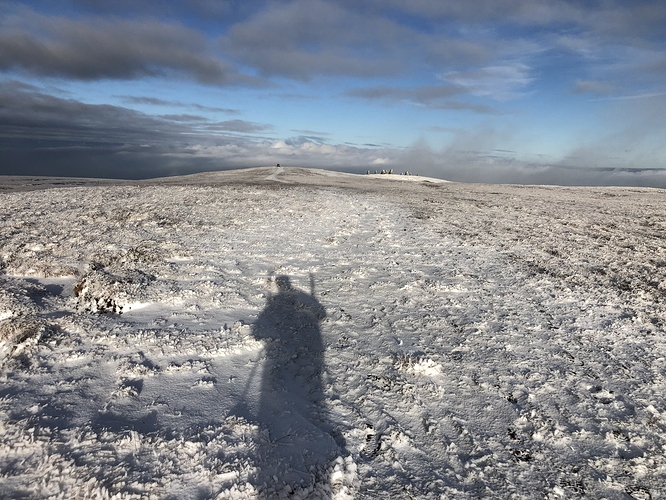 I was wondering if I should advise the MT that the bonus points for this hill ought to be when it isn’t frozen, and I was trying to work out how much of it would be wet in May for Andy. I will admit that I was feeling warm, dry and smug… and then my foot went through the ice and I ended up with both boots full of freezing water!

It will probably be wetter in May…

Paul - Thanks to all the chasers!

I was trying to work out how much of it would be wet in May for Andy.

I reckon you are trying to put me off because you want it for yourself at that time!

We’ve not had any white stuff up here near Edinburgh. Not even on the local hills. Sleet was forecast for this afternoon but nothing came. I’m full of a cold so didn’t venture up a hill but I did take the mad dog for a walk, or I should say she took me for a pull and it wasn’t too cold. Everywhere is very white with frost now. The sky is intermittently clear which bodes well for the Total Lunar Eclipse tonight.

I’ve put my alert up for the Lakes Weekend - bit of fitness training before St Sunday Crag, Farifield and Seat Sandal no doubt amongst the crowds with an early start to get a car parking place! ( Only saw one other group of walkers today so NP much quieter ). Still prefer Wild Boar Fel in the NPl, but I’m saving that for a brilliant weather day! Paul

I was wondering if I should advise the MT that the bonus points for this hill ought to be when it isn’t frozen,

True for a few of the NPs! Well done (and bad luck on the foot soaking)