I’m on a mission to boost my activator score as much as possible.

After hearing the sad news about Eric KU6J becoming a silent key and messages on the NASOTA Yahoo Group about an activation event today in Eric’s memory, I thought it would be just the job for my new(ish) MTR-5B transceiver. I have yet to build a matching 5 band antenna, so I have to use two to cover all the bands. My plan was use the long dipole to offer 40m and 30m from the first summit and then 20m/17m and 15m from the second summit just as NA chasers would be getting active.

) The weather was very mild so no issue with icy roads as is usual at this time of year. The first hill Pen Y Ghent was surrounded by mist as I parked up, and the weather was to remain the same for much of the day. 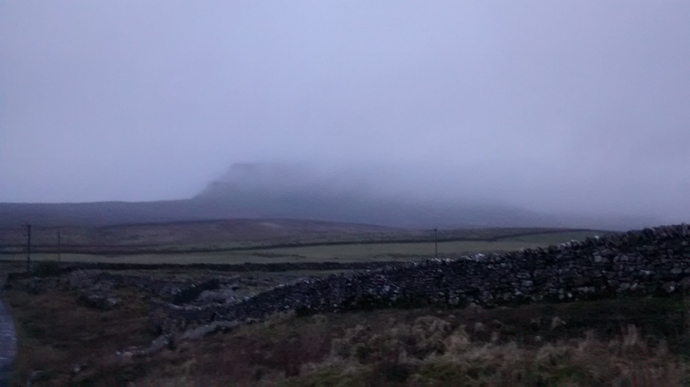 I reached the summit in reasonable time and set up the 40m/30m/20m dipole with links adjusted for 30m. I got nicely settled in my orange bothy bag with my orange MTR-5B, orange bag, orange pencil… you get the picture - literally 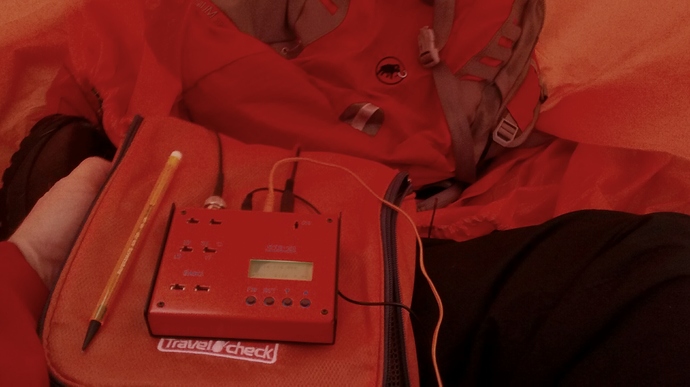 I had spent some time programming memories yesterday so that the rig would do the CQing. I pressed the buttons needed to CQ, but unfortunately the rig just muted the RX then locked up

Everything I tried, including disconnecting the power lead had no effect. The rig has a small coin cell battery on the PCB which keeps the real time clock ticking, unfortunately it was also keeping the processor locked up. When I was making the case, I chose to use 2off M3 CSK hex screws to secure the two halves, maybe this was a mistake because I simply could not find anything that would undo the screws and I didn’t have a hex key with me. Doh!

Luckily, I had persuaded myself to take a back-up rig, my 40m/20m first run MTR. I’d have to forget about doing 30m. I extracted myself from my comfy bothy bag to change the antenna links to 40m. Happily the two band MTR worked fine and I was able to qualify the summit, although business was slow until I asked Christophe ON6ZQ to spot me - thanks Christophe, much appreciated!

When I got back to the car, I was hoping for either, 1, I had something to undo the hex screws on the MTR-5B or, 2, the coin cell to have gone flat after powering up the LCD for all that time. Neither hope became reality

I headed up Fountains Fell with just my 2 band MTR on board, along with the 40m/30m/20m dipole, leaving the disgraced MTR-5B in the car to reflect on it’s own behaviour! The walk up to the summit was a foggy trudge with no view and no other walkers to say hello to. I set the antenna up first of all then had lunch. Now time to operate - where are my earphones? Ooops, I’d left them in the car with the naughty MTR-5B. I like to take back ups for essential items if I can, (over the years I remove more and more stuff from my bag though!) Talk about relief when I found a pair of lime green earbuds in my pack! I was pleased to get a few NA stations in the log on 20m so the activation was actually a huge success.

On the way home, I stopped off in Settle and visited the famous hardware store that ‘sells everything’ and bought a hex key that I intend to leave with my MTR-5B at all times!! I also did something quite out of character - I visited Ye Olde Naked Man Cafe and had a cappuccino with cherry shortcake as my way of toasting Eric KU6J. 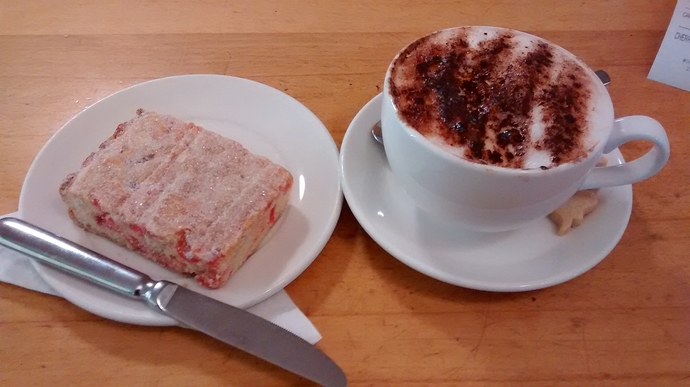 I appears that the MTR-5B back up battery has eventually gone flat, but the rig continued to lock up every time I asked it to send memory one. I have since reprogrammed memory one and now all is well. I guess it’s the price you pay for using these types of kits - WE are the beta testers!

Good idea to use hex (Allen) screws? Maybe not! 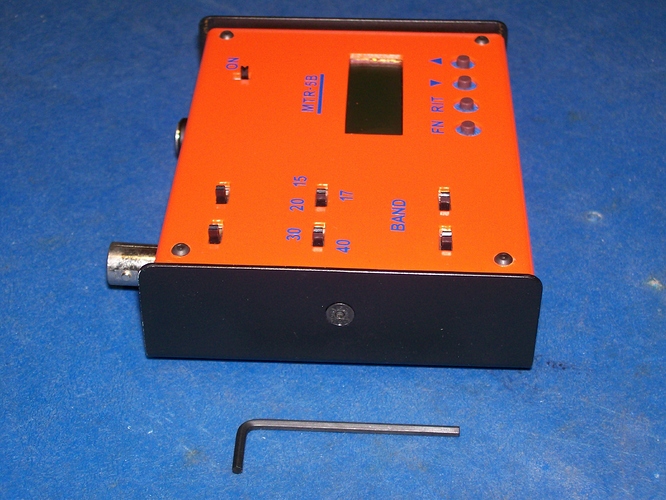 Today I was also remembering Roger G4OWG and Dave G4ASA.