For some reason I’ve had a real desire to summit Helvellyn (G/LD-003) in winter conditions over the past weeks, unfortunately a good weather forecast and my free time haven’t aligned. I saw a forecast earlier in the week suggesting that I might make an attempt on Helvellyn today, Thursday, so I had a word with my boss and he let me have the day off. Unfortunately the forecast was revised and extremely high winds were predicted

I didn’t want to waste my ‘Hill day’ so I decided to climb Ingleborough G/NP-005 instead as the wind strength was expected to be less than in the Lake District.

The wind wasn’t so bad on the way up as I was climbing the leeward side, but at the top the wind was just under the strength needed to blow me over! I’ve recently lost 1.5 stone, maybe it was a bad idea?

I headed for the summit shelter, settled in and then called on 2FM for what seemed like an age, the squelch never broke.

I was faced with a choice, either retreat and forget about the activation or battle on and attempt HF. I found slightly less windy conditions slightly down from the top, so I set up my 20/30 dipole at about 1 metre asl (above snow level). I got nicely settled inside my bothy bag and then couldn’t remember if I’d set the links for 30m, doh! As it turned out, the links were set correctly

I put the MTR-5B into auto CQ on 10.118 MHz and hoped for the best. After several minutes, I was answered by Ambrosi HB9AGH, followed straight after by Uli, HB9CGA. A little while latter I was called by Jan OK2PDT and we just scraped a QSO, I was struggling with the noise caused by the wind and QSB didn’t help either. After a little more auto-CQ, I was called by IZ1JMN, phew, the 4th QSO was in the log!

Probably one of most challenging SOTA days in a while but it was a lot of fun! 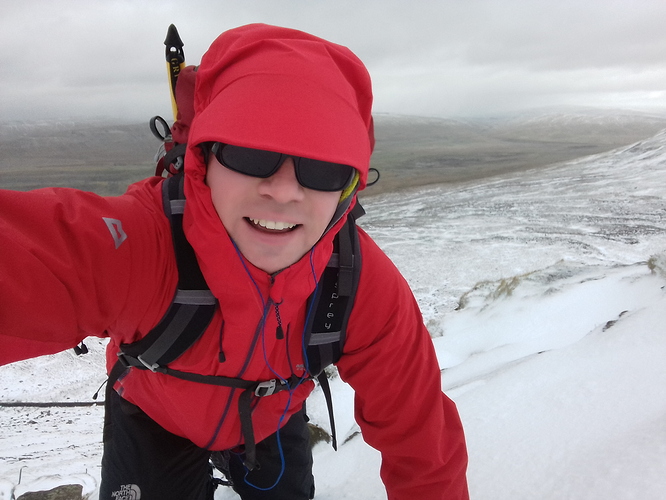 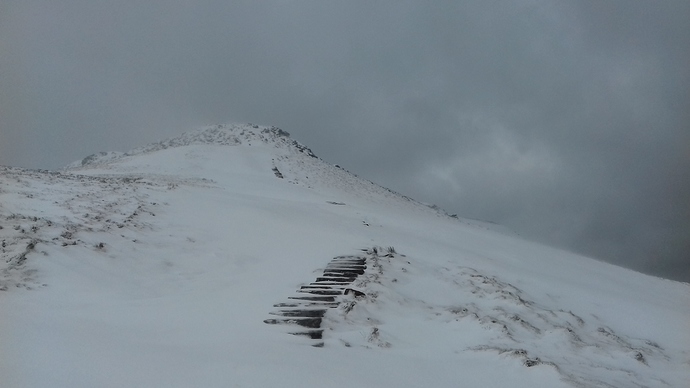 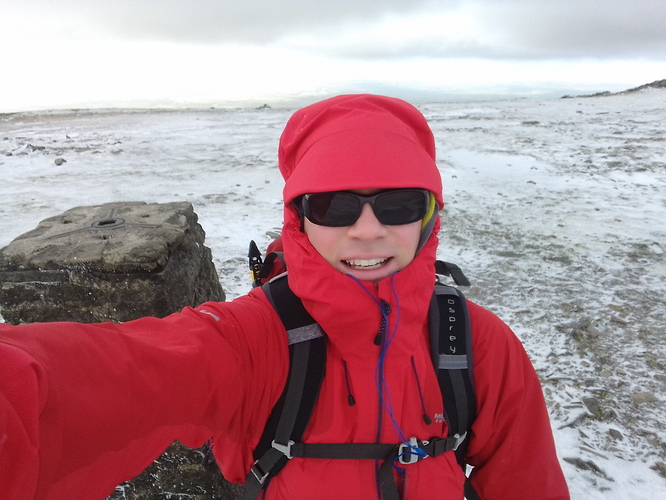 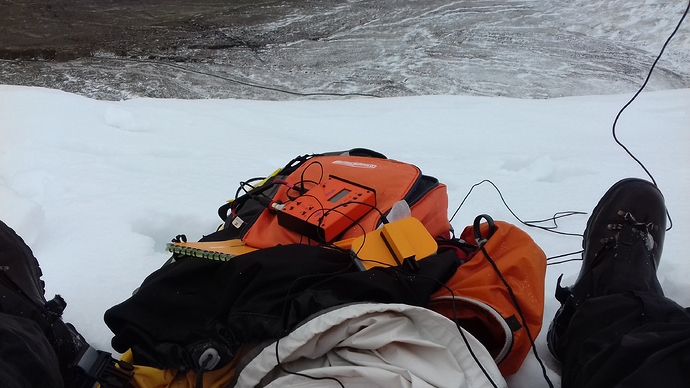 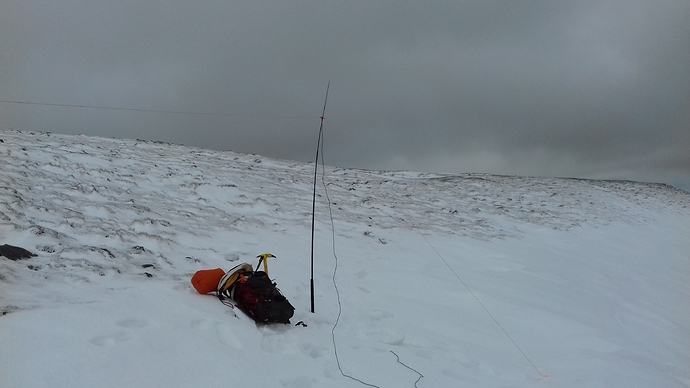 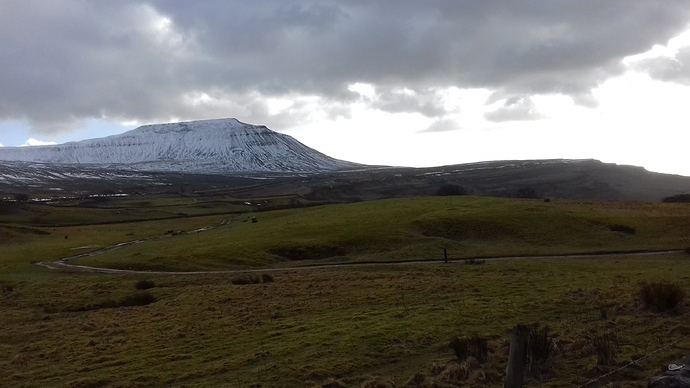 Not a bad idea at all.
Congrats on such achievement!
It’s actually noticeable in the pictures of yourself despite all the red jacket and the sun glasses.

I forgot mine last weekend
Glad you had a good day

Congratulations on the successful activation. I’ve yet to use my bothy bag on an activation but the alternative can borders on the stupid/reckless so will try and take better care of myself in future. Shame about 2m - glad you were able to complete however. I’ve yet to make a serious effort with CW but it is in my immediate plans.
Regards, Mark. M0NOM

Thanks for the report and pics Colin…well done.

I listened for you but nothing heard in GW land. Well done on getting a brief report and pic into the March edition of RadCom. Speak soon.

Guru, thanks! I’m heading towards a significant life milestone in the not too distant future and I decided that I needed to make a positive change. I’ve been trying to walk at least 2 miles per day and around 20 miles in total per week. The difference in ability to climb hills is amazing!

@G6PJZ Andy, I bought my sunglasses for fly fishing, I was amazed by the clarity they provide and consequently the lack of headaches, I use them a lot. I had my sunglasses on all day yesterday!

@M0NOM Mark, yes, CW is an excellent mode for SOTA. Additionally it’s easy to build your own CW rigs to give that extra bit of satisfaction making QSOs.

Bothy bags can certainly create a less hostile environment for operating but they can be difficult to use in strong winds. 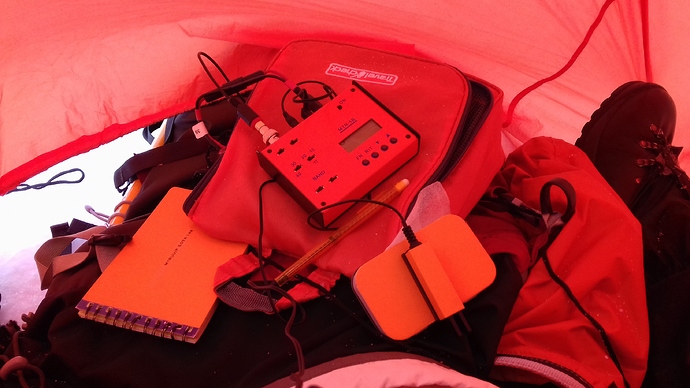 @GW4VPX Allan, thanks for trying, I really ought to get my 60m antenna built! I hadn’t seen the RadCom piece, neither do I know who originated it! A piece popped up in SPRAT recently too - the story refuses to go away.

to make a positive change. I’ve been trying to walk at least 2 miles per day and around 20 miles in total per week. The difference in ability to climb hills is amazing!

Very good decision indeed, Colin.
There’s nothing better for the mental and physical health than doing some exercise.
1.5 stones is quite an important weight reduction and I can understand how significant improvement you’ve got in your ability to climb hills.
Keep working on it.
I do it too by hiking to our 7th floor apartment throught the stairs and doing some SOTA when ever I can.
73,