I’ve had a desire to conquer Helvellyn G/LD-003 during winter for some time. I’ve had to cancel twice this year due to severe fog. I watched ‘Countryfile’ on BBC1 last Sunday and the long range forecast presented on the show was predicting high pressure, and cold temperatures towards the end of the week, I was very hopeful that I’d be able to attempt Helvellyn.

I have indeed been a very lucky boy today! A superb day on the hill. As a bonus, the MWIS forecast reverted to type and the high winds promised didn’t materialise (I find that the MWIS forecast tends to over-egg the pudding somewhat when it comes to wind speed). A good job that the wind was fairly light too, my pole was being held up by small rocks on the guys, I couldn’t get any pegs into the ground!

The radio side of things went reasonably well, with 22 QSO’s in the log, including 2 S2S on 30m CW. Unfortunately I seemed to be having an ‘Off’ day with my CW, but I mangled through, sorry guys! Whilst I was operating, a chap walked up and said he worked for the BBC setting up outside broadcasts and he was interested in my equipment. Another gentleman appeared a bit later and said 'It’s a bit cold for SOTA isn’t it, I usually do it in summer!" G0TNF (cool call sign for a mountaineer!) was the chap’s call.

It was nice to chat to Sue G1OHH on 2m FM, we were both saying just how nice the Lake District is. The general mood of the area just seems so happy, people out doing fun things, sailing, cycling, motoring, walking, etc etc.

Although the photo’s don’t really show it, there were some severe patches of neve, which were treacherous without the proper gear, although I do SOTA alone, at one point I picked up a group of people on the route and it really did remind me of watching YouTube videos of climbers going up Everest in a long procession! 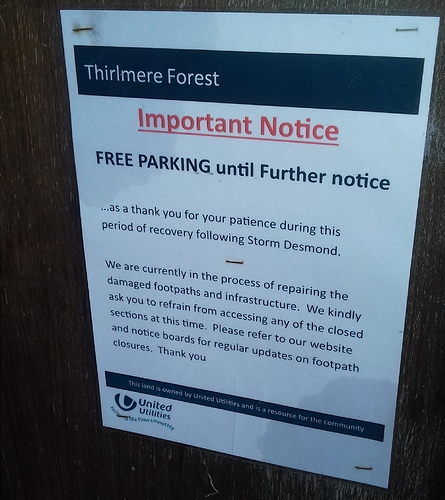 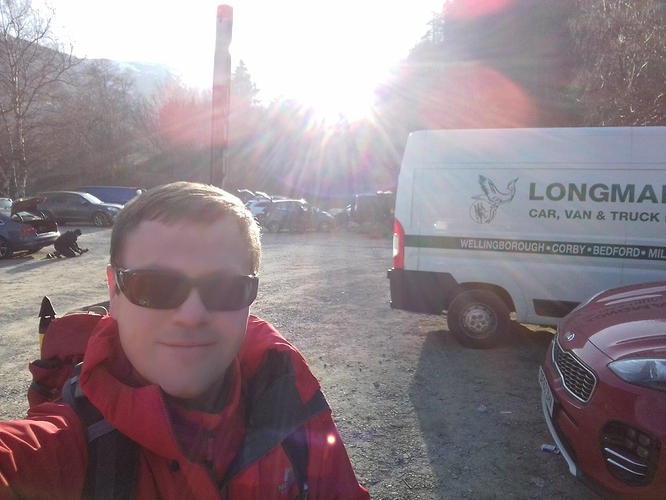 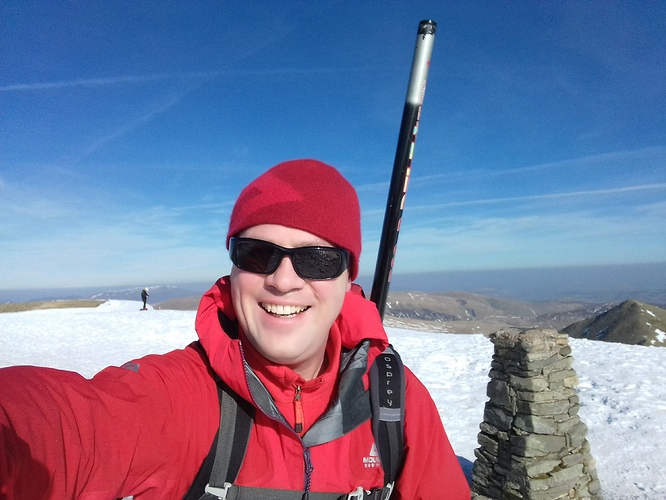 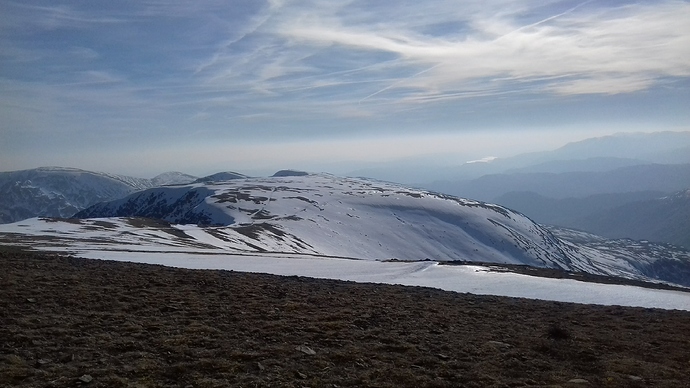 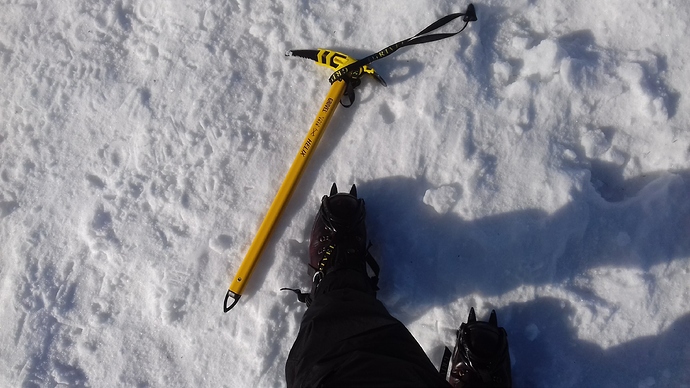 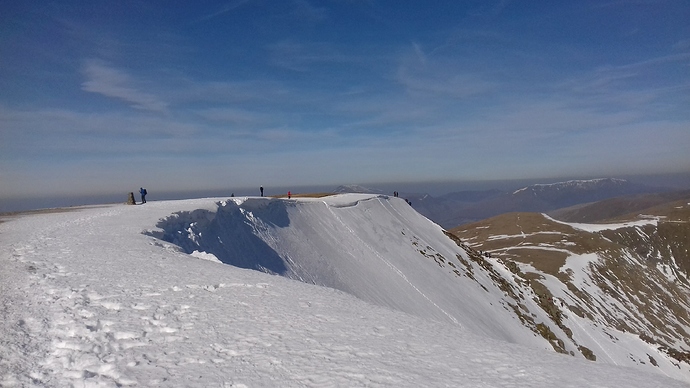 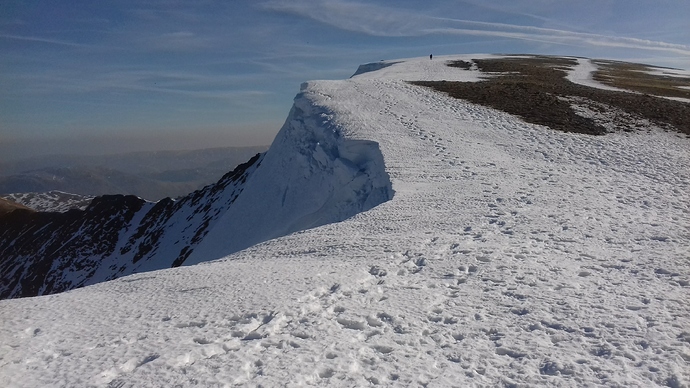 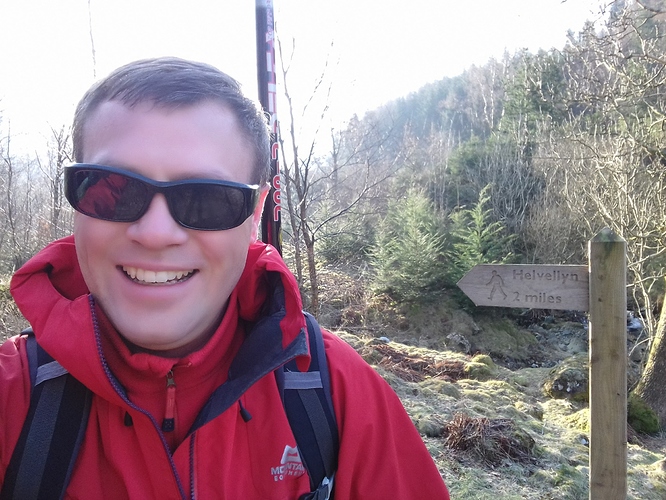 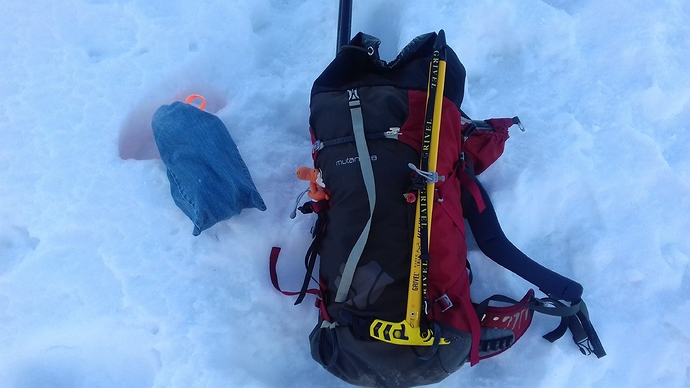 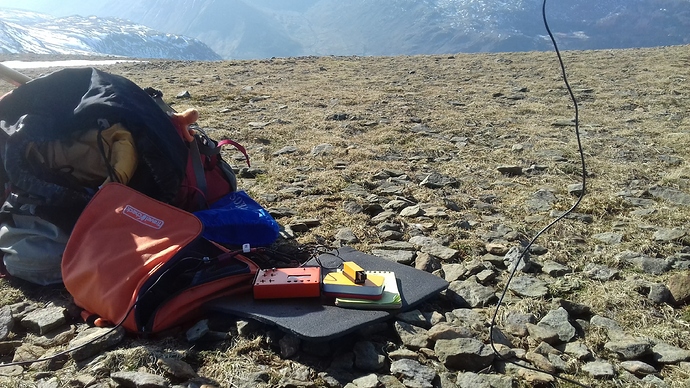 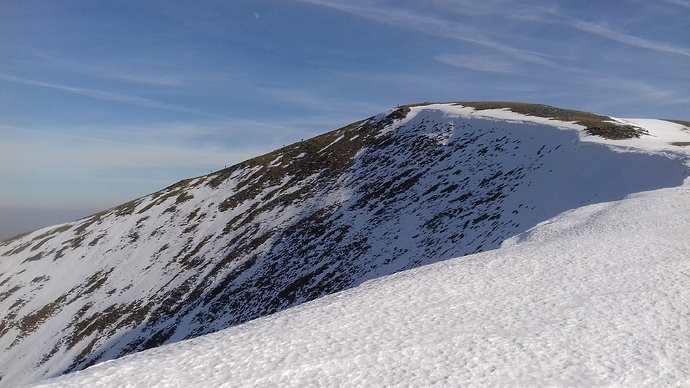 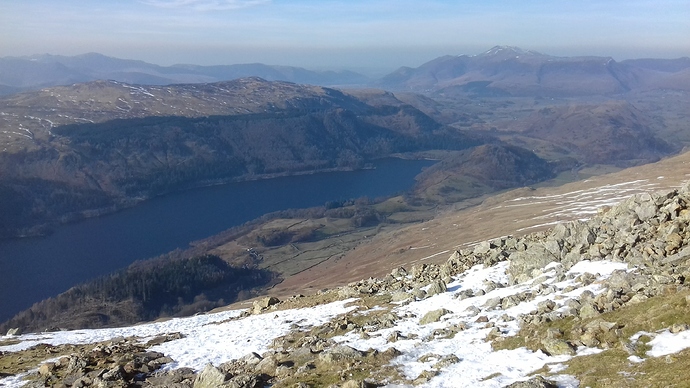 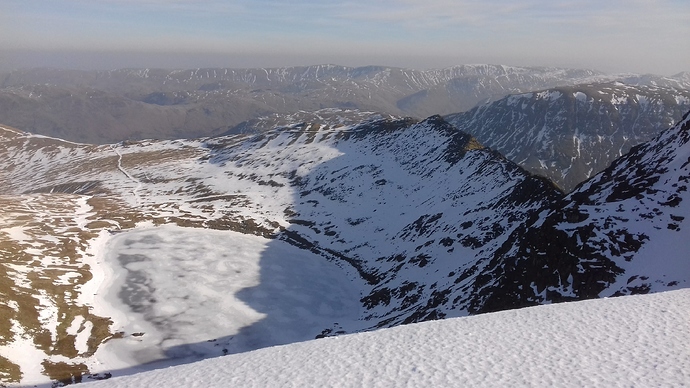 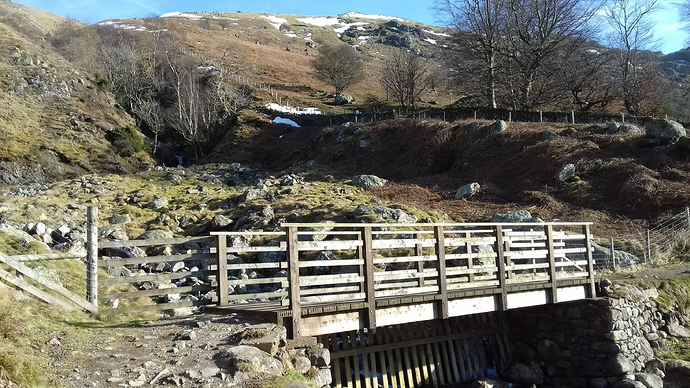 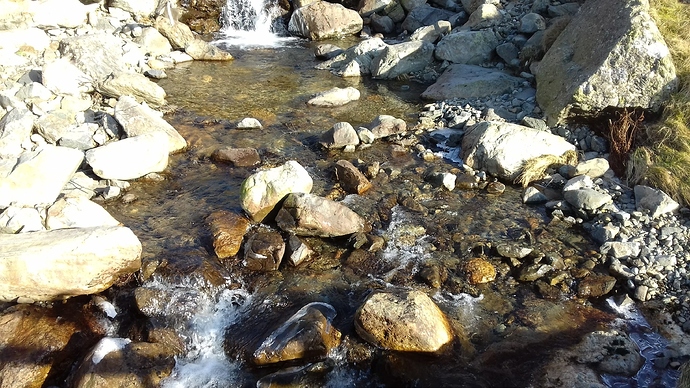 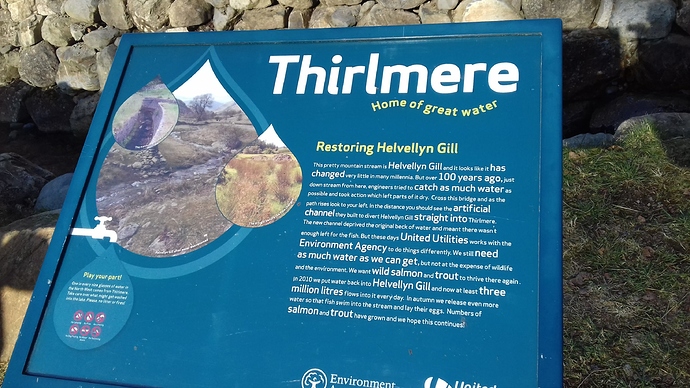 Sunshine and snow. Last time I was up there, just freezing fog. I see the car parks are still free. Long may it continue! That activation will stay with you for a long time; days like that are just gold dust.

Don’t worry about the CW, we can all send rubbish especially when it’s cold. I’m told that chasers don’t notice too much because they know what you meant to send.

My problem with CW is lack of use between activations, if I had a home shack I’m sure I’d be much more competent.

As to where next, I have a few on my radar but time is running out! I dearly love to do Fairfield, St Sunday Crag and Seat Sandal during winter bonus. Red Screes is also a potential target. I’m thinking of either Pen Y Ghent or Whernside for the VK S2S event.

My problem with CW

Really? Our qso was fantastic and I was delighted to chat with you.
I didn’t notice any fault at all in your CW…

Again thanks for fantastic pictures. Look forward for next one.
VY 73 de Ignacio

I felt that my Ingleborough activation last week went much better than I expected after not doing any CW for a while, this week I felt that my timing was off.

Thank you for the nice QSO.

Well done, some great views from Helvellyn. Sorry I missed you on 2m FM, I’ve had some trouble with antennas but to be honest I think it was just ships in the night with this one.

I’ve got a day off on my birthday, 27th March - last year I did Helvellyn with my YL, this year maybe it’s time to tackle Scarfell Pike.