Today, I was able to complete the first activation of HB/GR-042, Augstenberg/ Piz Blaisch Lunga (3230m, 10 Points). To be correct, the name of the actual peak is Nördliche Augstenspitze and the maps say the elevation is 3228m, not 3230m.

Logistics and Route Descriptions
We took the route from the Jamtal hut, starting at 2165m, taking a southern direction to the Steinmannli at 2353m and then continuing to a glacier called Chalausferner, which still has some crevasses. At the end of that glacier is a steep passage (‚Furcla Chalaus’; more than 50 degrees at the very end) that has to be crossed to reach the other side of the ridge. Thanks to the lots of snow and the low avalanche risk, this was not too difficult. On the other side, already in Switzerland, one takes a left turn to reach another glacier (Vadret de Chalaus).

There is a huge barrier from wind-blown snow (Windkolk in German) - several hundred meters long and maybe 20-35m high, which can be a major barrier. This one was a lot smaller two decades ago when I last visited this summit. We were lucky and found a passthrough directly near the Furcla Chalaus and this saved a lot of time.

We then continued the ascent to the summit via the Vadret de Chalaus, which gets steeper and steeper. At the very end, one can take a right turn to the more popular Südliche Augstenspitze (3225m) or head directly to the ridge that leads to the Nördliche Augstenspitze (3228m). This part is very steep and you have to take off your skis. It then leads to a narrow path directly on the ridge to the summit.

Note that only the Nördliche Augstenspitze is in the activation zone, because there is a huge rock in the middle between the two summits.

The best map is the DAV (German Alpine Association) map no. 26 (Silvrettagruppe). The best description is in my opinion in this guidebook from Panico: https://www.panico.de/skitourenfuehrer-silvretta.html.

Alpine Risks
The route is classified as ZS+ (‚rather difficult +‘). It crosses glaciers with crevasses and some faces are more than 45 degrees steep. The last part of the ascent is a steep path on a very exposed ridge. Safe snow conditions are absolutely necessary. An ice axe is useful. In icy conditions, crampons are necessary and the route can become very serious. Navigation in poor visibility conditions will be challenging and you must find back through the Furcla Chalaus on your way home.

Equipment
I used my TinySOTA station (MTR3 with power + accessories in a single enclosure), the @HB9BCB EFHW with traps for 40-30-20m, attached to a 5m carbon-fibre mast from Decathlon, deployed in an inverted-V from East to West with a bit too steep an angle in the apex.

An RBNhole spot followed five minutes later at 11:18Z. Propagation on 40m was surprisingly bad; only a single RBN spot with 5dB by DL8LAS.

The first caller, even before the spot, was DL/@SP8RHP, and eight further QSOs followed. The most distant was @EA2LU, a S2S highlight the QSO with HB0/HB9CBR/P on HB0/LI-012.

By 11:29Z I had to QRT because my friends were waiting and we still had a challenging way home ahead of us. A big sorry to all chasers whom I could not work, and a big thanks to @SP9AMH who spotted me despite not being able to make it through the QRO crowd:

Again, a big thanks to all chasers! 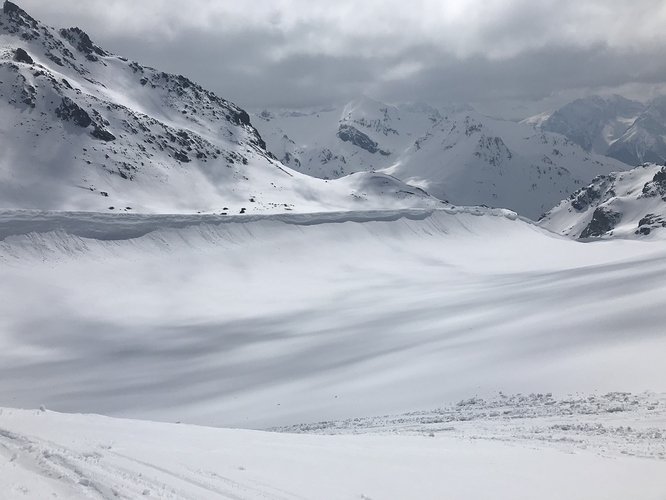 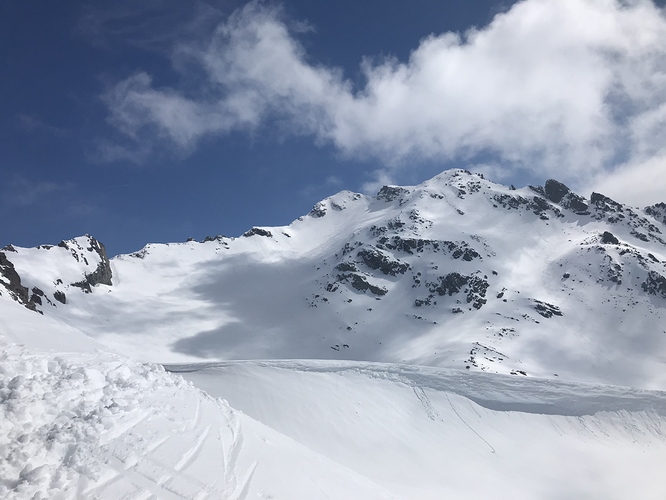 My operating position with the TinySOTA rig and the HB9BCB 3-band antenna with traps mounted on a 5m carbon-fiber Mast from Decathlon. 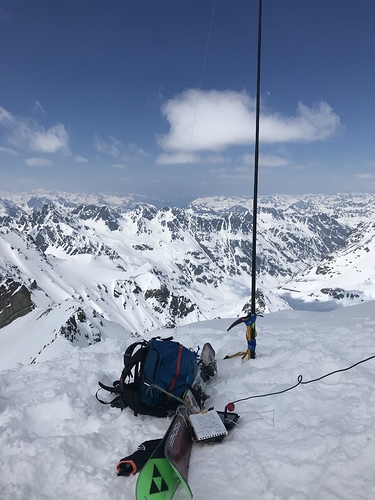 The footpath from the ridge between the two summits to the Nördliche Augstenspitze. It is in reality a bit more impressive than it looks on the picture. 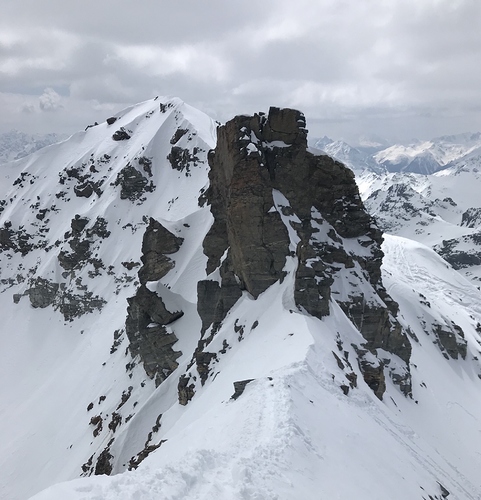 Wow, what an adventure, what an activation!
Thanks for the photos and the write-up.

I don‘t really understand why I got only one spot and only such a bad SNR. The subsequent reports were quite favorable.

Without checking the logs, it may just be that that reported first and RBNHole spotted you then subsequent RBN spots were blocked by the 10 minute lockout.