Well I thought I’d try an activation of Claife Heights G/LD-053 whilst staying in the area. The wx was looking very wet indeed so I decided on quick, handheld only operation, as part of a longer hike.
My wife and I took the car ferry from Ferry Nab as foot passengers and walked along the forested West Bank of Windermere as far as Bass Rock before turning up hill. 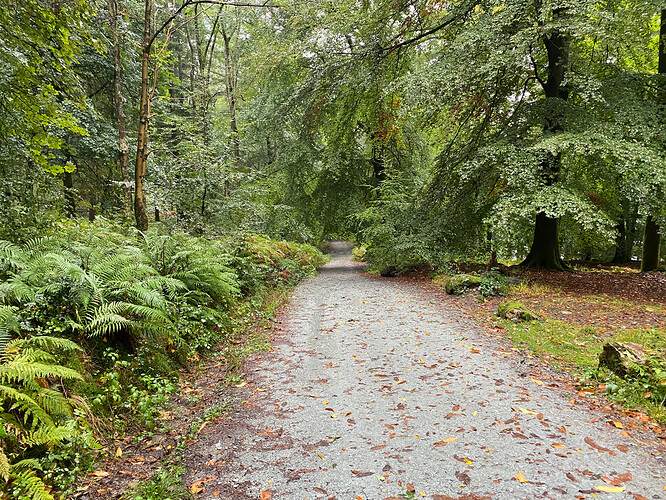 In heavy rain showers we found ourselves walking up rivers. 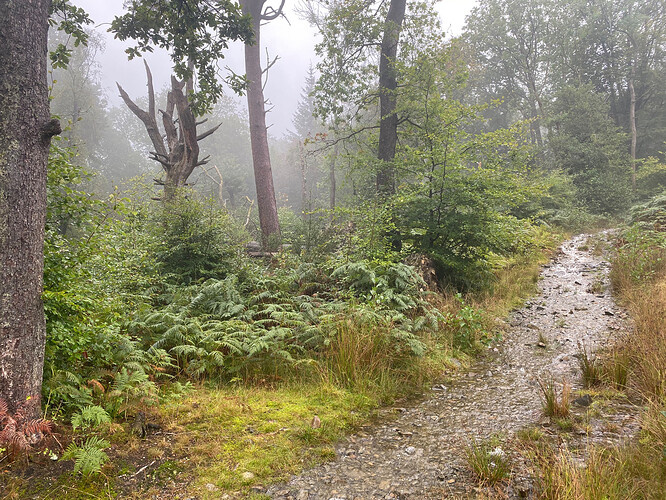 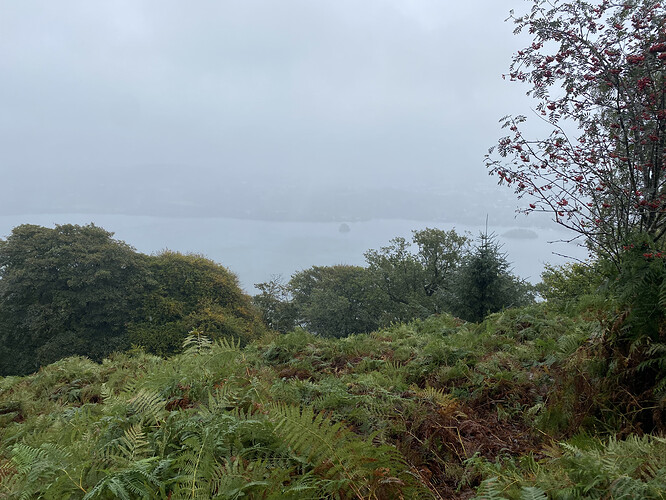 Eventually the trig point appeared… can you spot it? 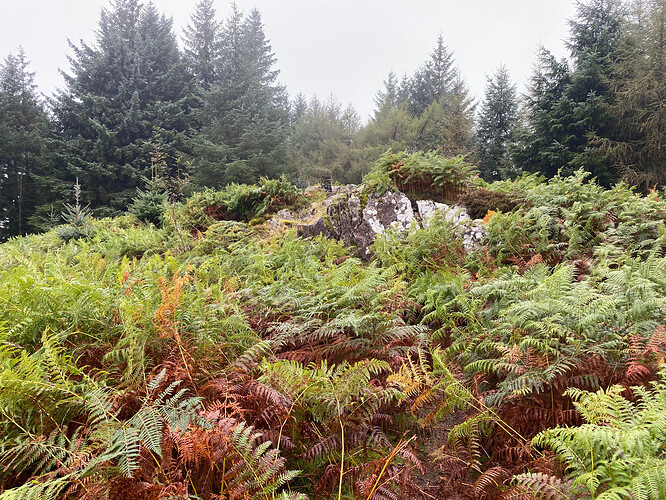 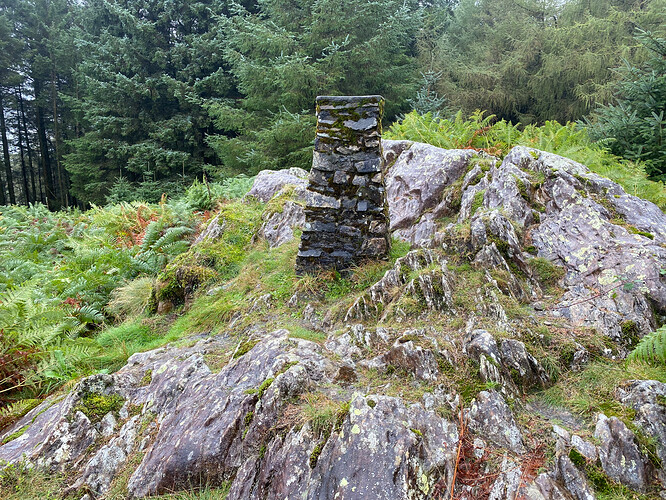 Anyway in my haste to plan the walk I hadn’t noticed the mast that is shown on the OS map and I suspect this was the cause of my failed activation with it de-sensing my cheap Wouxun handheld. (Or perhaps no one heard me). I spotted myself and called CQ on 2m and 70cm but could not hear any replies at all. After a few minutes we were hit by another heavy rain shower and with my wife looking less impressed by the minute we beat a hasty retreat down via the Claife Viewing Station 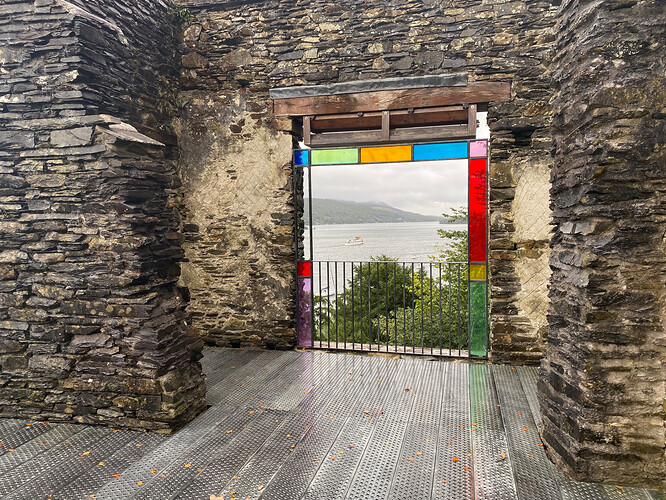 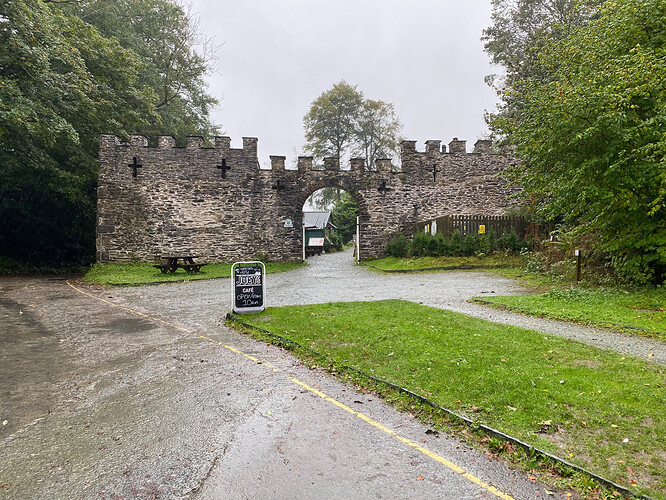 It’s been a while since I have had a failed activation, but it was an enjoyable walk and is definitely worth a return trip.
My apologies to anyone who could hear me calling but that I could not hear, I have ordered an FT-70 which will hopefully be better at coping with telecoms masts!

It also blows out of the water my new theory that 2m is the go-to band in the LD. Perhaps the poor weather and mid-week timing were to blame? I see you had posted an alert too so I’m not sure what else you could have done - other than bringing the HF kit of course but that wouldn’t have been very wife-friendly in that weather.

It also blows out of the water my new theory that 2m is the go-to band in the LD.

Depends if you have a decent radio and a decent antenna. Or not.

There are 41k chases of G/LD summits using 2m and the next most used band is 40m where there are 10k chases. That confirms what I know from my few LD activations, 2m is a very sensible band to use.

Claife Heights is quite low too and it’s mid-week.

I’ve always activated this summit mid week. The summit of Claife Heights is almost entirely surrounded by tall fir trees (there’s a narrow gap overlooking Lake Windermere). So, it has a poor VHF takeoff especially when those trees are wet. I’ve activated it a few times on 2m FM using a J-pole on a 6m pole. There’s room too to put up an HF EFHW with the far end supported by one of those trees about 20m away from the trig point.

BTW: in recent year or so someone cleared all the high ferns that used to make getting to the trig point like hacking your way through a wet jungle.

No activation is guaranteed to be qualified of course but I’ve done hundreds of G/LD and WOTA summits in the last two and a bit years since I moved to Cumbria and I would say that for the vast majority I got at least 4 2m FM contacts all done mid mornings to early afternoons, Monday to Friday. Many of the WOTA summits are smaller and more remote than Claife Heights. Having HF radio is a useful backup.

Hi Alan, very disappointing for you for sure. But look on the brighter side- you had a great outing with your wife and took fantastic photos. Next time!

Alan, When working from home 145.500 is monitored pretty much all day here. I did see your spot, but nothing heard on t’ hill in Penrith. There are a couple of pebbles in the way though for line of sight. A roll up J Pole and a short mast really helps when using a HH from the LD lower fells. My current mast of choice is a travel fishing pole, collapses down to 47cm, usable height when extended about 3.8m - they pop up on eBay from time to time. I also carry a diamond RH770 telescopic whip, surprising performance from altitude, and often qualifies the summit(LD) out to around 100 miles.
73
Tim
G4YTD

Many thanks for the report and photos, a great visual reminder of this summit on a damp day back in 2010. Those were the days… no, not the Mary Hopkin song, but the state of 2m back then. 16 worked on 2m SSB, 1 on 2m FM, 1 on 70cm FM and 1 on 70cm C, though I used a bit more than a handheld. However, it looks like the weather is still the same. 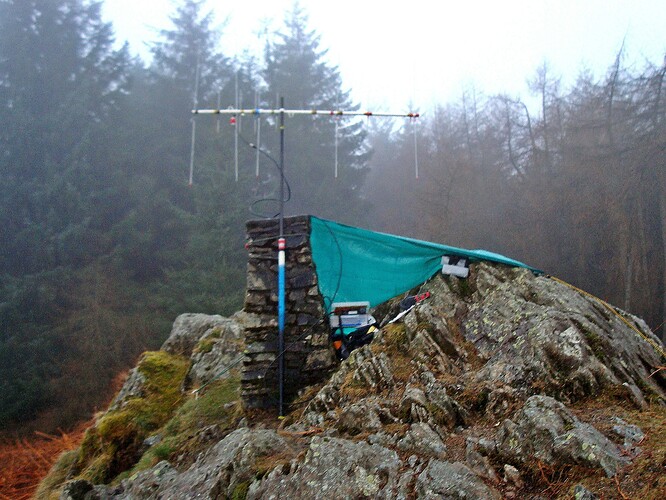 I hope that you have better results if you decide to go back to this one.

Alan, the original Wouxun radios were quite good. There was a 4m handheld that was very popular and also a 2m single band and 2m/70cms dual band. The obvious differences between them and expensive Japanese handhelds was the software was less user friendly and the plastics didn’t feel as high quality. But they did work quite well. However, these may well be the models on sale over 10 years ago and newer models may have sacrified the previous good performance in the dive to lower costs. It was Baofeng who are renowned for producing low performance radios.

Mine is an older one, perhaps 10yrs. It may not of course, have been the mast causing issues at all.

Whilst the Yeasu FT70D is an excellent radio and definitely has a better front end than my previous Baofeng, it does sometimes benefit from a Bandpass filter. I use the one from Sotabeams.

On a recent activation of Cyrn-y-Brain GW/NW-043 which boasts two transmitter stations, I heard nothing on 2m. After fitting the filter the band came alive and I was activated in a few minutes.

The Sotabeams 2m band pass filter works well. It’s limited to about 2.5W Tx. continuous but stops the front end receiver being flooded. I’d highly recommend that you try using one. I used with my VX7R on low power and a 3 element yagi, as high as possible.

From what I remember the sotabeams filter isn’t waterproof so best use under cover (emergency shelter etc) if required.