Having missed out on SOTA last weekend, due to work demands, I was determined to make the most of the good weather and take the bike out for a good run. St Lambrecht is only 1.5 hours away and the Dritte Grebenzenhöhe has a rough track going up to the Dreiwiesenhütte at 1770m. Not a big day walking, but a real treat on the new KTM. The Dreiwiesenhütte stays open till the end of October and was open first thing in the morning at 08:00. I was able to go in and warm up with a cup of tea: 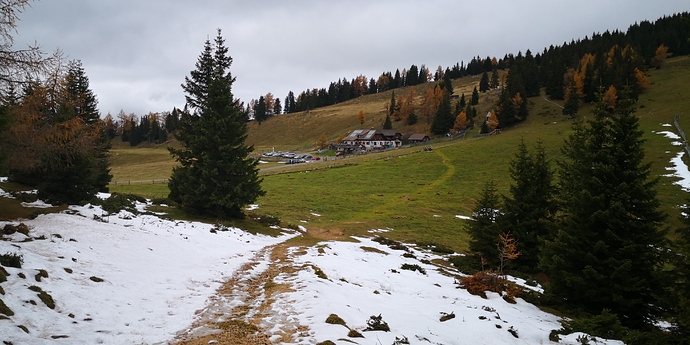 I got changed into my walking gear and set off for the summit. Whilst the weather was an improvement compared to yesterday, there was still cloud on the summit: 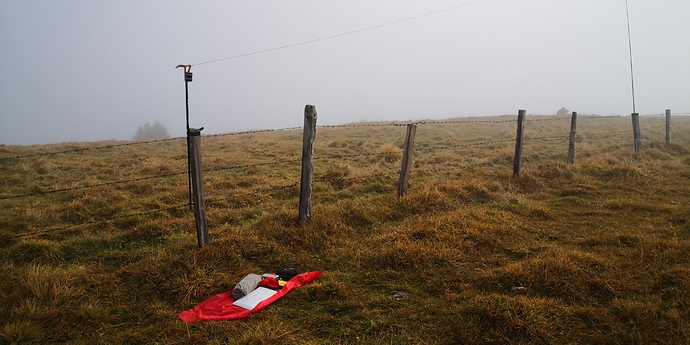 I got plenty of contacts today, despite only using the MTR3b, although it took a few tries before my spot got through on APRS. After packing up, I went back to the hut and had some lunch. I had thought about doing the Kalkberg before, as it was strangely unactivated. However, it was only recently that I discovered a rough track going up to Mariaschönanger: a church with a car park and another hut over the road. The KTM made very light work of these tracks and I am really looking forward to using it more next year: 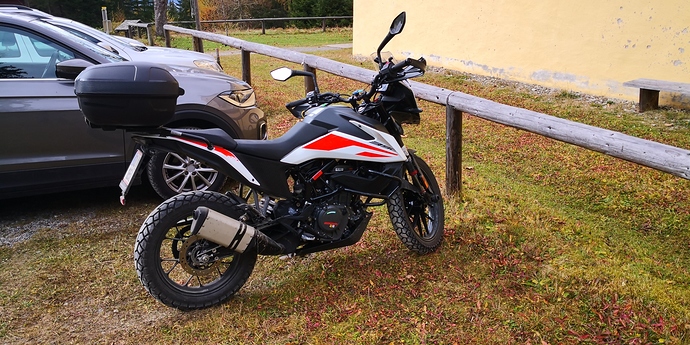 Of course, the cloud had lifted off the Grebenzenhöhe by the time I got round to the Kalkberg: 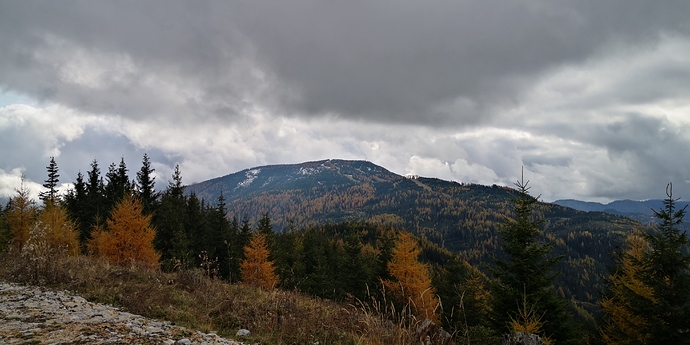 It was a lot warmer now and I had to strip off most of my warm weather gear as I neared the summit. There are tracks all over Kalkberg, many of them do not appear on any map, so getting to the summit is dead easy. There’s not much at the summit, just trees: 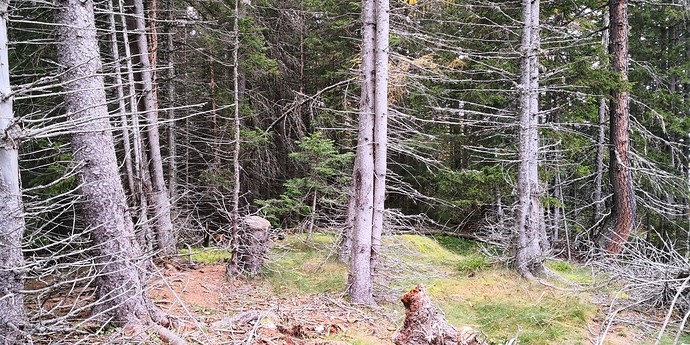 However, there was also plenty of space to put an antenna, and plenty of small trees for support: 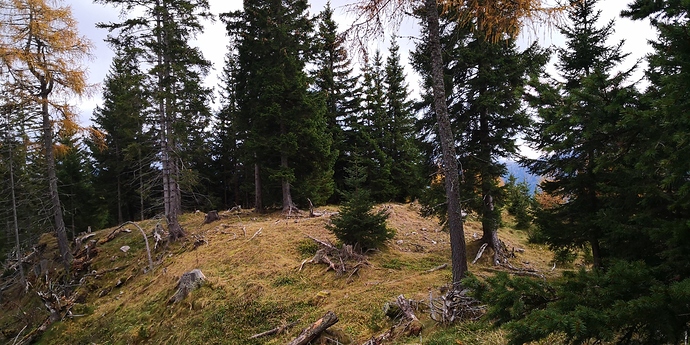 The sun came out just a little bit as I activated, and the distant mountains could be seen: 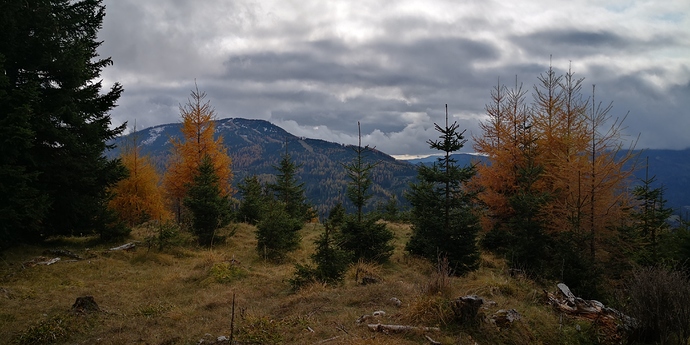 The Kalkberg is very popular with hunters, and I saw at least three Hochsitze occupied by hunters. It was the first time since arriving in Austria that I have ever seen anyone in a Hochsitz with a gun. No one complained, and there are certainly no markings saying ‘private land’ or ‘hunting area’, so I guess it’s ok. I went back to the church and got ready for the ride home: 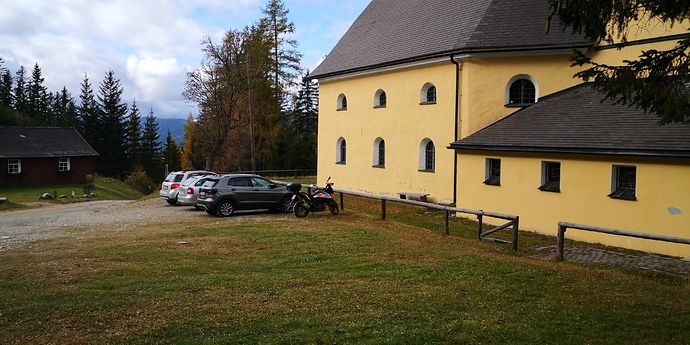 I didn’t go in the hut as I was still stuffed from my lunch in the Dreiwiesenhütte. Instead I set off and tried to make good time on the motorway, as I wanted to be back home before sunset. All in all, it was a great day out and loads of fun. All being well, I may get to go out again on Wednesday to the Roßbachkogel.
Edit {logs added for completeness} 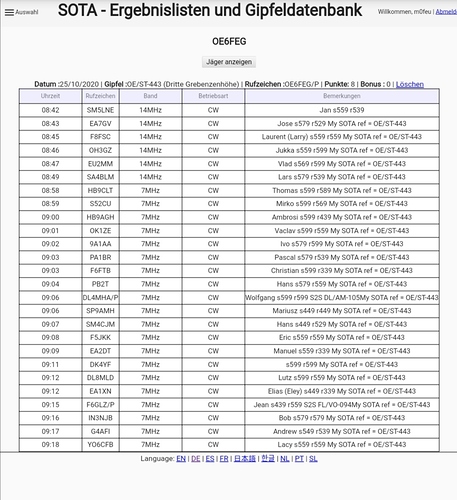 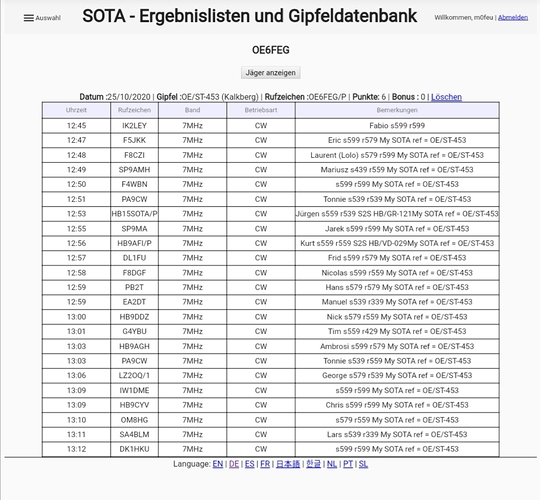 Hi Matt,
Thanks for the qso from OE/ST-453 today, it was a wile that I have seen you on the air. Nice to see that you enjoyed this beautiful autumn day. I hope everything is OK at your side.
73’s de F8CZI
Laurent

Always a pleasure to put you in the log Laurent. Stay safe and healthy.
73 Matt

What a good idea to combine motor riding and sota, must do also one day.

My Super Tenere will be so happy. … …