1st December saw some summit changes in GM, one being GM/SS-288 Creag na h-Eararuidh [Stuc na Cabaig] replacing GM/SS-067. I had never activated GM/SS-067 but it was on my list for this winter. We now have the new summit which is about 1.5Km South West. I parked at the church at Glen Artney then cycled up the estate track, ascending from the North West.

First contact on 2m FM was my old pal Jack GM4COX, who planned to be the first activator on 21/12/2021. Oh well, he can get a complete at least! I had a good number of contacts on 2m FM, inc Ken & Christine GM0AXY / GM4YMM. After that I concentrated on CW and worked 60m and up, including an unexpected 15m groundwave S2S with Colin M1BUU on Helvellyn.

Weather was very nice, no wind so I stayed on the summit for a while and made 66 qso’s. I even brought a mic for the KX2, in the end I thought better of it and stayed on CW!

GM/ES-088 Creag an Dail Bheag which replaces GM/ES-020 is also on my radar, perhaps over the festive period. I am sure Fraser or Simon will activate it before then! 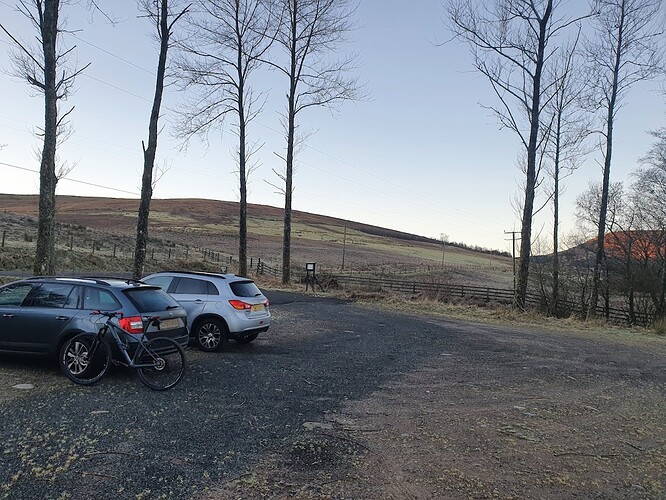 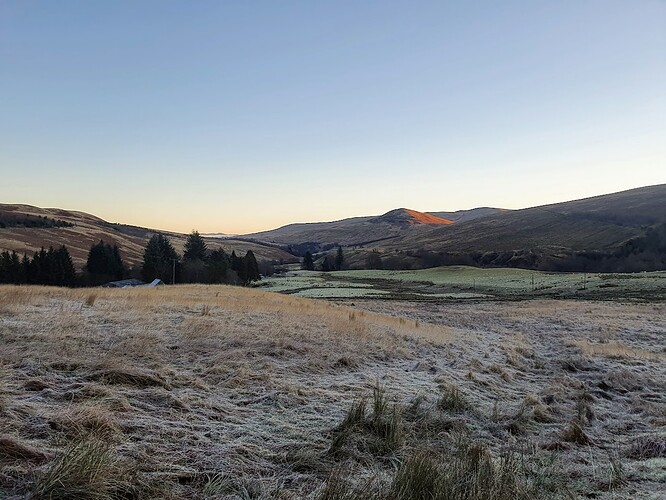 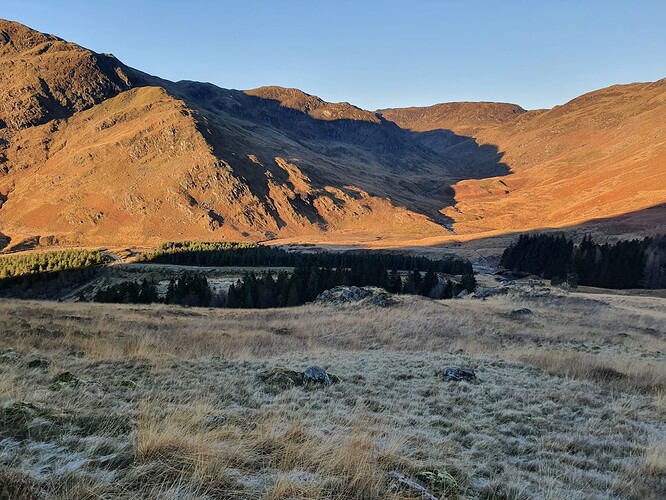 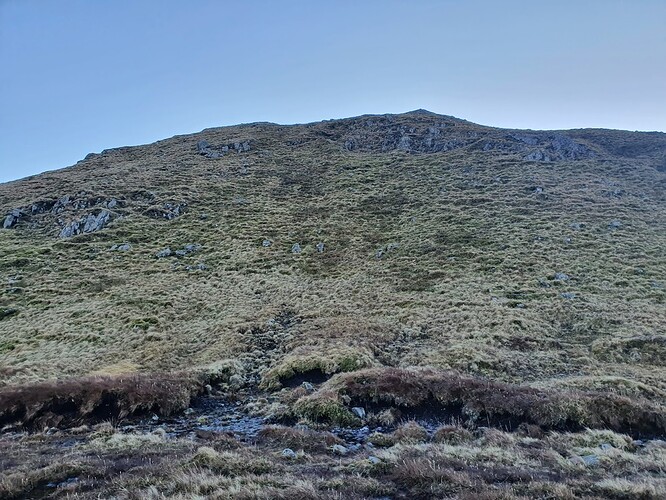 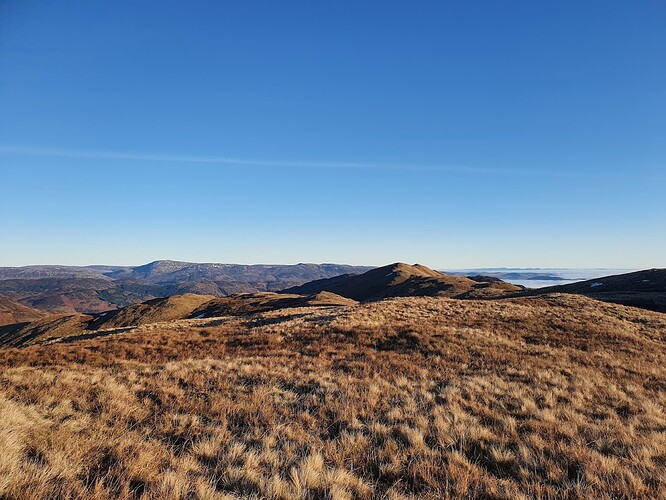 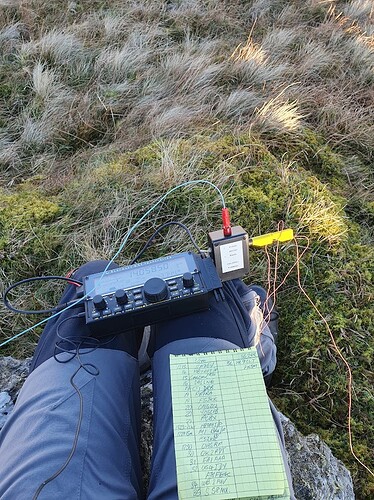 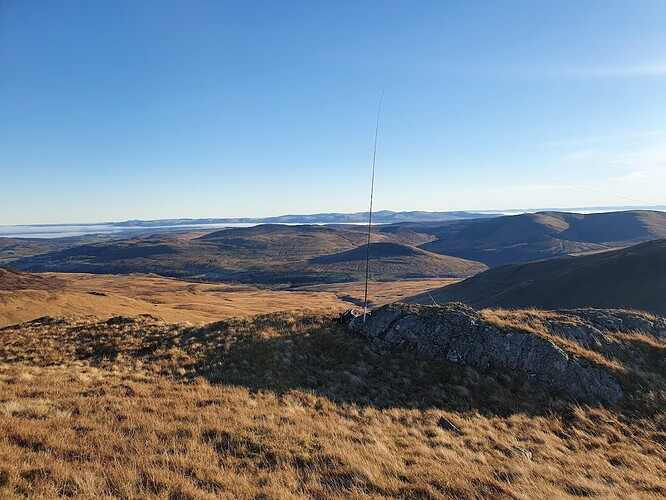 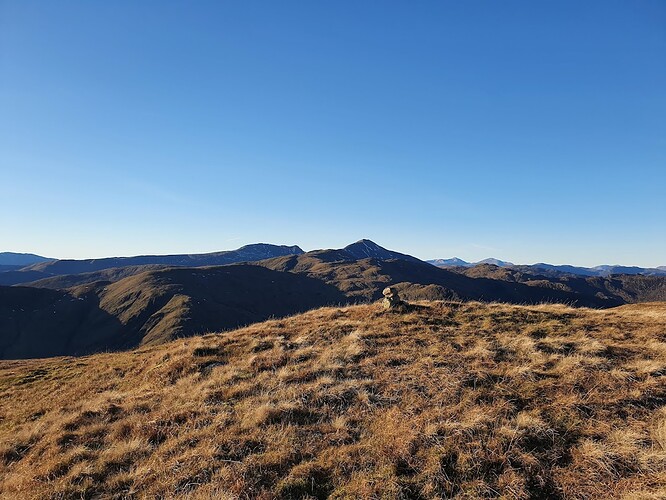 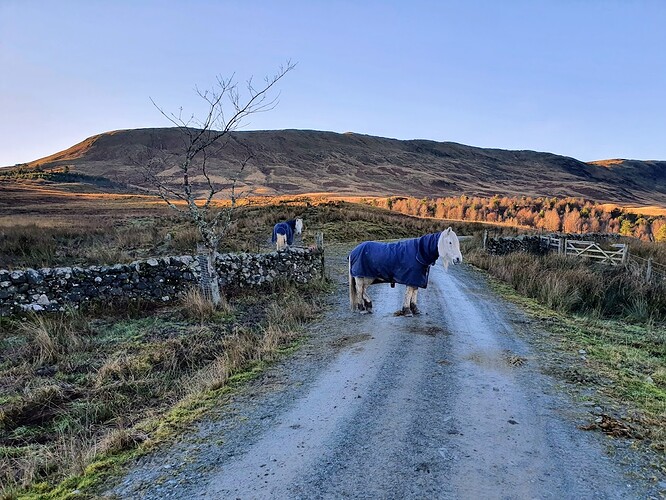 bADqJY279FjIKDoYbfryiizAorVPRgn-LQ_R6AwtKCOUVdB8NLHY3fVcI0wi6bn03u8lmXRB4bgtKVaOWyURymUo9h7jhsEGwHZTvFM6xl3KEm9tSV3SPbRDwKFTQluW0-Jfxzultl0UHoqa2GbrXkLujcd4G6Vo70vkGaL6VHQ6PoKbXRuRuhoOOfynbwTgizCi7QsFX0r_Z2-csSE1273×955 427 KB
Hill Ponies ready for winter, not a common sight now as more estates move away from traditional Garrons to Argo ATVs for transporting deer off the hill. 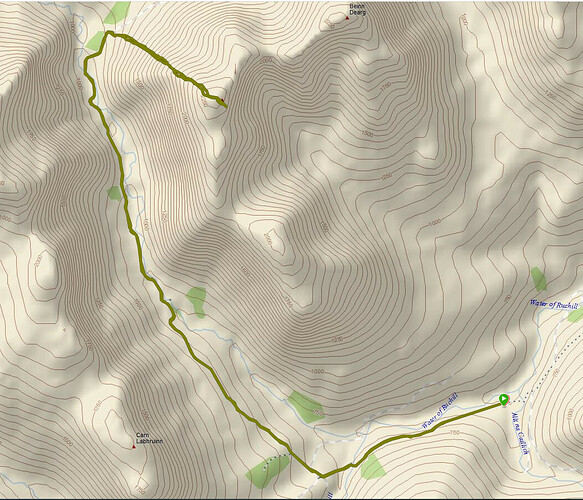 Looks a nice route in apart from the steep bit! What was crossing the burn like? Does it look like it will be easy all year round?

Despite bit of a rubber stamp CW QSO only character I still get a really good feeling when I’ve done an all CW activation. I’d have thought it would have waned a bit bit after 10+ years of CW activations. But no, still get the deep down warm feeling

Many thanks for the report and excellent photos Gavin. I had this on my radar as well when I was considering options for an outing last Friday, but then I realised that my bike was 250 miles south at the main QTH and the temptation to bag two winter bonuses saw me head further east to bag a couple of GM/ES summits.

I am sure Fraser or Simon will activate it before then!

Looks like its more Fraser’s territory than mine; I’m not much of a biker…yet

Looks a nice route in apart from the steep bit! What was crossing the burn like?

Its a good track all the way and nice bridge so no wet feet. No bog either so a good route, provided you don’t mind a cycle! The hill seems steep on all sides with no obvious paths.

You should try walking over the grass, bleedin’ diabolical! Waist length grass and uneven and never seems to stop with bits that have a reputation for being wet. I wasn’t going to bother with the new one but this looks like a doosey.

am sure Fraser or Simon will activate it before then!

I vowed not to go up that track again without my bike! I may do it next year when I can score points on its neighbour Killardoch again.

I even brought a mic for the KX2, in the end I thought better of it and stayed on CW!

Am I the only person who’s heard your voice?

Great to hear it today, a Complete for you?

No, he answered my distressed CQ on 2m FM this summer when my FT-817 wouldn’t TX and it was 26C. I’d climbed up the second hill sweating bullets and gasping and the damn 817 was SNAFU’d. But I worked one QSO so it wasn’t a complete waste and Gavin’s voice was a joy to hear. I went back and faffed with the 817 till it gave in and started working again

Yes, nice to work you today and it was a complete. Hopefully not too manky up there?

Strangely I made about 250 SSB qso’s today as GB60ANT! But that was me feeling guilty at just doing CW & FT8 with the special call. I wont make a habit of it!

I have another day off tomorrow and decided to do GM/ES-088 Creag an Dail Bheag. All the summits further west look worse for fog, seems more patchy in East. I will just do the one summit and spend a bit of time, weather willing. Front light on bike charged just in case!

I have another day off tomorrow and decided to do GM/ES-088 Creag an Dail Bheag.

I was hoping for 2nd place. By the time I get around to it, every Goat and his dog will have been up there!

These are the replacements where the summit has moved a little, a new ref but basically the same old same old. If you think this is bad, wait till you see the scramble for the brand new summits next year

1st December saw some summit changes in GM, one being GM/SS-288

There had been some high winds forecast recently but we had a weather window on the afternoon of 3/1/22 and following MM0GAV (Gavin) bagged the second activation of this resurveyed summit, with some sunshine on the top, although even in the sun it didn’t feel very warm. Cloudy to the south but clear out west. When the cloud was high we could see there had been some fresh snow high on the Glen Lyon Munros (top 250 metres).

We didn’t use mountain bikes and walked in from the southeast as suggested in the SMC guide on The Grahams and Donalds. Park at Glen Artney church and walk back along the road to Dalchruin farm and down to cross the bridge over the river. Follow the track past Dalclathick and the forestry enclosure just above. We crossed the wall at a stile onto the hillside. It was mega wet and boggy underfoot after the recent rain and we couldn’t cross any swollen streams so had to head straight uphill to start. No obvious footpaths to follow until we got up onto the main ridge. We took 2 hours to reach the summit. Gavins cycle route might be the better option as the track looked very well maintained.

The XYL had a good phone signal, with VHF, 20m and 40m QSOs. Good to speak with GM4YMM and GM0AXY who have 100% record chasing the summit!

Nice to be out with no rain though.

Good stuff Colwyn, it was a lovely day yesterday. Unlike today which was rather snowy and windy!

You are correct about the quality of the track I used. You could easily take a road bike up there, its as my picture above with the ponies all the way.

It was mega wet and boggy underfoot after the recent rain and we couldn’t cross any swollen streams so had to head straight uphill to start.

Tell me about it. I did the old summit in a dry summer and I was able to cross the burn but the ground when dry was a killer with waist length dense grass. I could imagine what it was like after the recent long wet spells. That must have been fairly tough. I have to say that knowing there is a bridge at the end of the track makes that and cycling in the way I’ll grab the new summit.

was rather snowy and windy!

I had the winds down around Biggar and Peebles but no snow… well apart from that was already on the ground.

I did the old summit (GM/SS-067) in June 2011 along with a second summit, GM/SS-098 (Mor Bheinn). Interestingly I came in from the A85 to the north, near St Fillans and was able to get within less than 2km from the old summit on a good forestry track, but it looks like it might be double that to the new summit. But that northern route might be an option especially with a mountain bike and the potential of a second activation.

On GM/SS-288 two days ago the waist high grass had been well flattened, but was still rough going. Once we started climbing up the hillside the effort didn’t ease, it just changed from high stepping over the flattened vegetation, to ascending/traversing the steep hillside.

Once we started back down the ridge the good track in Gavin’s description was a visible temptation of an easy return, but although we resisted, Gavin’s route is perhaps the best option.

The route we used might be OK on touring skis with snow cover down to the river?!!! 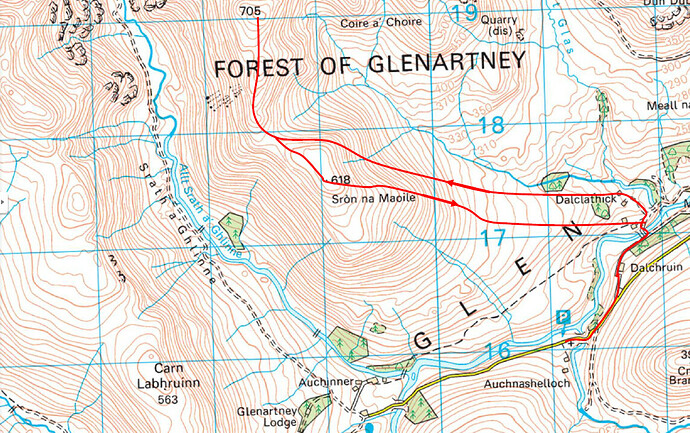