The morning’s weather was much better than forecast and I arrived at the summit in sunshine with not a breath of wind, after a 90 minute ascent through the woods. The 360 deg views were tremendous and Lochnagar looked very impressive. About the only sound to be heard was red deer calling. Had the top to myself all day, apart from a brief visit by 2 folk with a dog just before my first QSO. About to send a spot SMS, I discovered I had no phone signal where I had set up on the south side of the hill. AArgh! Had to scamper up higher to pick up a signal from the local mast in Ballater to the north every time I needed to send a spot or update the Sotawatch page. Lost the sun about 1pm local time and it started to get cooler with a bit of a breeze.
Bands were pretty much the same as last week, only with the WAG contest instead of SAC taking up a lot of space. Not a whisper on 2m. There were a few signals on 6m but everything died just after I started calling - I heard Steve, MM0XPZ, give me a call but we couldn’t complete.
Ended the day with 59 contacts, the majority on 20m. TF3Y was a new country on 40m and best DX on 20m was N6WT in central California who was 59 with me and a nice surprise (checking on QRZ, he has a big bucks antenna). 9 S2S including two in Greece.
With the weather finally threatening to turn damp, I started packing up at 4pm local and got back to the car a little later than planned at 6.30pm, having zigged on the path down when I should have zagged - poor phone signal meant Google maps was unreliable. Next time I will take a paper map! 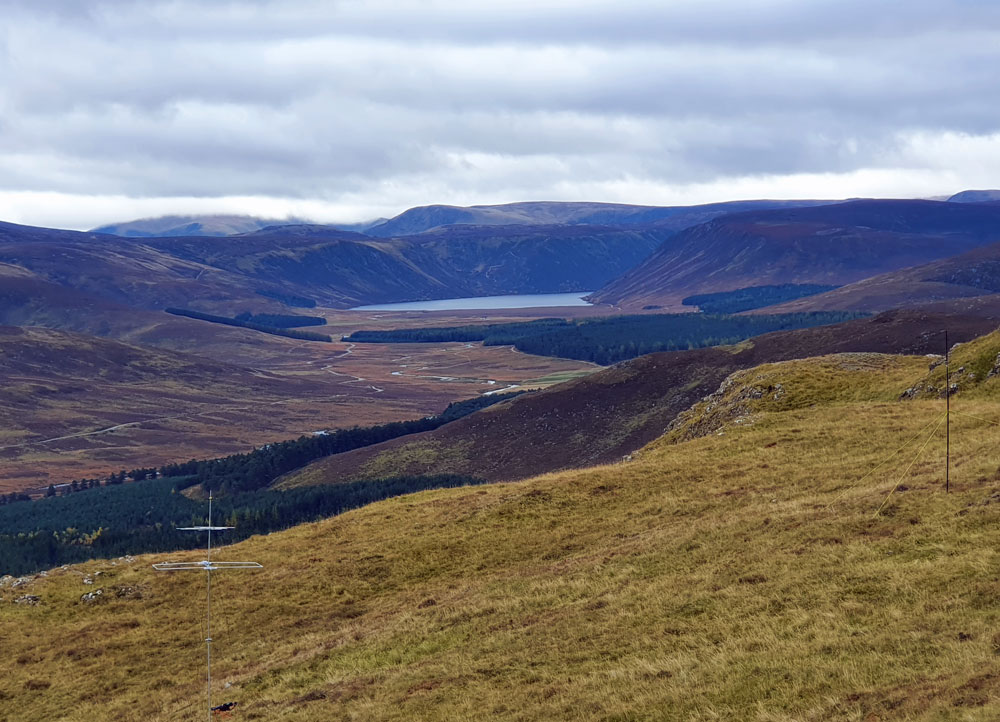 It’s a grand wee summit. Did you find Charlie’s House?

But I did activating that summit last winter.! Charlies house is relatively unremarkable, but the security arrangements are not - assuming I’d got the right house!.

Do you mean the small cabin just inside the woods at the top with a table and chairs?

Agree - shocking! My XYL gave me grief about that too.

Do you mean the small cabin

I think that’s it… I was meant to pass it on my return but went back the same route I ascended by so I missed it in the end.

Agree - shocking! My XYL gave me grief about that too.

I should damn well think so too! If you aren’t going to use a proper GPS, get an app and download the maps ready. You get a Brucie-Bonus for carrying a paper map partly because it works when the phone is all fritzed up and partly because you can write your log on the back of it when you forget your log book/pad.

A great report despite the banter… Looks a bit far for a day trip from south of the border.

It’s a lovely hill. You should add it to your list of ES summits along with Meal Alvie, Craigendaroch etc. Stay in Braemar or Ballater.

There is also the shepherd’s bothy at (about) NO322918 - hard to see, looks like a pile of stones.
Worth visiting (if only for the messages inside) and does offer shelter whereas the two buildings are inaccessible

Stay in Braemar or Ballater.

Under the current circumstances I was thinking that an overnighter in the car might be more appropriate. Thanks for the suggestions. i’ll certainly add them to my list for 2021.

FYI My route up was pretty much the same as that shown in the following Walkhighlands report: https://www.walkhighlands.co.uk/Forum/viewtopic.php?f=9&t=89791
Limited parking is available at the start point, which must be approached by the road to the west of the river, as the link to the Glen Muick road was washed away in the great flood of 2015. Then its a short walk up the road with the “No Entry for Unauthorised vehicles” sign, over a cattle grid and then take the landrover track on the right. The estate has invested recently in a lot of new deer fences so trying off-piste shortcuts through the woods, as some of the older Walkhighlkands reports do, is not recommended.

Regarding maps, I cannot recommend higher the Ordnance Survey OSMaps app for smartphones. It has full GB coverage of 1:25,000 scale Explorer mapping. The detail for hill walking is perfect and you can download areas of mapping to internal phone storage prior to heading out to areas with little or no 3G/4G coverage.
OSMaps is a subscription service. I think it is excellent value. Take a look yourselves. Available in the usual Apps stores.
BTW, when you subscribe, you also have access and use to the Ordnance Survey web version, which is really useful, especially with working out walking routes. The larger screen of a PC / laptop making the task easier.

OSMaps is a subscription service.

At least some of the paper OS maps come with a code that allows you to use a downloaded offline version in your smartphone/tablet, which I find is best of both worlds, in that I have paper to spread on the table and pore over, and a copy in my phone that will work even when I don’t have mobile coverage.

Went back up yesterday, just with my camera gear. Found the little bothy, which is on the flank of the smaller hill (Meall Dubh) to the north. Room for about 2 and there was a plastic box with some emergency goodies inside. 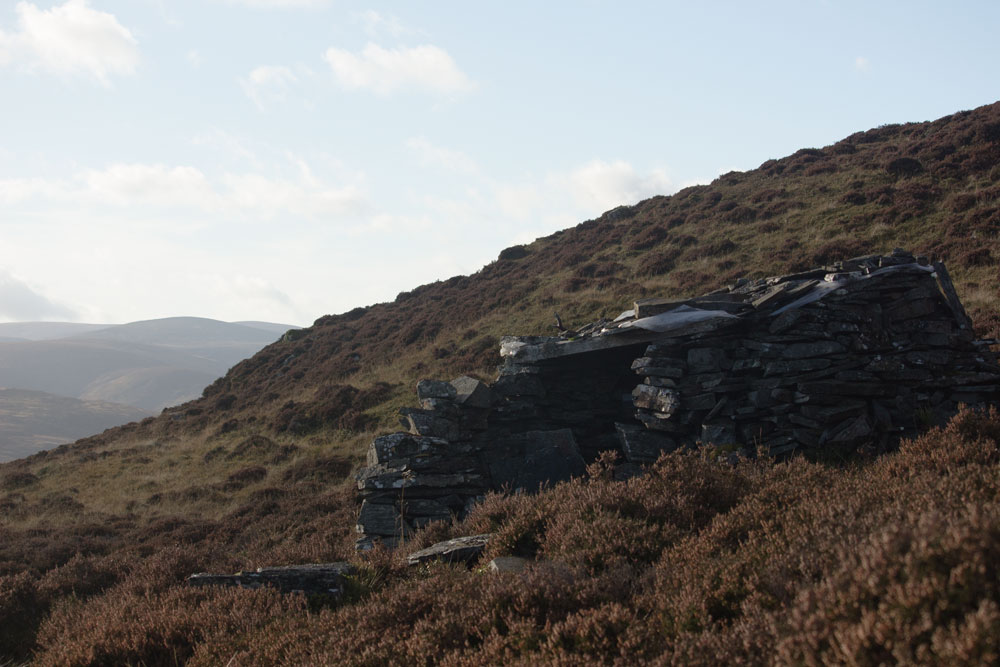