Quick report of yesterday’s SOTA activations: After failing to complete my route last week and only managing to activate ‘Tryfan’ due to the awful wx, I was determined to finish it off this weekend!! So, me and the XYL (Martha) left home at 7am (Sat 8th Jan 2022) on the dot aiming to park up somewhere close to Llyn Ogwen in between the North Wales mountains. Due to the torrential rain, we found quite a lot of free parking spaces

a very good friend of mine, Mr Aled MW0UPH followed me from Blaenau Ffestiniog and picked Martha and myself up, taking us to the start of our first summit ‘Elidir Fawr’ GW/NW-005 - thank you very much Al. We approached this summit from Marchlyn Mawr side, walking up a tarmac track at the beginning for a mile or so. I must admit, and Aled will vouch for me, it was blowing a gale and torrential rain was hitting us from every angle! We reached the reservoir pumping station half way up and took cover for 15 mins to dry out and have a few sarnies, then off to go again. Reached the Cairn on top of Elidir Fawr where the heavens had stopped pouring and we saw a quick glimpse of the sun

out came the FT-65 handy and I quickly attached the slim-g to the 4m tele pole. Put a call out on S20 and QSY’d to 145.525 which was free. Managed 15 itl with one being a S2S station (EI4JY/P, Alex). Put a final call out and packed up. Time to trek over to the next summit ‘Y Garn’ GW/NW-004. This was a new path for me which I really enjoyed walking the ridge way, and the wx was on our side until we hit the last steep climb to Y Garn. The wind began to roar again with very little visibility due to mist in the air. It was a head down moment and plod on! We reached the top and headed towards the Cairn. As we approached, I could see a strange thing hanging out from a distance, but when I got closer… it was only Richie Owens

MW7RJO/P. He was doing a fine job working stations, so I shared the mic with Richie for 15 mins, had a quick sarnie, and headed to our final summit of the day ‘Glyder Fawr’ GW/NW-003. The descent down from Y Garn was quite straightforward, but the ascent up the scree to the Glyders was dreadful. We had at least 2 foot of snow to plough though and what didn’t make it easy was the vertical climb

we took our time having to pause a few times, but did reach the top in the end. I decided to set up North side of Glyder Fawr rocks as the wind was blowing and the air was getting extremely cold. I was also thinking of Martha just sitting there in damp clothing, so I wanted to activate as quickly as possible. Put a call out on S20 and again QSY’d to 145.525 managing to work 14 stations itl with one being a S2S (EI4JY/P, Alex). I found conditions to be strange on this summit, I was hearing stations on a 5/7 and they would just fade out, maybe there was a lift on 2m. I don’t think it was my set up because I called Allan GW4VPX a couple of times to see if the signal strength was still there. Very odd, so apologies to the stations that tried to work me, I did hear you briefly but we didn’t manage to make the full contact

I put a final CQ SOTA call out, nothing was heard, so we made for our descent. Ploughing through the snow going down Glyder Fawr scree was harder than coming up, but we made it safely and took devils kitchen on the way back to the car, that was an eye opener yesterday! Met up with Richie who had a coffee waiting for us - thanks buddy

I’d like to say thank you to the S2S station, Alex, it was good to work you from both summits! I’d also like to say a massive thank you to all chasers, great support as per normal! Apologies to any stations I missed or couldn’t hear, I always try and work everyone. And, thank you to anyone who spotted me - much appreciated! Please find some images below I’d like to share with you. Until next time, take care and 73. GW4BML/P. Ben 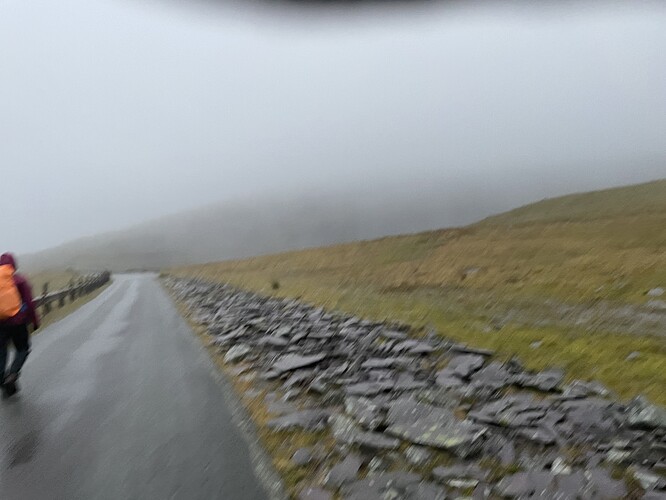 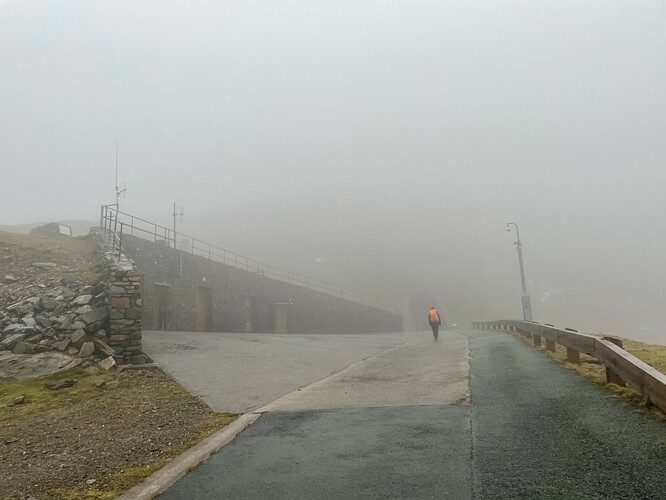 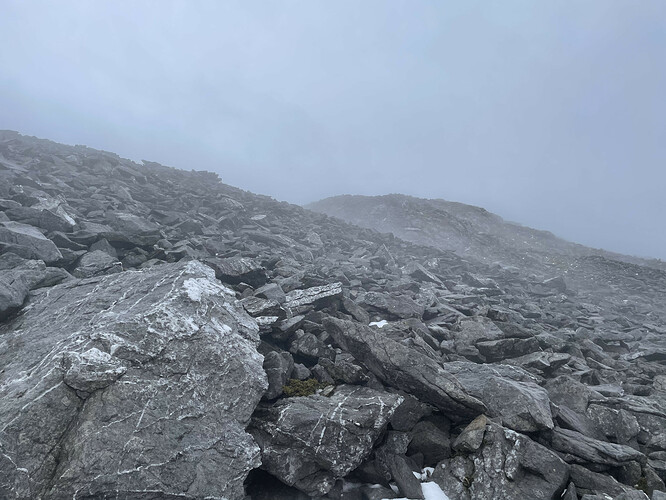 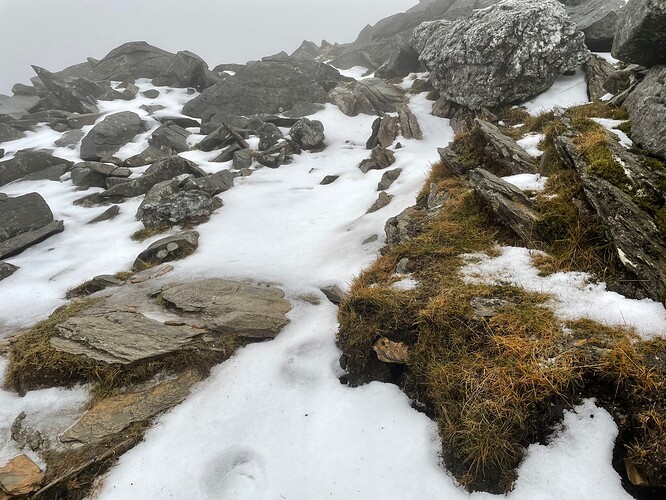 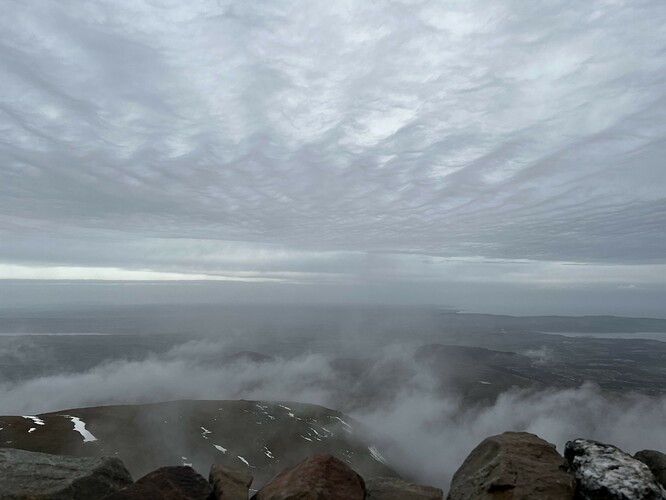 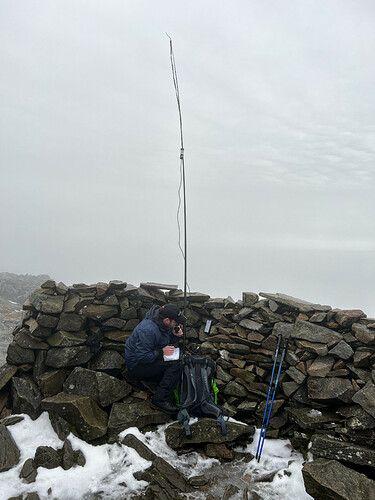 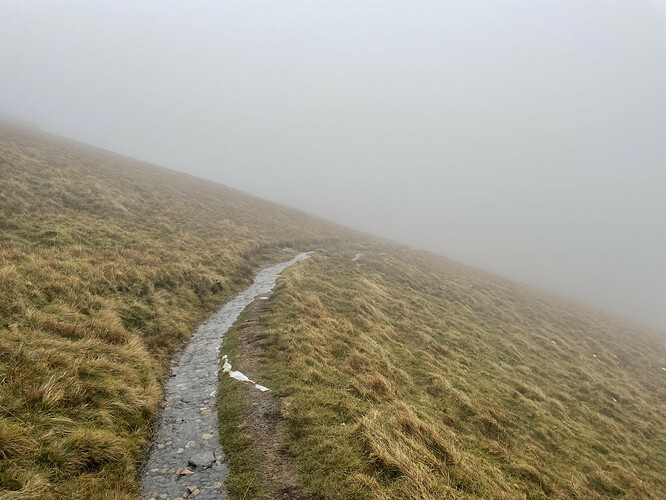 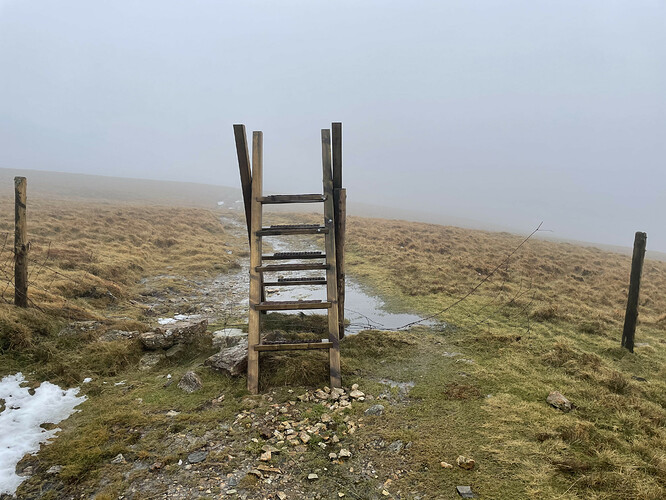 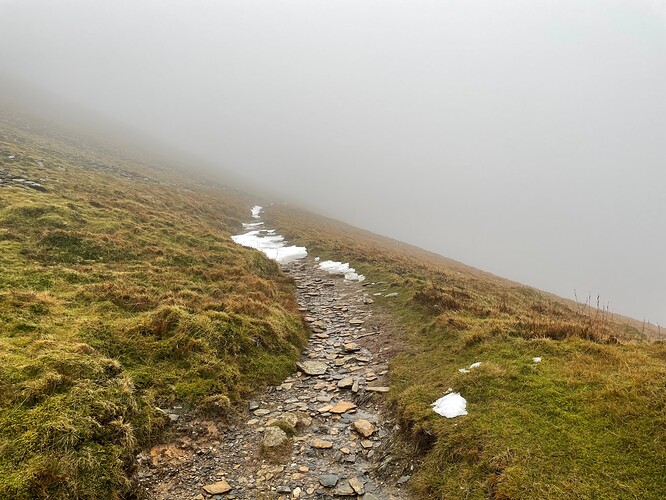 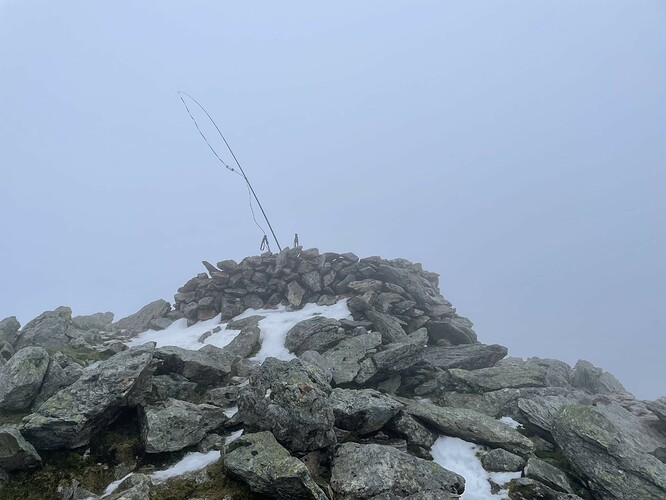 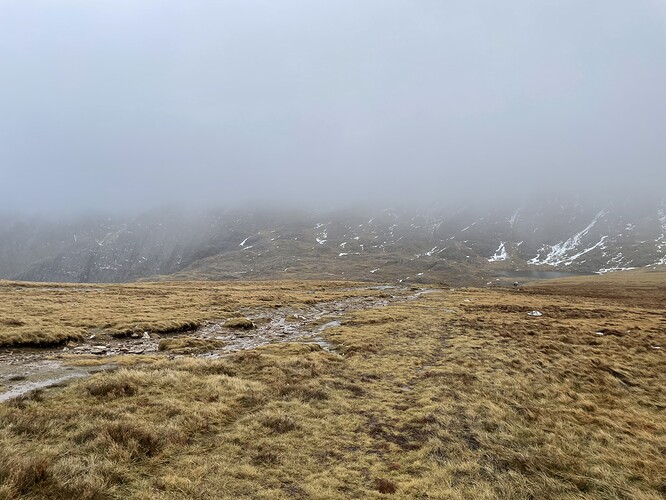 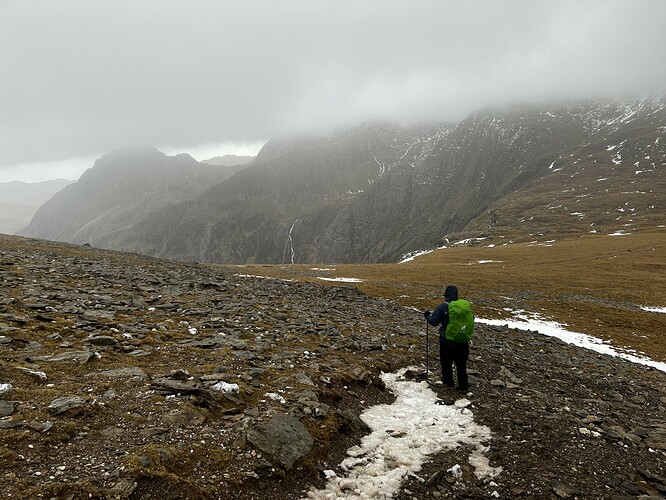 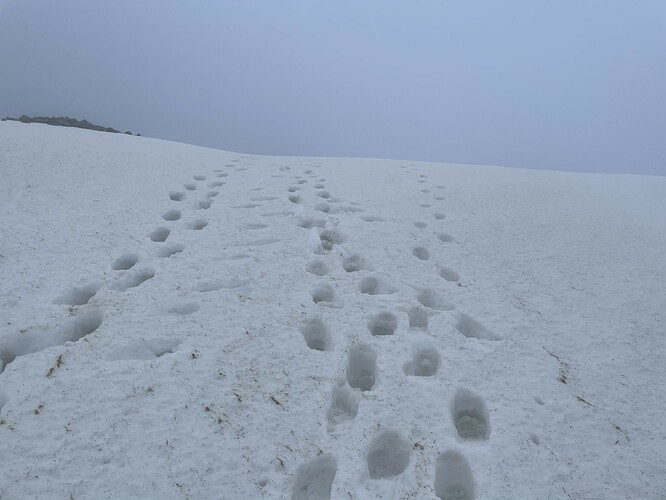 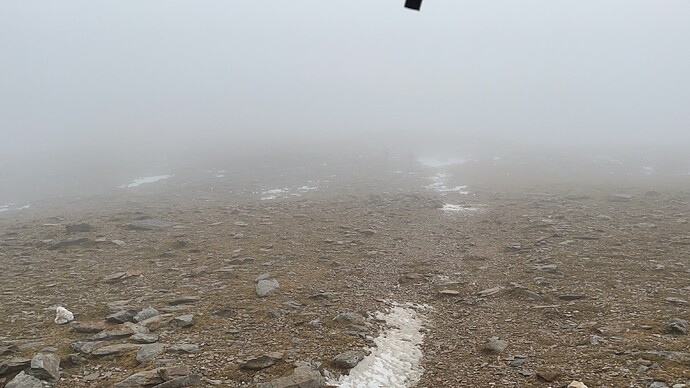 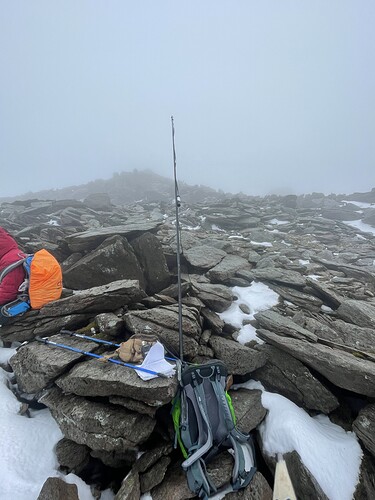 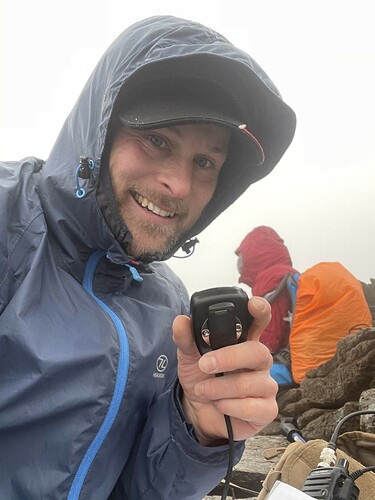 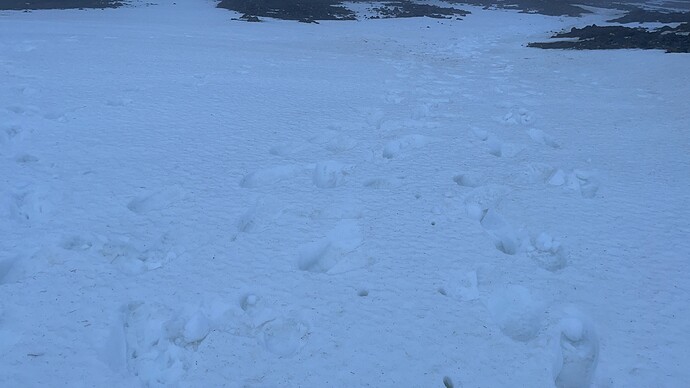 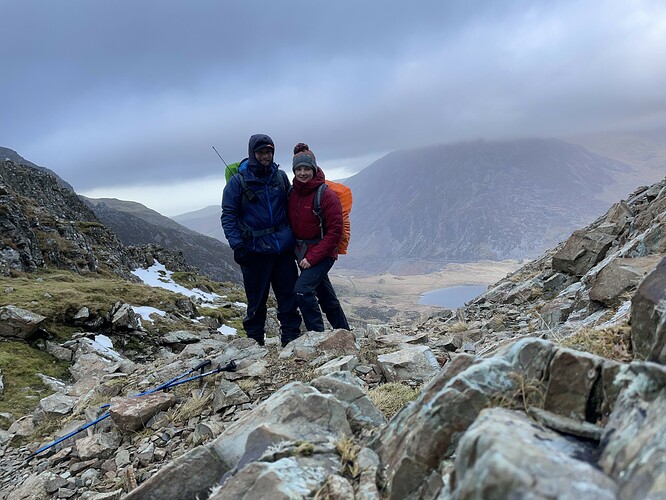 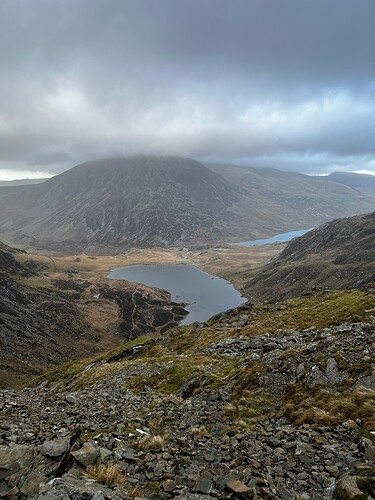 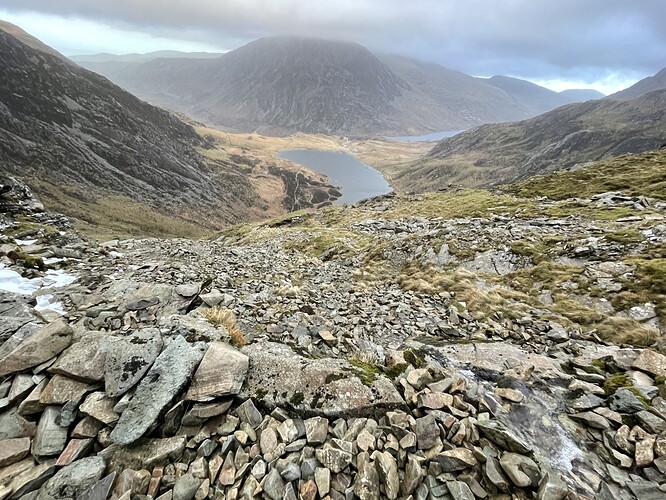 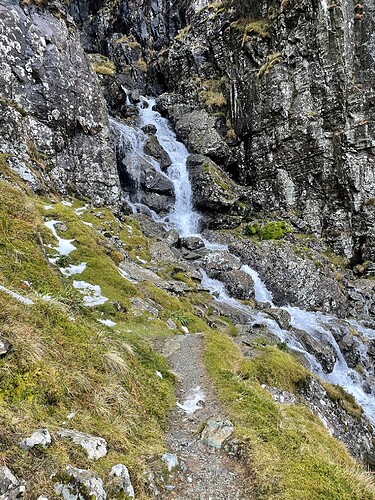 Great report and photos as always. Thanks for the contact on all three. It was also great to get Richie MW0RJO on Y Garn as well.

Looks a bit bleak and cold there Ben. Thanks to you and Richie for the contact, sounded well.
Best 73 to you both

Great report, still can’t believe you left me to freeze with the pile up! lol Cheers Rich 73

Beautiful weather, indeed. Thanks for report and pictures.

Hi Allan, thank you very much! Was really good to get you itl on all 3 summits. Look forward to the next time. 73, GW4BML. Ben

Hi Allen, the wx wasn’t the best, but it was manageable. Thank you very much for calling in, look forward to the next time. Take care and 73. GW4BML. Ben

Hi Richie, cheers buddy. Hahaa, you were doing a fine job. Keep up the good work

Hi Ludwig, many thanks for the kind words. The wx wasn’t too bad, nice to see the sun at one point! Take care and 73, GW4BML. Ben