Merry Christmas to everyone involved in SOTA.

For my part, I have a heavy cold, with my medication I can’t drink, the alternator on the car just failed and the local garages are closed until the New Year, but I will still have a great Christmas with the family! Enjoy it, everyone!

with my medication I can’t drink

Sorry to hear that Brian, I hope you do have a good Christmas even though you are unable to drink due to your medication. I hope you manage to get your car sorted soon after the New Year.

Merry Xmas and a safe and happy new year to all in sota and to all the activators many thanks for all the activation’s in 2019 and hope to hear you all in 2020.
73 Don G0RQL.

Thank you for the wishes. I wish everyone a Merry Christmas and all the best for 2020(especially a peaceful year).
Many thanks to all chasers!
Best regards
Paul DL6FBK

Thanks for your wishes!

Merry Christmas and a happy new year with much happiness, success and health to all (especially to Jimmy). 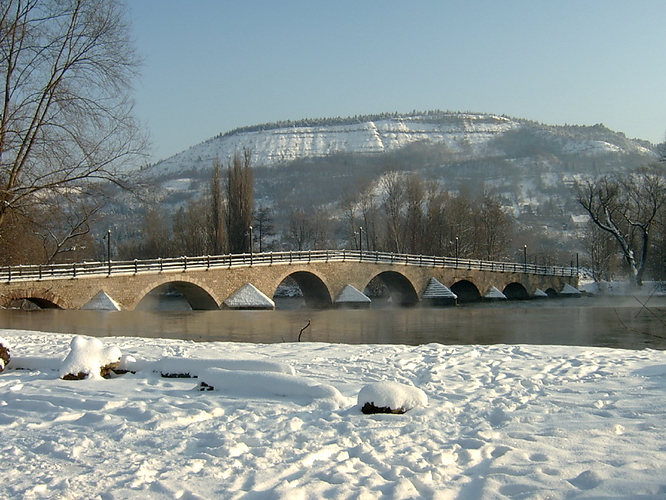 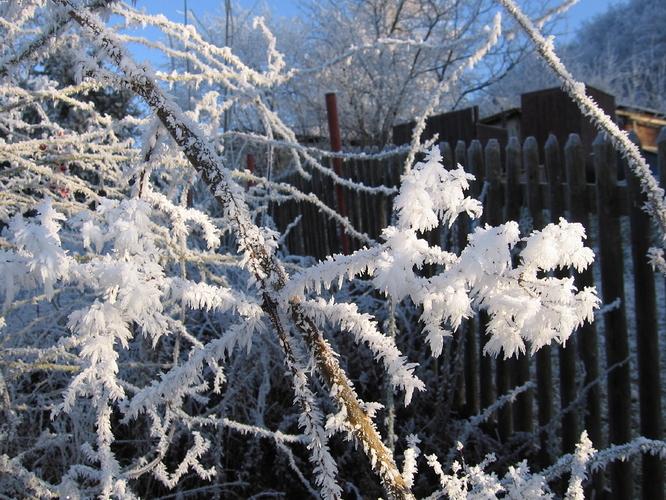 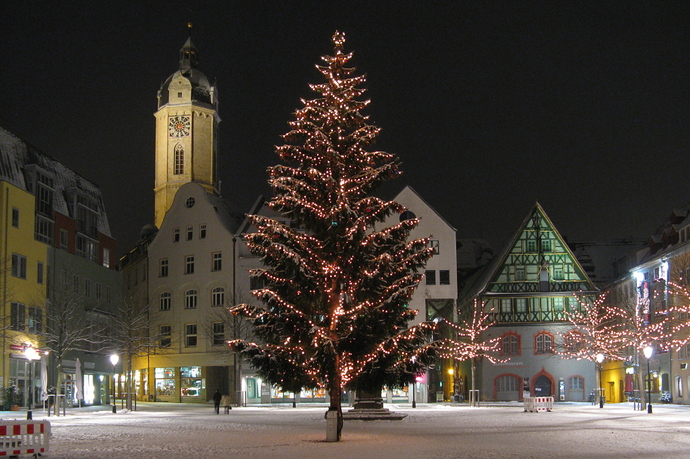 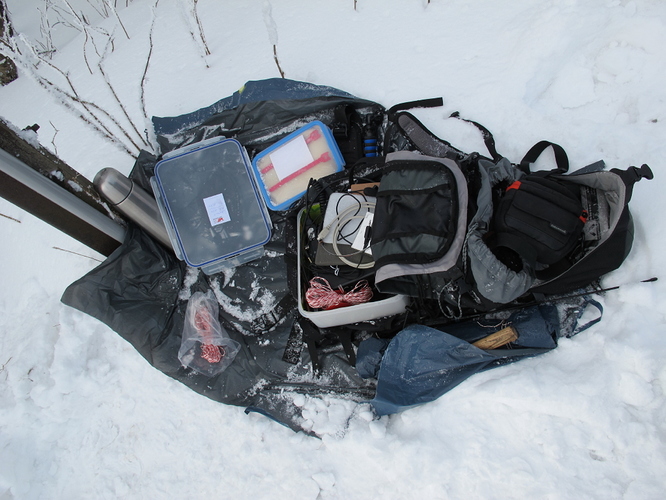 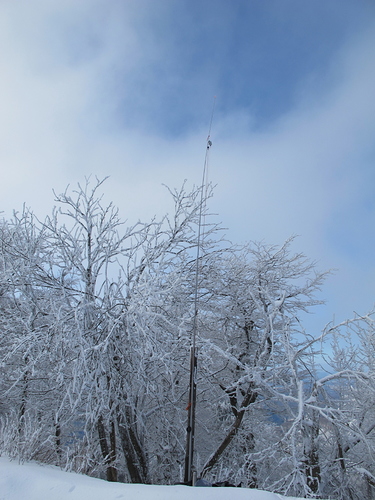 (The pictures are from former years. Sorry, no snow here.)

Merry Christmas and Happy New Year 2020 to all.

No snow here, it’s a beautiful sunny day but there are icy patches on the roads and frost on the grass.

with my medication I can’t drink

Shame. We’ve just started on the home made Clementine Vodka and Prosecco cocktails. Stunningly good but most definitely in the rocket fuel class.

The bearings went on the alternator in the pickup last year… a re-manufactured one plus the old one in exchange along with a new serpentine belt and fitting was £350. (only 1/2 hour labour). Ow!

Seasons Greetings to all, and especially all those chasers which we all rely on. 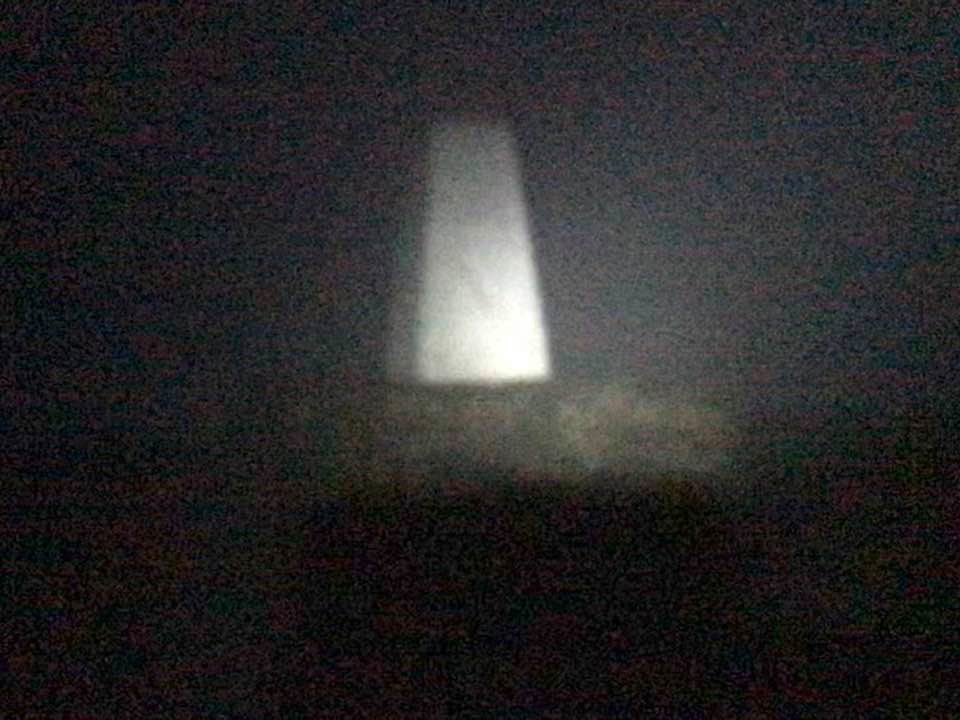 I started my Christmas Day as I do every year with a 5am alarm. A couple of coffees later and I was driving to The Cloud G/SP-015. I set up my “monster” 30m vertical with groundplane antenna and had the summit to myself - initially. You’re never alone for long on Cloud summit, any time of day, any date in the year, and by the time I’d descended, I must have exchanged festive greetings with around 30 people! 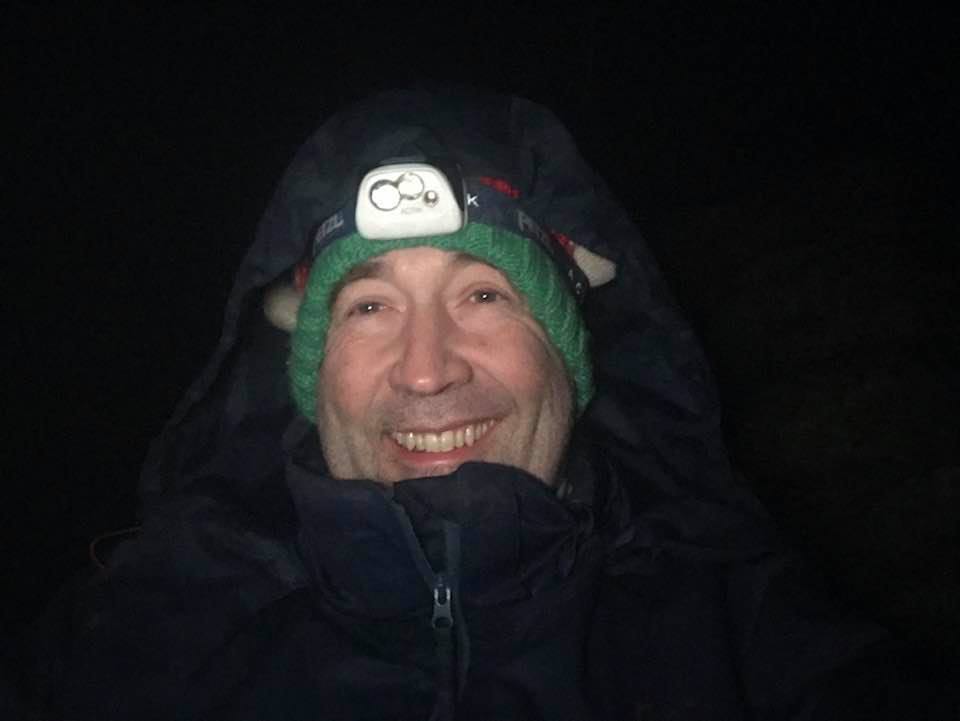 I kicked off with three QSOs on 30m FT8. The third of these was Damian (Damo) 2E0TXE in the very nearby town of Congleton, and he used his free text message to say “SEE YOU ON FM”. When no replies were received to my next CQ call on 30m FT8, I picked up the handheld and gave Damo a shout - and worked him on 2m FM. 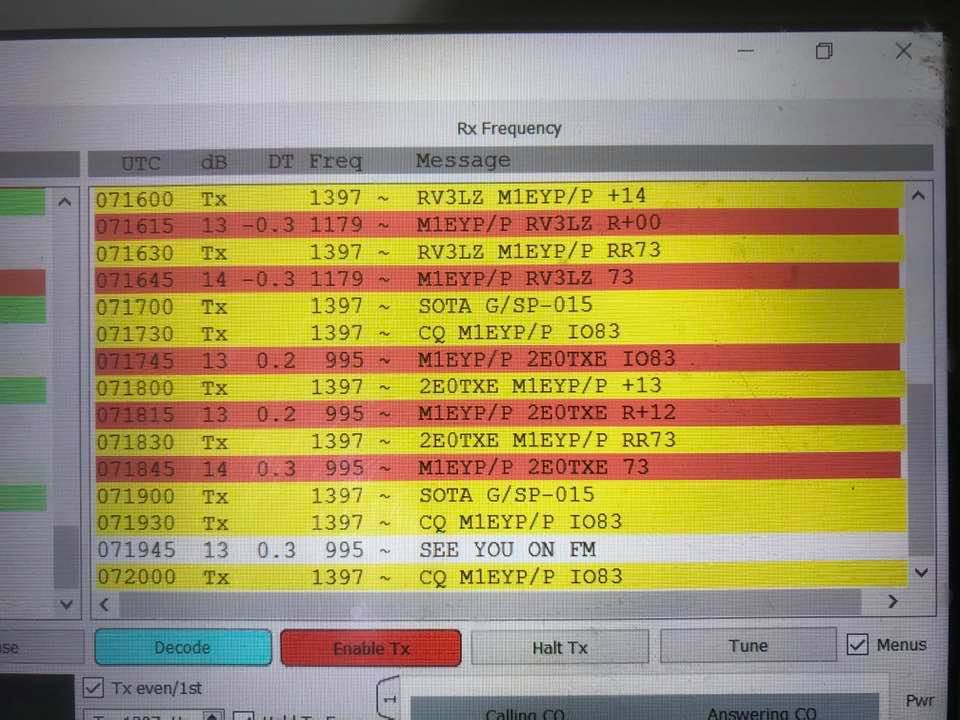 Despite the fact I was sitting on the ground hunkered down beneath the topograph, and only using a handheld with rubber duck, and despite it being before 8am on Christmas Day morning, three more stations quickly followed Damian into the logbook on 2m FM. 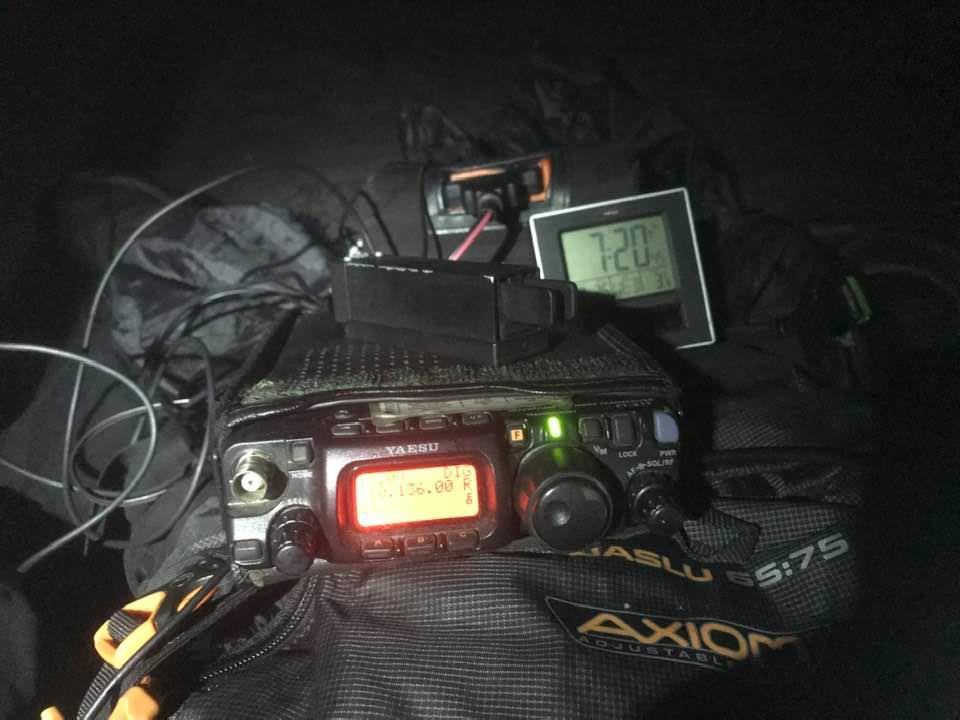 Back on 30m FT8, 11 more contacts were added, the highlights of which were T77BL (San Marino) and JA1NCZ (Japan). I was now running well behind schedule as I wanted to activate a second summit before returning home to inspect the overnight deliveries, but I didn’t want to pack up without giving CW an airing. This added seven further QSOs, mostly well-known SOTA chasers. 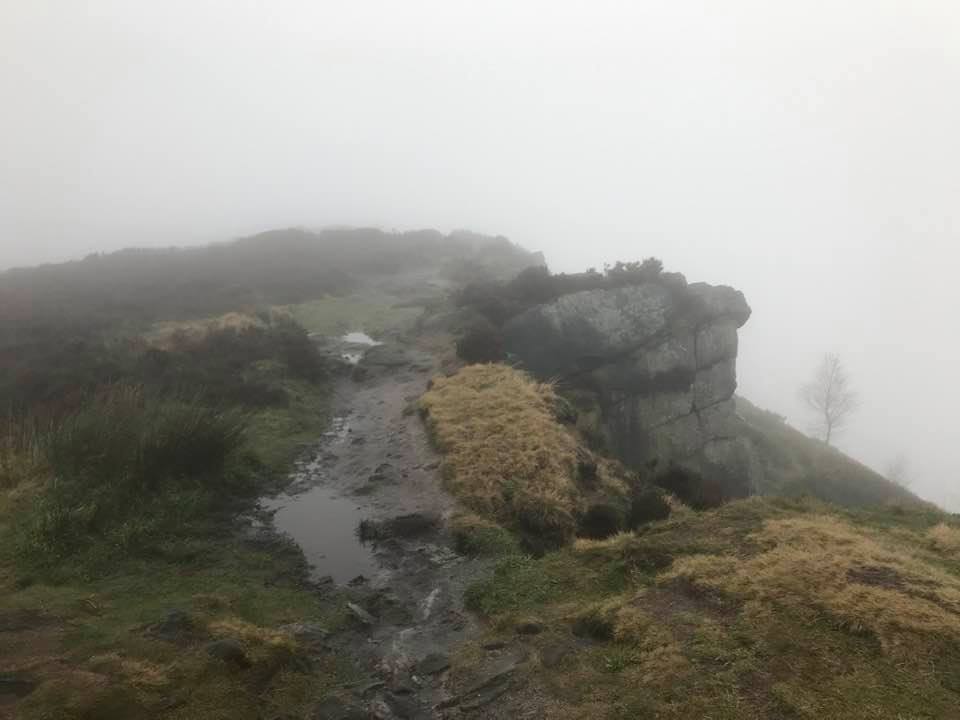 As ever, after packing away I called on the 2m FM handheld before leaving the summit, and three more stations were worked, 2m FM really is alive and well! 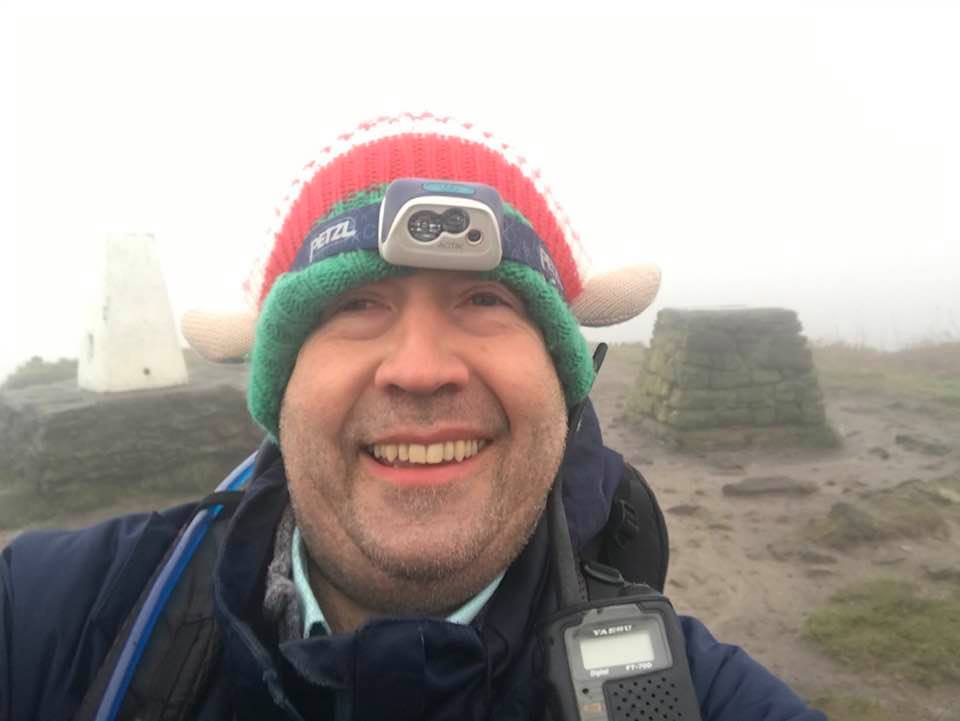 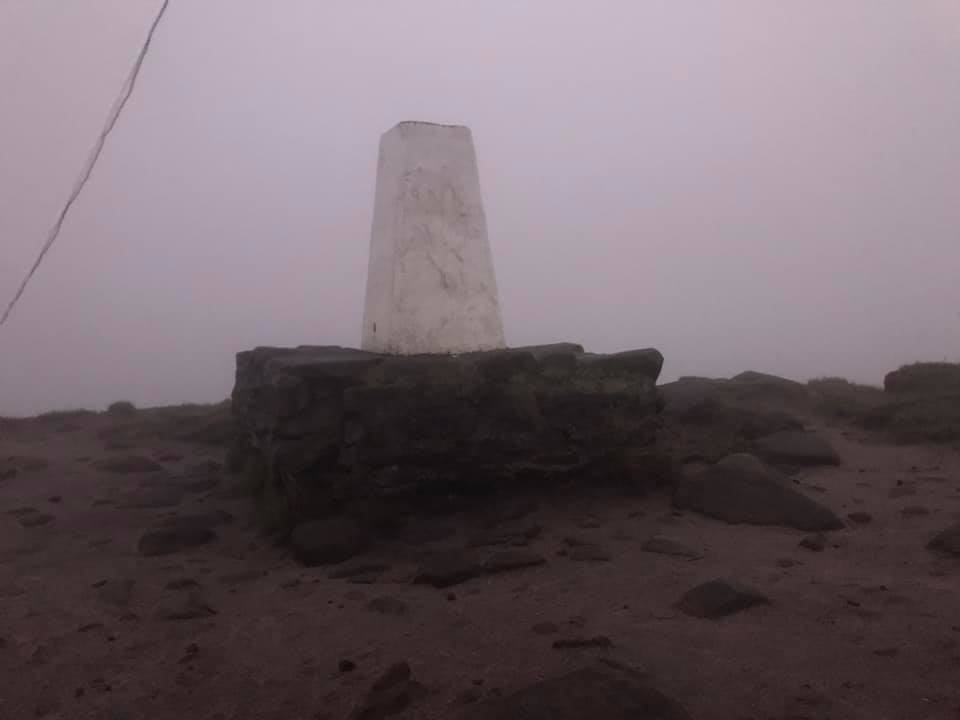 I then nipped across to Gun G/SP-013 in an attempt to offset a bit more of the coming afternoon’s calorie intake, expected to be considerable. A surprising, and indeed pleasing six contacts were recorded, just on the 2m FM handheld with rubber duck. All at around 10am Christmas Day morning.

I arrived home just as Marianne was getting up, though it would be a further hour before Liam surfaced, and another hour after that until M0HGY made an appearance. They’d all had their Christmas Day lie-in, while I’d had my Christmas Day SOTA. Everyone was happy!

Happy Christmas to all chasers, activators and their families.

You must be well on your way to a SOTA DXCC!

Fine, we have not only no snow, we have also not no rain.