Some pictures from the first activation of this relatively easy summit on the island of Fuerteventura.

The track in from Pajara. You follow this for about 2.5km. 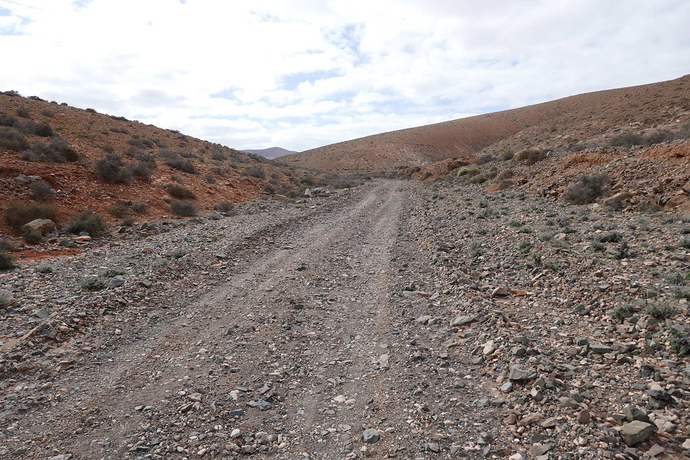 First view of the summit as the track starts climbing. 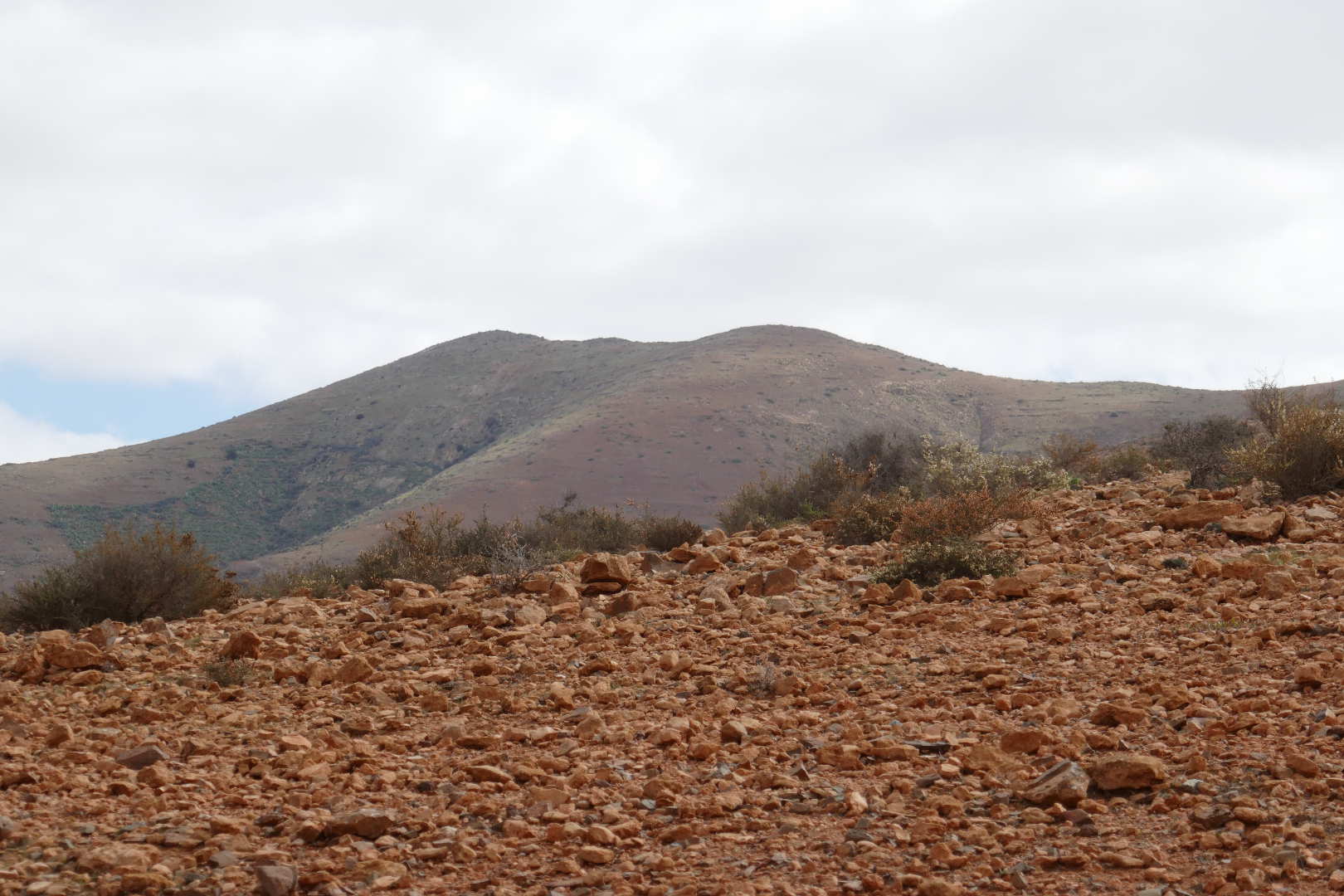 Not a bad place to be buried, a good view. 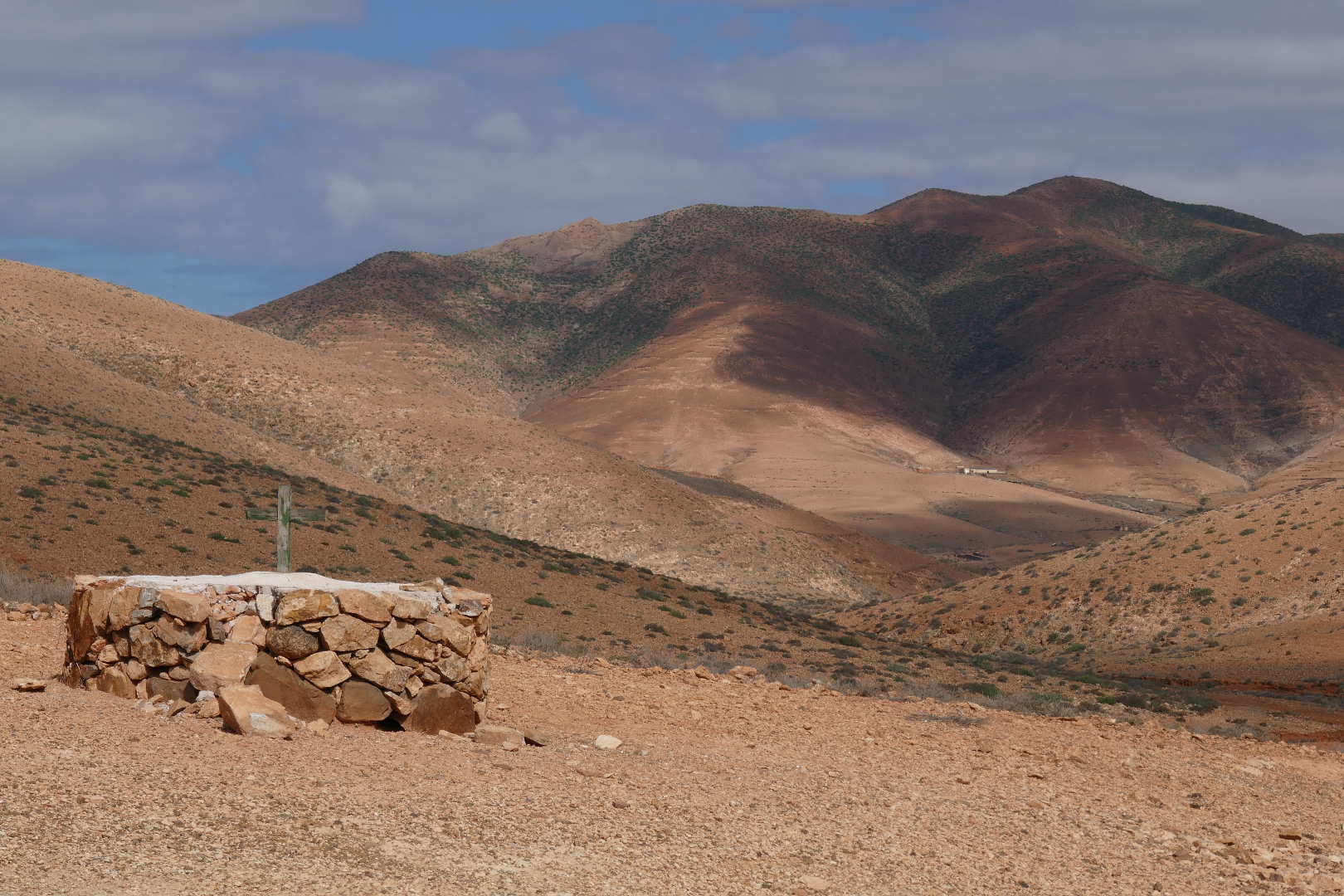 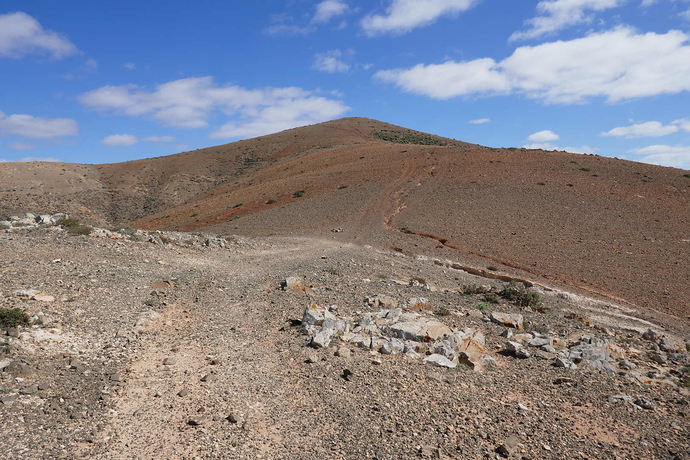 The ridge to the summit. No real path here but easy terrain. A fence appears later. 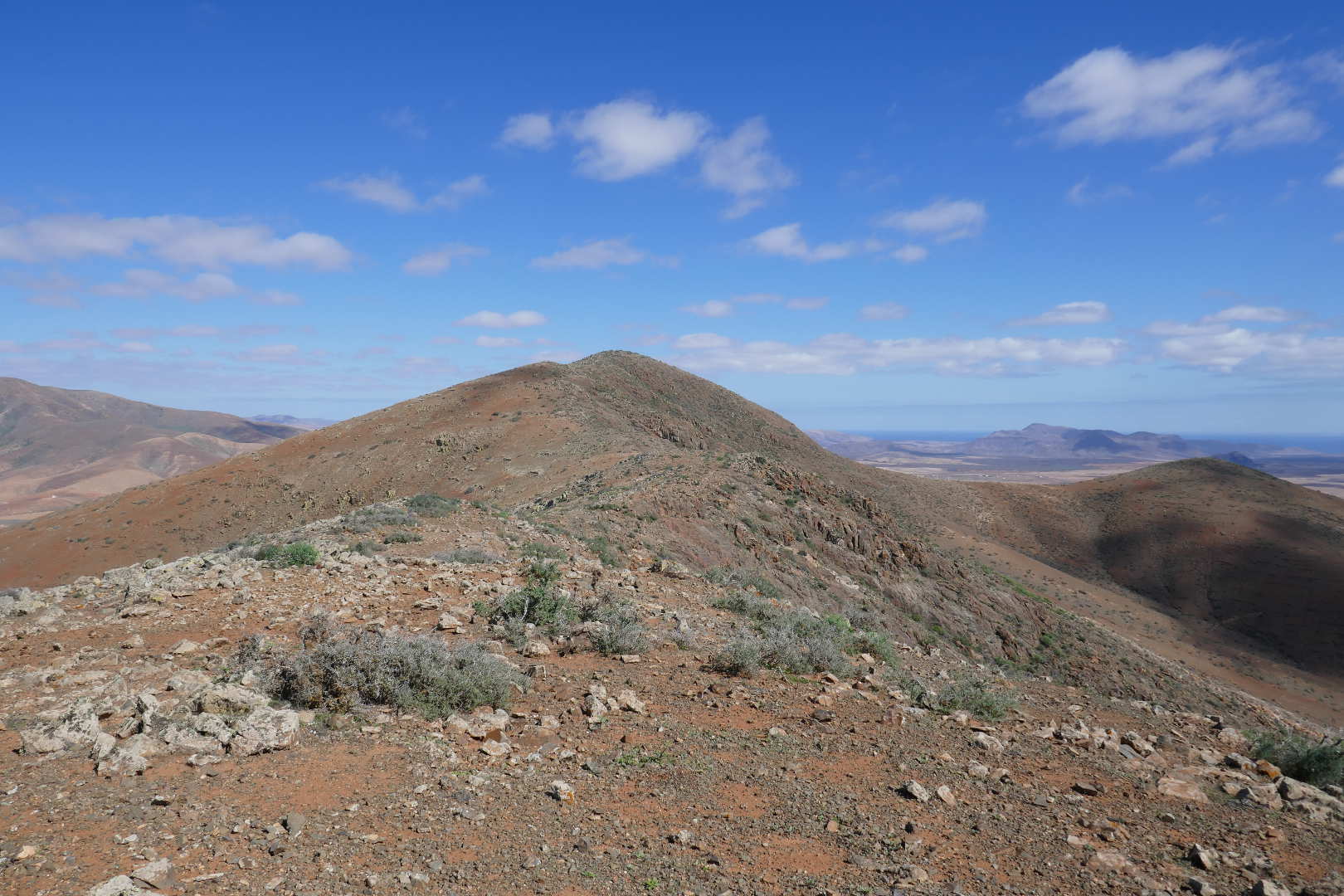 Looking SE towards Morocco and Western Sahara, 100km beyond the coastal mountains. 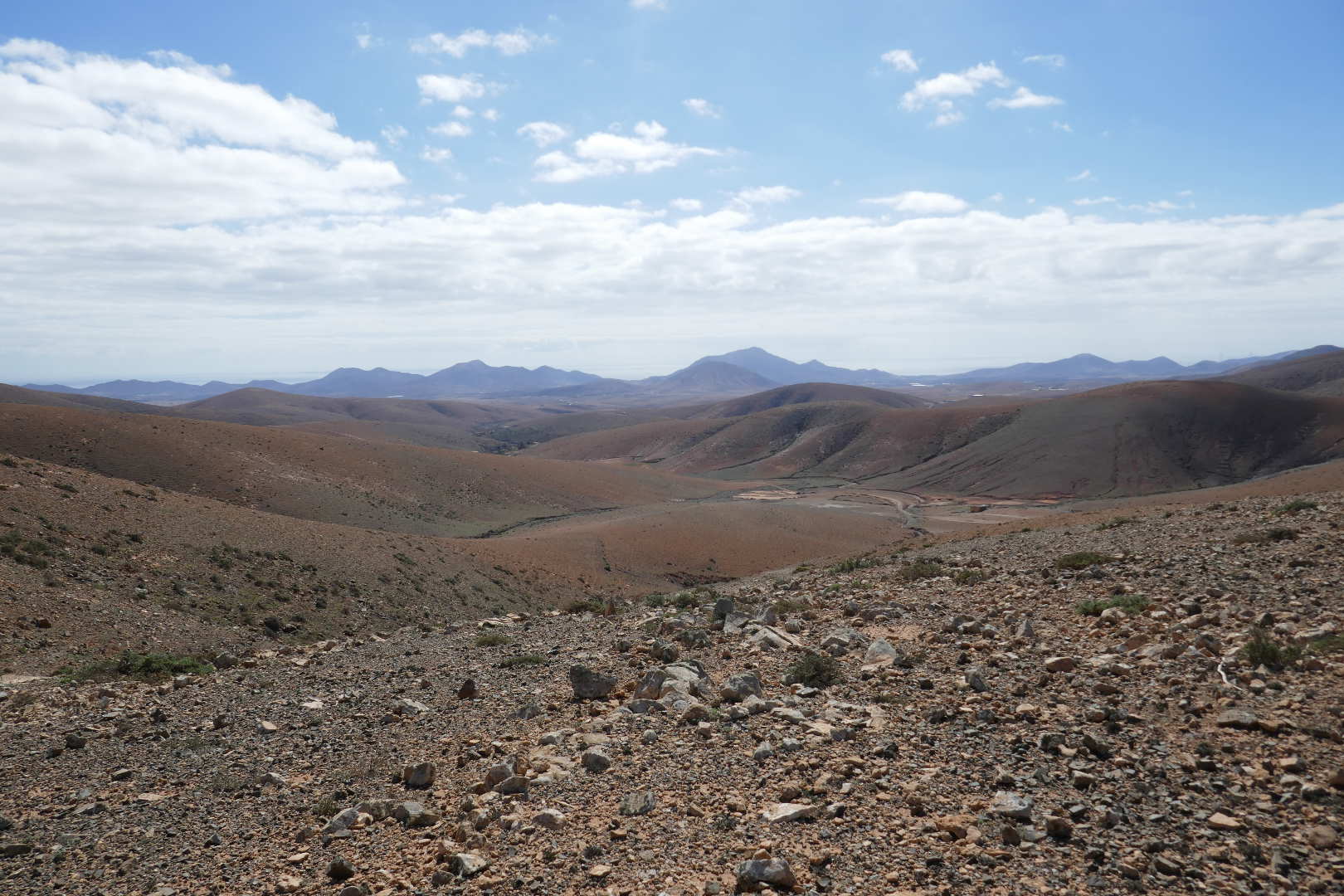 A moderate climb ahead. 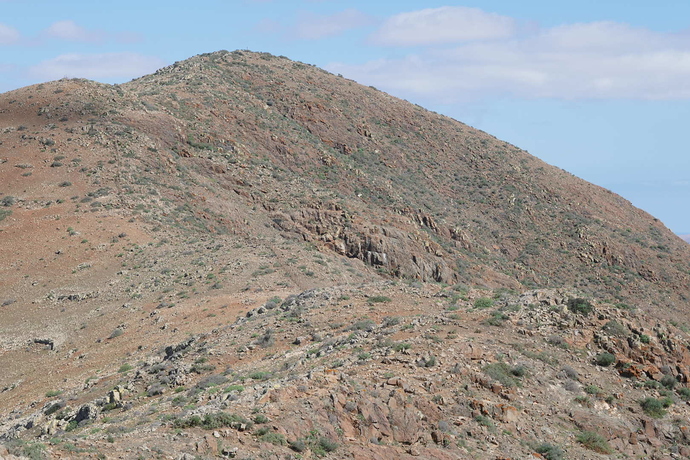 Another view SE from the actual summit. Applied more suncream then setup the station. 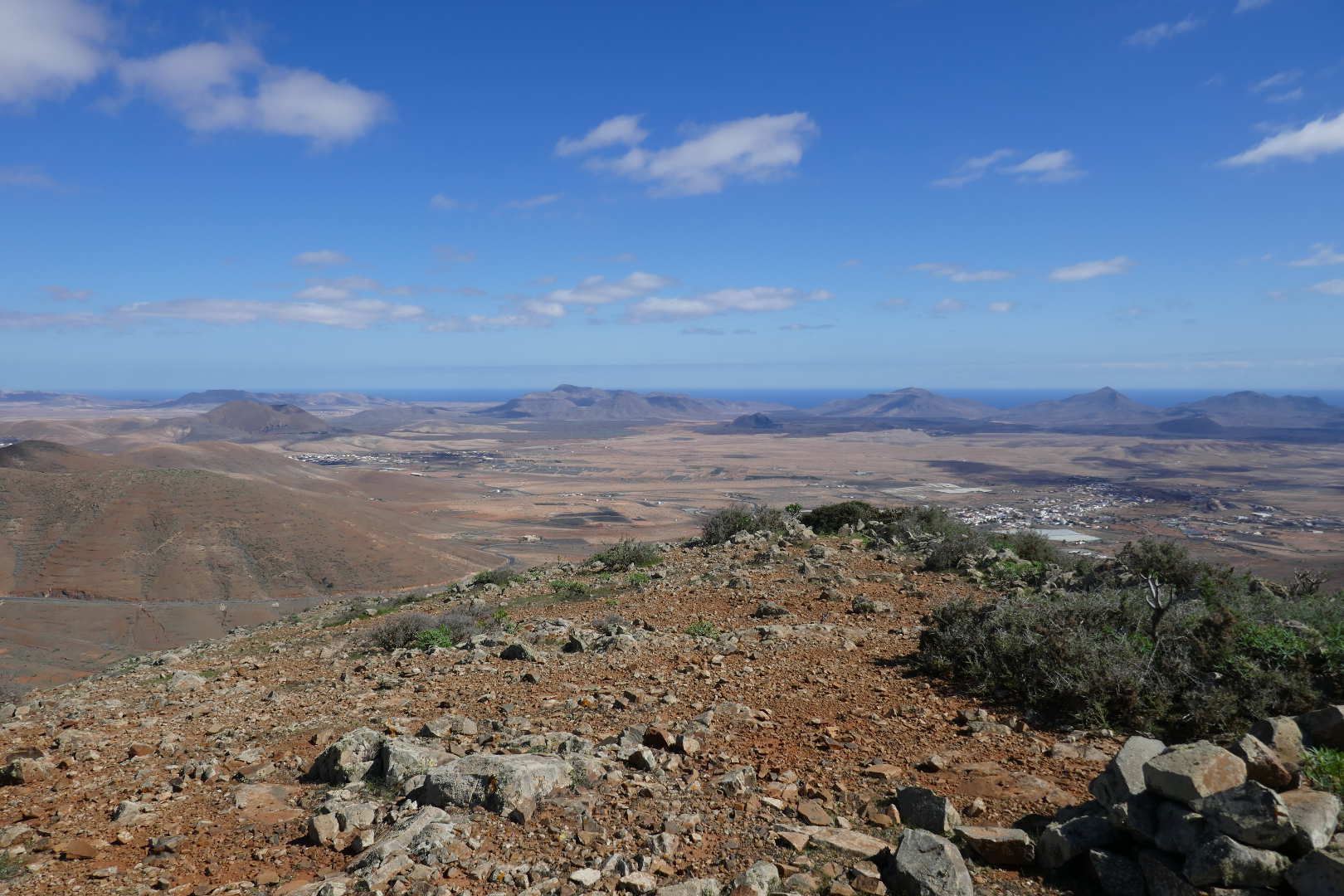 Panoramas including the trig point.

Antenna for the activation. Link dipole set for 20m on 5m travel pole. 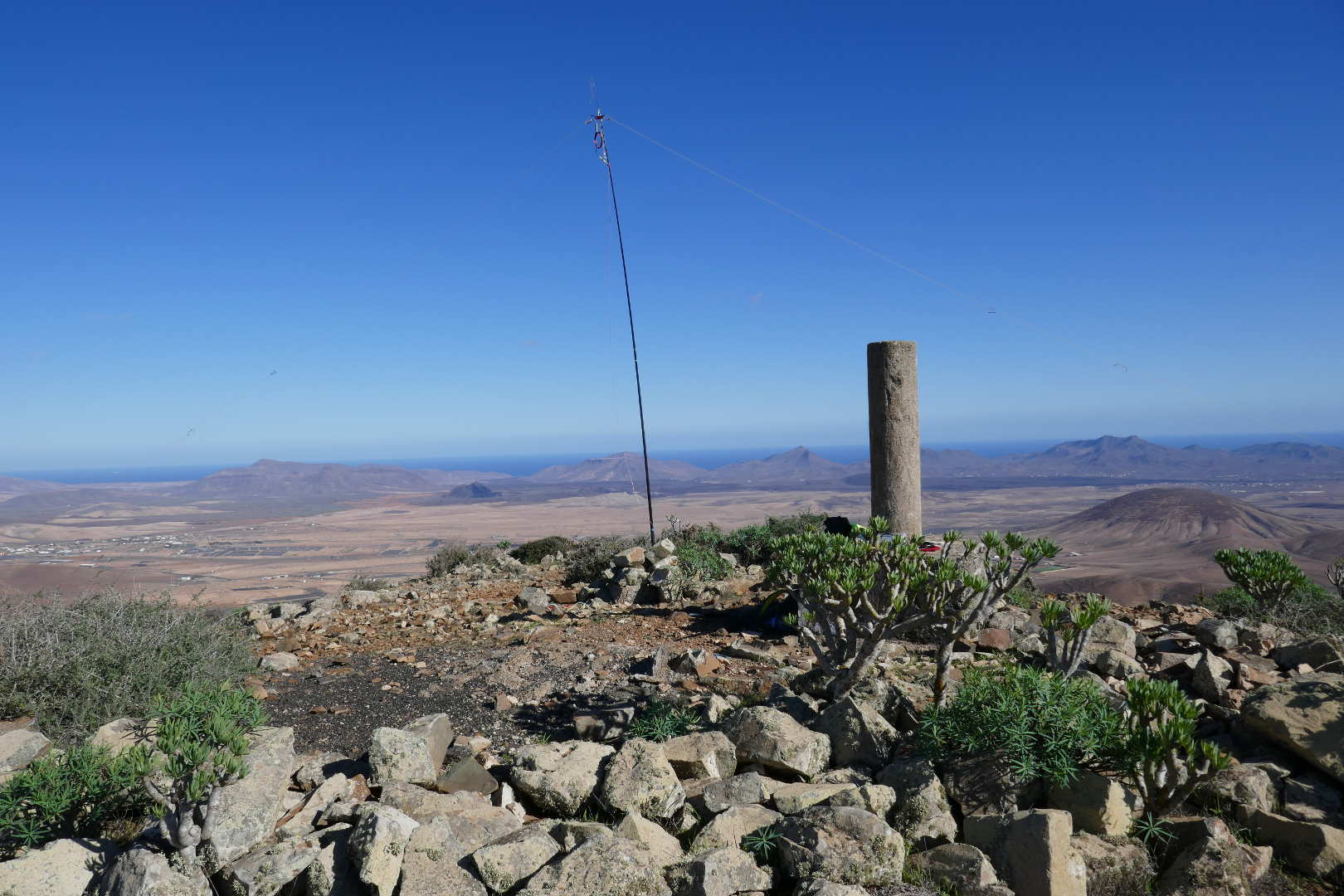 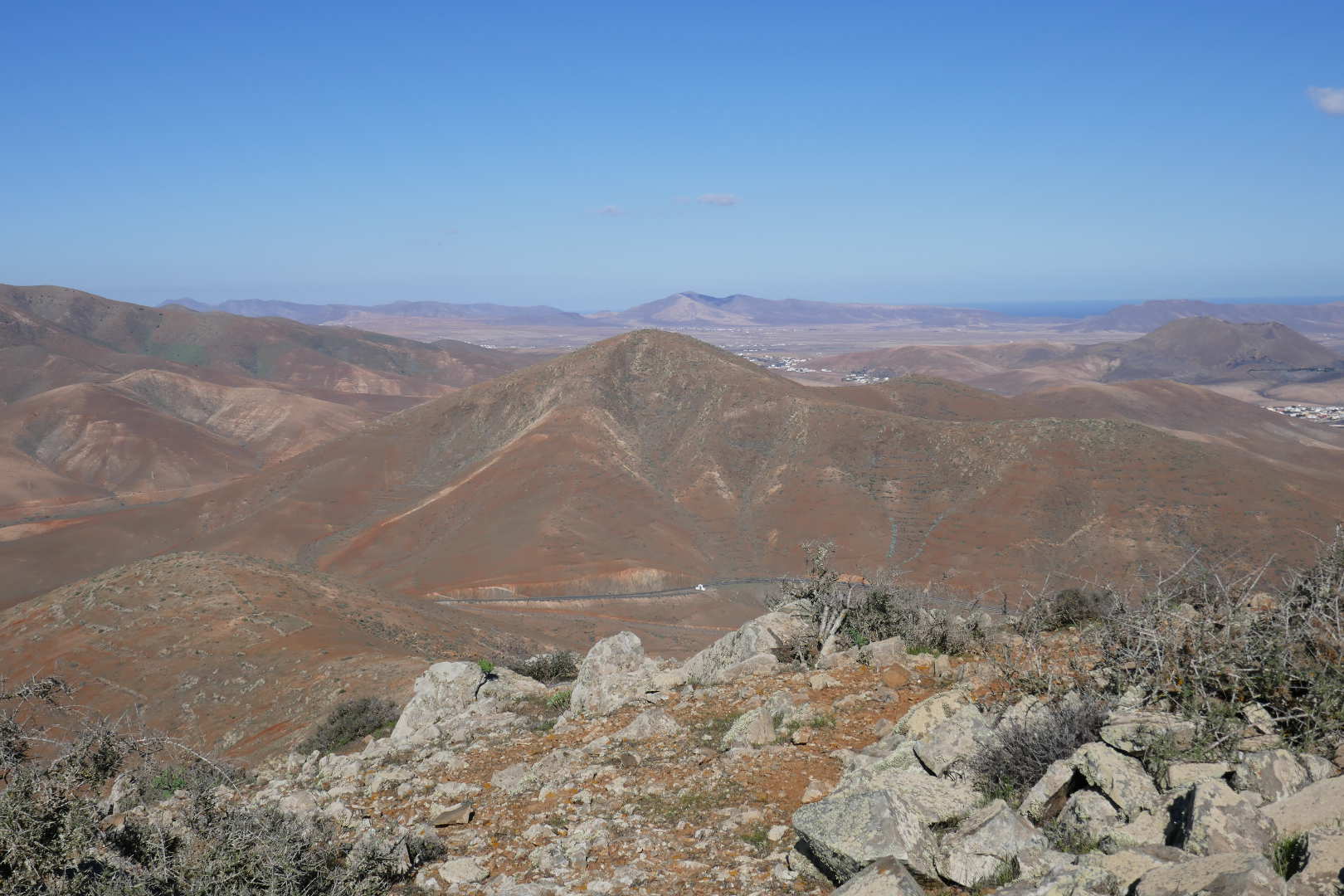 Neighbouring SOTA summit EA8/FU-006 Gran Montaña. There’s a path to the summit on this one. 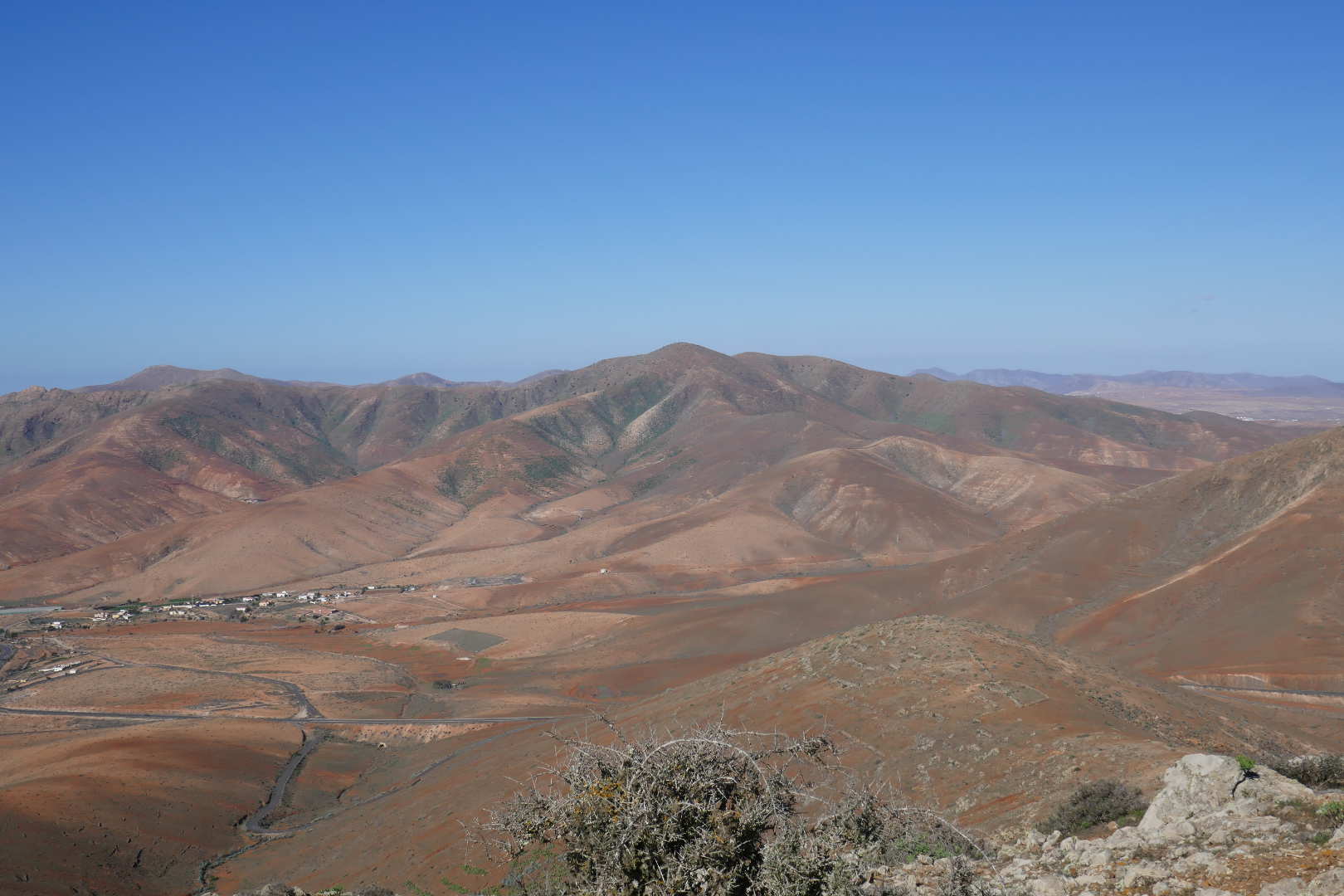 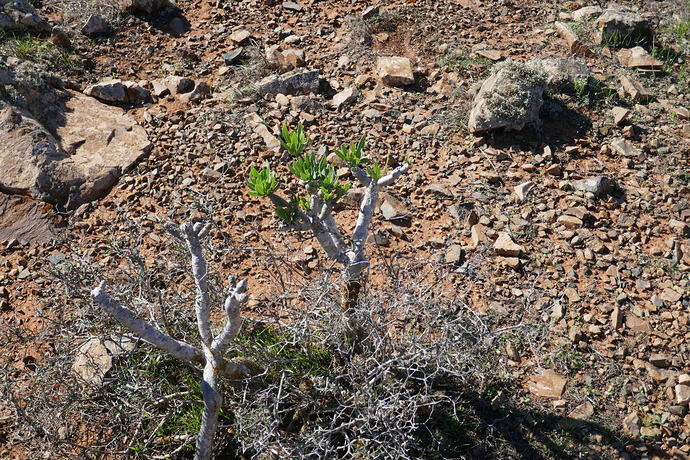 Happy activator, sun + 61 QSOs including being called by HZ1HB and 4U1ITU. 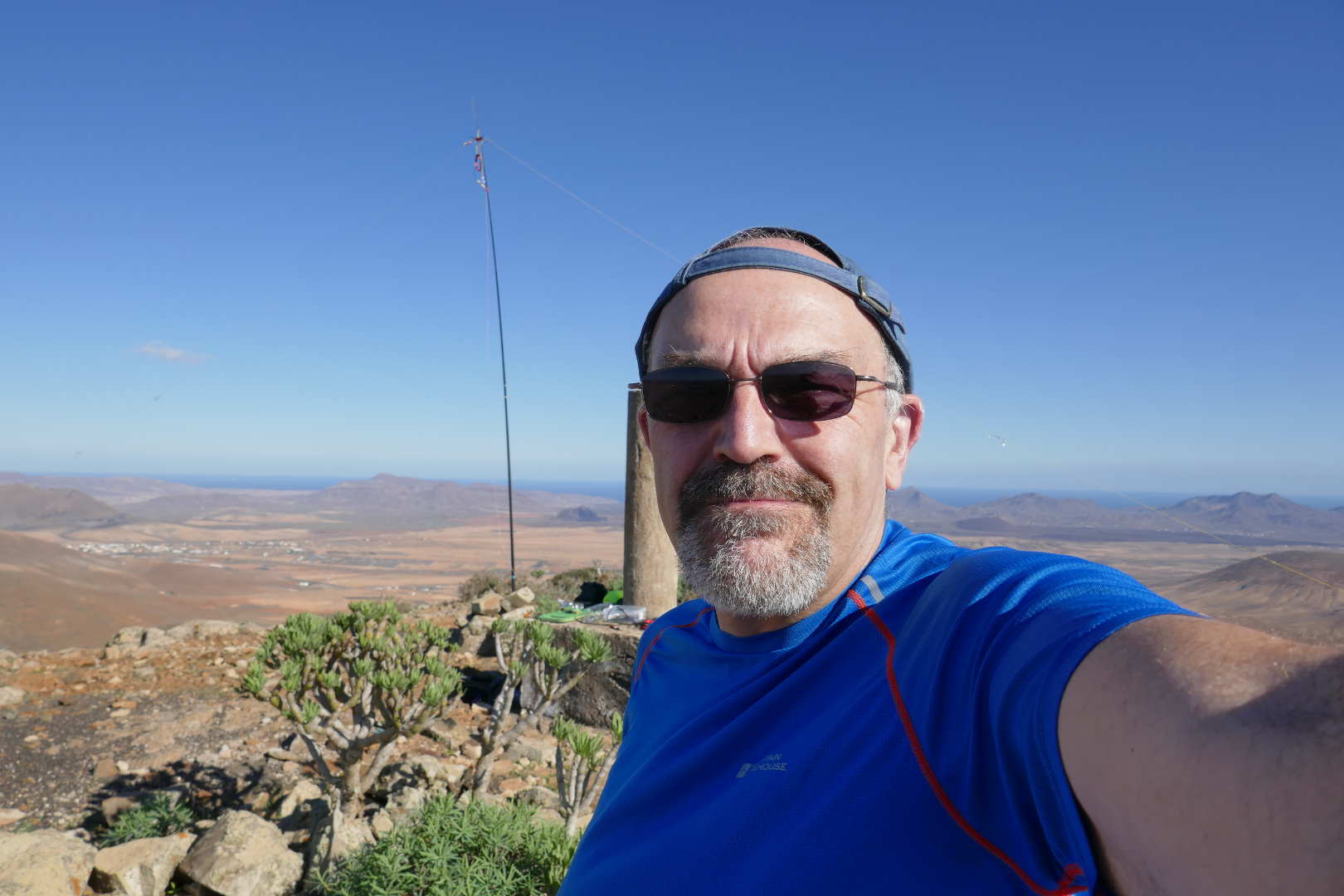 WX improving all the time. 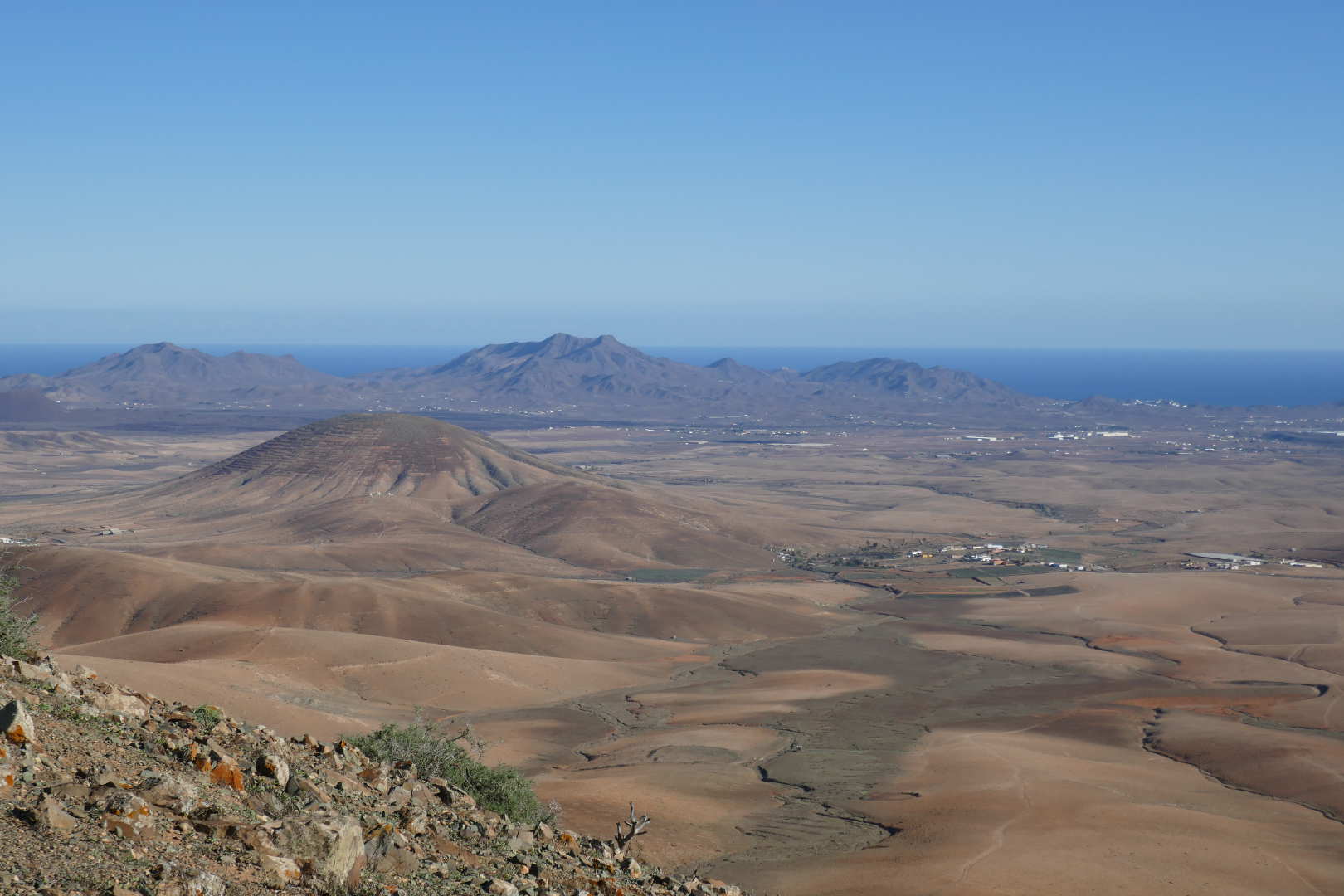 The spike in the far distance is EA8/FU-001 Pico de la Zarra. 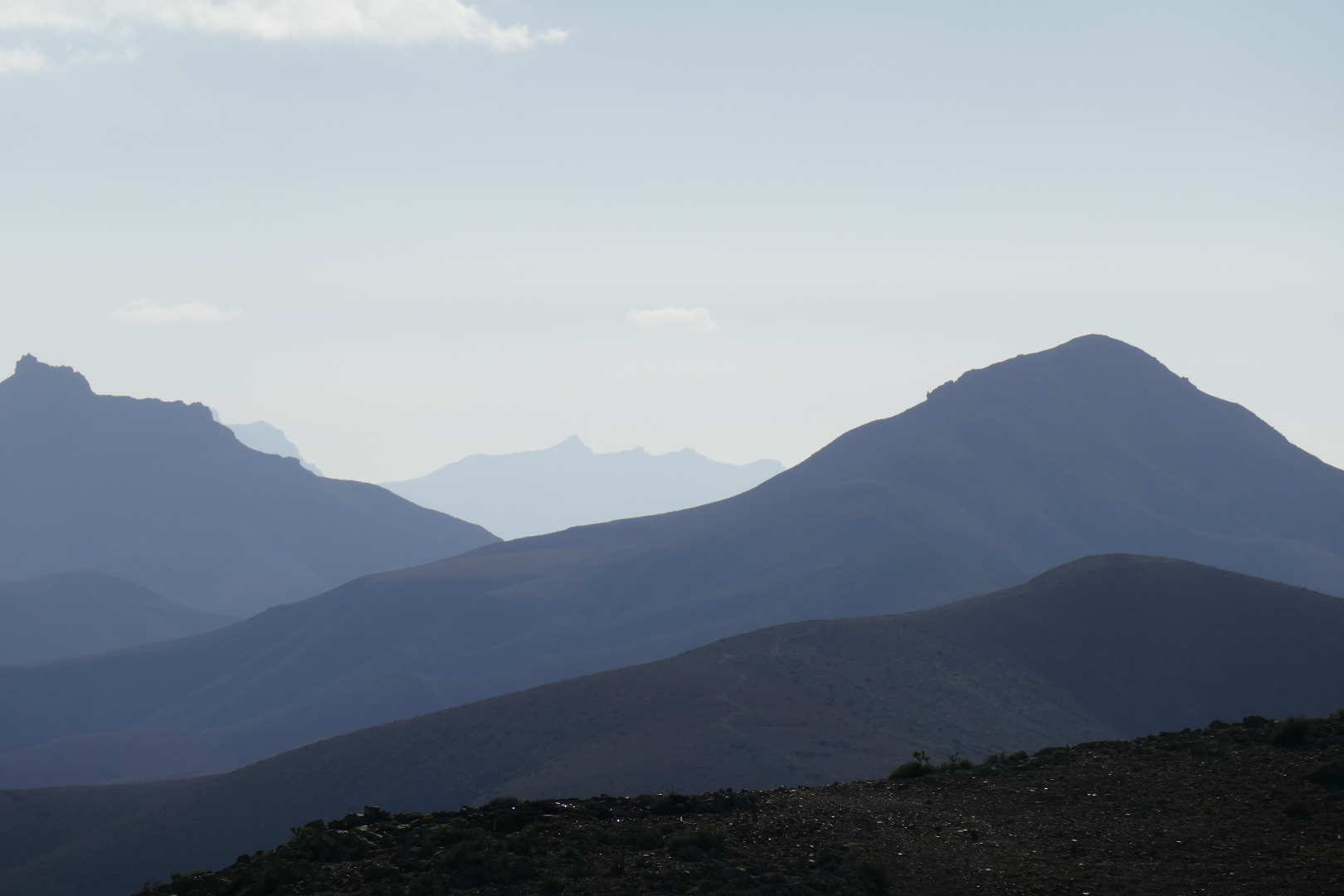 A wonderful day out, really good RF conditions, US and EU chasers, some exotic calls, no equipment fails. I did think I had forgotten the dipole centre but it was just hiding. Again, a key ingredient in this activation was Rob DM1CM’s mapping site and his dipole designer. Without the maps, activating in foreign parts would be much, much harder.

I think it’s about 9km in total. The volcanic rock here destroys footwear and I have “sacrifice boots”, Karrimor KSB200. Not the quality of the Karrimor of the 70s-90s., they last about year before the soles start to split. But light and ideal for overseas lightweight walking (they been in FL/VO, DM, F/PE, F/CR, OK and SP this year and on dog walks.) This pair were in really good condition to start. 9km later, they’re wrecked with bits of tread missing and huge amounts of tread just worn away. If you bring expensive footwear, don’t moan if they are destroyed by the terrain.

Such desolate and dry looking county and the views are stunning.

Thanks for the excellent photos.

Dr OM Andy,
Many thanks for sharing your experience and the fantastic pictures. I recognise the terrain of some summits on EA8/GC; sometimes scaring and without cell phone coverage dangerous. On Gran Canaria some hikers were never found back.
73 de Geert, PA7ZEE

I wish I had started my SOTA back in the beginning of 2000 when I was there. I remember the landscape by looking at your pictures. Sure looks fine and glad you made a good activation. Laughed a bit when you wrote about your hiking boots that they fell apart.
Cheers!

PS Agree about the SOTA Mapping, Rob’s creation makes planning our activations so much easier.

You wouldn’t have got any points in 2000 Jaan - SOTA was only conceived in 2002 and the EA8 association later than that.