Continuing from this thread: C4FM 4 SOTA

I had a very limited time window between a day of A Level maths coaching in a college in Crewe, and a two hour private GCSE tuition session in Wilmslow. Enough to nip up and down G/SP-015 and make a few QSOs on the handheld though. 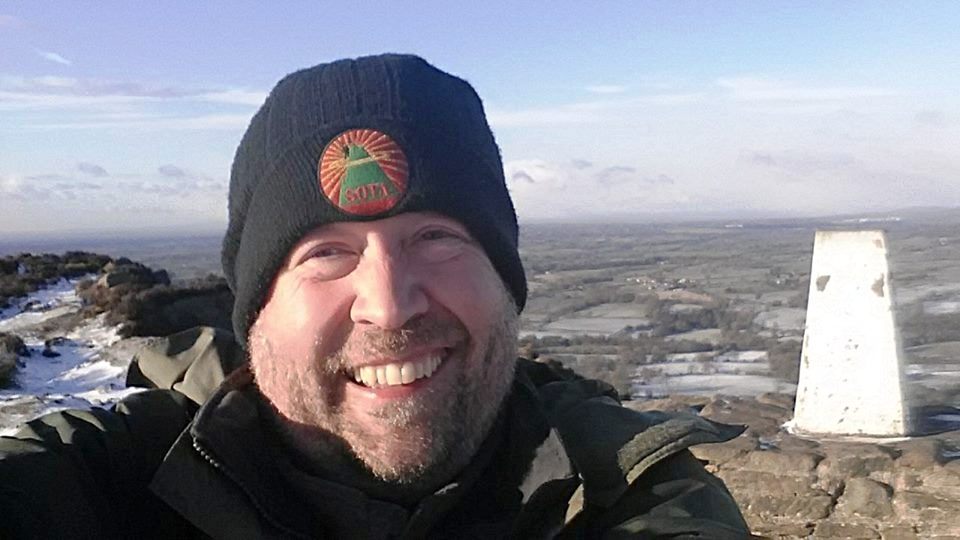 Hoping for all Fusion contacts, I posted notes on the North West Fusion group on Facebook, and in a PM to a local Fusion operator. I self-spotted on SOTAwatch just prior to commencing my 8 minute ascent. It was a very pleasant walk up in freshly fallen snow, and nice views from the summit.

Out came the Yaesu FT-70DE, on which I began calling CQ on 144.6125MHz C4FM (Fusion). To my surprise - nothing. Nothing at all. Due to my needing to be back on the road for my next bout of earning money, I couldn’t carry on calling much longer, so went over to analogue FM and worked Pete 2E0LKC and Anne 2E0LMD. A couple more calls on Fusion, but still no takers.

I later found out that members of the North West Fusion group had been monitoring, but hadn’t heard me. The two obvious improvements I need to make to fare better are to (a) connect to a decent portable antenna, and (b) spend longer than 4 minutes on the summit. Another time though, neither option was feasible today. 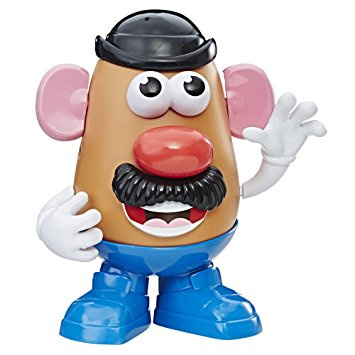 A bit too pointed, Steve.

Pointed or not, certainly inaccurate Steve @G1INK. I’ve made lots of SOTA contacts on C4FM over the last week; this was a rather anomalous blank.

Except that no it won’t. Snowing heavily, and have much to do anyway. The run of consecutive daily activations ends on 95.

Boo bad form, you should have done an activation today to complete activation everyday in February.

Anyway, I’m off up you-know-where and hooking up my Yaesu FT-70D Fusion rig with the SOTAbeams MFD. So everyone should hear me!

If it’s cold you’ll need one of these. Lovely afternoon. The QSO rate was very slow - zzz - as I persisted with 2m C4FM, but if ever there was a day for lounging around on a summit, this was it. Blue sky, sunshine, no rain, gentle breeze.

I was surprised that the combination of FT70D and MFD didn’t bring in greater volumes of Fusion contacts, but maybe I need to plan and promote it better - maybe a SOTA C4FM S2S / activity morning or something?

Only six QSOs on 20m, which surprised me. Even more surprising was that the two US contacts were K6MW in Washington State, and AB6SO from California! Nothing from the East coast at all!

Mainly a 20m activation this one, but I did take along the FT70D and included C4FM in my alert.

Several times I called on 144.6125 Fusion but no takers. I did get a handful on 2m FM analogue, but no-one that was DV enabled.

I had a choice. Either go and trudge up a hill in persistent drizzle and mist, or stay in to watch the Eurovision Song Contest on television. Tough decision. Now where’s my coat and boots…?

I started the walk about 8.50pm local BST, and reached the summit about 9.25pm. I managed to set up the MFD on the SOTA Pole in the last embers of daylight, but then needed my headtorch while connecting the feeder to the FT70D.

I also then needed my bothy bag as the fine drizzle intensified. I connected into SOTA-LINK via WIRES-X on the Shrewsbury node MB6SY, but no-one else was there. This was not the case on C4FM simplex on 144.6125MHz, where my first four QSOs were all made using 2m Fusion.

This was supplemented by eleven contacts on 2m analogue FM, making 15 for the activation in total. The rain persisted throughout the packaway and descent - but it was still better than watching Eurovision!

I had hoped to do an interesting and relaxed activation on 20m FT8 after an uncharacteristically lengthy spell (for me) of five days without doing any SOTA. However, a schedule of taxi runs for Liam in both the morning and the evening, plus a private tutoring session to deliver in the afternoon, plus a football match to attend in the evening, meant that I was restricted to VHF handheld operating.

My morning walk was up Gun, and it was a pleasant surprise when Greg M0NZO came straight back to me on 144.6125MHz C4FM (Fusion). That turned out to be my one and only C4FM QSO of the day! Turning to analogue FM, I worked John MW0XOT/P for a S2S to Plynlimon GW/MW-001. I took the opportunity to ask John about my continuing ban from the SOTA “Free Expression” Facebook group, as he is one of the admins there. He kindly promised to look into it for me. The activation concluded with two further 2m FM QSOs.

On the way back from the A-Level maths tutoring in Sandbach, I popped up to Cloud summit. At the top, a fellow walker introduced himself as G3ZAU, and stood by me throughout my activation, apparently fascinated by what I was doing! Five QSOs were made on 2m FM before I realised I had to make the pharmacy for my repeat prescription before closing time.

That’s about it really. Nothing interesting or newsworthy to report. It was just about getting back out and doing few steps on the hills again; I had been in “lazy mode” since my 71km backpacking walk last week!

Marianne is getting into this SOTA malarky. Well, not really. It’s the walk she likes. Fortunately, one walk she has rather taken to is the circular from Weathercock Lane car park / Timbersbrook picnic area, taking in Bosley Cloud summit.

I help to maintain domestic bliss by taking just a VHF handheld. Marianne does her bit by taking a bag of cakes and drinks. Anyway, four QSOs made - 3 on 2m FM, and 1 on 2m C4FM (Fusion).

Of course, we needed to visit Homebase on the way home, but I guess that’s a small price to pay for the rare pleasure of activating with the XYL.

Nipping out up SOTA G/SP-015 this afternoon. Will be QRV on 144.6125MHz C4FM simplex - so QSOs will be valid for SOTA activator (me) and chaser (you) awards. Trying a potential new SOTABEAMS product which may hopefully boost my signal into the Lancashire / Wales / Midlands areas - so please listen out from about 2.15pm / 2.30pm BST.