It almost didn’t happen. My goal for 2022 was to do at least one activation every month. But with the Plum Rain Season hitting Taiwan in force, every weekend in May was a no-go. That was, until the last one. With the ground soaked with water I had to choose an easy summit to climb, so BV/NT-036 it became. It is also known as Mount Guanyin (觀音山), named after the feminine Bodhisattva of compassion Guanyin. Apparently it looks like this goddess is lying on her back when you view it from afar. You can judge for yourself with this photo. 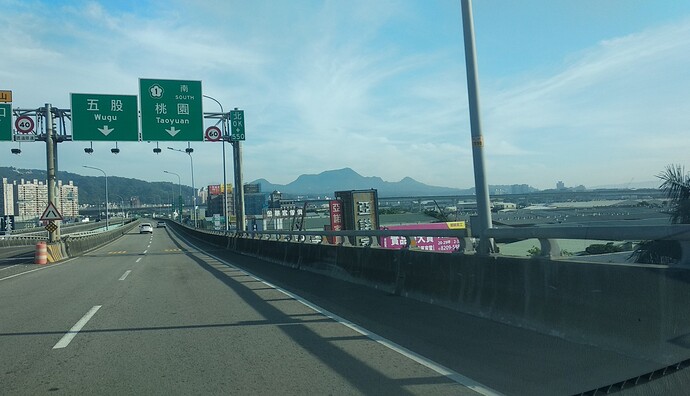 It’s a SOTA 2-pointer and I have climbed it before…this day 28 years, 6 months and 17 days ago. Then it was with my Chinese language teacher, her husband and a fellow student from Indonesia. I wasn’t a ham then, but a very fanatical shortwave DXer. Even then not much hair on my head. 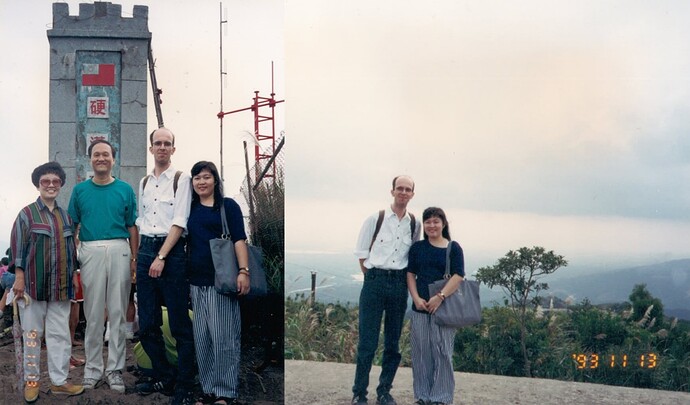 I got there early and it was all stairs up to the top. Still slippery with all the wet leaves covering the steps. For me it wasn’t a fun walk up. The temperature had already reached 28°C and the humidity was 98%. I worked out during the weeks I couldn’t get out, and that was a good thing, because my legs felt much stronger. But I was panting like mad, most likely due to the sinusitis I had two weeks ago and the subsequent use of anti-biotics, which always has a use impact on my bowels. (But let me stop here, otherwise I sound like I’m on 80 meters). 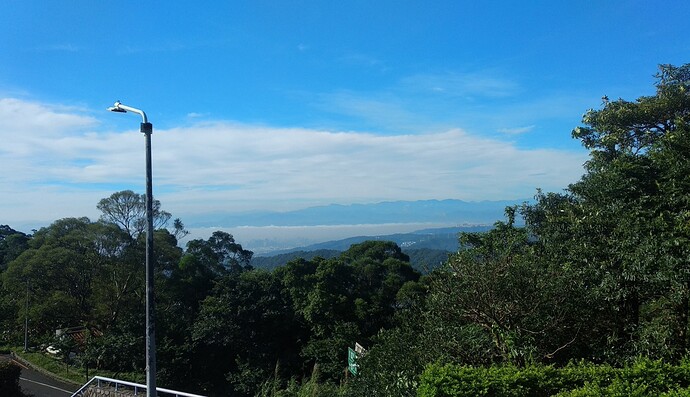 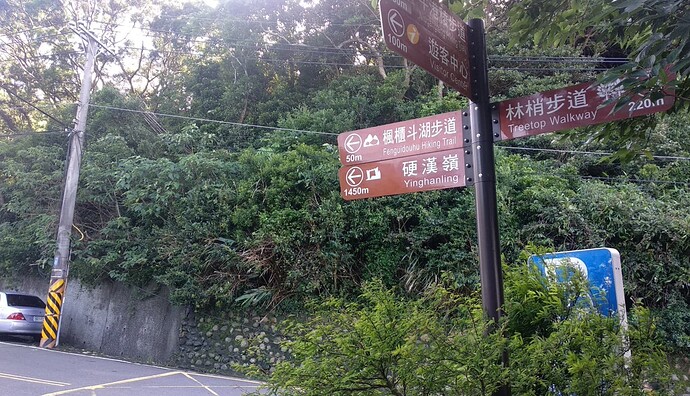 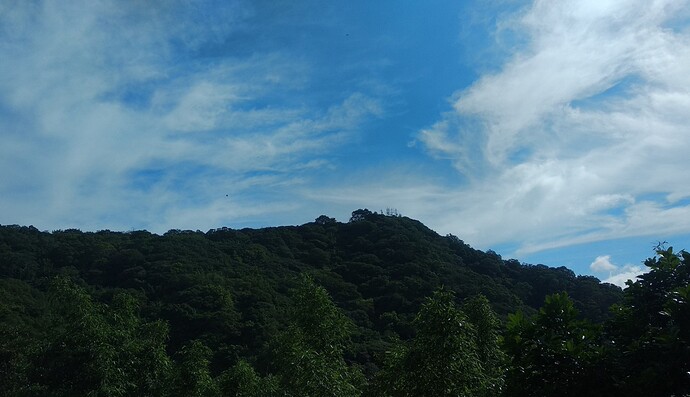 Yinhanlin is where the antennas are. 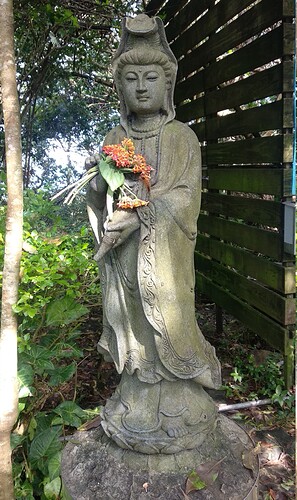 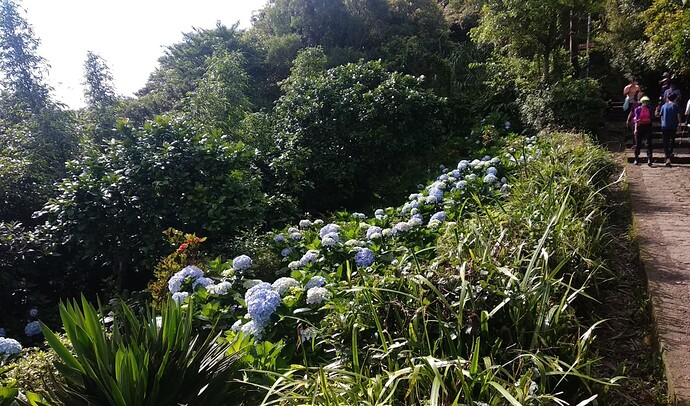 Beautiful flower displays while walking up. 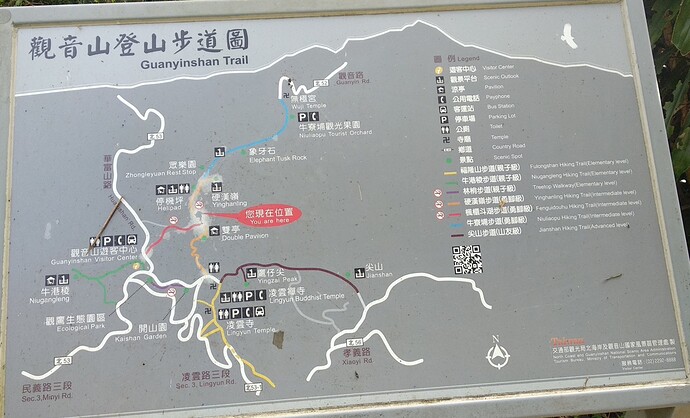 Guanyin is a very popular area to walk and hand out. 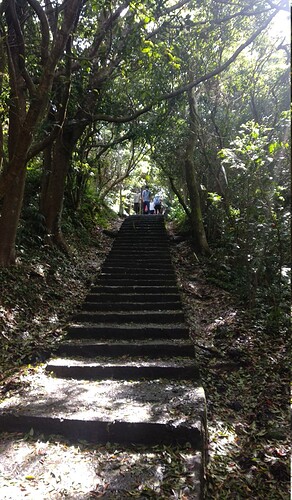 Still slippery because of all the leaves. 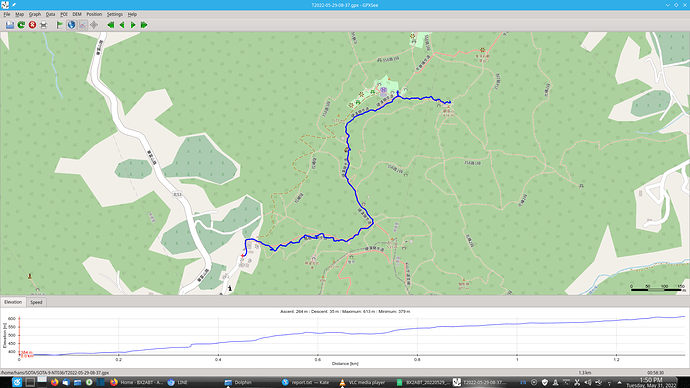 I made the 250 meter elevation difference in less than an hour, and once you’re on the top all the hardship from climbing up disappears instantly. Beautiful clear views to be had there. 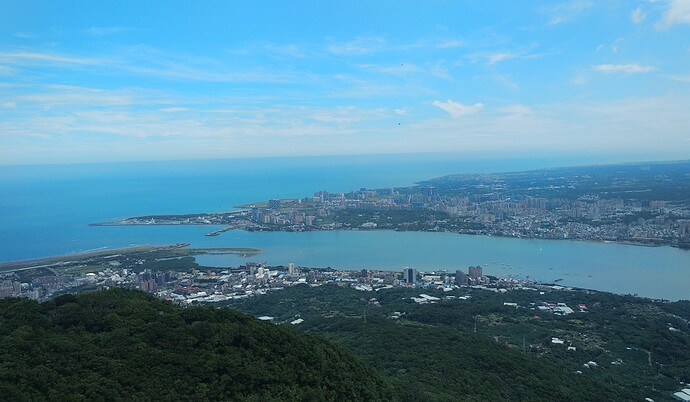 Danshui with the entrance to the Danshui river. 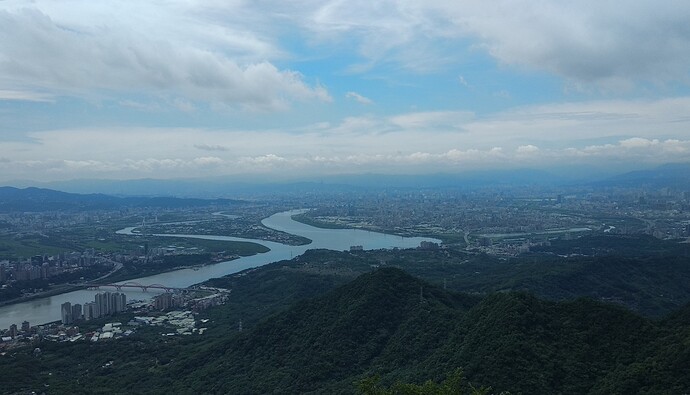 A good overview of how Taipei is situated in a large basin. 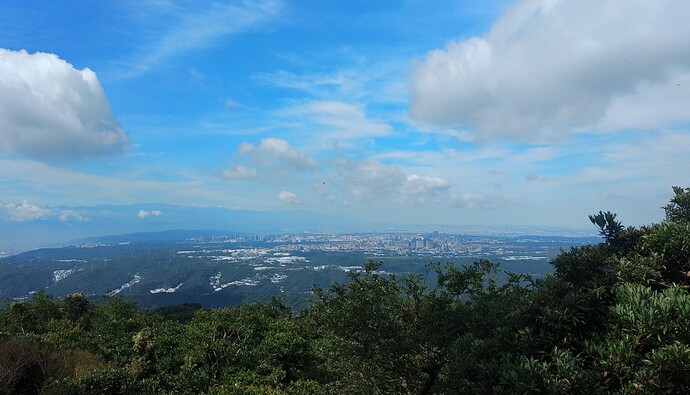 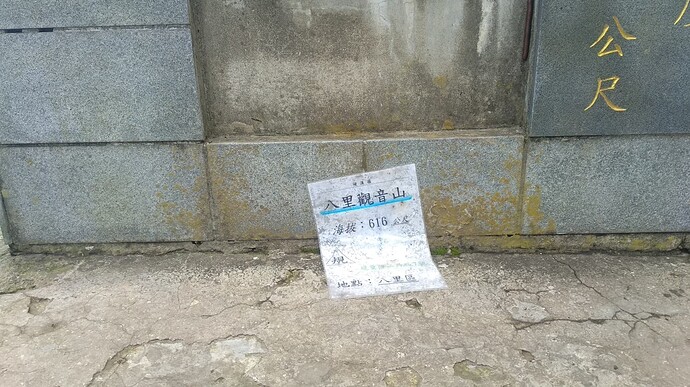 The sorry looking sign that says we’re at Guanyin Mountain in Bali District.

It was already getting crowded and I quickly found a spot to do my activation. Five minutes to set up, putting out two spots (one on SOTAwatch, the other on our local SOTA chat group), and then calling CQ. With the WPX contest underway I chose 17 meters and got the attention of a few OMs from Japan. But I also got a lot of attention from bugs. I never encountered these creatures before, but they were crawling all over you. In the beginning I simply brushed them off, but after 15 minutes they covered me all over and even crawled into my mouth and ears. Other people around me were also complaining about them, but no bug spray helped. 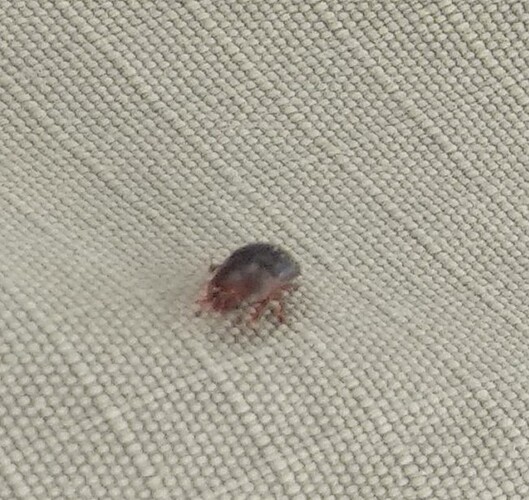 These are the tiny little bugs that crawled all over me.

There were also other true bugs in all sorts of colors and sizes, but they were just harmless and fun to play with. But these small buggers made continuing the activation impossible, so I packed up and went for another round of making some photos. 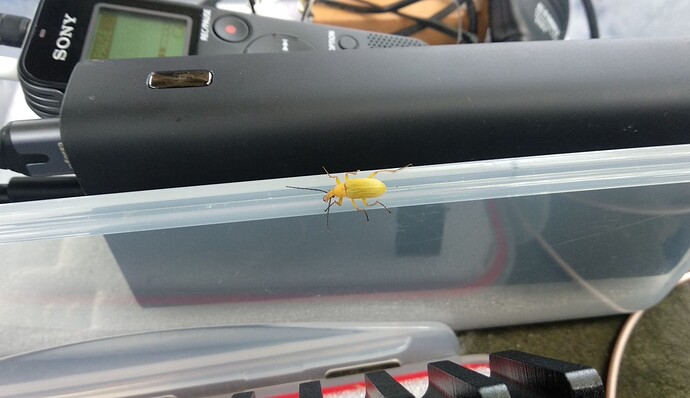 The only photo I took of my activation: there were so many bugs there in all colors and sizes 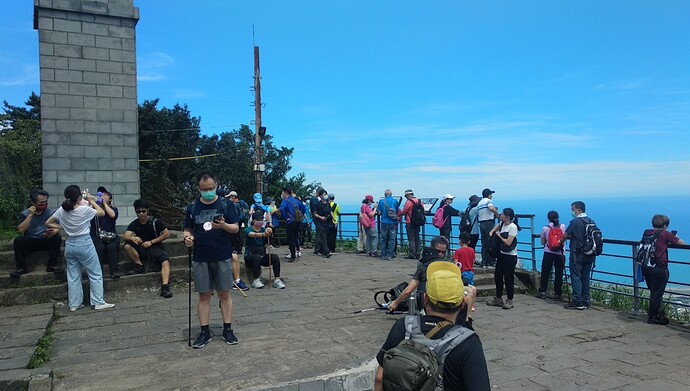 Only a small place to hang out on top, so naturally very crowded, especially on a Sunday.

Until now I’ve had a “first” on every activation I did. What about this time? Sure, there was, because just before I went down I saw a gentlemen wearing a CTARL shirt, with CTARL being a local amateur radio club. I asked him if he was a ham and indeed he was: BU2DB. He was there just scouting the area and didn’t bring any equipment. We had a talk and I called CQ on our local SOTA frequency. Lo-and-behold some people were listening in and after logging three more QSOs I handed my HT to BU2DB and he also had three QSOs. Not enough for a successful activation, but still the beginning is there. 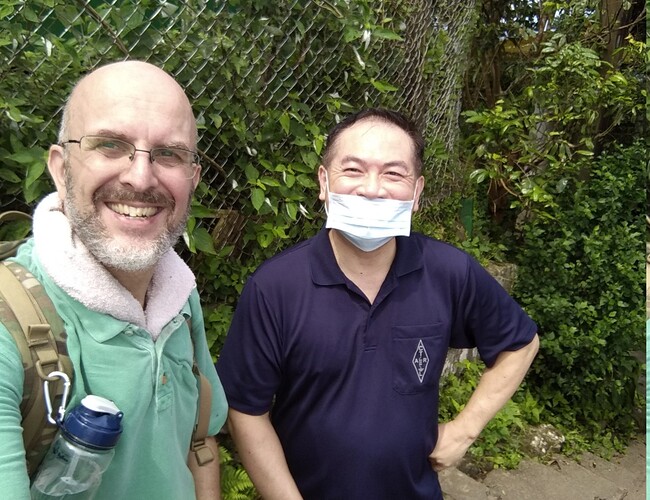 And while we were having QSOs another ham showed up as well: BX4AL. Long time no see, because it was over 6 years ago that we last met and we didn’t even recognize each other. Oops! Guess we both aged a bit too much. 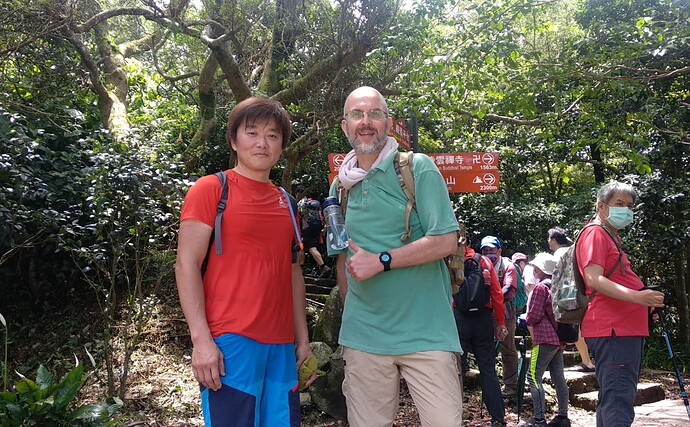 So after my “first” of randomly meeting some fellow hams on an activation I headed down to the car to brew some Vietnamese coffee and have lunch. 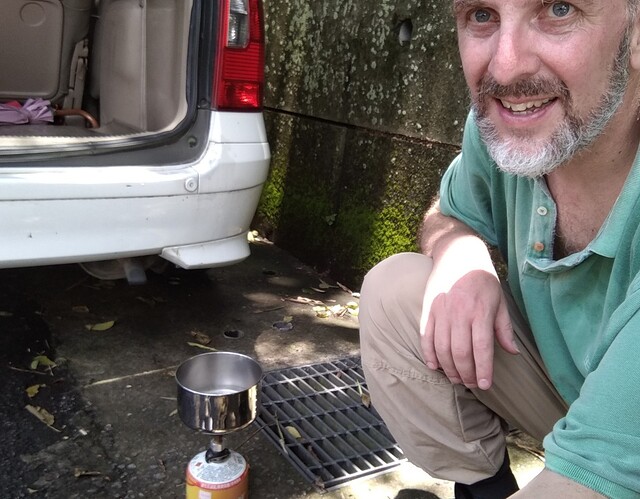 Feeling refreshed again I headed down to the beach to relax a bit and smell the salty air before heading home. 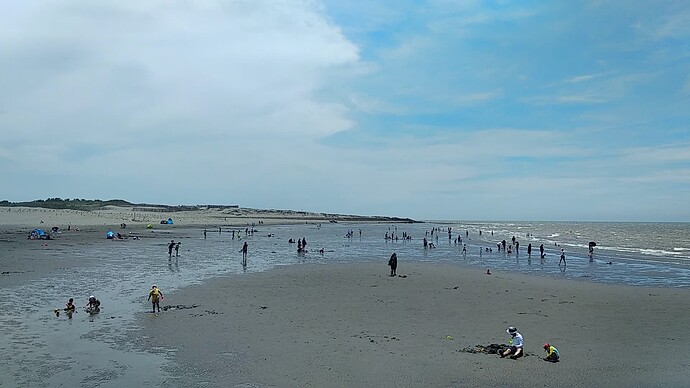 Thanks for a fantastic report Hans really enjoyed it. Especially the reference to 80m

Glad you liked it Paul. I’ll try to write one for every activation I do this year, my first year of SOTA.