Yesterday I paid another visit to G/NP-003 along with a black Labrador whose mission in life is to eat.
I normally prefer walking the north Pennines in winter when the bogs are frozen, but we’ve had a long dry spell and the bogs were only slightly soft! The drive to this hill ranks as one of the most scenic (IMHO) from Darlington on a sunny day.
This was my first serious activation with dog (previously I’ve only taken a handheld VHF for some ad hoc calls during the walk). What did I learn?:

The only item missing from your list is “Lying on the ground with leg cramp is a good excuse for cuddles!”

Just planning tomorrows dog walk with added activation - The Calf and providing I’m still feeling OK Yarlside… so expect the usual muppetry from yours truly with my sidekick attempting a Dog 2 Dog QSO… 73. Paul ( And a very well behaved Woody - he is very well behaved in the Shack… ).

PS… As Burhope Seat is a quiet hill I have usually used the trig point - there is still a hole in the top which makes an excellent base for the mast!

I think I heard someone responding but it was totally unintelligible.

That was me, I answered four CQs before giving up! So it was the filter - not as bad as the time I plugged the antenna into the inactive socket on the FT817, good job its a tolerant little rig!

Thanks for the QSO yesterday off Cheviot. Looks like you and K9DOG had a great day. 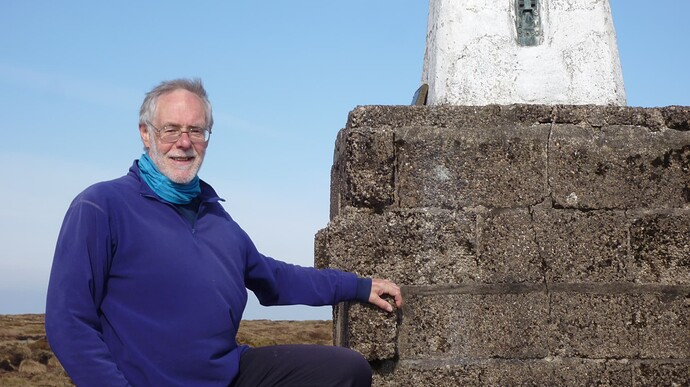 Thanks David, I realised last night when entering my log that that was a complete for me! It looks as though you had a nice day on the Cheviot; I have never had a nice day (weather wise) there!