I can try and make this tangentially SOTA related by saying I might operate bicycle mobile from a summit but really I’m just not sure where else to post it.

I’m experimenting with HF on my bike and suffering from the same sorts of problems as SOTA activatiors have - mostly being QRP. I found QRP spots but it doesn’t seem to do alerts.

Does anyone want a sked or can you suggest any qrp or bicycle mobile web sites to help?

I’m going to cycle down to the Firth of Forth this evening to see if the sea makes any difference. I’ll probably go out to the lighthouse at Newhaven. I will be on 15m and maybe 2m.

This is also really non-SOTA though I guess a few people are interested in (and indeed do use) bicycles on the way to activations. Was it Richard CWI who had an article on that in RadCom not that long ago?

Glad to provide contacts on both bands but sorry for lack of real antenna on 15m! I threw a quarter wave bit of wire on to the FT-817 just to have something but the SWR was ghastly (edit - whoops - that’s 'cos it wasn’t a quarter wave - fixed that and it’s much better!) - my HF antennas are currently all in Galloway! I could barely hear the chap you were talking to after me on HF.

Hope to catch you in an S2S some day before too long.

This is also really non-SOTA though I guess a few people are
interested in (and indeed do use) bicycles on the way to activations.
Was it Richard CWI who had an article on that in RadCom not that long
ago?

Ah well - hope to join you at those exalted frequencies myself eventually. Am building the LO for a 13cm transverter at present!

In reply to MM0HAI:
Does riding your bike while operating your radio come under the same regulations as using yor mobile phone when driving your car.Eg run some one over on a public footpath on a summit,73 Geoff

So maybe the same applies to bicycles!

Look at Rule 66 of the Highway Code.

I doubt that the Highway Code etc applies to footpaths in the hills, but that doesn’t mean you aren’t liable if you cause injury!

keep both hands on the handlebars except when signalling or changing gear
keep both feet on the pedals
never ride more than two abreast, and ride in single file on narrow or busy roads and when riding round bends
not ride close behind another vehicle
not carry anything which will affect your balance or may get tangled up with your wheels or chain
be considerate of other road users, particularly blind and partially sighted pedestrians. Let them know you are there when necessary, for example, by ringing your bell if you have one. It is recommended that a bell be fitted
.If you Killed some one when driving a car and using a microphone I think the police and courts would take a dim view of it.ATB Geoff

The last change to the law on phones when driving changed the use of a mobile phone when driving to an absolute offense. Before you could be charged with crimes such as driving without due care and attention when using a phone etc. It was necessary to show the use had some effect. Normally the court would accept the police statement and you’d need some considerable fortune to get away without a conviction especially if there had been an accident.

Now the offense is absolute you can be charged simply for using a phone whether it had any observable effect on your driving. i.e. policeman sees you with phone then you are guilty. End of argument. Phones are defined by the frequencies they use which means that devices which didn’t exist when the law was passed will be covered by the law. The new 4G frequencies will be added to the proscribed frequencies in due course.

Using an amateur radio is not per se illegal. It’s not a mobile phone by definition. However, all the existing law is still in force so that you can still be prosecuted for using a microphone when driving. So don’t think you have carte blanche to drive and use a handheld microphone. Don’t think you can later get off in court if you get stopped and charged with using a phone when you were using a handheld. Turning up in court with a smug grin and pointing out your phone wasn’t will most likely get you a charge of wasting court time (you should have pointed this out before the trial) immediately followed by a charge of driving without due care and attention or dangerous driving.

Here’s a hint: using radios when driving is not particularly safe not matter how good a driver you think you are!

… can you suggest any qrp or bicycle mobile web sites to help?

Not for spots, but with a searchable archive with information on bicycle-mobile installations and operations: http://www.bmha-hams.org/

It’s taken me a while to remember the chap’s callsign but David G4AKC would be a man to contact as he does lots of pedestrian/bike mobile operating.

Rule 66 says you SHOULD keep both hands on the handlebars except when signalling or changing gear (plus some more stuff), which means it isn’t illegal to ride one (or no) handed, just not recommended.

The law about not using a mobile phone whilst driving is specific to driving, it doesn’t apply to bicycles.

As I understand the law, it is not a specific offence to operate a mobile phone or radio whilst cycling. There are catch-all offences of “Dangerous Cycling” and “Cycling without due care and attention” (RTA sections 28 and 29) which may come into play if the boys in blue don’t approve of your activities or you are involved in a collision.

The biggest issue I have is actually more practical - wind noise makes both transmitted and received audio difficult to copy if you are travelling at above walking pace. I would personally be happy to operate using a light headset and locking ptt if I could find one that was comfortable and immune to wind noise. I’ve tried some of the devices like the in-ear bone-conducting headset sold by some Hong Kong based eBay sellers, but not been particularly impressed by them.

I have used a bicycle for SOTA (G/SE-002, G/SE-003 and G/SE-004 in one day - 108 miles on the bike and qualifying all three peaks in under 12 hours), but only used the bike as an antenna mount on one summit - and that was with an MFD-style 2m dipole pushed into a pannier to hold it upright, rather than something that would work whilst mobile.

I also tried some APRS experiments on the bike. My sport is Audax and Ultracycling (fast, unsupported long distance riding - for example my favourite annual organised event is a ride from Chepstow, up through mid-Wales and the Elan valley to Aberystwyth, pushing up through Snowdonia and Pen-y-Pass to Llanberis, over to Menai Bridge, then back to Chepstow. I ride to the start and back home afterwards, so cover 600 miles on the bike between leaving home on Friday evening and returning on Monday morning). I thought it’d be good if my family could track me on aprs.fi - if it shows that I’m still moving then I’m still alive. For this I used a 2m antenna securely mounted to the back of the rack. Unfortunately the UK APRS network doesn’t give good enough coverage, especially when operating on low power into relatively inefficient aerials. Cranking up the power isn’t really an option as this means carrying multiple battery packs or heavier high power radios that would interfere with the cycling.

In reply to MM0HAI:
Hi There

Whilst SOTAing this weekend I worked Simon G4SGI/M on 4m. He was Bicycle Mobile in and around Cheltenham! He has told me of his setup and it seems safe and very sound! Furthermore the Audio quality was not distorted in any way!

I think if you type G4SGI into Youtube you can see a video of his setup, Full face helmet with hands free mic built in, It is a very good setup. I have tried it in the past but the wind noise over the microphone makes it hard, however the biggest drawback is the lack of air getting to your lungs.

With regards legality issuses in the Car, I operate mobile to and from my work QTH everyday! I used the Hand mic up until I read about an M3/6 in PW who ended up in court!!

I went on ebay and found a Handsfree kit for £22 pounds! Far cheaper then any court bills and legal fees, plus its safer and 100% legal! Alan M0AQC provided the handsfree, it works very well on all the current crop of mobile VHF/UHF mobile FM rigs! Plugged it in and it worked 1st time, what more do you want!!!

I should be getting a commision for the above post, apologies if advertising or promotion is not allowed on the refelctor!

It is, if - in the opinion of the Police Officer who stops you - your ability to be in control of the vehicle was in any way impaired. Under the British justice system, the Police Officer’s opinion will always take precedence over yours.

With regards legality issuses in the Car, I operate mobile to and from
my work QTH everyday! I used the Hand mic up until I read about an
M3/6 in PW who ended up in court!!

I seem to remember reading this story back last year. Wasn’t the guy actually stopped at some traffic lights when he was approached by the police for using a microphone?? I think he tried to argue that in effect, as he was stopped, he was in control of the vehicle.

Of course, if you really want to have high end bicycle mobile, then you need to be thinking of this kind of setup:- 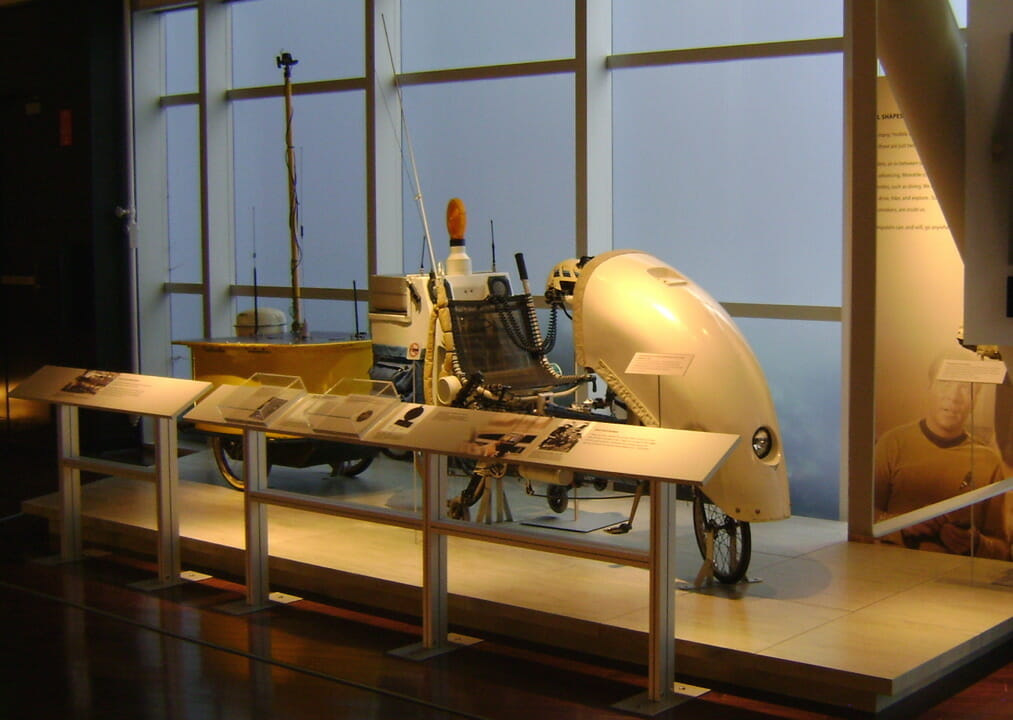