It’s a local one for us, and one that I return to regularly!

Suspect that the way to go is Handheld on 2m, with a dipole or flowerpot antenna strapped to the rucksack and be classed as mobile (the antenna is moving with you). Walk about on the summit plateau and then that will get around that problem

Like Tom says, if they give anyone any future grief, pull out a mobile phone and say “does this class as not allowed?”

Very sorry to hear about your problems on Stiperstones. we were there on Wednesday, and have been many times before, and have never met a Ranger or had any problems - apart from dealing with questions from interested passers-by.

However, in case this turns out to be a ‘local’ issue, it is worth reminding activators that the National Trust wardens on Pole Bank (G/WB-005) are much more often encountered and they will move you on if you are operating on their land. This problem can be easily avoided if you read your map or GPS carefully as their is a portion of land that is outside their boundary (check the red lines carefully! Basically, if you are walking up from the Shooting Box CP (the highest one with a tumulus beside it) towards the trig point continue the ascent (and a bit of descent) until you see the fence beside you on the right. From this point (or soon after) the land on your left (the Church Stretton side) is NOT NT property. Either push through the heather or walk on until a crosspath cuts the track and an old track will be seen sharp left which takes you into this area almost parallel to the way you have walked up. Wander along this and set up where you will or drop off a bit lower on the the Eastern side if you are a less hardy HF type and want to snuggle down!

Another tip is to go in pouring rain (like last Wednesday afternoon) and you won’t meet anyone but it is still good to know you are on ‘safe’ ground. No problem finding this weather on any day, except Sunday, in the following week according to our forecasts so plenty of scope!!
Viki M6BWA

The CROW Act 2000 (as amended) that established Access Land gives the public the right to use that land for the purpose of “outdoor recreation”. The act gives examples of what can be done (e.g. walking) and what cannot be done (e.g. cycling) but most activities are not cited. Only a court can determine what is or isn’t permitted, and the costs of doing this are considerable. I think it is reasonable to consider SOTA as “outdoor recreation” and it would be a brave and wealthy person who decided to challenge this in court.

The bylaws for NT sites - including the most-activated SOTA summit in the world - The Cloud G/SP-015 - do explicitly forbid the erection of a mast for radio-transmitting purposes - and lots of other things too - unless there is prior written permission.

However, the intention of this is basically to cover most things in case action needs to be taken. NT is on record as saying that “low-impact” activities are tolerated with individual permission not required, and furthermore that they regard a temporary AR operation as “low-impact”. The bylaws do probably intend to protect against much larger and obtrusive things than anything we deploy!

In most cases activations won’t be interrupted by rangers, but if they are, it’s best to be cooperative even if you suspect they are acting beyond their remit. After all, the present overall situation is tolerable for us and we don’t want to cause meetings to happen and policy to be reviewed and strengthened.

It seems that the Shropshire AONB summits are where this intervention happens. Fortunately, that’s a great VHF area. So if there’s a problem, you can compliantly pack away and get any needed remaining QSOs with a handheld.

Often though, the intervening warden has made an assumption that you’re set up for the day or the weekend, and when you tell them you’re going to be gone in half-an-hour, their stance softens and they say that’s fine!

The NT does have a proportion of employees who think the location/hill/house is “theirs” and that the public are the problem. At one house near to us a few years ago we were walking (only) on a PROW within an NT property and were set upon by a shouty woman demanding to see our admission receipts. Not arguing about the right of way, we produced our membership cards and asked for her name. No name given : she stomped off in a huff to annoy someone else.

definitely not in Pamplona over the last days, with snow, rain and plumby sky.

The NT does have a proportion of employees who think the location/hill/house is “theirs” and that the public are the problem.

Whilst that may be true, I think that there is a wider problem here: the use of the law to define rather than simply prohibit and thus protect. The stricter the (by)laws, the more important the place is, right? Unfortunately, it’s often the less special places that feel the greatest need to inflate themselves with a puffed-up set of unnecessary restrictions. I’m sure we all know somewhere amazing both scenically and ecologically where there are no restrictions whatsoever; and they are centres of intense outdoor activity.
What’s more, I fear this need to arbitrarily sanctify nature is going to become increasingly common. And yet the question remains: what impact did you have on the local environment, and birdlife in particular, compared to a windfarm? That said, all my encounters with rangers have been extremely positive.
73 de OE6FEG
Matt

I had the same adventure with a guard from the natura 2000 zone (F/CR-254). He explained to me that my fishing pole was a construction and not compatible with the area. I replied that the pole removed, there would be no traces and no degradation. So he insisted on protecting nature and that I was irresponsible. he made me laugh a lot because in this area the industries dump toxic products into the sea with the agreement of the government.
Morality, I dismantled the antenna and I insulted the guard, I needed to let off steam.
SOTA FEVER … 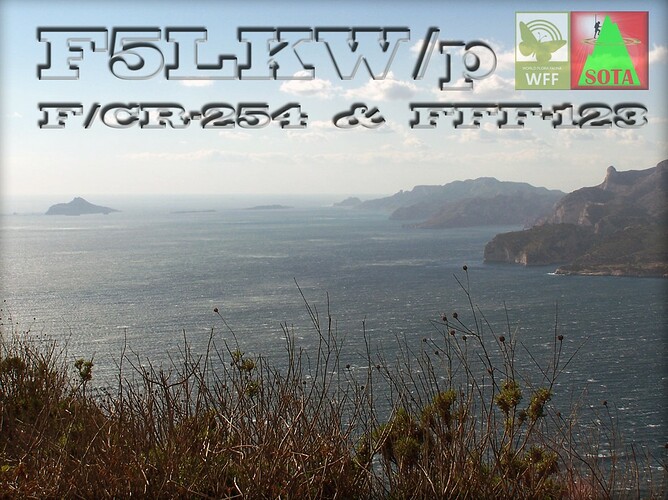 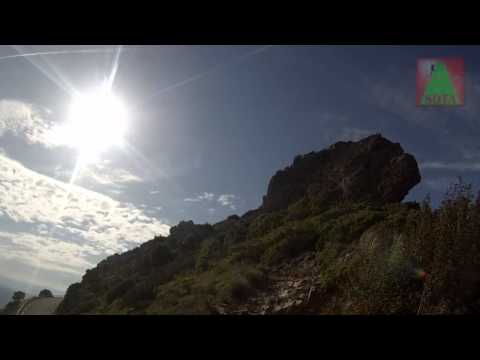 It seems odd to me that we are encouraged to visit the countryside for our mental health through difficult times, then when we do exactly that there are suddenly “too many visitors”.

I insulted the guard

Half a world away - but oh so familiar!

As someone who’s spent more than half their working life either as a ranger or in wildlife management, I can say ‘I know that ranger’. Or several like them!

My policy when faced with rangers or others claiming authority over that land I’m on is to:
1): Ask if they are saying that what I am doing is prohibited, or if it is allowed, but they are just asking me to stop as they are worried about it’s impacts.

If they are merely concerned, I’d have a friendly conversation giving them the chance to explain what it is they’re protecting, their concerns and just comply. Such compliance is not ‘binding’ it’s a one-off resolution to a human confrontation, and does not affect the ability of anyone else if the call is wrong. As rangers you have very little power to enforce, little recourse to science and hard evidence in the field, but are charged with protecting a huge range of values, many of which you can’t be expected to know the fine details of. So (as a good ranger) you express your concerns, admit your lack of certainty, and hope that through goodwill you can achieve a good result.

If they claim an action is prohibited (and if I disagreed/doubted), that’s another thing. I would ask what act it is prohibited under, and expect them to be able to give details of the act and what/when/how it prohibits it. If they still insisted then I’d ask for identification, contact details for them and their manager, and then comply. I’d make sure to follow up with a letter to that manager asking for details of the regulation and how it covered my activities ‘for my own information’. There is a history (here at least) of departments exceeding their authority in banning access and activities that we have a legal right to - and letting that pass and become the norm impacts not just me but all who follow.

when we do exactly that there are suddenly “too many visitors”.

A problem that will only be exacerbated as more areas are closed off. But here, I’d better not say another word…
73 Matt

OT: With number of non-stop scam calls allegedly from Amazon (Prime subs), Microsoft Tech Support, BT Internet, VIrginMedia Internet, VISA security (unauthorised foreign transactions) all of which originate from the Indian sub-continent, that I receive on my landline phone, I have learnt some Naval strength swearing and insults in Hindi. Delivering these to scammers not expecting you to know Hindi insults is brilliant. They start swearing back and that’s when you know you have won

With number of non-stop scam calls … that I receive on my landline phone, I have learnt some Naval strength swearing and insults

Or you could hang up as soon as you hear them greeting you but not by name.

We don’t get many calls on our landline anymore and 90% of them are scam calls. Scammers [or their computerised machine] hang up immediately if your phone goes to voice mail. If we hear a non-scammer’s voice, we pick up.

Or you could hang up as soon as you hear them greeting you but not by name.

Where’s the fun in that? I’m normally sat here at home working when they ring so I can waste their time whilst a compile job runs etc. and when they are getting annoyed with me they are not hassling some little old lady who may think they are genuine.

We were also having several scam calls until I recently signed up with a service (I don’t remember the name but I could find out if you were interested) and we don’t get any now. I guess they are now making money with the personal info (telephone numbers, email, full name and ID number) I gave them when I signed up.
But I don’t get any harm with that (so far) so I guess it was worth it.
73,

all of which originate from the Indian sub-continent

In the scam calls we get in Spain, they usually have Spanish-American people speaking.

That makes sense: the scammer’s country depends on the shared language and perhaps their colonial history with the ‘scammed’ country. The empire strikes back.

The empire strikes back

My favourite Star Wars film is Rogue One BTW.